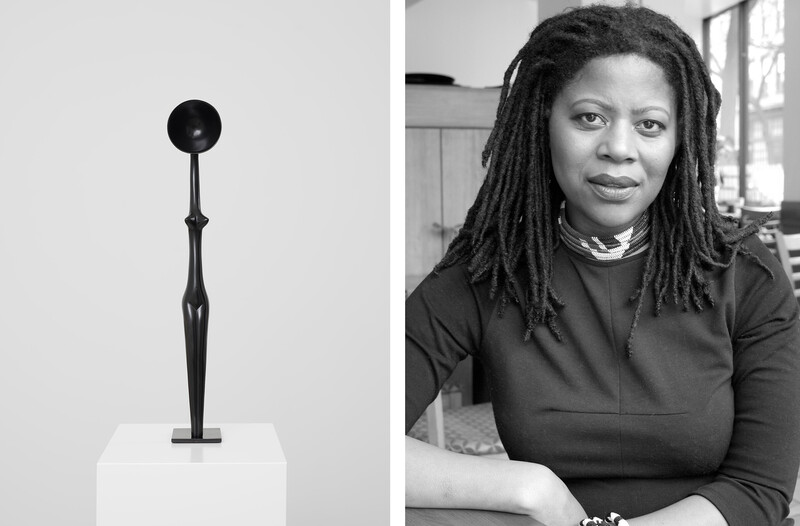 Leigh’s practice is informed by her ongoing exploration of Black femme subjectivity, and her objects often employ materials and forms traditionally associated with African and African American art and material culture. Through her investigations of visual overlaps between cultures, time periods, and geographies, she confronts and examines assumptions about the female body, race, beauty, and community.
Simone Leigh says,
‘I am very excited to support Color Of Change with this benefit work. As the largest online racial justice organization in the country, they are designed for this moment in history to help us win. Our relationship dates back to 2015, and what I really love about their work is that they create campaigns powerful enough to end harmful television shows like Live PD and Cops as well as doing the important work on voting. Our Count is a voter mobilization movement led by Color Of Change that is focused on building Black political power, amplifying Black voices and making sure every Black vote counts. I’m thrilled to support work that will champion solutions that move us all forward.’
About ‘Sentinel IV’
The ‘Sentinel IV’ is a 20-inch-tall cast bronze edition derived from the monumental ‘parent’ sculpture of the same name. Atop a recognizably female body sits the face of a spoon in place of the figure’s head. This form is inspired by an object used in fertility rituals, with the title of the sculpture alluding to a guard or watchman. Although contextualized within the architecture of the Black female body, the ‘Sentinel IV’ does not prioritize the physical form as its subject matter. It addresses the social reality that arises from the use, consumption, and creation of objects, as well as the behaviors and rituals they create, communities they serve, and the belief systems they uphold. Rather than seeking to represent a singular person or figure, Leigh depicts many things simultaneously: a state of mind, an interior or external experience, an invisible history.

Recognizable within Leigh’s sculptural language is the tradition of referencing early African American forms, such as the face jugs of the American South, as well as Americana used to essentialize the black body, production of which spiked in the USA in the 1890s following the Civil War. These objects, such as the ‘Mammy Jar’, were later popularized during the Jim Crow era, as the exaggerated creolization of facial features in urns, jars, and bowls came to signify the representation of Blackness in America.
In this new body of work, Leigh is informed by a vital sculptural tradition of West and South African provenance. This can be seen in the sculptural custom of combining the body with tools, creating carved hybrid forms which often function as spiritual or ceremonial objects.

As in the case of its larger counterpart, the smooth bronze surface of ‘Sentinel IV’ does not buttress the idea that Black women are innately strong and invulnerable, working instead to abstract their formal characteristics. This form exists in a category described in West African Art as a power object, something that acts either through formal significance or ritual use.
Leigh has chosen this sculpture in support of an organization doing critical work to create a more equitable and just world. 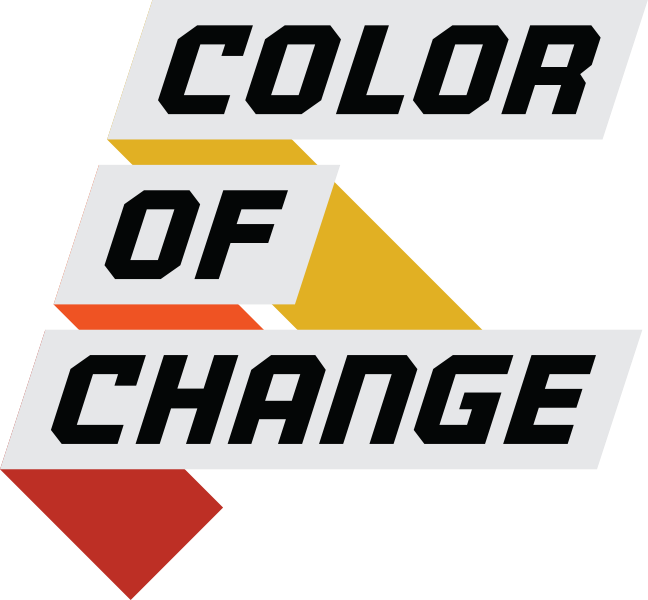 Rashad Robinson, President, Color Of Change says,
‘Color Of Change is thrilled to partner with Simone Leigh on this important fundraiser during such an important moment for racial justice in our country. Major social change has never happened without the voices and contributions of artists and cultural leaders. Simone’s work makes visible and palpable the subjectivity of Black women, whose experiences and leadership have always been central to struggles for liberation nationally and globally. We are honored that the sale of these incredible new art works will not only support our continued work, but will live as an example of the central role of artists in advancing justice and demanding a safer world for Black people.’
About Color Of Change
Color Of Change is the nation’s largest online racial justice organization. We help people respond effectively to injustice in the world around us. As a national online force driven by millions of members, Color Of Change moves decision-makers in corporations and government to create a more human and less hostile world for Black people in America.
–
For more information on Color Of Change, visit their website, for more on Simone Leigh, click here.