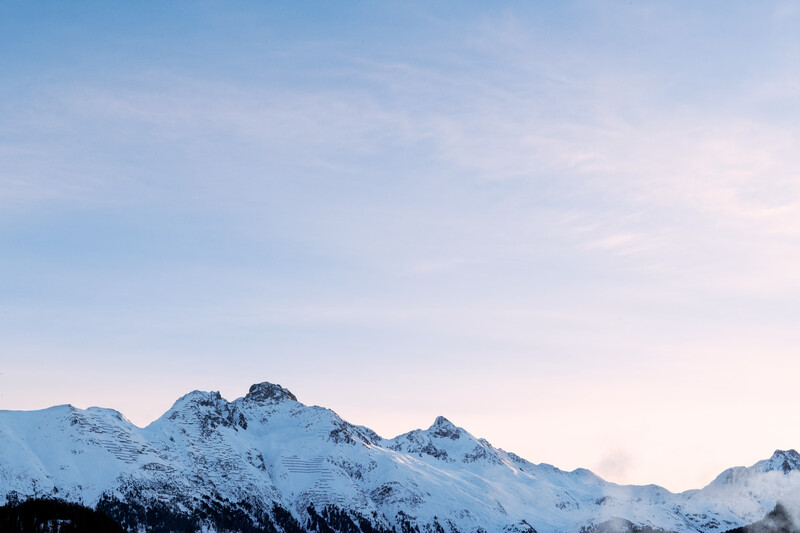 This winter we celebrate three major shows in our native Switzerland. Within the unparalleled setting of the Swiss Alps, experience work by Jenny Holzer, Pablo Picasso and Alexander Calder, artists with remarkably diverse oeuvres and worldwide recognition. Light projections, towering sculptures and rarely-seen artist portraits are all given a new, invigorating context within the natural beauty of our Gstaad and St. Moritz locations. 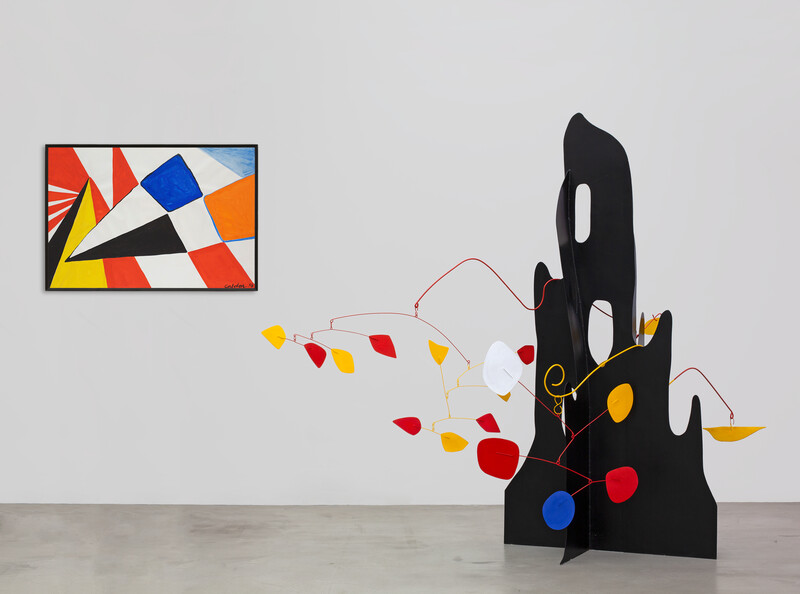 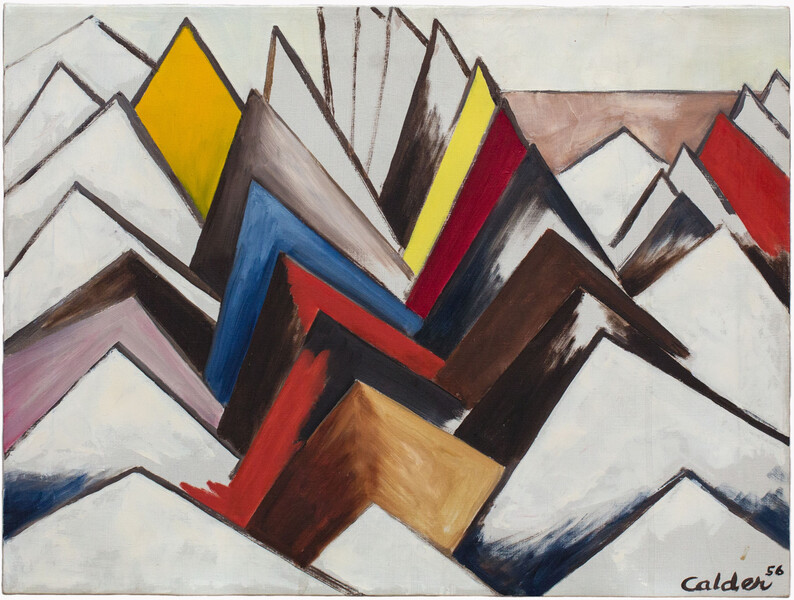 In St. Moritz, we present one of the most influential and pioneering artists of the twentieth-century, Alexander Calder, who transformed the very nature of sculpture. The exhibition includes intimate and large-scale works, such as the standing mobile ‘Franji Pani’ (1955) made while visiting the architect Gira Sarabhai in India. In a selection of his paintings and gouache works, Calder used similar forms to those found in his three-dimensional work, such as ‘Untitled’ (1975), which resonates with the monumental motorized ‘Universe’—a commission for the Sears Tower in Chicago completed the year prior—and marries the implied motion of his brushstrokes to the actual movement of his sculpture.
In turn, ‘Crag’ (1974) can be positioned within the artist’s encompassing unique sculptural lexicon, which, moving away from symbolism into a unique abstraction, creates what he termed an altogether ‘new possibility of beauty’. Such possibilities emanate from the artist’s late mobiles, paintings and stabiles, all on display as part of ‘Calder’ from 13 December 2019 – 9 February 2020. 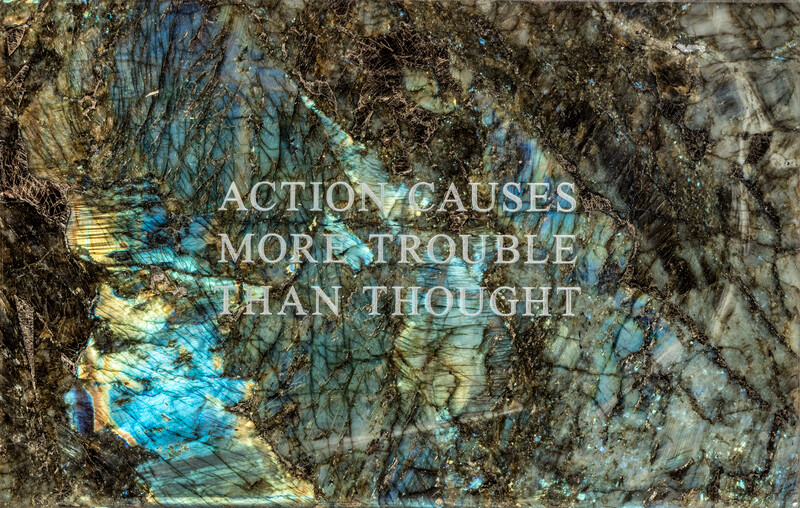 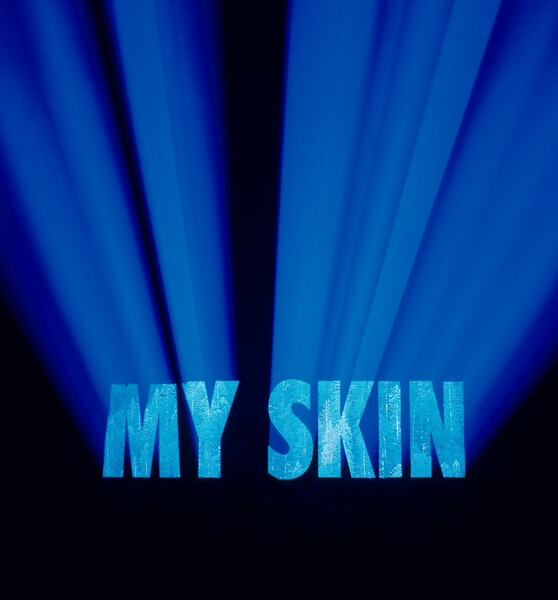 In Gstaad, celebrated American conceptual artist Jenny Holzer will project large-scale scrolling text onto the facade of the Palace Hotel and surrounding nature. Beginning on 27 December, the projections will include a selection of the artist’s Truisms in four languages, which will be broadcast around the world on Instagram Live.
Running concurrently to the projections is an exhibition at Tarmak 22, in Gstaad Saanen Airport, including stone benches, LEDs, and paintings. Holzer’s texts address oppression, gender, sexuality, power, and war, and by presenting them in media more commonly associated with advertising, news reports, and public information, she adeptly provokes reflection and challenges expectations and prejudices. ‘Jenny Holzer. A LITTLE KNOWLEDGE’ is on view 27 December 2019 – 22 January 2020. Projections run 27 December  2019 – 4 January 2020 and 13 – 17 February 2020. 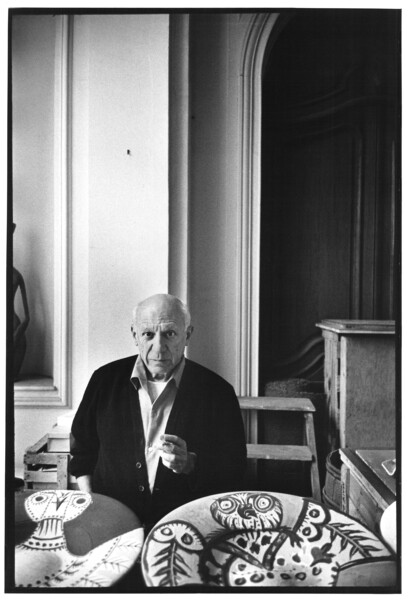 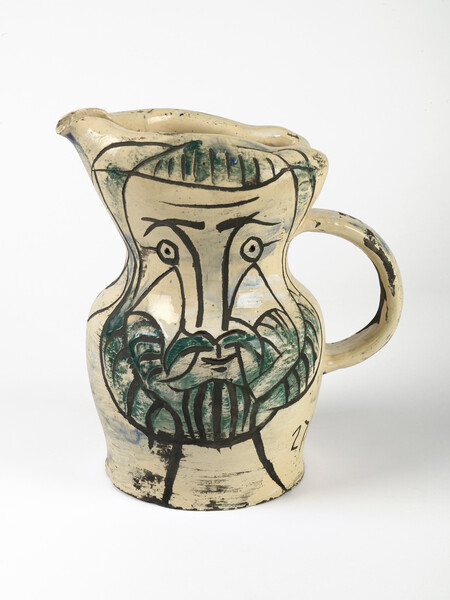 Opening in February, ‘Picasso Through the Lens of David Douglas Duncan’ is an exhibition curated in close collaboration with Claude Picasso opening at our Le Vieux Chalet in Gstaad. The exhibition presents a selection of ceramics and photographs of the artist by the legendary photographer David Douglas Duncan, many exhibited for the first time. The photographs were taken during a period of unprecedented access to the artist’s studio and can be encountered as an ‘intervention’ throughout the domestic spaces of the chalet, opening 2 February 2020.