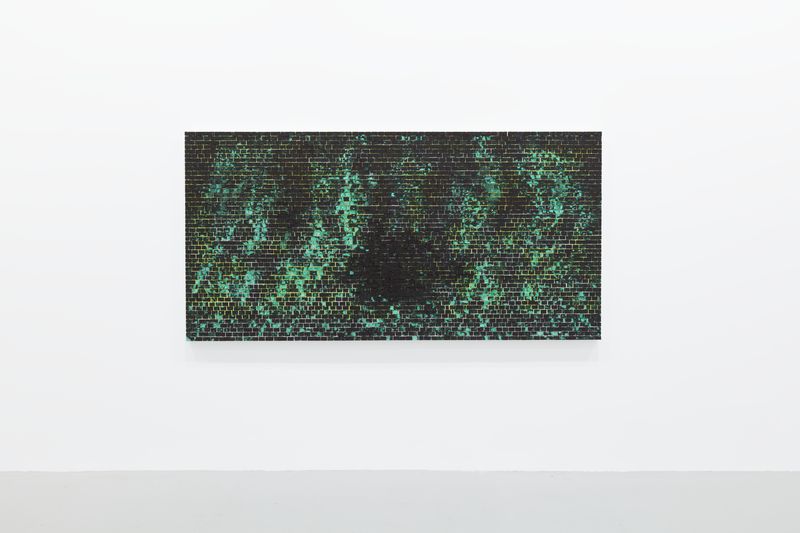 Over the past fifty years Jack Whitten has developed a rigorous personal vocabulary within abstraction, linking ancient mosaics with contemporary process painting.

His first solo exhibition with Hauser & Wirth is currently on view (22nd Street, through April 8, 2017). Additionally, you can currently see his monumental painting ‘Atopolis: For Édouard Glissant’ (2014) at the Museum of Modern Art, and ‘Delta Group II’ (1975) at the Metropolitan Museum of Art. He met with Jarrett Earnest in his Queens studio to discuss The Idea of the Holy, The Shape of Time and abstraction as white lightning.
Jarrett Earnest (Rail): For decades you’ve spent summers on the island of Crete, where you have a house. What first brought you there?

Jack Whitten: It was something personal. My wife, Mary, is of Greek descent. Her parents were born on the Peloponnese. She was born in New York and had never been to Greece, so in 1969 we planned a trip. For both of us it was the first time in Europe, period. Two nights before leaving, I had this amazing dream of a tree standing in a clearing. The limbs were cut off, pruned, and the dream was a command: When you go to Greece you are to find this tree and carve it into a totem. It freaked me out, to say the least. I’ve always carved wood in the summer months; before we started going to Greece I worked upstate in the summers. And I took my carving tools looking for this tree. We ended up in a cheap hotel in Athens, in the neighborhood of Pláka, which is right at the foothills of the Acropolis—in the ’60s it was gorgeous, real bohemian, with cafés and cheap hotels. We set up shop in Pláka and traveled around to all the different sites. After a month or so our money was running out and people advised us to go to Crete because it was cheap. They put us on an overnight ferry to Heraklion, the northern city. I went straight to the tourist police who said, young man, the cheapest place on this island is the south coast. They put us on a public bus that went across the island down to the south coast, to a village called Agia Galini, which was a little fishing village with no electricity. When the bus pulled into the harbor I saw the tree out of the window. 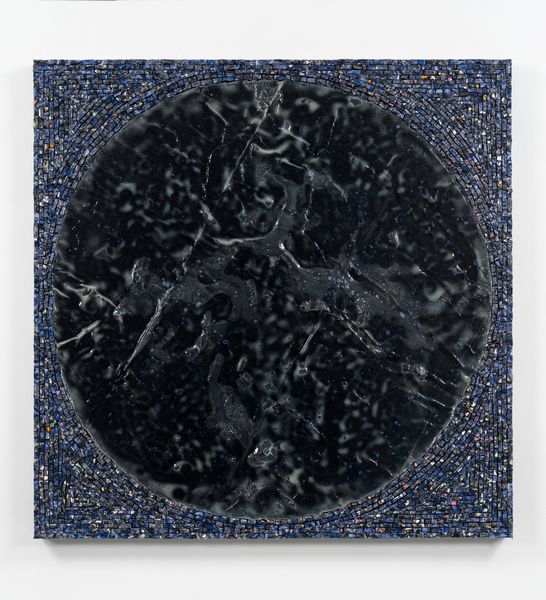 What I discovered is that philosophically I don’t like either/or situations. I prefer neither/nor – that is what the black and white paintings taught me. I found that there was a third entity out there: not black, not white, but existing over there in those greys. Messing around with values like that I discovered I could create another form of optical color out of the greys. Looking at those paintings you’re going to see red, blues yellows shooting out at you. Just go look at them! There is another spectrum that isn’t coming from that regular spectrum we know, it’s coming from some place else, an inner light. Rothko discovered that. Rothko’s paintings are an advanced way of thinking about light and color, like another level of consciousness, and it took me years to get to that. In the Rothkos you are witnessing a light literally coming out of that man.
Rail: When you started moving back into color after the ‘Greek Alphabet,’ how did you proceed?
Whitten: It came in very small amounts. My wife worked for a company called Nelson Whitehead, they were the largest importers of artist grade papers and I fell in love with a lot of the Japanese papers – handmade, thin and brightly colored. I started embedding them into the ground. I was burying these Japanese papers into pure titanium pigment, which I mixed into commercial paint to make a dense, heavy-bodied paint. Then I created what I called slip –
Rail: Like watery clay, in ceramics?
Whitten: Yes that’s where the term comes from. I made an acrylic slip made of graphite, pure crystalline silica, and acrylic medium. It was extremely translucent and granular. When that slip hit that pure titanium ground everything I put down would be revealed – the color bled through it. That is how the color started coming back.
Rail: Looking at these new Quantum Walls there are multiple layers that synthesize visually: there is the image on the surface of the tesserae, then there is pulsing out from below and between the underlying color and gesture of the substrate, creating a multiplicity and simultaneity.
Whitten: I’m hoping that people will read them holistically. There is a totality built into these works. Even in terms of meaning, emotion, and theory, which exists on many different levels at the same time.
Rail: These new paintings seem connected to Rothko, not necessarily formally but perhaps on a deeper level.
Whitten: I think so, people have observed that, but I wouldn’t say deeper. I would say, we live in different times. What Rothko expressed was in his time; we have been thrust into another time. Different times means different problems we have to be concerned with. I maintain that because of quantum mechanics everything has changed. It has forced us into a total reevaluation, a whole new notion of perception and how we see the world. I often make the statement that what I want is ‘world view.’ The world views I’ve had fed to me over the years have served me well but I’m finding now that I need something else.
Rail: Would you say that defining a world view is one task of an artist?
Whitten: Hopefully it should be the job of all of us. Every individual in society. Now, in the political times we are going through, if the individual does not accept the responsibility of their world view we are in trouble. We have to group together, sure, but the onus is on the individual. We as people have to say, point blank, what kind of fucking world we want. Like with Mr. Trump—I don’t like what he’s talking about, all these phobias and hate that he is throwing out. I won’t accept it, and I think there are a lot of people out there that feel the same way. So it is not the responsibility of the arts, it’s down to every person. All of us have to say so.
Rail: Is one of the functions of art as a witness? Like, this is what it feels like to be here?
Whitten: Every time I have met a holocaust survivor – that person is a witness. It is enough for me for that person to say, I witnessed it. Or when I grew up with lynchings down South, and someone said, I saw that. When all is said is done, I’m an American pragmatist. The notion of the witness is that which makes it real. Being a witness makes us human.
Rail: Can artworks embody those memories?
Whitten: It’s built in there. My optimism is that other people see it. I use the notion of compression. When people ask me about the notion of being a black artist, and what am I doing in terms of the social politics of my age, I tell them: it’s all compressed in there. That is why I don’t have to deal with simple narrations. Ok, storytelling is good, but you don’t have to deal with that shit – just compress it in there. I like the toughness of that.
Rail: What do you see as the role of art today?
Whitten: I use the word antidote. There is so much shit going on in society that I don’t believe in – the only thing I believe in is art. I have nothing else. Art is the only thing I’ve got to go on, and I see it as being able to provide an antidote to all this evil shit that is going on. And it is evil – I cannot stress that enough. Obviously, it’s going to get much worse too. We haven’t seen nothing yet. All of us will be tested – that I can promise you.