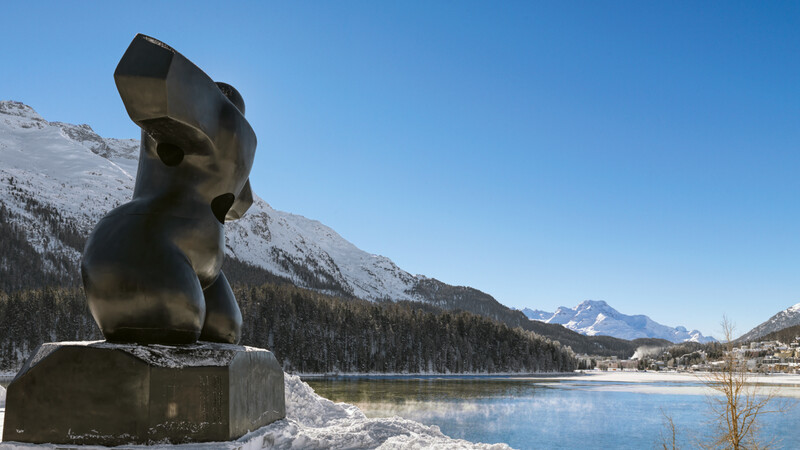 To complement the opening of its new gallery in St. Moritz, Hauser & Wirth has installed a monumental bronze sculpture by Los-Angeles based artist Paul McCarthy by the lake in the grounds of the Hotel Waldhaus am See. Hauser & Wirth St. Moritz is the gallery’s ninth location worldwide (and third in Switzerland), opening on 28 December in the Palace Galerie building with an exhibition by Louise Bourgeois

‘Henry Moore Bound to Fail’ (2004) stands impressively at 6 meters tall and references the work of British artist Henry Moore and his renowned abstracted human figures. McCarthy is widely considered to be one of the most influential and groundbreaking contemporary American artists. Born in 1945, and raised in Salt Lake City, Utah, in his early work he established a multi-faceted artistic practice, which sought to break the limitations of painting by using unorthodox materials such as bodily fluids and food. He has since become known for visceral, often hauntingly humorous work in a variety of mediums – from performance, photography, film and video, to sculpture, drawing and painting. McCarthy has been represented by Hauser & Wirth since 1997. 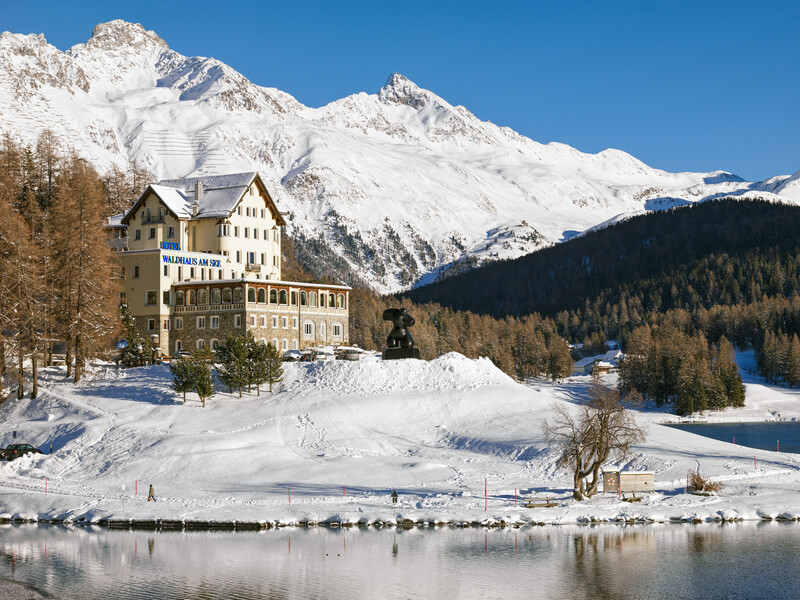 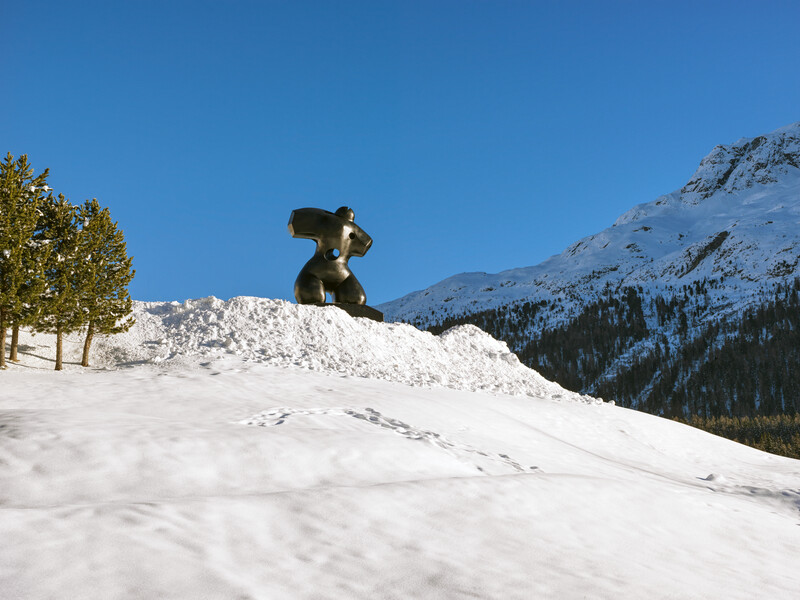 The work epitomizes the McCarthy’s working practice in that its origins hark to an earlier work: a figure that McCarthy first sculpted when he was fifteen years old, in 1960 – 1961. The precocious teenager made the original free-form plaster sculpture, which stands only 20 centimeters high, without intentional reference to the works of Henry Moore. It was only when McCarthy revisited the work at a later date that he was struck by the resemblance to the British sculptor’s abstracted human figures, and consequently titled the miniature ‘Henry Moore.’

Bruce Nauman, who has long been cited as one of McCarthy’s major influences, created an important work in 1967 entitled ‘Henry Moore Bound to Fail.’ The sculpture was based on a plaster cast of the artist’s own arms tied behind his back, literally ‘bound’ to fail as a working artist who was struggling to get out of the shadow of more established artists like Moore. McCarthy appropriated Nauman’s title for the resulting series of incredible variations on the early sculpture, exploring the form in a multitude of materials, colors, sizes and treatments. These variations include a gigantic, 15-meter-tall inflatable nylon version that perched on the roof of the Whitney Museum in New York — adopting the museum building as its pedestal — on the occasion of the 2004 Whitney Biennial.

An inflatable McCarthy sculpture is also being offered by Hauser & Wirth for the Badrutt’s Palace Charity Auction later this month. 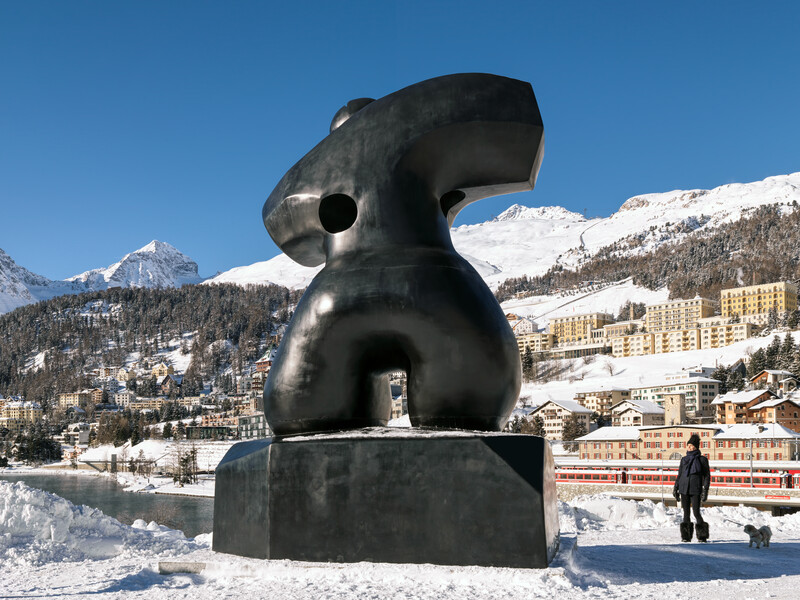