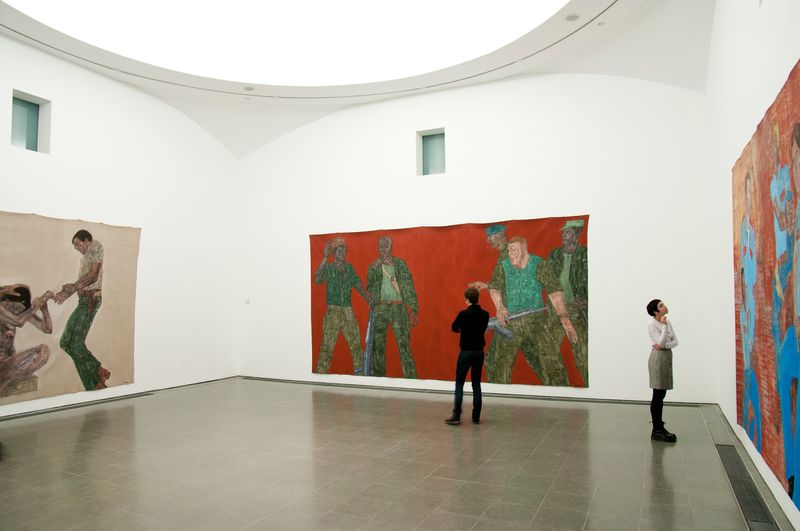 Leon Golub at the Serpentine Gallery reviewed by Frieze

Some are merely sunburned, following a delirious tour of duty in a faraway jungle warzone. Others have raw eyelids and sunken, yellowing cheeks – the product of a bad diet or, perhaps, a bad conscience. Still others have been comprehensively flayed, although this does not trouble their mad, ecstatic grins. Like skin, paint is an interface, a site where one human being communes with another, and looking at the Serpentine Gallery’s Leon Golub retrospective ‘Bite Your Tongue’ – which ranged from early paintings such his 1962 ‘L’Homme de Palmyre’ (a scabbed colossus) to late works including 1997’s ‘Prometheus’ (a screaming, corn-fed hunk, menaced by a scruffy eagle) – what’s striking is how consistently he used pigment to summon up physical, and spiritual, corruption. Golub’s paint always has the same dry, slightly tacky quality, like the roof of a dehydrated mouth. The canvases that support it are nearly all un-stretched and, pinned to the gallery wall, they resemble a collection of hideous trophies, hides curing in the sun.
SaveSave 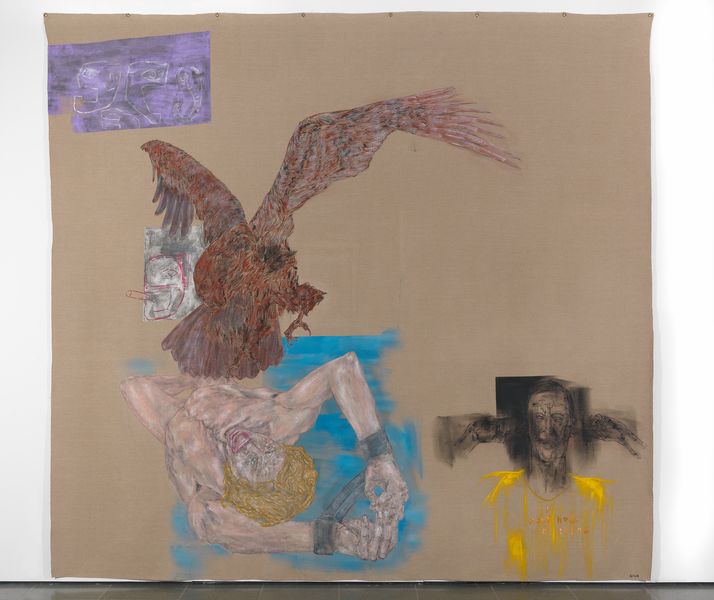 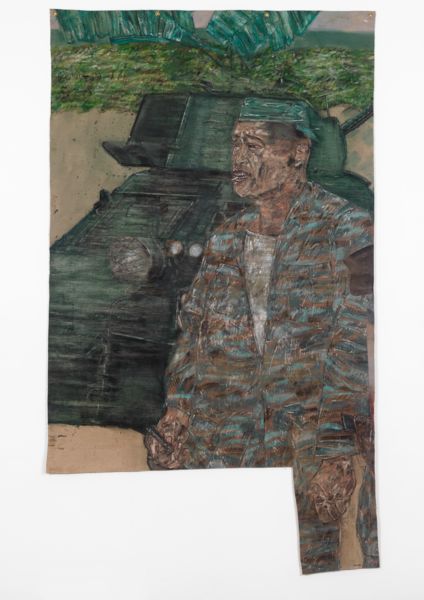