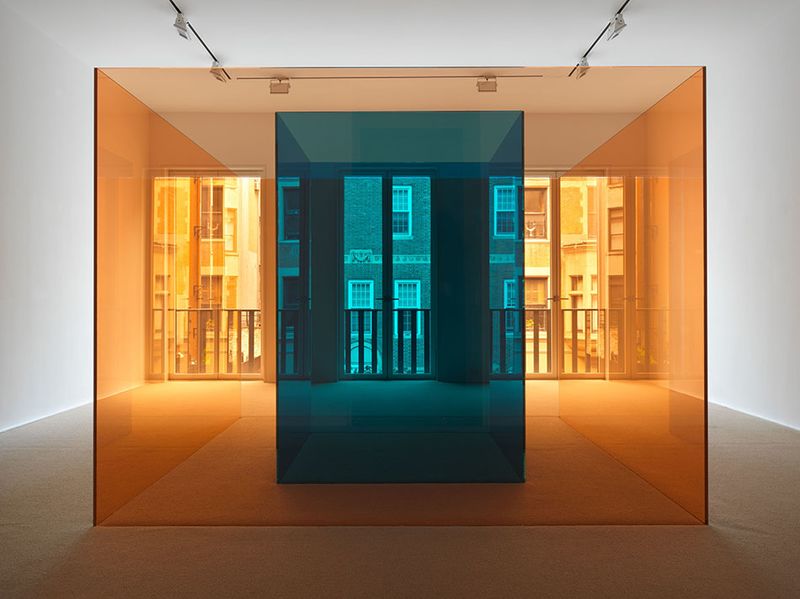 If you miss Larry Bell From the ’60s, opening this month at New York’s venerable Hauser & Wirth gallery, you have another opportunity at the Palm Springs Fine Art Fair to see how the artist’s illusions not only stand the test of time, but continually break new ground. In fact, the pioneer of Light and Space art is feted with a Lifetime Achievement award and a career survey exhibition Feb. 11–14, at the Palm Springs Convention Center. 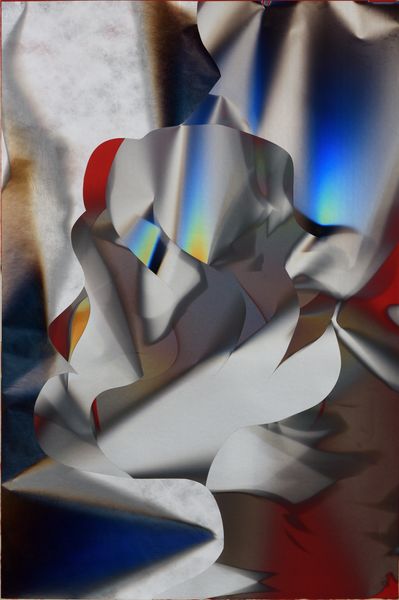 The artists’ obsession with surface became known as Finish Fetish. Its illumination almost always is discussed in the same breath as Light and Space, because light is essential to the full experience. “Whether by directing the flow of natural light, embedding artificial light within objects or architecture, or by playing with light through the use of transparent, translucent, or reflective materials, these artists each made the visitor’s experience of light and other sensory phenomena under specific conditions the focus of their work,” Hugh Davies, co-curator of Phenomenal, explains on the occasion of the exhibition.
This month’s exhibit in Palm Springs, organized by Santa Monica’s Frank Lloyd Gallery, includes Bell’s iconic glass cubes, as well as his Mirage works, elegant Mylar Light Knots, and collaged Vapor Drawings.
The glass cubes appeared in the seminal 1965 MoMA exhibition The Responsive Eye, the impressive 2004 MOCA Los Angeles show A Minimal Future? Art as Object 1958-1968, and the 2006 Pompidou Centre survey Los Angeles 1955-1985: Birth of an Artistic Capital, the largest exhibition of postwar L.A. art ever assembled outside the United States. 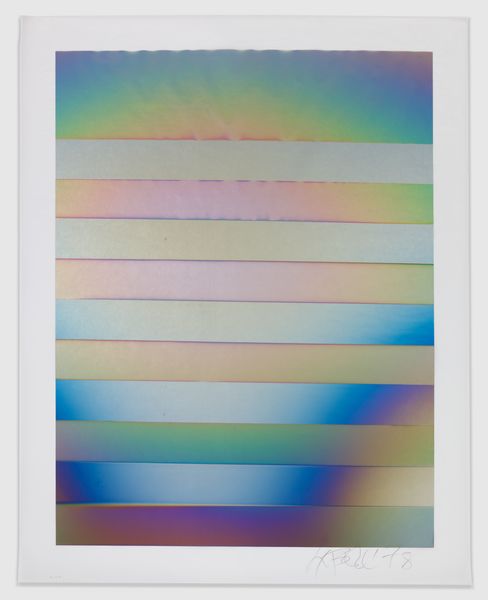 Bell, 76, trained at Chouinard Art Institute, where he was inspired by the perceptionalist installation artist Robert Irwin, and later joined his teacher among the Cool School artists at L.A.’s legendary Ferus Gallery. Bell started as a painter and eventually incorporated glass and mirrors onto his canvases.
“My work is about the properties of light and the way it interacts with surfaces — it’s about volume and illusion,” he says from his Venice Beach studio, explaining why he switched from canvas to glass cubes.
“The sculpture [does] three things: It reflects light, transmits light, and absorbs light all at the same time.”
Bell created his first glass cubes in 1963 with opaque checker, stripe, and ellipses designs. They appeared in a 1964 group exhibition at Sidney Janis’ gallery in New York City, followed by a solo exhibition at New York’s Pace Gallery in 1965. The latter show sold out on its opening day. 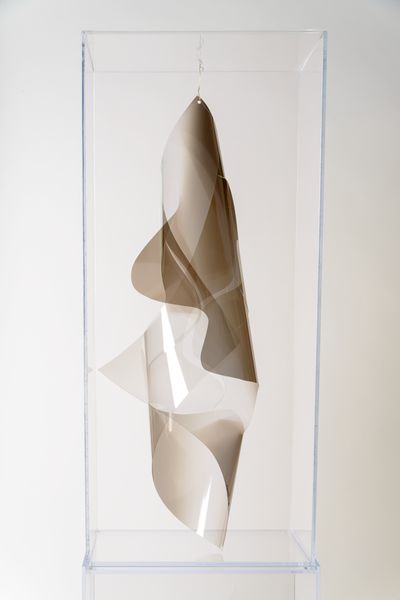 Soon, Bell abandoned surface designs in favor of his signature vacuum-coated surfaces. In 1967, he bought an industrial vacuum chamber to coat glass with micron-thin metallic films, and through thermal evaporation he could create infinite variations in the color, transparency, and reflectivity of the glass. “It changed the way the light interfaced with the surface,” he says, “but the quality of the surface stayed the same.”
By 1968, as he made larger sculptures, he eliminated the chrome frames so that the planes of glass interact only with each another. In 1970, after Bell moved to Taos, New Mexico, where the high desert’s vast space and light inspired him, the work grew to monumental scale.
In the years since, he has explored, innovated, and communicated in new ways. “I always want my work to be something new,” he says. “I want to feel each piece is different from anything I’ve done, even if the format is the same.”
This progressive spirit earned him a pivotal 2014 show at London’s White Cube gallery, which exhibited his collages, Mirage works, and Light Knots. Bell says the exhibition “changed everything” in terms of reasserting the diversity and importance of his work.
In addition to the survey exhibition at the Palm Springs Fine Art Fair, Frank Lloyd Gallery’s booth will show Bell’s 40-by-60-inch collages paper mounted to canvas.
Bell will also appear at the fair at 1 p.m. Feb. 13, joining architect Frederick Fisher, the designer of the visitor center at Sunnylands Center & Gardens and the Resnick Pavilion at LACMA, to discuss Light, Space and Architecture in Palm Springs in a conversation moderated by art critic Peter Frank.
If you’ll be in New York this season, the Hauser & Wirth exhibition continues through April 9.