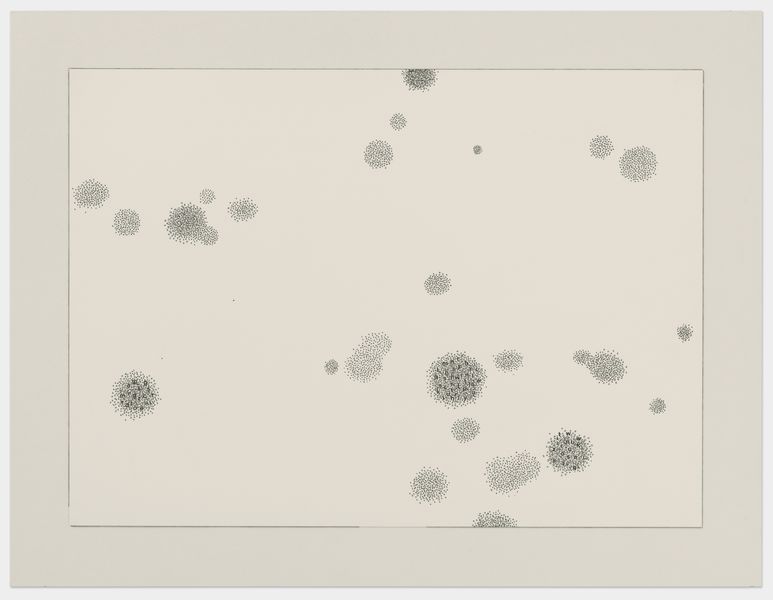 This exhibition brings together a group of international artists active between the 1950s and today, all of whom explore new frontiers for abstraction. The exhibition examines how the element of the line is used by these artists to introduce new meaning to Formalism, and to find new uses for geometric form – continuously challenging the limits of abstract art. The line functions in a variety of ways, including: writing, weaving, notating, diary-keeping, nature, the body, the environment, and the everyday; each resulting in expanded, eroded, and perverted grids generated by a liberating line.

‘LINES’ is not an attempt to trace the usage of a geometric element in the history of art from the past 50 years, nor does it try to point out rigid genealogies and lineages in order to create a perfect nexus, but rather it embraces incompleteness and fragmentation. Rodrigo Moura brings together artists that have approached the subject working in different contexts and regions and, in many cases, without knowledge of each other. Grids and weaves – other possible combinations of lines – are important outcomes from research into the line, and could be considered two opposite but complementary models.

An environmental unfolding of the line can be identified as early as in the mid-1950s Brazilian neo-concrete art. A key name in this movement, Lygia Pape is represented in the exhibition by a wide range of early works on paper as well as with a late architecturally-oriented thread installation from the ‘Ttéia’ series. It is worth noting how, within a range of almost 50 years of work, the artist remained faithful to an interest in the line as a means of challenging bi-dimensional and tri-dimensional space. By referring to weaving, Pape expands our perception both culturally and in a phenomenological way. Her work is paired with other artists in the exhibition, such as Channa Horwitz. The American artist’s logically derived compositions are systematic works on paper generally structured around linear progressions using the number eight. Her series ‘Sonakinatography’ (meaning sound – motion – notation) displays a same-titled system that plots the activity of eight entities over a period of time using numbers, colours, and the 1/8 in squares of the graph paper. If, in her drawings, Pape seems to give depth to paper, Horwitz in turn seems to approximate time and movement on paper.

An analogous interest in challenging surface and in creating relations between geometry and the body appears in the intricate ink and graphite small-scale drawings by Indian artist Nasreen Mohamedi. The concentration required to operate in such a reduced surface alludes to a conditioned body and to a model that denies the mechanisation of life in everything. Photographic works by Mohamedi are also on display, in which the artist depicts nature and weaving looms, inferring that culture and nature are key to the understanding of non-representational art.

Works on paper play an important role in the exhibition, as lines have always been a central element in drawing. The 1970s works on paper by Brazilian Ivens Machado are a thorough examination of the highly politically-charged space of the notebook – and therefore of formal knowledge and education. In these rarely seen works, Machado deconstructs the rigid logic of ruled paper by imposing small perversions such as staining, cutting and scratching, trompe l’oeil, appropriation of damaged examples, repetitions etc. The Colombian artist Johanna Calle operates with a different logic, expanding the possibilities of the grid by distorting, softening and eroding it, thus bringing it closer to the experience of the real. Her work could be situated between the purist calculation of the architects and the actual experience of those who live in the city.

Written language is present in the works by Brazilian Marilá Dardot and R.H. Quaytman, from the USA. In Dardot’s installations, the straight line and the grid are perverted, respectively by hand labour and by nature, embracing chance and the organic. Quaytman’s print is an exposé of her activity as an art dealer, in the form of a spreadsheet with all financial movement of an art gallery. If from close-up, the work reveals normally well-kept secrets from the art world, from a distance, numbers and lines become a strange version of minimalist and op art.

A film by Romanian artist Geta Brătescu shows her hands playing in front of the camera. In a work that brings together drawing, performance and cinematic narrative, Brătescu evokes manual activity as a condition of the artwork, but also suggests that the relationship between the artwork and the body is stressed. 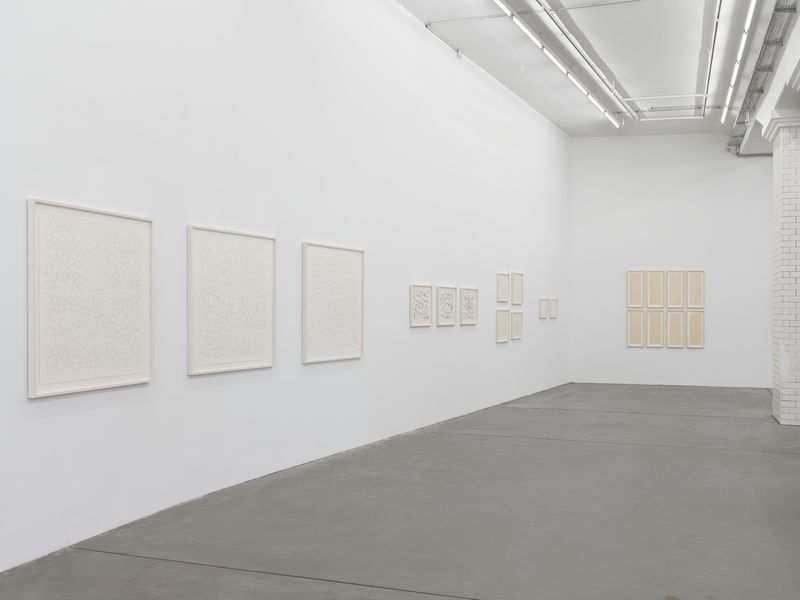