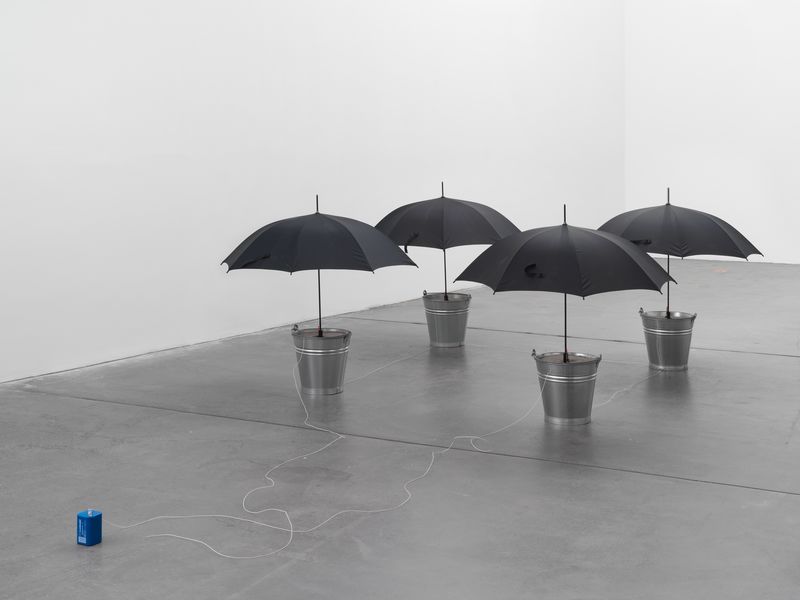 Hauser & Wirth is pleased to present an exhibition of works by Roman Signer in its Zurich space. Since the 1990s, Signer has been considered one of the most important Swiss artists on the international scene. Through happenings and installations, he has been re-defining sculpture for more than forty years. He incorporates time and change into the artistic process, exploring the possibilities of the sculptural medium. Although Signer first achieved artistic notoreity by using explosives, it is primarily the unspectacular and subtle aspects that best characterise his work.

This solo exhibition in Zurich presents numerous installations and sculptures, some created specially for the exhibition, as well as one photographic work. The viewer encounters elements such as sand, air and water, as well as objects with which the artist has long been associated.

It would appear that Signer’s days are never boring: he is instantly fascinated by the simplest things, including everyday objects like umbrellas, bottles and candles. He endlessly exploits the possible uses and limitations of these objects, which requires both curiosity and discipline, at times even a slight risk. Signer plays with time, and underscores its ability to transform things. Like the director of a thriller, he makes use of tension and surprise – with the distinction that in his case everything takes place in the here and now: no script, no rehearsals, no cutting. The works are the direct result of processes initiated by the artist.

In the sculpture ‘Kerzen, Ausgeblasen’ (Candles, Blown Out) (2013), a vacuum cleaner extinguishes some of the burning candles and thereby prevents their melting; the resulting sculpture clearly relates the to original event:

“They are works that come into being and pass away. And for me it is the in between that matters, not only the result: not the aesthetic aspect but rather the process.” 1

Roman Signer’s attitude is that of the humble observer, as though the reality of things can only be revealed by letting them take their natural course. His actions may provoke a reaction, but ultimately the result is always determined by patience and his commitment to non-intervention. In this sense the artist is just as much a viewer of his work as we are. This is perfectly apparent in the photo series ‘Tisch mit Raketen’ (Flying Table with Rockets) (2013). The course of the experiment is in part predictable, but the end result is a surprise that the artist himself awaits with suspense.

‘Wasserfall’ (Waterfall) (2013) analyses the 115-foot-tall and astonishingly symmetrical Appenzell Lauenfall in five projections, and is an expression of Signer’s close connection to his native landscape.

‘Wasserrinne mit vollen und leeren Flaschen’ (Water gutter with full and empty bottles) (2013) presents a row of glass bottles of identical size, whose height is rhythmically determined by the different degree to which they are filled. This is a clear example of two recurring early Signer themes: weight and falling height. Again and again the artist deliberately deploys natural forces as formative elements.

Roman Signer is well aware that the life of nature proceeds without his assistance. His observant stance allows him to listen to it, and in contemplating his work we listen as well. To understand his works, it is necessary to summon up an ability we have largely lost, namely the gift of seeing things not as being self-evident but with a virtually childlike naivety and curiosity.

From June to October 2014 the Kunstmuseum St. Gallen is presenting a comprehensive exhibition of his work. 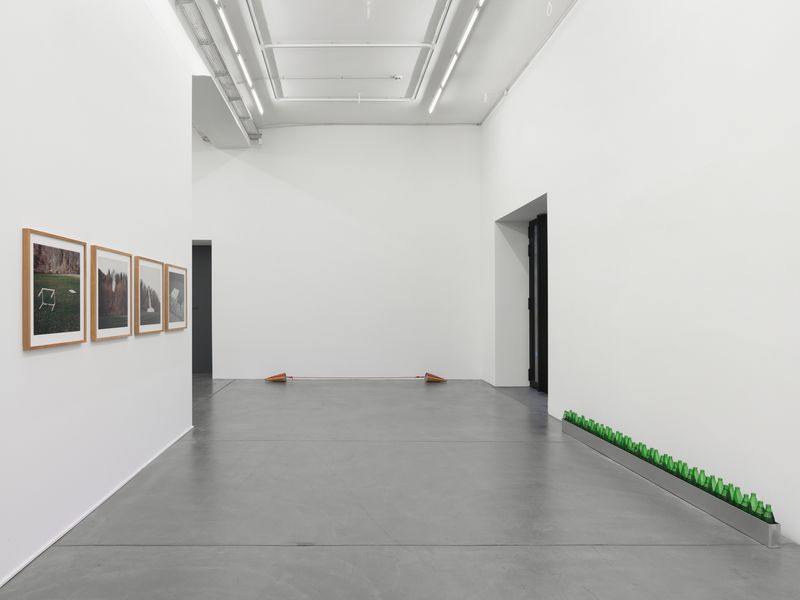 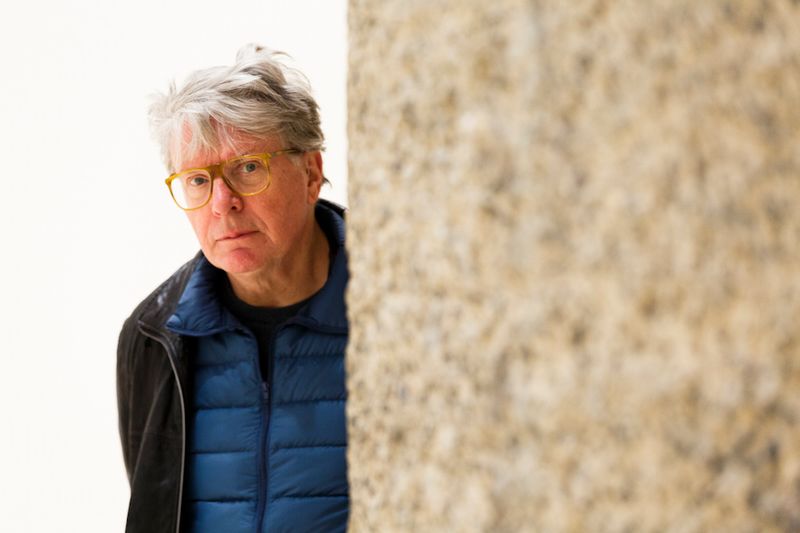