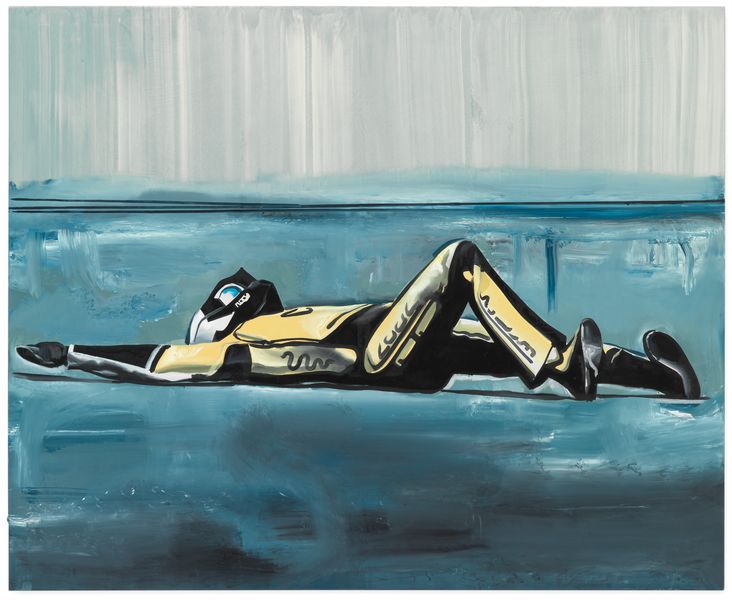 Hauser & Wirth Zürich is proud to present an exhibition of new works by the Polish artist, Wilhelm Sasnal. Sasnal’s artistic practice creates an archive from the sprawling mass of images that flood contemporary society. His source material is taken from newspapers, magazines, films, the Internet, billboards, his immediate surroundings in Poland and his many travels. This vast diversity of motifs goes hand in hand with Sasnal’s sampling of different painting styles from the 20th century, whether Geometric Abstraction, Tachism, Photorealism or Pop Art.

In his new paintings, Sasnal explores the sensation of losing control through two seemingly disparate subjects: wounded motorcyclists lying on a racetrack after a wreck, and outer space. Using a muted palette of gray, blue and black, he presents the moment when space becomes apparent, both in the physical sense of falling to the ground, as in the paintings of the motorcyclists, and in the more abstract sense of the great emptiness of the universe, as in his paintings of solar systems and space.

As a child, Sasnal frequently visited the racetrack in his hometown of Tarnow. Memories from these trips serve as the subject matter for his new paintings. The works show anonymous motorcyclists lying on the ground after a wreck, or struggling to get back on their feet.

Space travel and the solar system have been prominent motifs throughout Sasnal’s oeuvre and the moment of losing control over the forces of gravity is found in Sasnal’s paintings of craggy moonscapes. Sasnal shows the barren, rocky surface of the moon flipped upside-down, as if being viewed whilst tumbling to the ground.

Sasnal further develops the theme of outer space and science fiction with paintings of astronaut’s helmets and distant planets, some inspired by Polish author Stanislaw Lem’s science fiction novel, ‘Solaris’. One of the largest paintings in the exhibition is a vibrant yellow sky, mapping a fictive star system. Yet instead of stars, Sasnal transforms the constellation into a mechanised cluster of gears and belts, turning in the sky.

Complementing these works, Sasnal shows paintings of cinematic and atmospheric density. A portrait of a young woman at the break of dawn, laying herself down on the banks of the Vistula River in Cracow after a long night, shows the faint lights of the city still glowing in the distance as the first rays of sunlight break through the clouds. 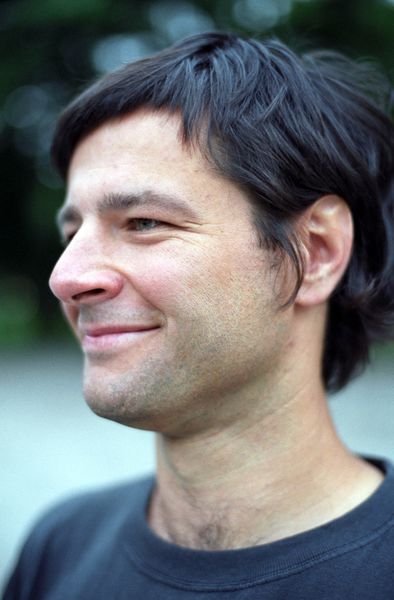 Polish painter and film-maker Wilhelm Sasnal is renowned for his incongruous and quietly unsettling portrayal of our collective surroundings and history. Drawing on found images from newspapers and magazines, the Internet, billboards or his personal surroundings, Sasnal’s paintings act as an archive to the mass of sprawling...