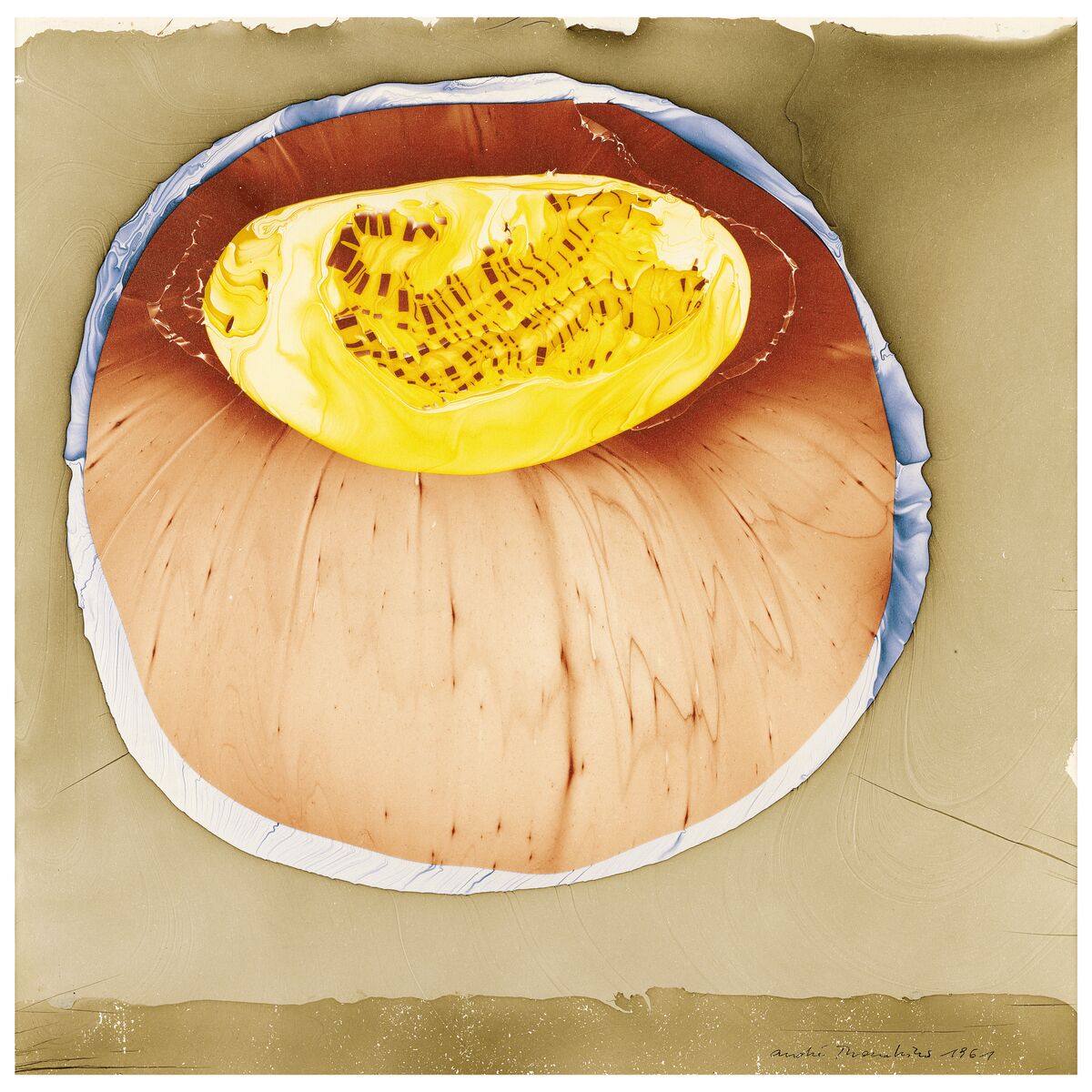 André Thomkins (1930-1985), born in Lucerne, Switzerland, is among the most important Swiss artists of the second half of the 20th century. He has, however, remained an artists’ artist, known only to a few insiders, though enjoying a high reputation among fellow artists such as Daniel Spoerri, Dieter Roth, George Brecht or Karl Gerstner.
His wide-ranging interests spanned surrealism and the dada movement as well as the works and ideas of Paul Klee and Kandinsky, and his knowledge of parapsychology, utopian town planning, philosophy and literature is reflected in the versatility of his work.
André Thomkins’s extraordinary and multi-faceted œuvre is filled with mysterious allusions and subtle irony. His ambiguity is a source of endless fascination, while refusing any attempt at art-historical categorisation.
Thomkins’s work ranges from mostly small-scale pencil and ink drawings and watercolours to painting, object and sculpture. In his search for adequate expressions of his boundless imagination and fondness of experimentation, he developed his own painting techniques (“Lackskins” [paint skins], “Rollagen” [‘rollages’] or “Scharniere” [hinges, related of the images produced in Rorschach tests]) and forms of pictorial representation (“Rapportmuster” [report patterns]). He also ventured into new iconographies (“Knopfei” [button egg]) and invented innumerable textual figures in the form of palindromes or anagrams.

During his lifetime, Thomkins had important exhibitions, chiefly in Switzerland, Holland and Germany, where he lived and worked most of the time. In 1989/1990, four years after his death, his extensive œuvre was shown in a retrospective exhibition in Berlin and Lucerne. In 1999, coinciding with the publication of the catalogue raisonné of his work by the Swiss Institute for Art Research, the Kunstmuseum Bern brought his work into focus again with the show, Traumszene [dream scene].

The exhibition at the Galerie Hauser & Wirth centres on the so-called “Lackskins”, works created with a coat of gloss paint, floating on water and forming grotesque shapes, that is skimmed off with a sheet of paper and then fixed.
In a TV documentary filmed in 1966, the artist tells the story of how he came upon the idea of this procedure by accident while painting a crib in 1955.
These works are the result of a blurring of the boundaries of external accident and deliberate composition. Rather than being created according to clear-cut plans and ideas, they are condensed and turned into puzzles in the actual process of design and technical execution:
“A drop or string of thick gloss paint trickles onto the water, it spreads and covers the surface. The forms this produces can be constantly changed, by means whose effects trigger an interplay between artificial and natural forces: when you blow on the paint, it drifts apart in the desired direction and dissolves into grey scales of photographic fineness, suggesting a plastic presence. With drops or strings of paint thrown or drawn onto the emerging painting you can then change the landscape (…).” (André Thomkins)

The Gallery presents on two floors apart from large-scale “Lackskin” works from the 1980s also mid to small-sized “Lackskins” from the 1960s that have never been shown before. In this group, it is the astronaut series that is of especial importance. They were made under the influence of the events in Russian rocketry and space travel known as the Sputnik shock.

André Thomkins’s “Lackskin” works leave a wide scope for the viewer’s imagination precisely because figurative and representational forms are merely hinted at. Thus, seemingly abstract patterns of specks and thin lines appear to turn into landscapes and portraits, grotesque plant and animal figures or biomorphous shapes.
The finesse and sensuousness of these works only reveal themselves to close attention and contemplation, for only those viewers who transcend the superficiality of the first glance will be able to enter the fantastic inner life of these pictures. 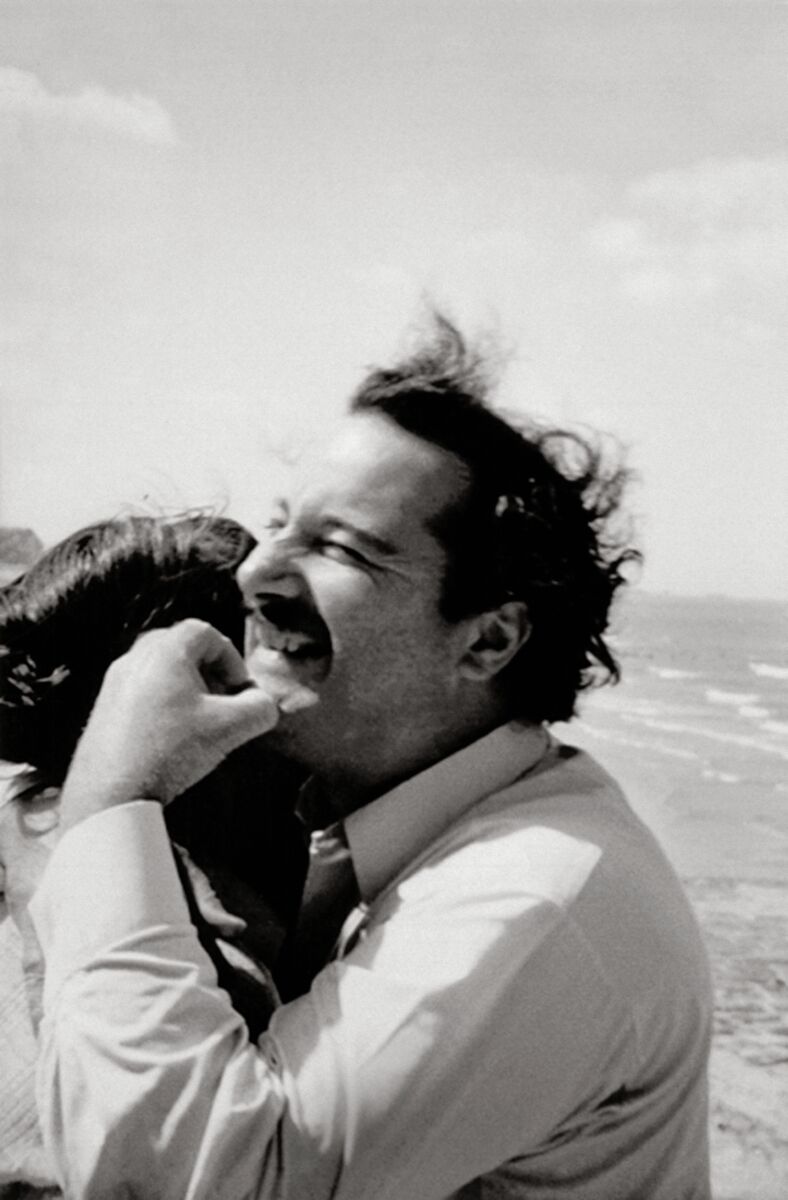 Singular and mercurial, the oeuvre of the Swiss artist André Thomkins defies easy art historical categorization. The product of a capacious and supple imagination, it encompasses uncanny drawings, music, sculptures and wordplay, utilizing techniques such as anagrams and palindromes. Influenced by Surrealism…

During the summer of 2022, Hauser & Wirth will host a major exhibition showcasing the extraordinary work of...