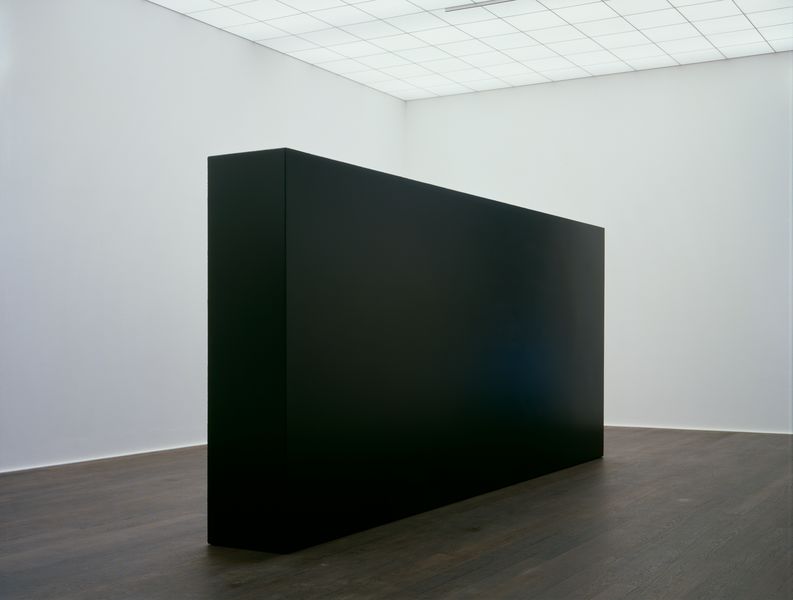 Tony Smith (1912-1980) must be ranked among the most celebrated American sculptors of the 1960s. The show at Galerie Hauser & Wirth offers the first major opportunity since the exhibition at the Musée d’Art Moderne et Contemporain in Geneva in 1992 to see works from the estate of the artist, widely regarded as one of the pioneers of Minimalism.

Smith did not begin to create his first monumental sculptures until 1962. He was then chiefly known as a visionary architect who had studied painting in New York and architecture at the New Bauhaus in Chicago, where he had also assisted Frank Lloyd Wright for several years. Increasingly, however, he turned his full attention to sculpture because it offered him the opportunity to implement his ideas on volumes in space without having to make the compromises which functional necessity demands of architecture. While holding teaching posts in a number of institutions, Smith experimented with prefabricated packing materials such as egg cartons, drinks packaging and cardboard boxes to create modular, geometric objects. “I don’t make sculpture, I speculate in form.”

The wider awareness of art that grew in the USA in the 1960s then helped to create a broader public forum. In addition, new production techniques and materials made it possible to design works on a larger scale. Other artists such as Carl Andre, Barnett Newman and Frank Stella also began to produce monumental outdoor sculptures in situ. Sculpture was increasingly leaving the studio to enter the public space.

Tony Smith was one of the first American sculptors to carry sculpture to such a degree of reduction as to make the name of ‘Minimal Art’ an almost natural consequence. His steel sculptures, in their balancing of reduction and weight and the elegance of their formal vocabulary, convey an immense intensity. His sculptures are simple configurations of geometric forms reminiscent of archaic structures, the effect on the viewer being a remarkable sense of familiarity. Even his most monumental works, such as “Wall”, 1964, a sixteen-foot wall cutting through space with its massive, unshakeable presence, or “Moses”, 1968, an angular shape with two horn-like protrusions, retain a human scale that keeps them firmly within the grasp of the viewer. These works, on view in our exhibition, demonstrate clearly why Tony Smith is considered by many the ‘father of Minimalism’. He developed his sculptural idiom from an organic geometry that draws on archaic and modern architecture, on topology and literature – often echoed in his titles – to make them part of the viewer’s experience.

Smith’s aim was to create works that could hold their own alongside the new monuments of a modern world – oil tanks, factory chimneys, car parks, industrial installations. The industrial modernisation of the 20th century had produced a man-made landscape in a way that was unprecedented.

‘Generation’ of 1965 typifies Smith’s project to create sculptures for these new cityscapes: ‘Generation is the first piece I thought of as a certified monumental expression. I don’t think of it as personal or subjective. I attempted to make it as urban and objective as possible.’

The black sculptures in our show, which massively and self-containedly occupy their environment, function both in isolation and in mutual dialogue. ‘Marriage’, 1961, a ten-foot-high shape of black-painted steel that splits the room in two while almost organically growing into it, also represents, on a more general level, the marriage of materials and ideas.

‘I’m not aware of how light and shadow falls on my pieces. I’m just aware of basic form. I’m interested in the thing, not in the effects…’ 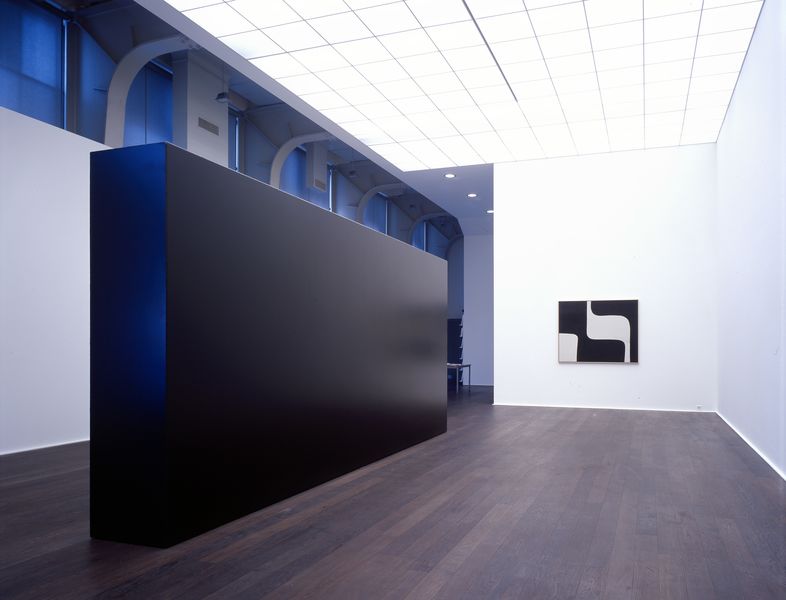 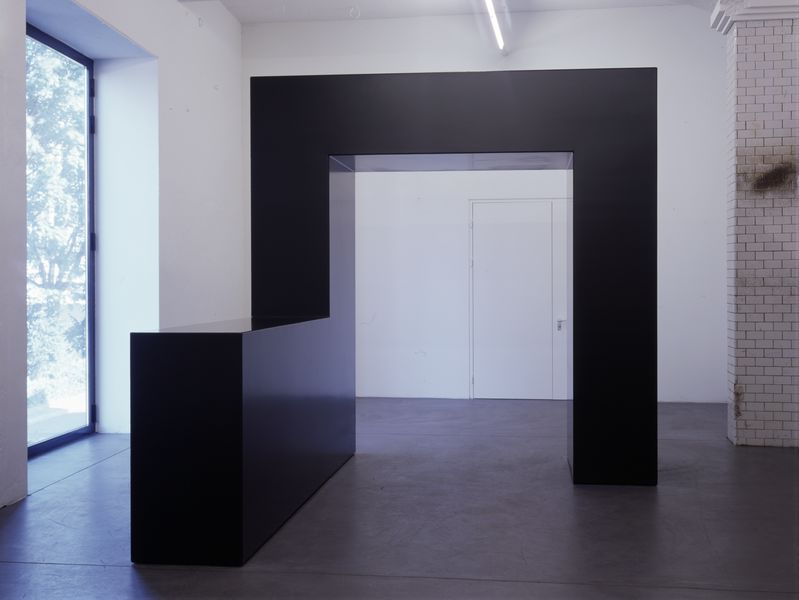 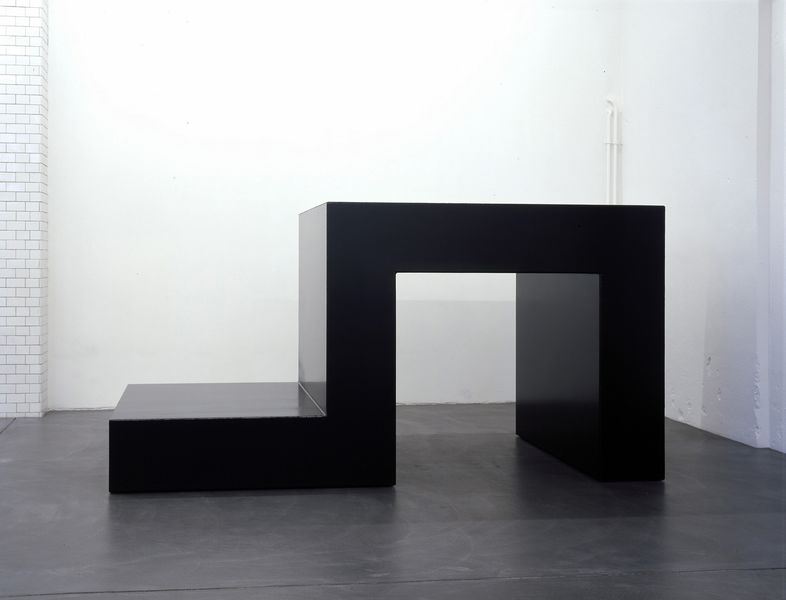 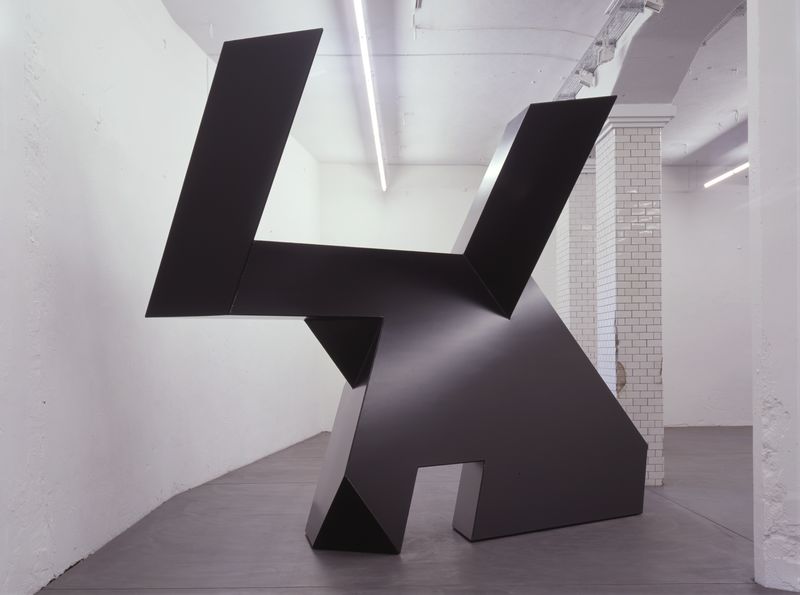 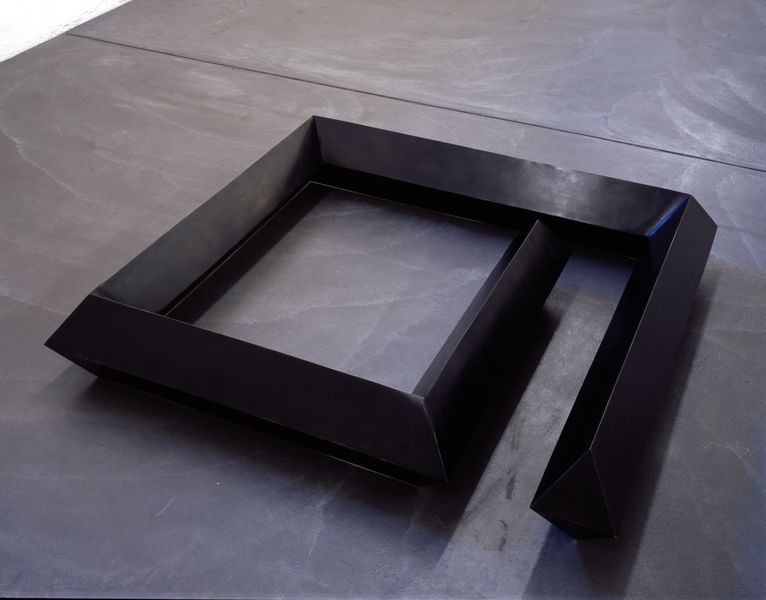 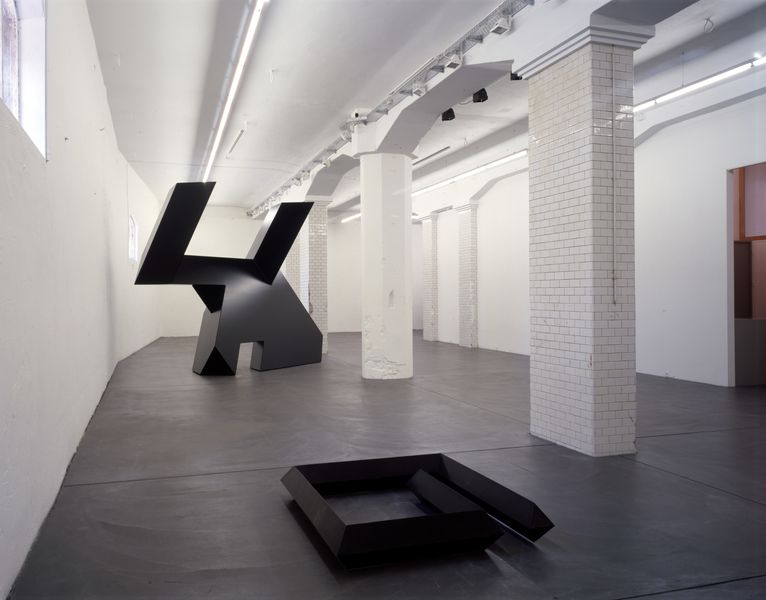 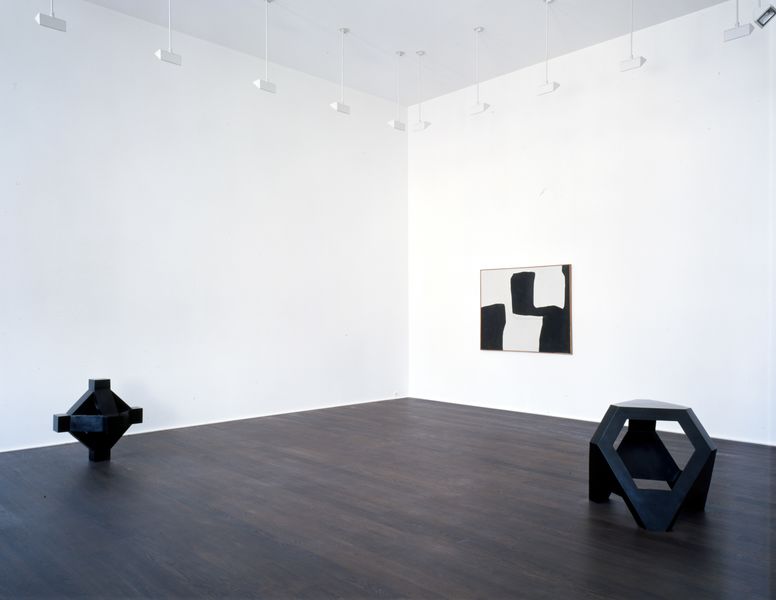