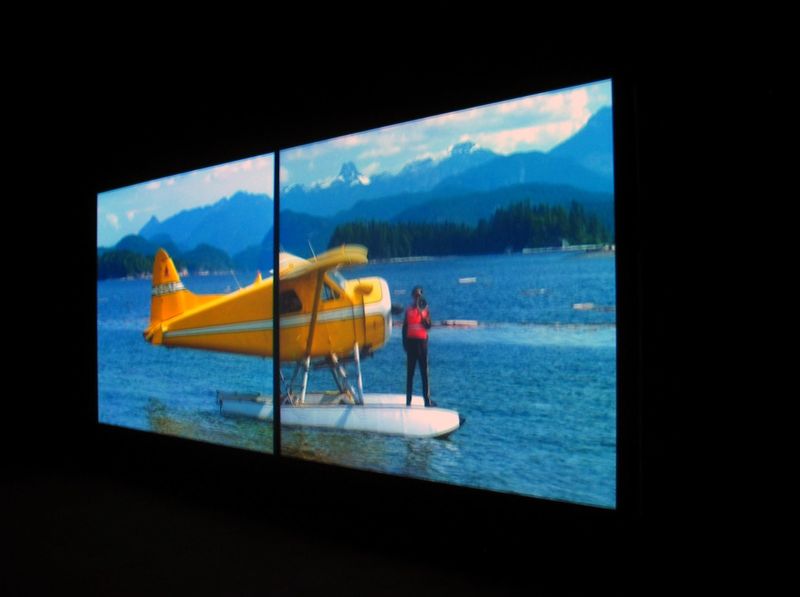 Rodney Graham, born in Vancouver in 1949, has just had a major retrospective touring Europe (Whitechapel Art Gallery London, K21 Kunstsammlung NRW Düsseldorf) and which is about to close at the MAC Marseille. The wider public took note of him when he was included in the 1997 Venice Biennale, where he showed his Robinsonade “Vexation Island” in the Canadian pavilion. Spanning a broad range of media, Graham manages to bring his versatility and virtuoso manner to works of photography, sculpture and video while composing classical music and recording pop records.

His works often revolve around a central absurdity, with his characters caught up in inescapable loops as if by a curse (“Vexation Island”, “Parsifal”, “Lenz”). The central themes of Graham’s work are the relationship between civilisation and nature (“City Self/Country Self”, “How I Became a Rambling Man”, “75 Polaroids”) and the transformation of traditional genres and linear narrative models into banality and irony, with displacement and duplication his favourite artistic strategies. His inspirations include such varied sources as Sigmund Freud, Mallarmé, Richard Wagner, Edgar Allan Poe, Ian Fleming and the Brothers Grimm. He emulates Donald Judd and Nirvana’s Kurt Cobain or reconstructs Albert Hoffmann’s experiments with LSD. There is a gentle humour and a certain sense of nostalgia about this melancholy observer of modernity.

Rodney Graham describes himself as having no talent, neither for painting or sculpture nor for music, singing or acting. He claims he has no hobbies, and when it comes to shooting a film, he is happy to hand over the director’s job to others. But who is this quick-change artist who hides behind such colourful costumes and self-critically ironical comments?

The film “A Reverie Interrupted by The Police”, shown in an endless loop, has Graham playing a convict who, handcuffed and wearing striped prison garb, is led onto a small stage by a policeman. Although filmed in the sumptuous colours of 35 mm film material, the scene, including the mimed interaction between cop and convict, recalls 1920s silents or a vaudeville show. The convict sits down at the piano and, under the suspicious eye of the policeman, begins a small atonal improvisation. He plinks away for a few minutes, interspersed with percussive opening and closing of the keyboard lid, then the policeman tips him on the shoulder, and the prisoner allows himself to be led away without any resistance. The curtain falls, soon to open again: enter the convict and his guard…

“Loudhailer”, a two-screen video projection, features the artist in another role, this time as a Canadian military officer: against the magnificent backdrop of the Pacific coast of British Columbia the uniformed soldier, standing on the pontoon of a waterplane and wearing a bright orange life jacket, is shouting instructions through a megaphone. An unintelligible torrent of words pours out towards the viewer, the only comprehensible bit being a repeated “Send out the dinghy”. The images are projected with a time difference of a few seconds between left and right, and the sound also seems to be running out of sync with what is going on onscreen. As in “A Reverie Interrupted by The Police”, the character is caught up in a hopeless situation that leaves no way out and is not likely ever to change, despite his vociferous efforts to get a dinghy sent out.

The star of Graham’s third new film, “Rheinmetall/Victoria-8”, is a 1930s typewriter projected onto the wall by a huge, rattling 35 mm projector. From a variety of angles the camera is pointed at the typewriter, model Rheinmetall, scanning the shapes and curves of its case, its keys and types in a series of extreme close-ups and long static shots as in a documentary. Then, suddenly, dust comes trickling down on the machine, in small quantities at first, but gathering more and more momentum as the film proceeds. The components and mechanical devices of the typewriter are slowly buried under a thick layer of filth, as if time was on fast forward, dropping the dust of the whole of the past century all at once, with the Rheinmetall gradually turning into an abstract snowscape. 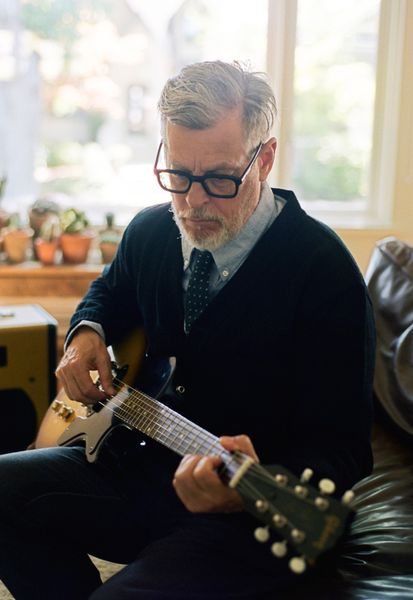