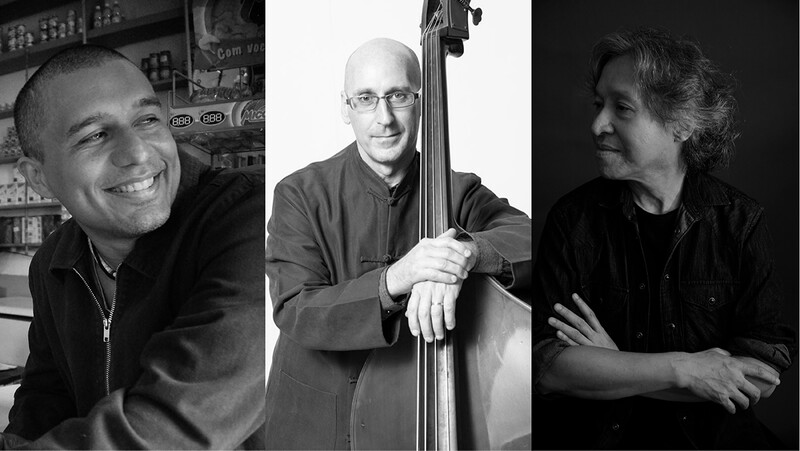 On ZaiArt from Hong Kong

‘The Spirit Is With Me’ derives from Whitten’s studio log from March of 2000, when he completed painting ‘Totem 2000 VI Annunciation: For John Coltrane’. Whitten’s renowned ‘Totem’ works paid tributes to influential African American innovators, he strove to capture the essence of his subjects in symbolic abstractions.

The performance will be streamed live exclusively on ZaiArt, China’s most popular art specific livestreaming platform.

Born in the city of Belem do Para, located in the delta of the Amazon jungle, Paulo Levi started his music journey in the Protestant church. He further studied in the Conservatory of Music Carlos Gomes and then Columbia University, USA. Being accepted as the first Latin-American student at CSMDP (National Conservatory of Music, Paris, France), Paulo participated in the first class of improvisational music. “see European jazz”.

One of the busiest bassist in Asia since his relocation in Hong Kong in 2000, Sylvain has been
active in studio and performing, playing on hundreds of CDs and touring with local and international artists including a world tour with Jackie Cheung where he played 146 concerts for 2,800,000 audiences.

His ability to play Double bass, electric bass, read well and arrange in a number of styles make him one of the most in demand bassist in the region.

His latest CD, BlueMoon – Sylvain Gagnon + Bianca has been a bestseller since his release at the end of 2014.

When he resided in Canada, he ran his own record label, Lost Chart Records and toured internationally.

As the first Chinese graduate of Berklee College of Music in Boston in 1976, the artist made
his recording session debut on “Colors”, an album featuring the legendary Brazilian trombonist Raul de Souza’s in the company of drummer Jack DeJonnette and bassist Richie Davis, at the prestigious Fantasy Studio in San Francisco. While in Boston, Lo went on his first US tour with rock legend Al Kopper in 1977.

Lo moved to New York City in 1979 where he picked up his first sideman gig with “Herbie Mann and Family of Mann”, and subsequently the “Ron Carter Quartet”. By 1990, Lo had collaborated with notable artists including Astrud Gilberto, Dave Valentin, Micheal Franks, Special Efx, Flora Purim & Airto, Stix Hopper, Eric Gale, Phyllis Hyman, Gregory Hines, among many others.

While in New York, Lo has kept an active profile on the jazz music scene, having performed in numerous prestigious venues such as The Blue Note and The Bottom Line (NYC), The Blues

Ted returned to his homeland, Hong Kong, in 1996 to pursue a wide-ranging career as a musician, composer, arranger, musical director and educator. Lo has also worked with local pop artists such as George Lam, Eason Chan, Kay Tse, AGA, Justin Lo, Vincy Chan, William So, Sandy Lam and many others.

Ted was appointed as the Musical Director of the “Montreux Jazz Festival China” 2021.

Consisting of rarely seen paintings, sculpture and works on paper, the exhibition highlights a selection of works from the 1960s through 2010s. Blurring the boundaries between sculpture and painting, and between the artist’s studio and the world outside, the multidimensional paintings on view combine geometric abstraction and found objects to mine spiritual and metaphysical thematic veins. Works on paper emphasize the artist’s playfulness and improvisational skill in searching for his own special visual language, a testament to his commitment to drawing as a means to make manifest his ideas and advance his methods. Together, the works on view reveal an artist of extraordinary sensitivity, capable of imbuing modernist abstraction with the vibrations of historical narratives and bringing the spiritual and material realms into alignment. 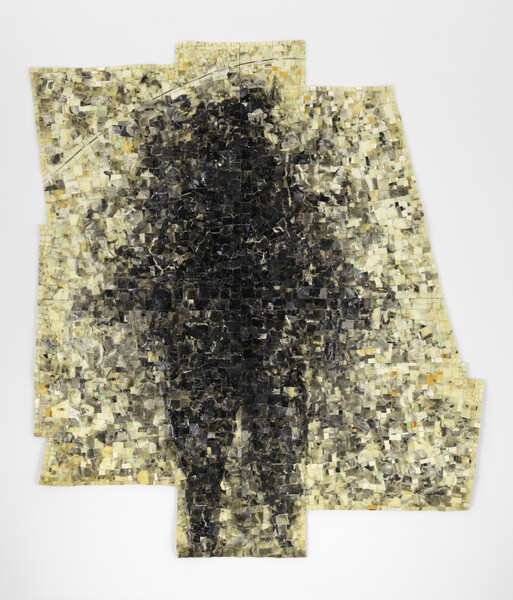