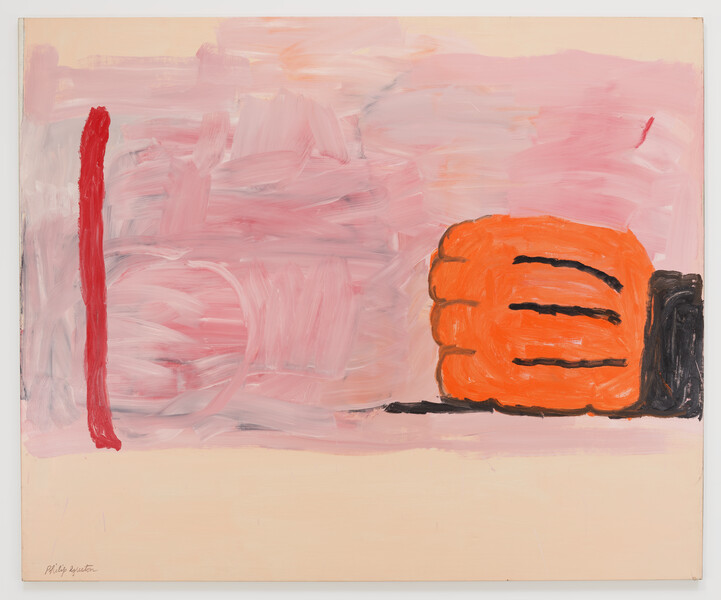 Monday Evening Concerts, one of the longest running series in the world devoted to contemporary music, joins Hauser & Wirth to present a one-night-only performance of Morton Feldman’s ‘For Philip Guston.’ This event celebrates the first solo Los Angeles exhibition in over half a century dedicated to American artist Philip Guston, ‘Resilience: Philip Guston in 1971,’ curated by the artist’s daughter, Musa Mayer.

This event is free to attend and reservations are required. Extremely limited seating is first come first served throughout the evening, with ample standing room. Guests are encouraged to come and go throughout the performance. Click here to book your spot.

Make a reservation for dinner at Manuela before or during the performance.

​Founded in 1939, Monday Evening Concerts (MEC) is one of the longest running series in the world devoted to contemporary music. MEC has gained international admiration for its presentation of music frequently new, sometimes old and always uniquely stimulating. Musical history is made at Monday Evening Concerts, whether it was the American debut of Pierre Boulez, world premieres of Igor Stravinsky, or the appearances here of such artists as Marino Formenti and the Arditti Quartet. Presenting the finest local and visiting artists, MEC is the place to hear adventurous new music in Los Angeles. Monday Evening Concerts is a seven-time national winner of the ASCAP/Chamber Music America Award for Adventurous Programming and is the subject of a full-length book entitled “Evenings On and Off the Roof,” written by Dorothy Lamb Crawford.

Jonathan Hepfer (b. 1983) is a percussionist, conductor, and concert curator specializing in avant-garde and experimental music. He is the artistic director of Monday Evening Concerts in Los Angeles, on which he performs regularly. There, he has taken part in the US premieres of major works by Salvatore Sciarrino, György Kurtág, Rolf Riehm, Jo Kondo, Aldo Clementi, Klaus Lang, Ramon Lazkano, Francisco Guerrero, Thomas Meadowcroft and Simon Steen-Andersen. His collaborators on these concerts have included such luminaries as Alexei Lubimov, Natalia Pschenitschnikova, Mario Caroli and Nicholas Isherwood.