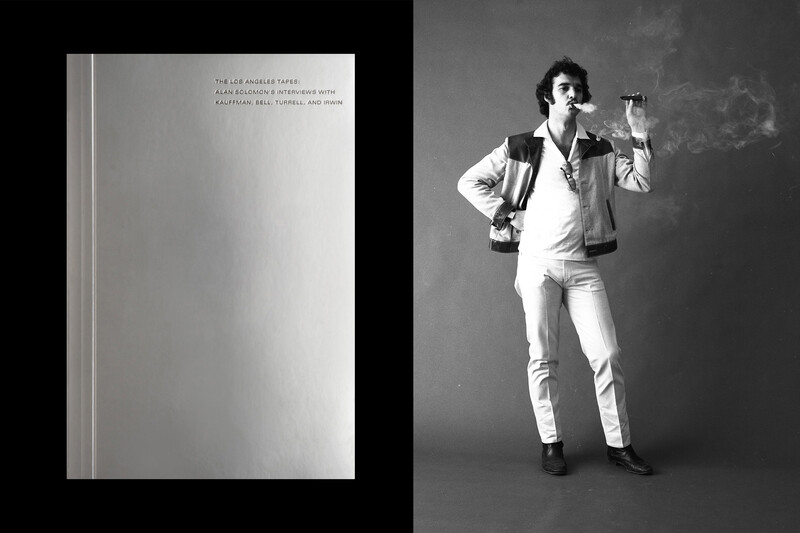 On the occasion of the launch of ‘The Los Angeles Tapes: Alan Solomon’s Interviews with Kauffman, Bell, Turrell, and Irwin’ published by Circle Books, join us for a conversation between acclaimed American artist Larry Bell and the book’s editor, Matthew Simms.

This event is a collaboration between Hauser & Wirth, ARTBOOK, and Circle Books.

About ‘The Los Angeles Tapes’
Edited with an introduction by Matthew Simms, ‘The Los Angeles Tapes’ compiles the earliest in-depth interviews with each artist. Due to Alan Solomon’s untimely death, the interviews have remained in his archives and are now published here for the first time. The interviews provide a rare glimpse into the early careers of these artists, documenting their critical, aesthetic, and intellectual concerns at a pivotal moment, allowing readers new insight into an important era of American postwar art. In 1968 Solomon left New York to take up a position at the fledgling University of California campus in Irvine, which was home to a dynamic group of young faculty and students. There he became acquainted with Kauffman, Bell, Turrell, and Irwin, who have since been recognized as canonical contributors to the California Light and Space movement of the 1960s. With the publication of this collection of interviews, Solomon’s engagement with these artists and their roles in this important art historical period, has finally been brought to light.

About Larry Bell
Larry Bell is one of the most renowned and influential artists to emerge from the Los Angeles art scene of the 1960s, alongside contemporaries Frank Stella and Donald Judd, and had already garnered international repute by the age of 30. Known foremost for his refined surface treatment of glass and explorations of light, reflection, and shadow through the material, Bell’s significant oeuvre extends from painting and works on paper to glass sculptures and furniture design.

Bell’s understanding of the potential of glass and light allows him to expand visual and physical fields of perception, and for his sculptures to surpass traditional bounds of the medium. He has said: ‘Although we tend to think of glass as a window, it is a solid liquid that has at once three distinctive qualities: it reflects light, it absorbs light, and it transmits light all at the same time.’

Bell’s use of commercial industrial processes in his studio, located in Venice, California since the 1960s, demonstrates his unparalleled skill and dedication in each step of his sculptures’ fabrication. Since 1969, his studio has managed its own high-vacuum coating system that allows him to deposit thin metal films onto his glass surfaces, harnessing a little-known technique developed for aeronautics to create an unprecedented body of work

About Matthew Simms
Matthew Simms is professor of art history at California State University, Long Beach and the Gerald and Bente Buck West Coast Collector for the Archives of American Art, Smithsonian Institution. He is the author of books on Paul Cézanne and Robert Irwin, and recently curated the exhibition ‘Robert Irwin: Site Determined.’