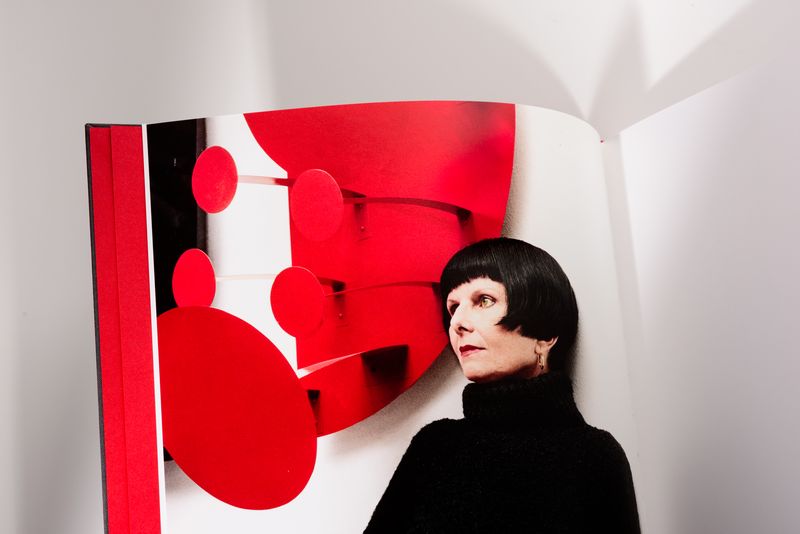 In Conversation: Alexander Alberro and Randy Kennedy on ‘Lygia Pape’

A founding member of Brazil’s Neo-Concrete movement, Lygia Pape pioneered a unique approach to abstraction and valued art that favored the primacy of viewers’ sensorial experiences. This catalog, published on the occasion of Lygia Pape’s solo exhibition at Hauser & Wirth New York in Fall 2018, brings together a variety of works from the artist’s rich oeuvre, from sculptures, prints, and paintings to installations and ﬁlms. It focuses particularly on the series Tecelares (1952–59), Ttéias (2003) and Amazoninos (1989–2003).

Designed by Damien Saatdjian, the publication includes a 2009 conversation between Pape’s daughter Paula Pape, curator Paulo Herkenhoff and poet Ferreira Gullar; and a newly commissioned text by art historian Alexander Alberro that explores multisensorial art with a focus on the works surveyed here.

About the Participants
Alexander Alberro is the Virginia Wright Professor of Modern and Contemporary Art History at Barnard College and Columbia University. His most recent book, ‘Abstraction in Reverse: The Reconfigured Spectator in Mid-Twentieth Century Latin American Art,’ is published by University of Chicago Press. He has also written and edited numerous volumes on contemporary art, and contributed essays to a broad array of critical journals and exhibition catalogues.

Randy Kennedy is director of special projects at Hauser & Wirth. Previously, he was a staff writer at The New York Times, where he worked for 23 years, more than half of that time writing about the art world. He is the author of the novel ‘Presidio,’ published in 2018 by Simon & Schuster, and a collection of essays, ‘Subwayland: Adventures in the World Beneath New York,’ published in 2004 by St. Martins Press. He was born and raised in rural West Texas and now lives in Brooklyn.