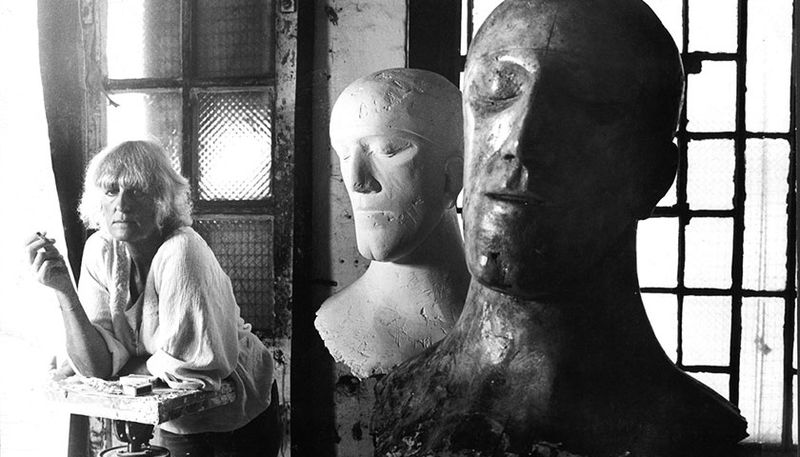 Join acclaimed sculptor, Daphne Wright; renowned art historian and Director of Pallant House Gallery, Simon Martin; Director of the Ingram Collection, Johanna Baring; and Curator of the Frink Estate and Archive, Annette Ratuszniak, as they come together to discuss the life and work of Elisabeth Frink. The panel will focus on the many sources of inspiration behind the work of one of Britain’s most well-loved artists and the significance of this work today.

Simon Martin
Simon Martin is a curator, writer and art historian. He is currently Acting Director of Pallant House Gallery in Chichester, where he has worked since 2002. He has curated numerous exhibitions of Modern British and Contemporary British art, writing accompanying books and catalogues on artists including Edward Burra, Eduardo Paolozzi, Colin Self, John Tunnard, and major thematic catalogues such as ‘Conscience and Conflict: British artists and the Spanish Civil War’, and ‘The Mythic Method: Classicism in British Art.’

Daphne Wright
Daphne Wright is an artist known for her unsettling yet poignant sculptural installations. Using a wide range of materials – plaster, tinfoil, video, printmaking, found objects and performance – she creates worlds that are beautiful and rather eerie which feel like the threshold to somewhere new. Wright has exhibited nationally and internationally, with works held in permanent collections at the Gallery of Modern Art, Glasgow, Hamburger Kunsthalle, Germany, Irish Museum of Modern Art, Dublin and Towner Art Gallery, Sussex. Daphne Wright is represented by Frith Street Gallery, London.

Johanna Baring
Johanna Baring is the Director of the Ingram Collection, the biggest publicly accessible private collection of Modern British art. The Ingram Collection has a significant holding of the works of Elisabeth Frink. Jo has been working in the field of Modern British Art since 2001 and was Head of Department, 20th Century British Art, Christie’s South Kensington. She read Modern History at Brasenose College, Oxford and holds an M.A. from the Courtauld Institute of Art, London.