On Sunday 3 November 2019, we hosted an afternoon panel in our Los Angeles gallery public garden featuring noted American artist, educator, and recipient of the 2019 Edward MacDowell Medal, Charles Gaines, along with Director and Chief Curator of The Studio Museum in Harlem, Thelma Golden, and LA-based artists (and former students of Gaines) Laura Owens and Gary Simmons. 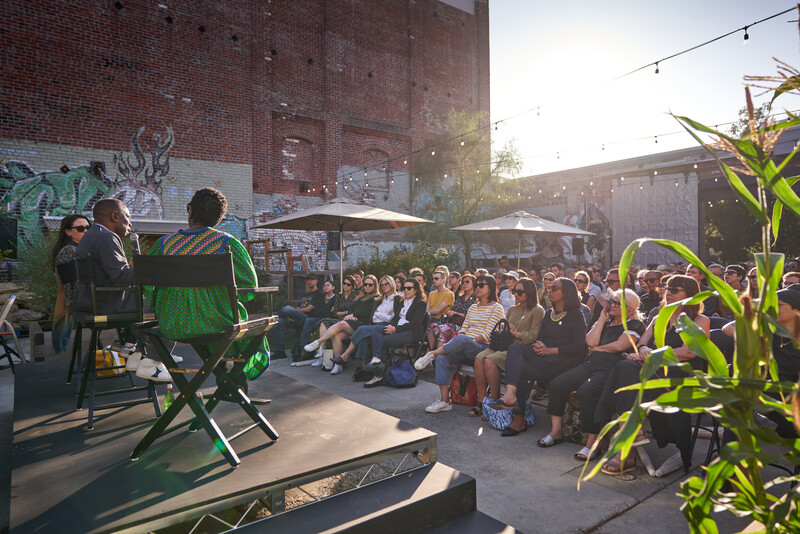 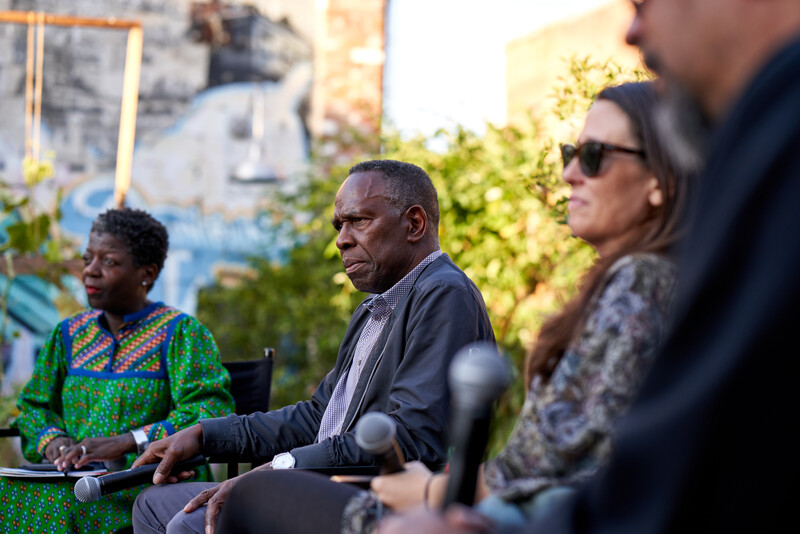 A pivotal figure in the field of conceptual art, Gaines has long employed a generative process to create series of works in a variety of mediums. By creating space between a specific symbol and the systems applied to its representation through measurable values of color, Gaines’s distinctive approach forges a critical link between first generation American conceptualists like Sol LeWitt and subsequent generations of artists, including a number of Gaines’s other students Edgar Arcenaux, Andrea Bowers, Mark Bradford, and Sam Durant, among others who are pushing the limits of conceptualism today. Speaking about his longstanding commitment to unveiling the paradoxes of human visual understanding, Gaines said, ‘The system has never changed, but the outcome is always different.’ Gaines lives and works in Los Angeles, where he has been a member of the CalArts School of Art faculty since 1989.

The discussion, moderated by Thelma Golden, largely focused on Gaines’s boundless influence on his former students as well as his exhibition, ‘Charles Gaines. Palm Trees & Other Works,’ at Hauser & Wirth Los Angeles. In talking about this exhibition, Gaines revealed his long-desire to realize an exhibition of this scale, having previously not been able to gather the necessary resources to see an exhibition of this scale realized .

Gary Simmons jumped in to reminisce on his first meeting with Gaines in grad school at CalArts and spoke passionately about Gaines’s use of systems and cerebral structure and beauty within the work. ‘Charles is one of the last truly conceptual artists…all the elements of beauty are imported into the conceptual,’ Simmons said. 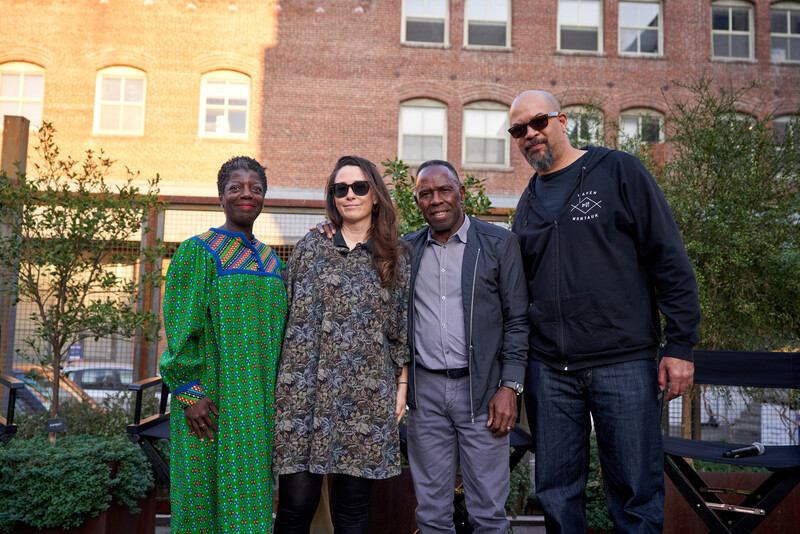 Laura Owens recalled the word ‘formidable’ as her initial response to seeing Gaines’s first ever museum survey ‘Charles Gaines: Gridwork 1974 – 1989’ at The Studio Museum in Harlem. She was blown away by the breadth of the work as well as the deep commitment to conceptual art. Referencing Gaines’s exhibition on view, Owens joked of being aware that she couldn’t make sense of all of the philosophies in Gaines’s work, but the experience alone of viewing the work and processing its meaning and reach allowed her to leap forward in her own practice.

Golden told a story of first meeting Charles (with Gary Simmons) at a conference in the early nineties in California. Charles had asked her to participate in a round-table discussion organized around the exhibition he curated at UC Irvine titled, ‘The Theater of Refusal: Black Art and Mainstream Criticism.’ Golden described understanding Gaines’s singular ability for making formal decisions with rigor and with an openness of approach.

Nearing the end of the discussion, Gaines shared feelings of gratitude for the opportunity to teach artists like Owens and Simmons and to be in the same space with them, then and now. He ended with the note that teaching and being surrounded by young artists is how he challenges his own practice, grateful for their never ending queries into his work and ideas.