‘The eye spring...’ André Breton once said of his friend, ‘Gorky is for me the first painter to whom this secret has been completely revealed.’
Arshile Gorky: The Eye-Spring
2019, 20 min
Directed by Cosima Spender
Edited by Valerio Bonelli
Produced by Peacock Pictures
Courtesy The Arshile Gorky Foundation

A seminal figure in the shift to abstraction that transformed twentieth-century American art, this documentary provides an introduction to the career, influence and powerful visual language of Arshile Gorky (1904 – 1948).

‘The Eye-Spring’ is directed by Gorky’s granddaughter Cosima Spender, and was first screened alongside last year’s retrospective exhibition at Ca’ Pesaro International Gallery of Modern Art in Venice. Presenting over eighty paintings and works on paper, ‘Arshile Gorky, 1904–1948’ was the first Italian museum survey dedicated to the artist, shedding light on the Gorky’s early artistic dialogue with Cézanne and his later influence on abstract expressionism. 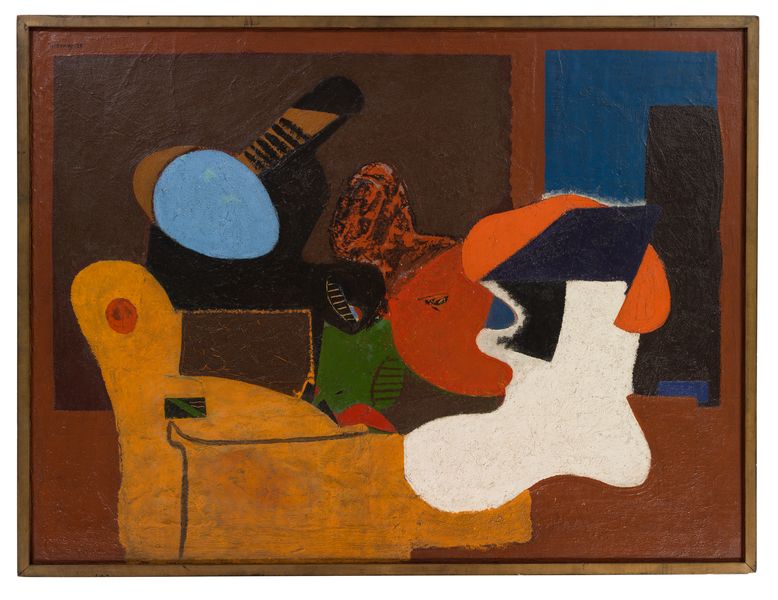 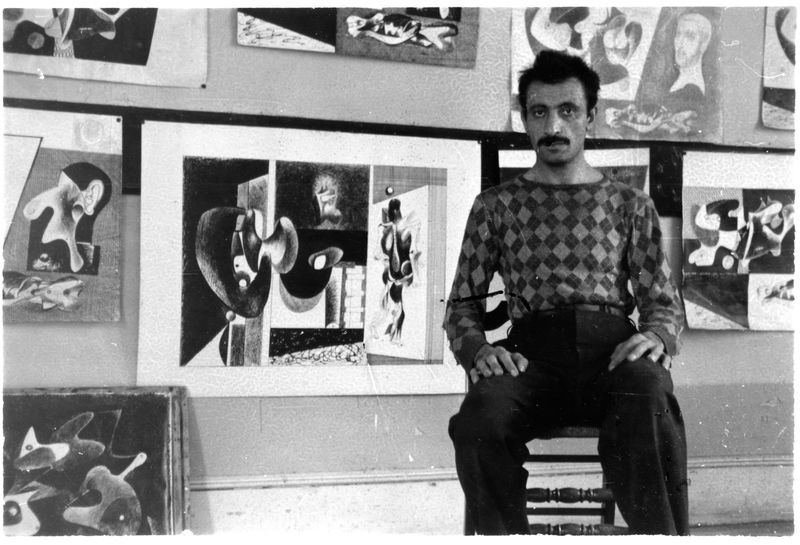 Gorky in his studio posing among his Nighttime, Enigma and Nostalgia series, ca. 1932

Arshile Gorky emigrated from Ottoman Anatolia to the United States in 1920, fleeing the Armenian genocide. After five years in Massachusetts, Gorky moved to New York and became absorbed into the cultural milieu of a city on the brink of Modernism. He changed his name consciously assuming the persona of an avant-garde artist and, while avoiding the political causes that engaged many of his contemporaries, Gorky focused on the pursuit of his own artistic practice.

After a decade of working and a period of moderate critical success, Gorky initiated a series of studies and paintings observed from his rural environment while on holiday in Connecticut, which became a crucial intermediary step in the development of his individual style. His Waterfall series from 1942 exhibits a spontaneity and free use of paint that belies the complexity of its compositional rigor. The following year, Gorky temporarily relocated to Virginia where nature became his primary subject matter. His drawings from this period took on a new energy, which he later translated into some of the most evocative paintings of his career, including the highly complex ‘The Liver Is the Cock’s Comb’ (1944). 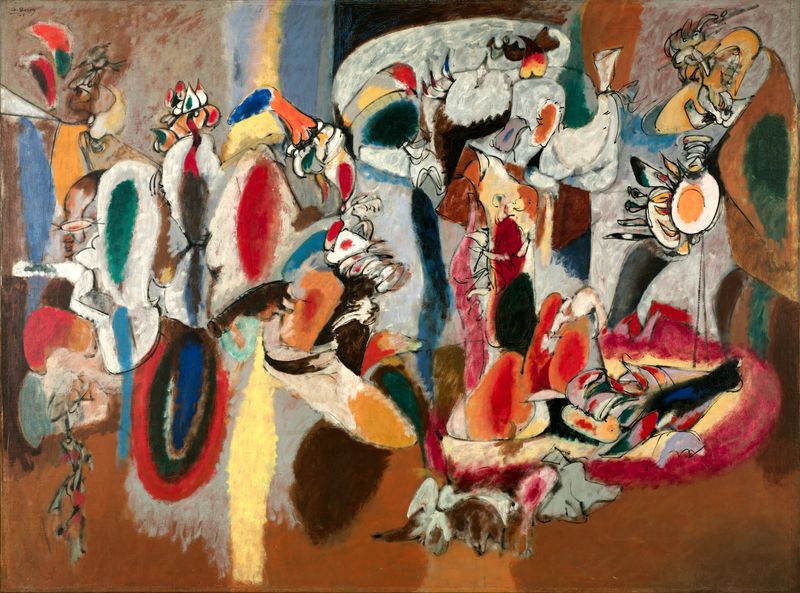 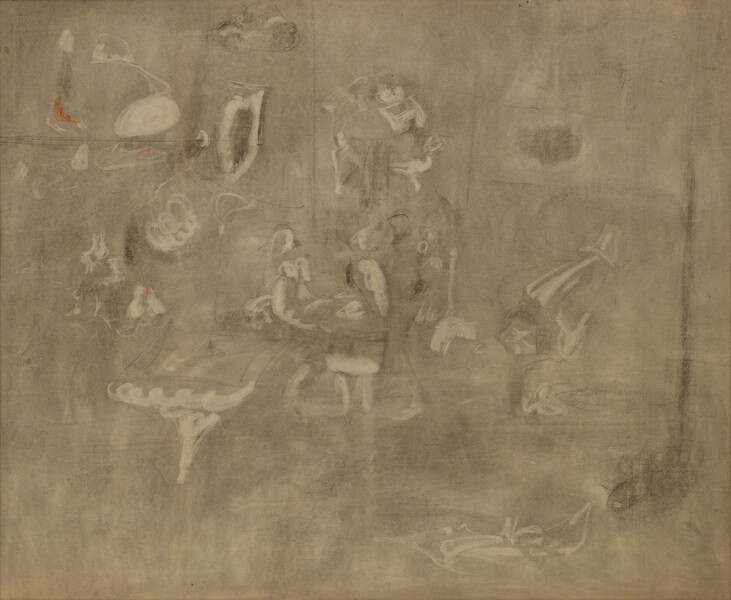 Gorky’s later works serve as primal responses to nature, where the artist granted as much presence to the memories and imaginings evoked by the spatial relationships between the landscape’s objects, as to the objects themselves, often returning to vital imagery from his early life.

Learn more about Arshile Gorky and explore books about the artist from Hauser & Wirth Publishers. In 2021, the first edition of the catalog raisonné will be released by The Arshile Gorky Foundation, New York NY.