Claude Picasso on ‘Picasso Through the Lens of David Douglas Duncan’

In 1955, Picasso moved to La Californie, a villa in Cannes, where he lived and worked until 1961. This was a time of creative experimentation for the artist, producing ceramics, paintings and works on paper, drawing inspiration from domestic life at La Californie—his wife, Jacqueline, or everyday objects such as fishbones—as well as bulls and bullfights, a topic of enduring fascination for Picasso.

Ahead of ‘Picasso Through the Lens of David Douglas Duncan’, Claude Picasso, son of the artist, introduces this unique project and intervention within the domestic spaces of Vieux Chalet in Gstaad, Switzerland. ‘We are showing photographs by David Douglas Duncan, the war photographer well known to many people, who extensively documented Picasso’s life,’ explains Claude Picasso. ‘Alongside these we are presenting specially selected ceramics and engravings seen in Duncan’s photographs. The idea is that you can see photographs, the work being made, and then see the finished product.’ Presented together, the artworks by Picasso and vintage photographs by David Douglas Duncan explore the relationship between reality and representation, image and object. 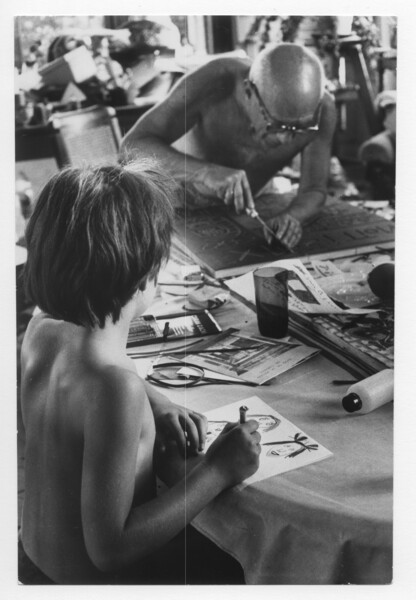 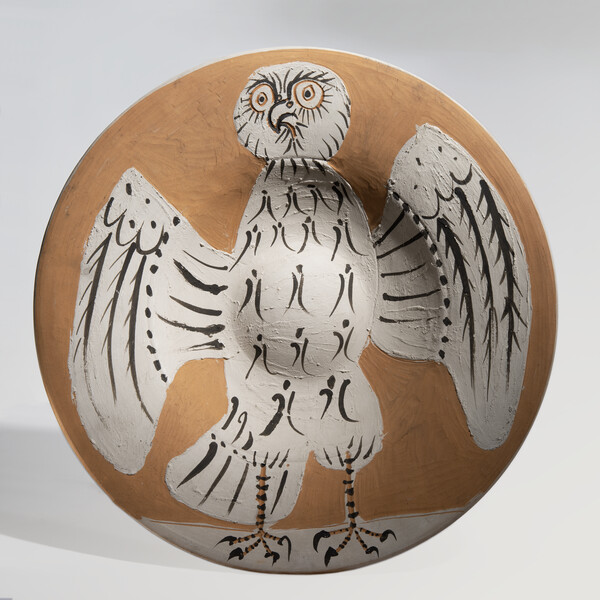 Duncan first met Picasso in February 1956 when he infamously rang the doorbell of La Californie. The artist’s wife, Jacqueline, led him upstairs where he met Picasso in his bathtub, who allowed Duncan to photograph him. From that moment forward, the photographer developed a lasting friendship with Picasso over the course of 17 years during which time he produced an astounding visual archive of the artist’s life.

Alfred Barr, founding director of the Museum of Modern Art, once noted that from the 1950s onwards Picasso was the most frequently photographed artist in the world. In contrast to many other photographers, David Douglas Duncan’s documentation provides an intimate and honest portrait of the artist at work and at home. ‘Duncan provides a truthful picture about how Picasso functioned. That’s very important, because most of the other photographers used to create events, ask Picasso to act up Picasso,’ says Claude Picasso. ‘What was exceptional in the case of Duncan is that he just was there like part of the furniture and my father didn’t mind. He let him move around freely.’

As Duncan recounted, ‘He never asked me to take a photograph. ‘You take pictures, I paint’, that was the division of labour.’ In this remarkable exchange, Duncan deftly managed to capture and translate decisive moments, gestures or expressions that would impact the work’s essence and finish. ‘It was rather interesting because Duncan spoke very little Spanish and French,’ says Claude Picasso. ‘So the way they communicated was really through glances and winks and things like that.’ 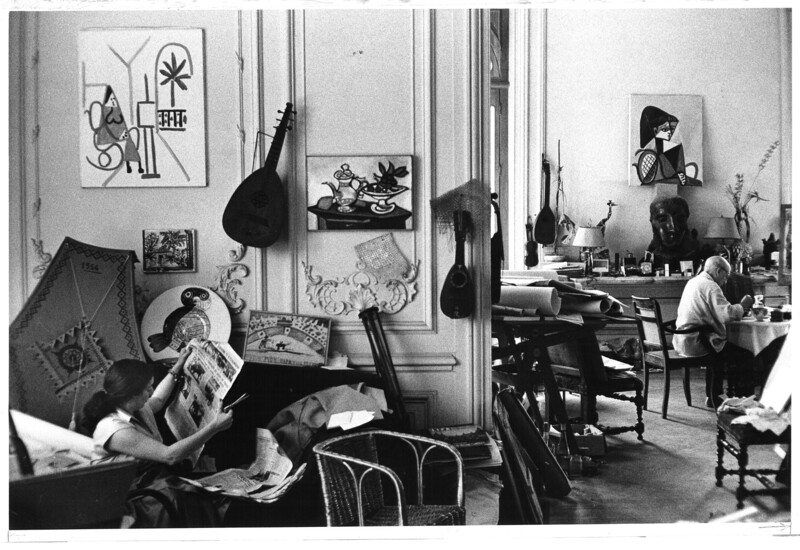 Picasso is thought to have made very little distinction between living and working spaces, and at La Californie this convergence of art and life is unmistakable. In many of the vintage photographs, Picasso himself is the subject and is an active participant, while in others, the décor and plethora of objects—easels, brushes, books and papers strewn over surfaces—are the focus, providing a fascinating record of the studio and revealing his working process.

Duncan’s lasting documentation of Picasso and his family and friends, taken over years, provides a true portrait complete with personal anecdotes and humorous scenes he snapped with discretion and affection. We are given glimpses into the artist’s world, both at work in his studio and at play with his children. The freedom to explore a selection of works with these images, in the domestic setting at Vieux Chalet in Gstaad, heightens the intimacy of this special project, featuring one of the most important artists of the 20th century.

‘Picasso Through the Lens of David Douglas Duncan’, on view at Hauser & Wirth Gstaad from 3 – 28 February 2020, is organised in close collaboration with the artist’s son, Claude Picasso, and James Koch, Executive Director at Hauser & Wirth.