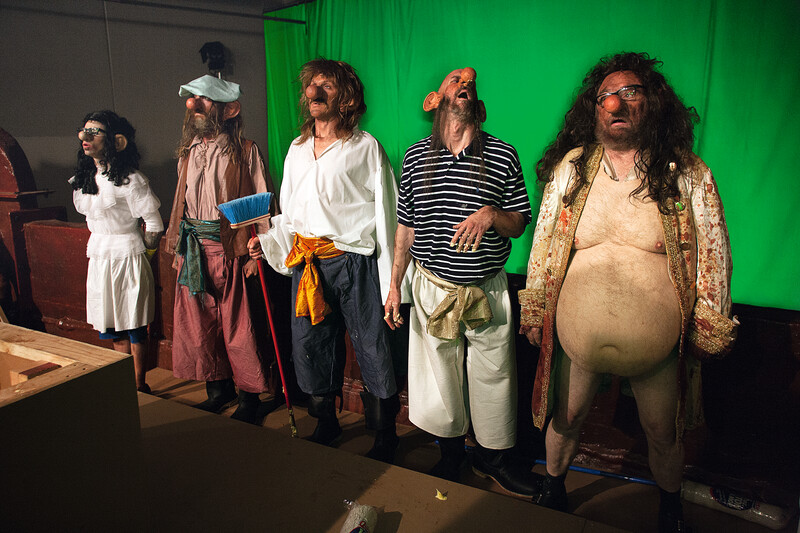 Inspired by the Disneyland attraction and movie Pirates of the Caribbean, Paul McCarthy’s Caribbean Pirates project began as a collaboration between the artist and his son, Damon McCarthy, in 2001 and has spawned sculptures, installations, performance and film. Hershey’s chocolate sauce and classical cinema coalesce in the McCarthys’ nautical world of debauchery and brawling. The lawlessness of piracy is central to this seminal work, which interrogates the ways bodies, sex and violence all find themselves enmeshed in networks of cultural references and American consumerism.

Hauser & Wirth Publishers new release ‘Paul McCarthy and Damon McCarthy: Caribbean Pirates’ features two major projects ‘Frigate’ and ‘Houseboat’, alongside an essay by John C. Welchman and a text by the artist, which are both excerpted below. The two volume artist book presents an extensive selection of photographic documentation from the buccaneering series. Paul McCarthy’s ‘Disney Doo Down the Hole Death Caribbean Pirates’ is filled with tumbling utterances, emphasising the action and contemporaneity of performance through the phonetic potential of language. As Welchman iterates, ‘Activating his grocery items as tools, lubricants, and props, McCarthy’s sexually schizophrenic persona engaged for almost an hour in dysfunctional bouts of mannered and aggressive autoeroticism inside a decrepit skid-row hotel room.’ 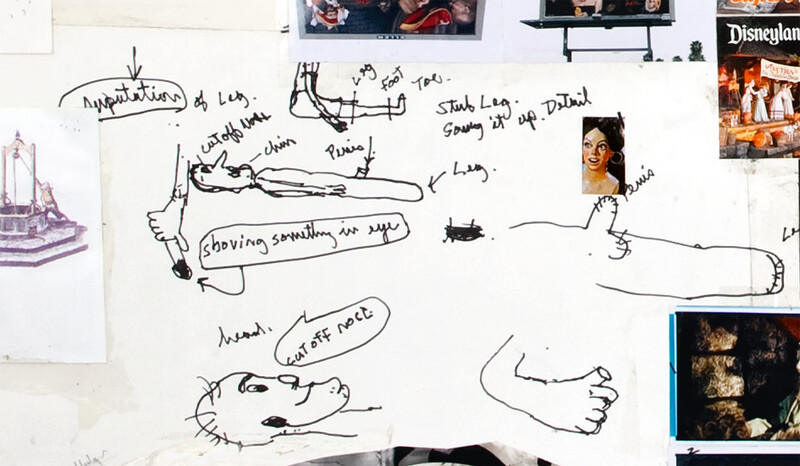 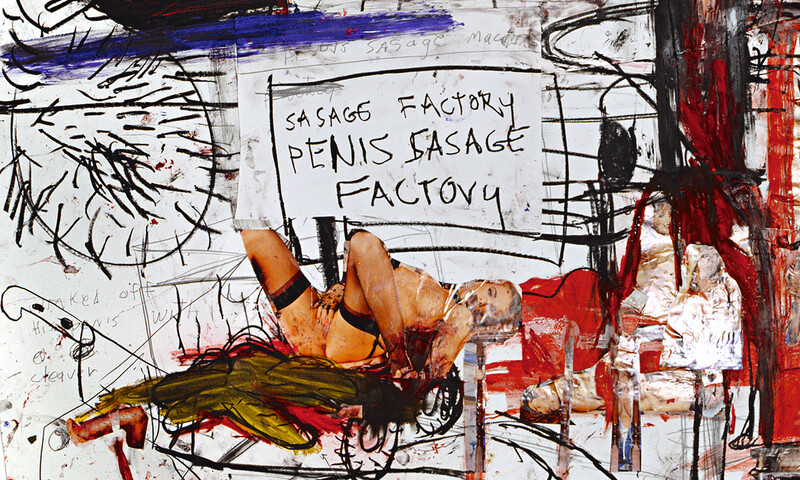 ‘Catching Mayhem by Its Tail’
by John C. Welchman

Caribbean Pirates is staged as a visceral exploration of ‘men on ships, alone,’ interspersed with seething correlates transacted on shifting strips of terra firma. Completed in 2005, at the beginning of George W. Bush’s second presidential term—and in the shadow of the war in Iraq launched two years earlier—the work allegorizes the destruction, plunder, and collateral damage of power at arms, and ironizes the rationales and justifications of remote violence. Another of its multiple valences was prompted by a resurgence of nautical topicality around the turn of the twenty-first century: piracy off the Horn of Africa and in the Strait of Malacca; oil spills from tankers and ocean-drilling platforms; and new waves of perilous seaborne migration, especially from North Africa to Europe. One of several contemporary artists who took up with what I have described in another context as the ‘marine core,’ Paul McCarthy has interests dating back to the mid-1970s that connect with other strands of maritime adventurism, including the work of Bas Jan Ader (and his tragic end at sea) and the web of nautical imagery in the work of historical avant-garde artists such as Vladimir Tatlin and Pablo Picasso. While Picasso’s study for a sex-seeking sailor was finally ushered off the stage of the brothel scene represented in ‘Les Demoiselles d’Avignon’ (1907), it is clear from the hectic libidinal discharge of the McCarthys’ Caribbean Pirates that the erotic urge and motivational latency of this iconic seafaring figure have not been forgotten. 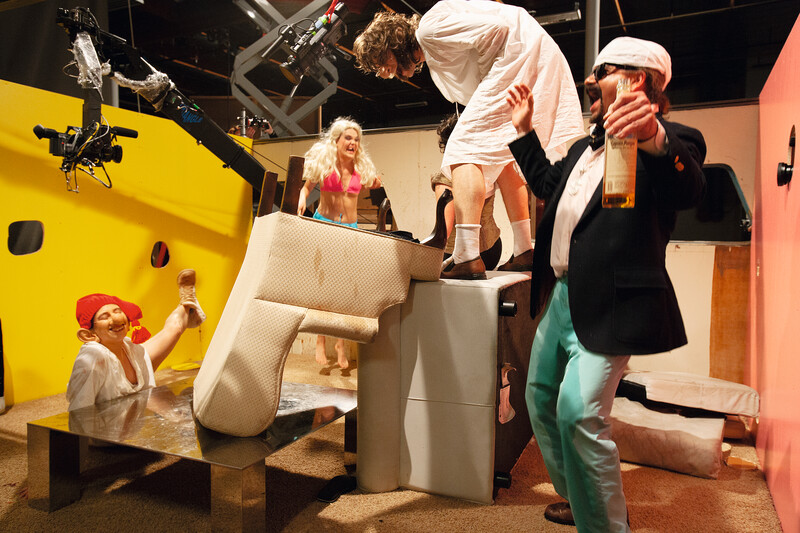 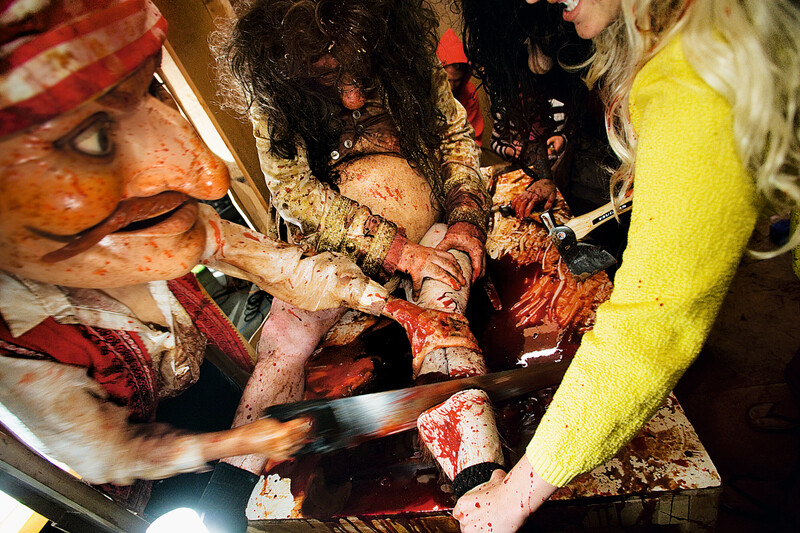 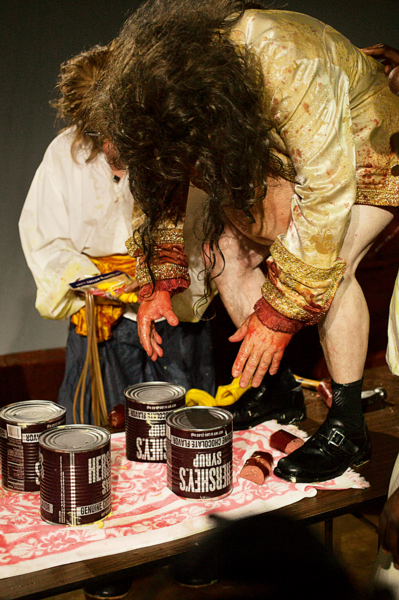 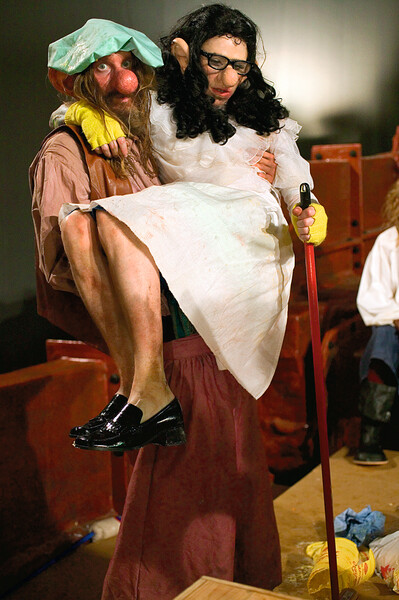 DISNEY DOWN DOO THE HOLE DEATH AT THE BOTTOM OF THE HOLE begins begin begin began downward downward hell is but a float liken a dead circus caucus past the restraint restaurant know one at the helm at the helm mate fantasy matting four abreast in a suburb boat begins with float float life is but a dream past your favorite sushi sexy house bar down you go know one knows ho ho FUCKEN no the way its not an issues say the captain hold on tight says the captain we abooot too fuuuck the arm the gates John John Death cut coot off the head fire the penny winy piny pines boy hoyan issue of lets attack by a says the stub simulation in another realm ream ream there circular motion with the broom in thee hole reamer dream she he is but a dream a fantasy min mother ream the assss fool such here we are fuuuucken goo Have thee laddies kill the moootherrr FUCKEN chiiiillddreeen .Villlllliggggers there weee bare suuuch a show dream dream sing dream iammm in a dreammm flooooaaaating down streaem LIFWE IS smooch A such a dreeeam killll the villagers selllll the wooomen action. Artist them oo0f with the leg to the killllers the on the reeed red dresss I’d it design dreeeamm red strip this she take them below…

Celebrate the launch of Paul McCarthy and Damon McCarthy’s latest publications – ‘Caribbean Pirates’ and ‘Aftermath’ – at a Book Signing with the Artists at Printed Matter’s Los Angeles Art Book Fair at The Geffen Contemporary at MOCA, on Thursday 11 April 2019.