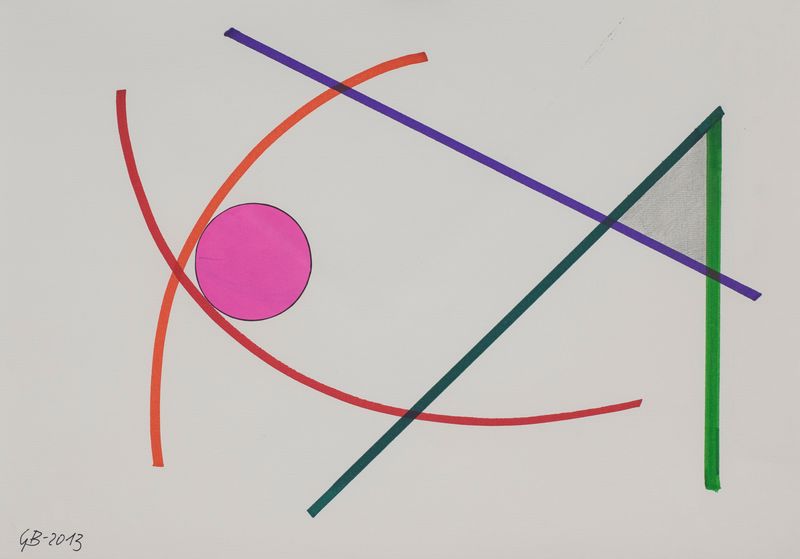 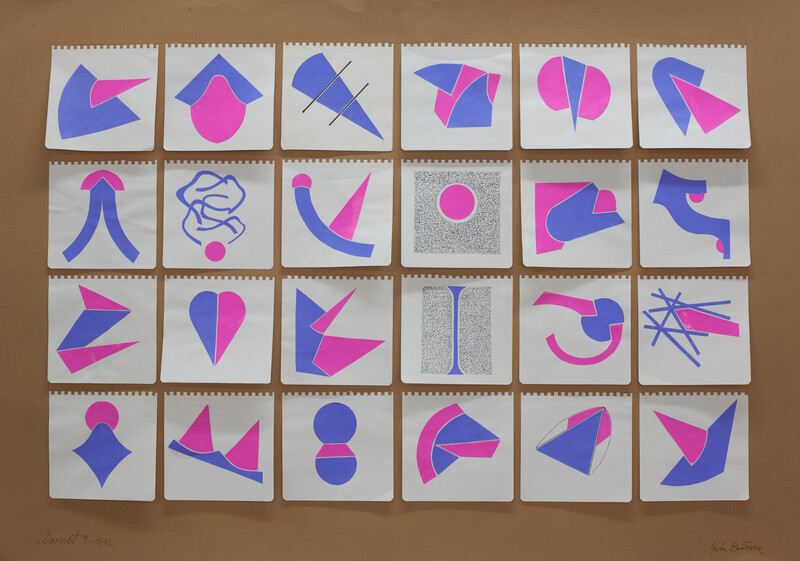 Brătescu’s recent international recognition provided a basis for the re-evaluation of her more experimental work within the framework of conceptual practices. In this vein, Hauser & Wirth presents ‘The Power of the Line’ in London, featuring an important body of works from the past decade, during which time Brătescu focused predominantly on working with the line as a structuring principle.

For Brătescu, the line is manifest in the movement of the artist’s hand in space as it handles the pencil, the marker or the scissors, creating a flow of shapes, forms and sometimes even silhouettes. The artist said of drawing that ‘it’s exactly like singing’ and akin to ‘dance, [which] is the gesture of the body’. 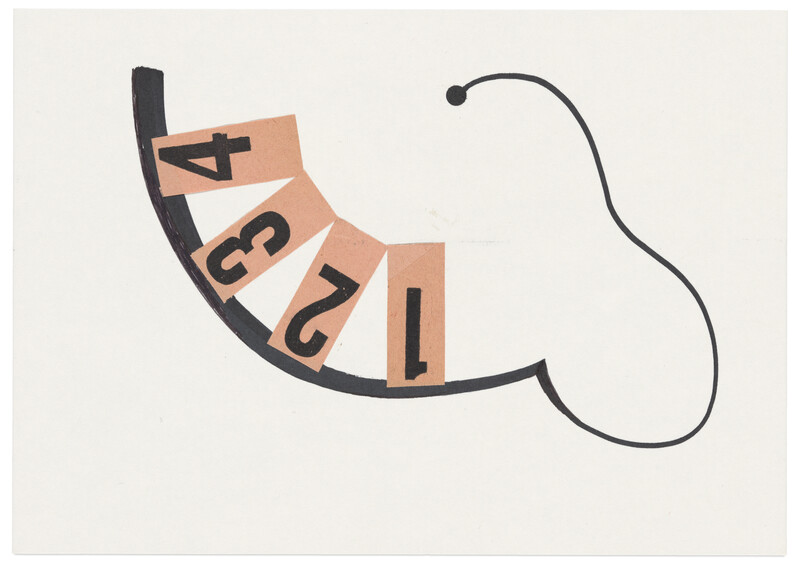 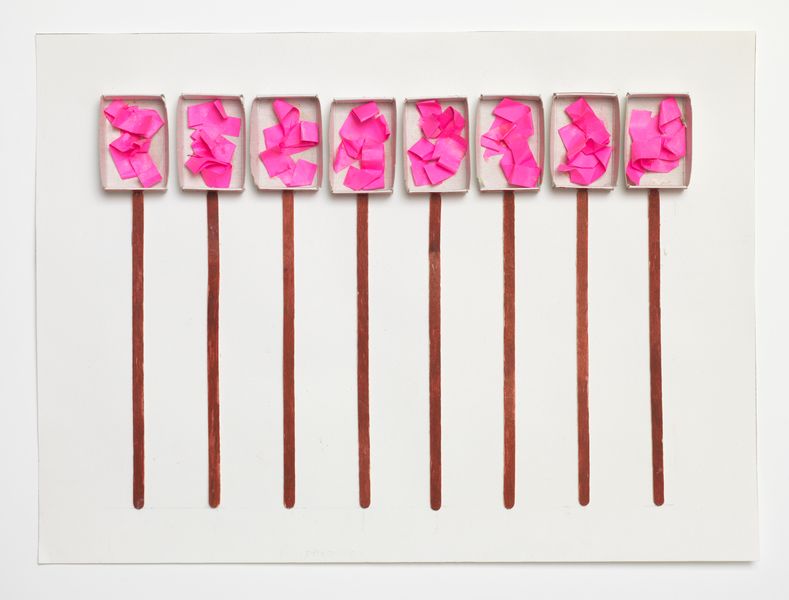 The sources of Brătescu’s inspiration extend from line to literature, and the artist’s work would often draw on the stories of characters in famous texts. Aesop, Medea, Mother Courage and Faust all played starring roles in her work, functioning as alter-egos, conduits for self-expression and even frequently an oblique form of political subversion. She remembers that ‘from when I was very little, [my parents] gave me books, read books to me. My mother was a great book lover and I’ve kept her library.’

The creative and sentient atmosphere of her studio, which was formerly owned by the Institute of Art and is also where the artist lives, becomes sharpened in the film made with artist Ștefan Sava. It provides a view into the space of the studio as a safe environment, where the physical, psychological and historical are heightened and intertwine. Brătescu frequently used lo-fi, handmade, inexpensive and everyday materials and this intimate aesthetic appears in works which incorporate torn paper, coffee sticks, and match boxes such as ‘Untitled (Fără titlu)’ (2013). Brătescu remembers in her childhood: ‘I didn’t draw at the age of three or four… but I worked. I tore paper – white paper – in my parents house. I tore it into little pieces, which I stuffed into the edge of the wall.’