Born in Panorama City, California, in 1974 and currently living and working on the East Coast, Matthew Day Jackson's art grapples with big ideas such as the evolution of human thought, the fatal attraction of the frontier and the faith that man places in technological advancement.

Jackson’s exhibition ‘Pathetic Fallacy’ consists of works conceived during his time as artist-in-residence at the gallery in Somerset since August 2018, and is presented in a range of mediums, including: painting, drawing, sculpture, furniture, and installation. The exhibition’s title, ‘Pathetic Fallacy’, is a literary term used to describe the attribution of human emotions onto inanimate objects in nature. The subsequent body of work focuses on how we understand our natural world, and is further punctuated by collaborations with his family and the local community.

Jackson invites the viewer to participate in the make-believe. 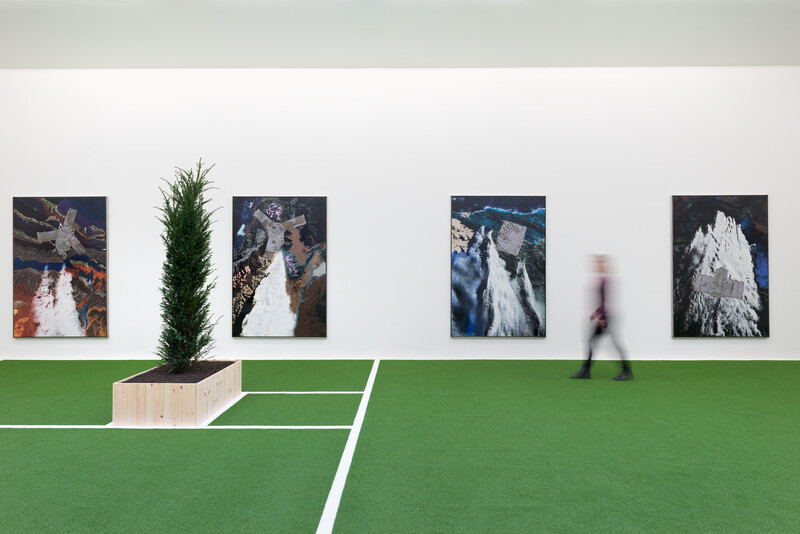 The overarching conceit that runs throughout the exhibition is an interest in our compulsion to document, map and systemise our natural world as a method for understanding nature. In the Rhoades gallery you can see the Solipsist paintings: aerial views of colourful, silkscreened Formica landscapes, with satellites made of poured lead hovering in the space above. The series title alludes to the self-referential nature of satellites, and Jackson’s observation that, ‘despite how far we have travelled, we are looking back in on ourselves, rather than investigating where we are going’. Jackson uses these unconventional materials frequently in his practice – the Formica refers to the material of table tops in his childhood home, and the poured lead to its own poisonous history. These paintings depict landscapes that are disappearing or transforming due to human intervention. 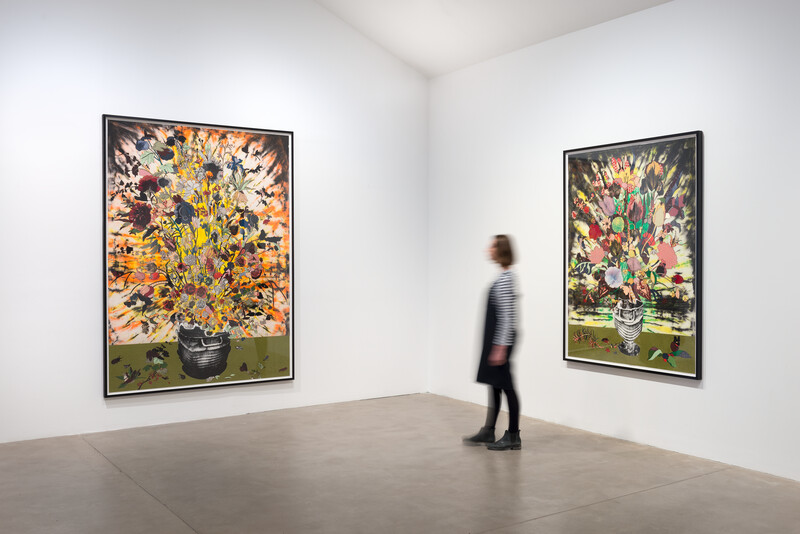 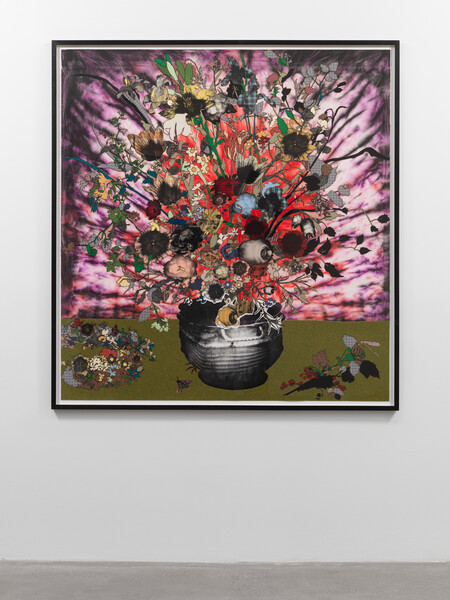 The works have been ordered into the four elements, with each wall of the gallery representing earth, air, fire and water. A fifth element, aether, is represented by a scent, which Jackson has produced in collaboration with Bestscent and atomised throughout the space. In the same way that we attribute human emotions to the weather, Jackson sees these images as the Earth emoting, creating his own pathetic fallacy. Rather than seeing ourselves in the satellite shots, we only see the devastating effects of our presence on the planet, rendered in aesthetically pleasing colours.

Jackson invites the viewer to participate in the make-believe, through his sculpture, paintings, events, and now more formally in a game. He is fascinated by the creation of identity and conjured worlds, ultimately with a belief that art has the power to build new realities.

‘Matthew Day Jackson. Pathetic Fallacy’ is on view at Hauser & Wirth Somerset from 19 January – 6 May 2019.