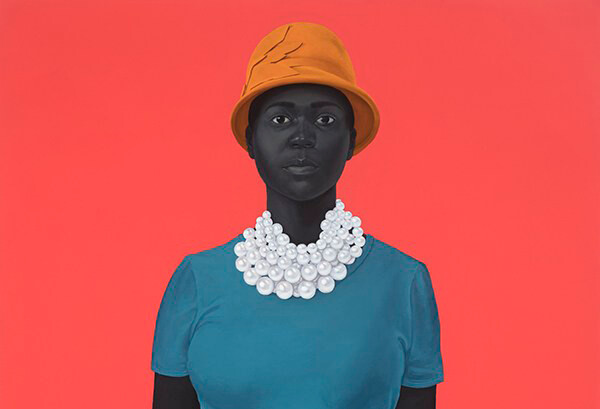 Amy Sherald, She had an inside and an outside now and suddenly she knew how not to mix them, 2018 (detail) © Amy Sherald

I had known that I wanted to do the painting that became ‘Planes, rockets, and the spaces in between’ for a long time. I had the stretcher built two or three years ago, but the idea was never really the right idea. It’s something I’ve always wanted do, to place figures in an open landscape, and I thought for years about how that would work and what it would look like.

I wanted it to have the same essential qualities that the individual portraits have. I knew I wanted the horizon line to be low. I knew I wanted the sky to take up most of the painting and I wanted you to feel almost as if you’re walking up behind the two women, into their space but feeling that, if you crossed that threshold into their space, your body might turn the same kind of gray they are, that something would happen to you.

Where did the rocket come from? It’s kind of hard to figure that out myself. Part of it was that I just had to fill the space, and I had to think of something. A bird wasn’t going to work. It wouldn’t be big enough. There’s something about a rocket—it’s symbolic of the highest height of the spirit, of unlimited potential. It really captures your imagination because it’s going someplace where we can’t go. It’s almost like a dream. It’s just a very American thing, watching rockets go up. But I also feel like rockets are very white and very male, somehow, you know, the space program, all those white guys. The two women who served as the models were women I met when I went to a meeting once at the Baltimore Renaissance Academy High School, when we were raising money to send the students there to see the movie ‘Black Panther.’ One woman had graduated from the school a few years earlier and the other woman is a teacher. As soon as they walked into the room for the meeting, I knew that they were the ones for the painting, so I asked them. 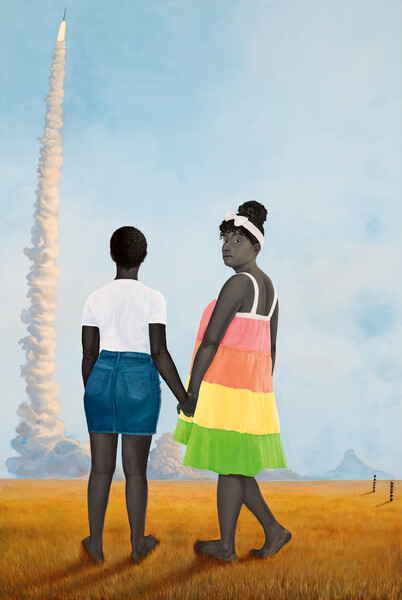 Amy Sherald, Planes, rockets, and the spaces in between, 2018 © Amy Sherald 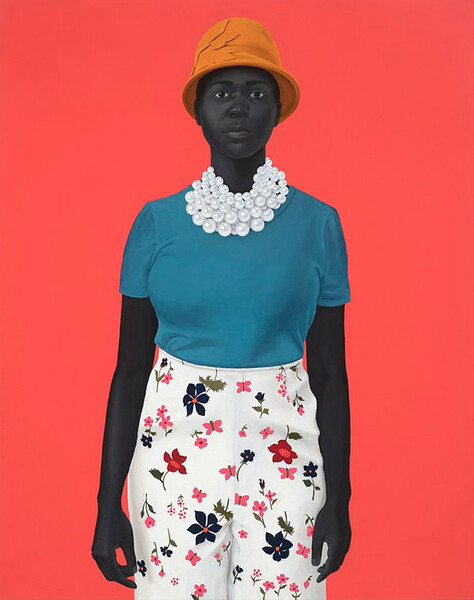 Amy Sherald, She had an inside and an outside now and suddenly she knew how not to mix them, 2018 © Amy Sherald

There’s also something in the painting that makes it feel uneasy, and I’m not quite sure what it is. Maybe it’s that you can’t see the face of the woman on the left, or that the woman on the right is turning around and looking right at you, directly, and you feel excluded from what they’re seeing, not belonging to the scene. I think a lot about the gaze, and that’s why my figures look directly at the viewer. When I grew up, there was a way to act in public and to act around white people, and when I was young and immature, I internalized that. But as I got older, I began to figure it out and take it apart. It’s like walking around and trying to sense who’s your friend and who’s your enemy, as a black person. In a way, I feel like I’m trying to rid myself of that sense in painting. The people have relieved themselves of the need to perform, and they’re just being themselves. When you walk into the painting, you’re walking into their space. The gaze is different. I think about when my parents grew up, in the Deep South, in the 1930s and ’40s, and that they were really lucky not to get lynched, my father in particular. I’ve always read about lynching and the reasons why men in particular were lynched, sometimes for just looking at a white woman, in passing, just an incidental look or a perceived look. So for me, the idea of the gaze is really powerful. I don’t take it for granted. 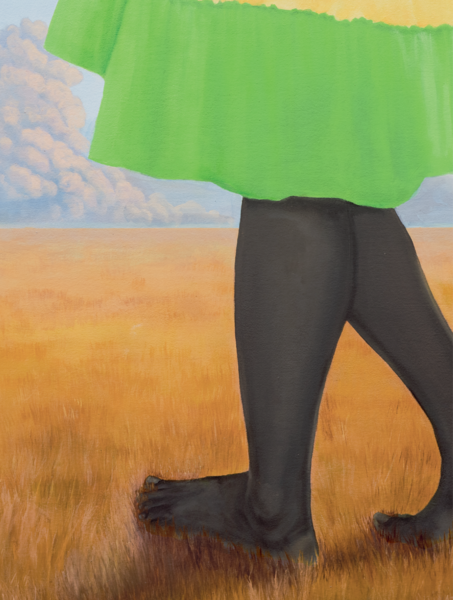 Amy Sherald, Planes, rockets, and the spaces in between (detail), 2018 © Amy Sherald 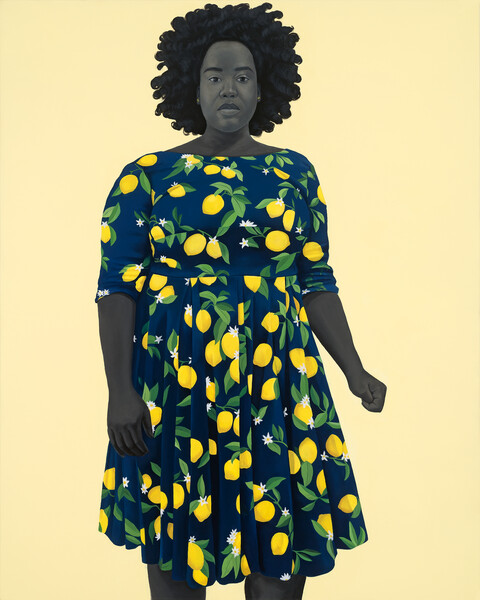 Amy Sherald, She always believed the good about those she loved, 2018 © Amy Sherald

I wouldn’t say that the rocket painting is really a new direction. I’m not going to quit making individual portraits. But there are some ideas that just don’t fit into those canvases. Let’s call this a meaningful tangent.

‘Amy Sherald’, a solo exhibition organized by the Contemporary Art Museum St. Louis and curated by Lisa Melandri, is on view at Spelman College Museum of Fine Art, Atlanta GA,  from 31 January – 18 May 2019.

Let’s Get Lost: Rediscovering a radical scholar as art shaman

This is not a photograph