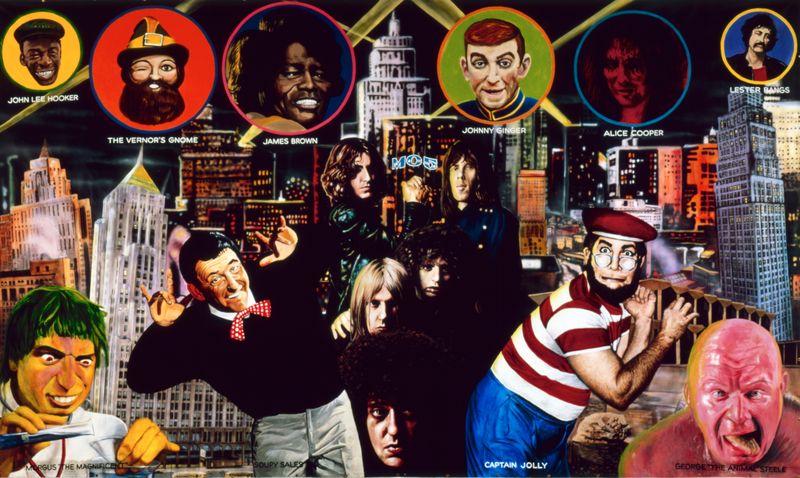 The Destroy All Monsters Collective (Mike Kelley, Cary Loren, Jim Shaw), The Heart of Detroit by Moonlight, 2000 (1 of 4 murals that comprise the installation 'Strange Früt: Rock Apocrypha') © Mike Kelley Foundation for the Arts. All Rights Reserved/VAGA at ARS, NY. Courtesy the Foundation and Hauser & Wirth

Mike Kelley’s exemplary career path went like this: starting off in Detroit’s subculture, he passed through various art schools, rising to become a seminal figure in the art world at the turn of the 20th century and first decade of the 21st. Kelley was a superlative artist who, like few others, produced a string of works and writings that have shaped American art and our conception of it. He convincingly shows us how to imagine a contemporary culture that lays bare the mechanisms of 21st century mass society in all its guises, explicating the movements, both obvious and concealed, which determine today’s globalized world.

In all of this, Kelley appears as an exemplary protagonist of the very culture that he simultaneously analyses as a thinker and cultural critic. In this role, individual works were less important to him than complex correlations, ultimately leading to large series of works. As such he explored recurring themes, which in turn revealed wider associations within society at large. For Kelley, these became key in allowing him to subject culture and society to analysis in the Freudian sense. He confronted the manifest with the unconscious, tracing pathologies and the myths to which they give rise, moving along a path towards an in-depth anamnesis.

At the time when Kelley began his studies, the visual arts had finally abandoned their traditional pecking order and territories, as boundaries between each art form dissolved. Painting was no longer painting, sculpture no longer sculpture. The theatre of the performative opened up unknown fields in anticipation of the new accelerated possibilities offered by new media and new realities. To a greater degree than almost any previous generation, the emerging artists of these years were challenged by upheavals. We still have not fully grasped these rapid changes, which have impacted art as much as they have technology and wider society. 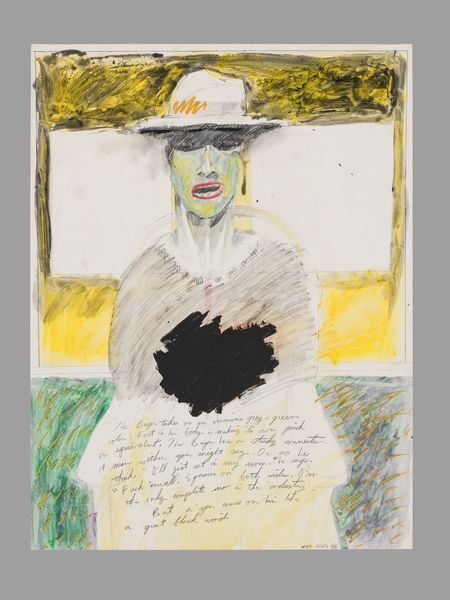 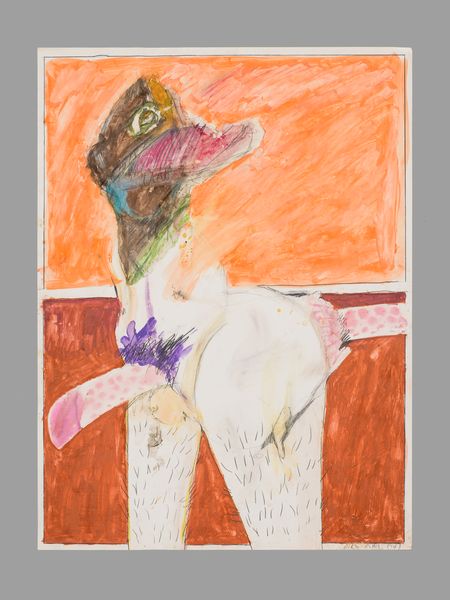 As so often – and despite being separated by vast cultural and geographical distances – a new generation began to ask similar questions and to break with their predecessors’ artistic principles while nonetheless appropriating their practices, albeit in highly idiosyncratic and radical forms. This took place against a background that had become, on many counts, dubious and untenable: the avant-garde had brought the idea of modern art to an endpoint which made artistic practice seem obsolete. Political questions oscillated between the geopolitical trauma of the Cold War and the far-reaching, profound and aggressive critique of the system and of traditional structures.

All this happened in the light of rapid technological development, which was beginning to produce images and data in an abundance never before known. And this process, we now know, was only just beginning, all orchestrated by a popular culture, most acutely alive in music and moving images, that conveyed and propagated a sense that boundaries no longer existed.

Under pressure from all of these developments, the desire to make art now came to present a particular challenge. There was clearly no longer a logical progression to continue. Ruptures became a continuum, and contradictions created new connections and affinities. A desperate search underlay the brash statements that flew in the face of the conventional approaches that the avant-garde had cultivated for decades – an avant-garde that in its practice had lost touch with the latest political and media developments. Seen from the viewpoint of today, all this happened with astonishing simultaneity in very different places, from Eastern Europe to the West Coast of the USA.

Kelley studied at the University of Michigan in Ann Arbor from 1972 to 1976, then at the California Institute of the Arts in Los Angeles from 1976 to 1978. This put him in a very similar setting to his German-speaking contemporaries Martin Kippenberger and Albert Oehlen in Hamburg, and Franz West and Heimo Zobernig in Vienna, to mention just a few. Their work is the result of a commingling of art, music and subcultures. In Kelley’s case, his personal backdrop was the city of his youth, Detroit, a city which has not by chance become a byword for the social, political and economic degeneration that continues to impact our current politics and sense of social cohesion. These formative years saw Kelley involved in Detroit’s (proto) punk and noise scene, encountering Iggy Pop and the Stooges and the highly performative free jazz artist Sun Ra, but also the alternative lifestyles embodied at ‘God’s Oasis Drive-in Church’, with its wide variety of art and communal activities. It was also during this time that Kelley appeared in the band Destroy All Monsters.

‘Destroy All Monsters’, however, was spawned from within the national recession of the seventies. By 1974, Detroit’s economy had collapsed, shaken by riots in 1967, massive social disorganisation, and the deindustrialisation of the American car industry. The Rust Belt’s social promise was dead, and Destroy All Monsters rejected outright the legacy of hippie optimism.’ [1]

This is the backdrop to the earliest works featured in the exhibition. Years later, Kelley would return to his early works, setting them in a larger context. In retrospect, we can see just how much Kelley’s work goes through repeated biographical loops, turning recapitulation into a principle, and thus making an exemplary biographical account of his own life story, or interpreting his own biography in exemplary fashion.

One example of this approach is the project ‘Missing Time: Works on Paper 1974–1976, Reconsidered,’ which Kelley first showed in its entirety in an exhibition at the Kestner Gesellschaft in Hanover in 1995. [2] This took place in connection with another exhibition, ‘The Thirteen Seasons,’ held at Galerie Jablonka in Cologne early the same year. 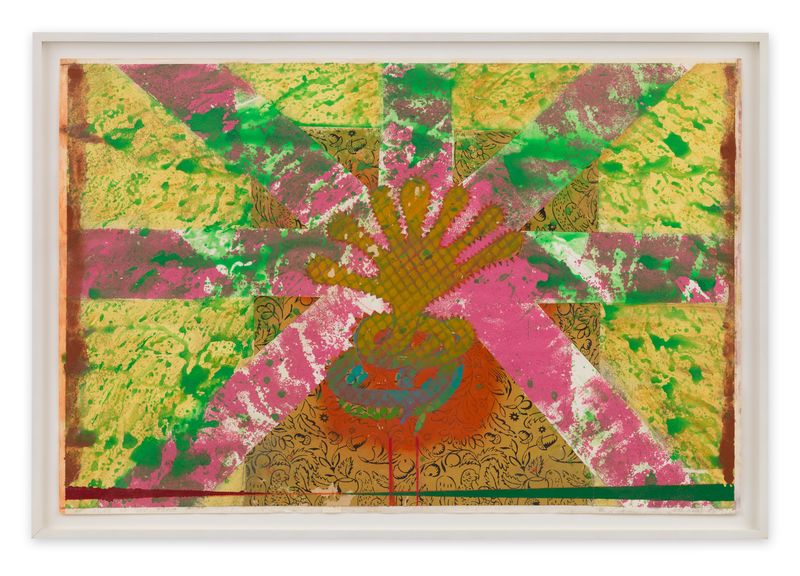 Mike Kelley, Elegy to the Symbionese Liberation Army, 1975 © Mike Kelley Foundation for the Arts. All Rights Reserved/VAGA at ARS, NY. Courtesy the Foundation and Hauser & Wirth 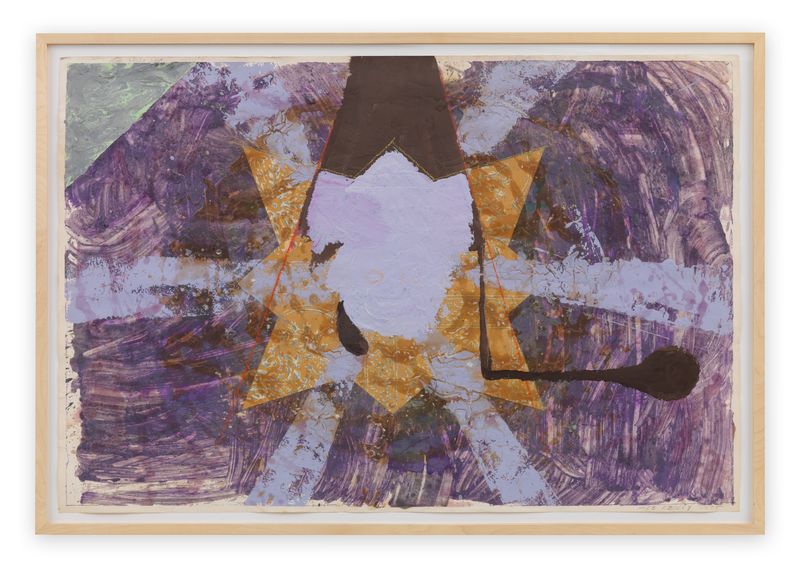 Mike Kelley, Brown Out, 1975 © Mike Kelley Foundation for the Arts. All Rights Reserved/VAGA at ARS, NY. Courtesy the Foundation and Hauser & Wirth

‘Whenever you ‘rediscover’ your old creations, isn’t it funny that you find them so satisfying? You’re as engrossed as a baby is with his or her own poop. And, to top it off, it seems as if a hiatus from old ways sharpens your skills at those abandoned practices. Then you ask yourself: ‘Why did I ever stop doing this? How is it that I forgot myself? Why do I have to rediscover what I already know?’ And then you cry out: ‘I want to go home again!’ Well, come on back. Your room’s just like it was when you left. We’ve kept it exactly the same, untouched, in anticipation of your return. You’re home.

So here I am back at the steps of my old academy. I knock on the wise door with a tear in my eye. Yes, I am the first to admit that my paintings are willful perversions of my training. They are full of ironic inversions and grotesque substitutions…’ [3]

The shows in Cologne and Hanover both featured a publication, both containing a text by Timothy Martin, appearing in slightly different versions in each. [4] Martin first makes extensive references to Kelley’s education in the style and tradition of Hans Hofmann, [5] and to the specifics of that education including the ‘push-pull’ phenomenon of colour field painting. Then, in the following passage, he moves on to the behaviour of the student, and thus also of the subsequent artist – or the perpetrator or victim:

‘In Kelley’s retrospective view of his own early works, where Pop and vernacular images were part of a push and pull, the insistent leveling is where the notion of the indoctrination, law, and ‘abuse’ enters into the picture. Besides being a compulsion, the game is also a self-perpetuating habit. It keeps giving the artist ideas about what to do next and a means to make radical countermoves ad infinitum, but, in a sense, none of the moves ever stray too far from the relation enclosure, and the obedience implied by it. Everything falls within the system, and that system, like the artist’s or cultist’s institutional identity, becomes entwined with his developing subjecthood to the point where he can’t remember a time when it wasn’t there, holding things together as they formally fly apart. Kelley tries, perhaps futilely, to reckon with this directly through his reconsideration/reworking of the undergraduate paintings – a virtual return to the scene of the original crime.’ [6]

And some lines later, Martin states: ‘It is in full cognisance of the current American moral, psychological, and juridical confusion about repressed memories of child abuse – memories which typically surface in individuals of the same age bracket as artists having mid-career retrospectives – that Kelley delves into his own past as a more or less public form of inward ‘retrospection.’’ [7]

At this point, Kelley was already immersed in an overarching project, ‘Educational Complex Onwards 1995–2008,’ which would reach its highpoint in an eponymous exhibit and publication. [8] In this project, Kelley’s own past, the biography of his education and work, as well as a highly personal life history, whether real or fictional and constructed, became a large, complex construction. It depicted society and, with it, the conditions of artistic production. 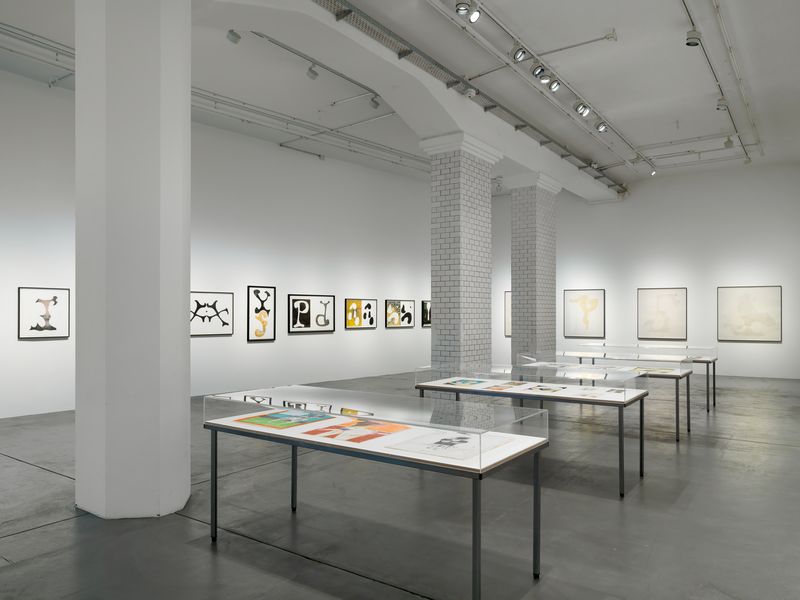 At the beginning of this text, mention was made of the extent to which Kelley’s generation understood themselves to be in a transitional phase between modernism and a new world with new rules. Today, looking back, we know how fundamental the changes were that accompanied this art. Here, Kelley shows himself to be the great American – and not just American – visionary, whose works serve as a large-scale tableau of unforeseen upheavals.

The impulse underlying an exhibition of the collages and other works revisited shortly before his death was to powerfully present this large body of work in the condensed form of a gallery show. This came about in close collaboration with the Mike Kelley Foundation for the Arts, making reference not only to the exhibitions held in Hanover in 1995 and at the WIELS Center for Contemporary Art in 2008, but also to the poignant 2012 project ‘Return of the Repressed.’ Besides individual works by the student collective of his early days, the latter project also featured large-scale collaborative pictures made in 2000. Entitled ‘Strange Früt: Rock Apocrypha,’ these works saw three members of the old group (Mike Kelley, Cary Loren, Jim Shaw), appearing as The Destroy All Monsters Collective, as they revisited their early years in Detroit, where they attended school and the art academy.

‘Mike Kelley. God’s Oasis’, the artist’s first solo exhibition at Hauser & Wirth Zurich is on view from 22 September through 21 December 2018. The presentation, curated by Peter Pakesch, in collaboration with the Mike Kelley Foundation for the Arts, provides a deeper understanding of Kelley’s evolving career by investigating the artist’s formative years in his hometown of Detroit, his subsequent work as an undergraduate student in Ann Arbor, Michigan and his reconsideration of this artistic output decades later.

Peter Pakesch has been a chairman of the Maria Lassnig Foundation since 2015. From 1981 until 1993 he ran Galerie Peter Pakesch in Vienna, where he exhibited Albert Oehlen, Günther Förg, Mike Kelley, Martin Kippenberger, Franz West, Herbert Brandl and Heimo Zobernig, among others. In 1996 he became director of Kunsthalle Basel and in 2003 he took over as director at the Universalmuseum Joanneum and Kunsthaus Graz until 2015.

The Mike Kelley Foundation for the Arts seeks to further Kelley’s philanthropic work through grants for innovative projects that reflect his multifaceted artistic practice. The Foundation also preserves the artist’s legacy more broadly and advances the understanding of his life and creative achievements. The nonprofit Foundation was established by the artist in 2007.