‘The Human Figure in Space’ is inspired by the seaside setting of the Jerwood Gallery in Hastings, England, and 19th-century photographer, Eadweard Muybridge’s pioneering work, ‘The Human Figure in Motion.’ Muybridge developed a scheme for instantaneous motion picture capture, photographing his subjects moving in front of a grid of white thread.

In the work ‘The Human Figure in Space,’ Wallinger recreates the grid, but its familiarity is subverted so that its proximity, presence, and immediacy come as a surprise. Strung tightly around three walls of the Foreshore Gallery is three miles of kite line deployed as a space-defining graph. The fourth wall is mirrored so that the reflected version of our selves lies quantifiably in another space; the image fulfilled in the mirror looks back like a wide-eyed camera obscura. The study of movement that once held people suspended in time now returns us to the still coordinates of the gallery space. 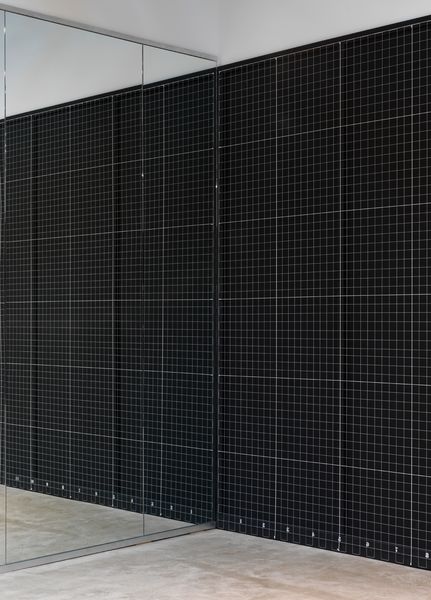 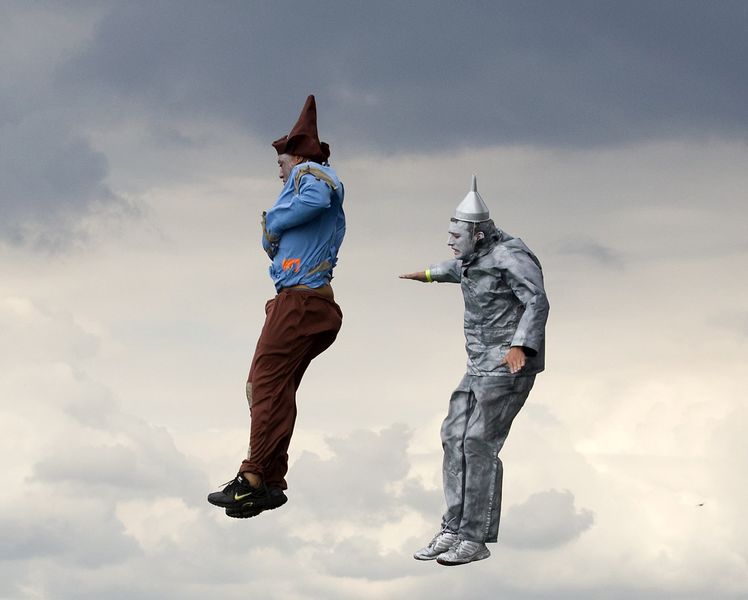 ‘Birdman’, created specifically for the show, is befitting for the seaside location of Jerwood Gallery. The piece features cropped details taken from images of contestants at the International Birdman competition, which takes place on the Sussex coast. As Mark explains: ‘Isolated against the sky, these would-be aeronauts conjure with myth and wilful slapstick, bathos and pathos. The dream of flight that started in Greek mythology with Icarus and Daedalus and continued through a myriad of figures from cultures worldwide, is here very much end-of-the-pier.’

‘Landscape with the Fall of Icarus’, the final piece in the exhibition, is reminiscent of the looping movements that Muybridge animated in his zoopraxiscope, (a device for displaying moving images, considered an important predecessor of the cinema projector). Five screens show footage of people in precarious positions leaving you questioning if they are comedic or heroic.

‘Mark Wallinger: The Human Figure in Space’ is on view at Jerwood Gallery, Hastings through 7 October 2018.

Mark Wallinger, born Chigwell, UK, 1959, has created some of the most subtly intelligent and irreverent artworks of the last thirty years. Wallinger is known for his career-long engagement with ideas of power, authority, artifice and illusion. Using epic narratives, lyrical metaphors and ardent punning, the artist critically interleaves the mythological, the political and the everyday.