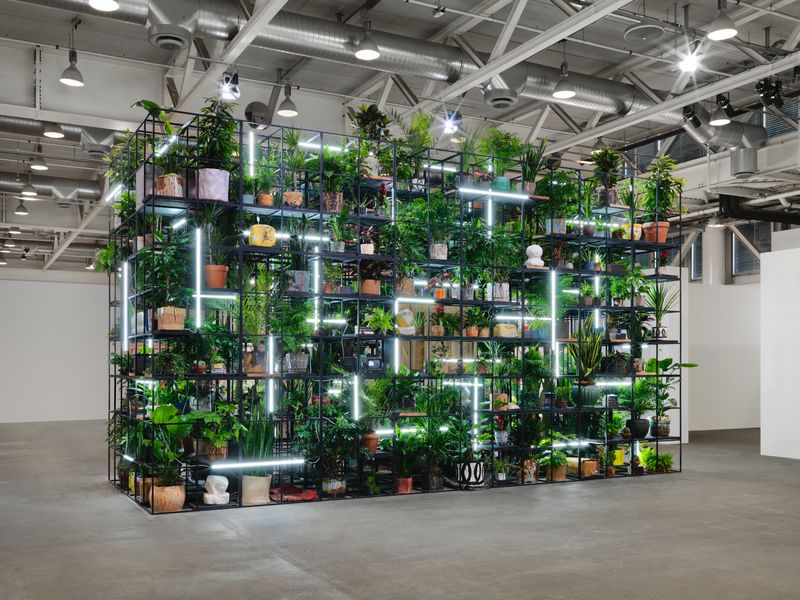 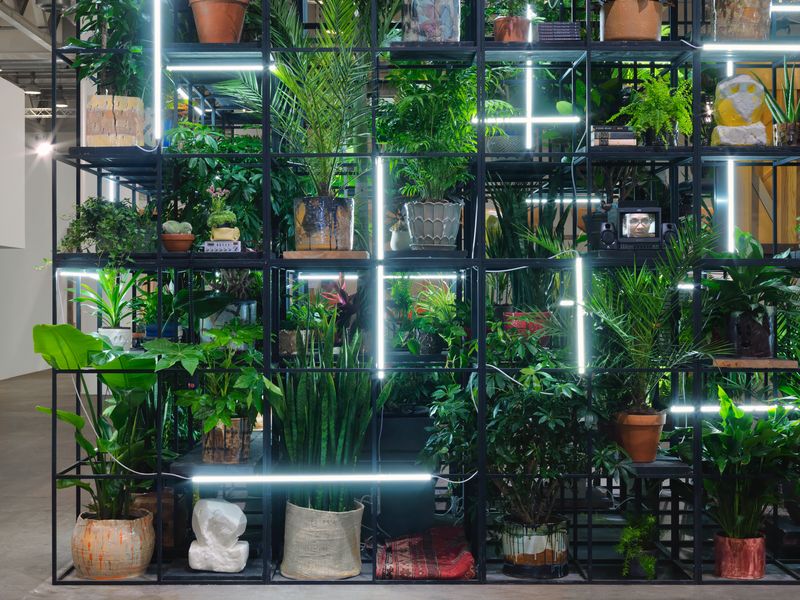 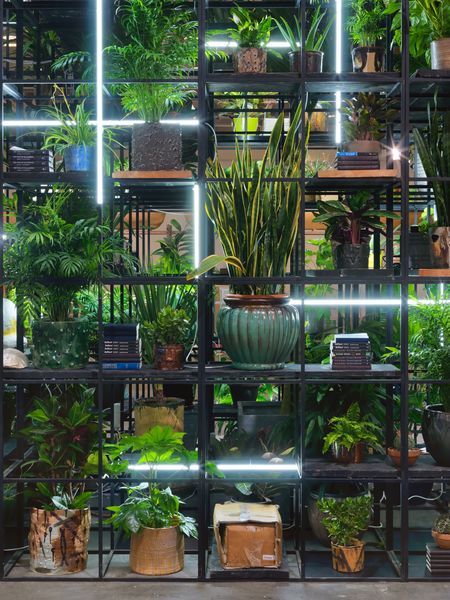 Yet another signifying sculptural element, the piles of literature in ‘Antoine’s Organ’ were carefully chosen by Johnson for their appearance and content. Spanning time periods and genres, these books examine tensions, issues, and experiences as they relate to race and class. The stacks include such celebrated Afrocentric texts as Paul Beatty’s The Sellout, Randall Kennedy’s Sellout: The Politics of Racial Betrayal, W.E.B. Du Bois’s The Souls of Black Folk, and Ta-Nehisi Coates’s Between the World and Me. Johnson’s literary selection suggests the sheer breadth and depth of black experience in America, as well as the wealth of African-American literary output and cultural production.

At the beating heart of the labyrinthine work is an upright piano, partially concealed above the viewer and behind the leaves. During the 2016 exhibition ‘Fly Away’ at Hauser & Wirth in New York, the installation featured performances by the classically trained pianist and music producer Antoine Baldwin (also known as Audio BLK). As Baldwin played the aerial piano, melodies floated through the foliage. (In exhibitions at the Kemper Museum of Contemporary Art and Milwaukee Art Museum, local musicians activated the work in lieu of Baldwin.) The music continuously activated the work, implying the life-giving power of music in conveying narrative and cohering communities – notably, black communities. 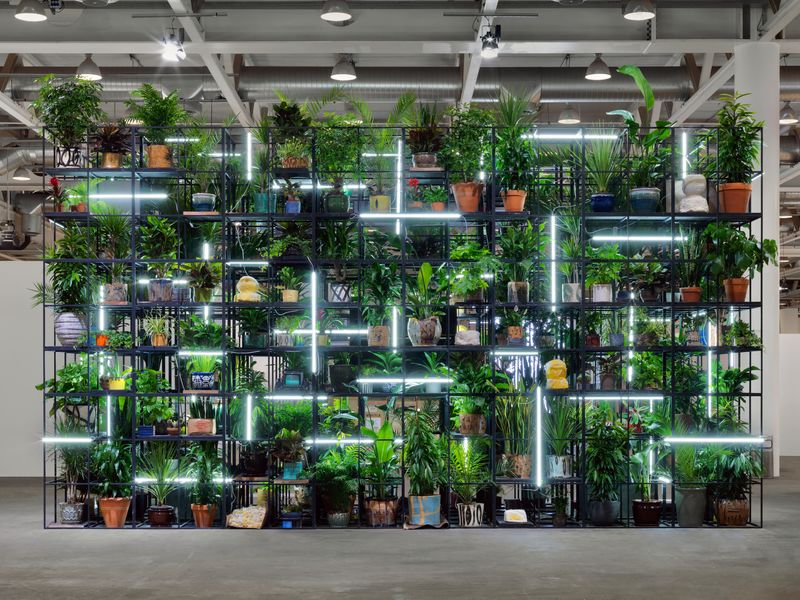 ‘Antoine’s Organ’ is an experiential installation that verges on stream-of-consciousness in its unique constellation of signs. It proposes that the dominant cultural canon is capable of being reimagined, rewritten, and reconfigured; that knowledge, cultivated through organic and constructed means, can look and function differently from anything previously envisioned. In giving Johnson’s lived and cultural experiences an external form, ‘Antoine’s Organ’ breathes life into art’s methods and concepts. Crucially, as feminist author and activist bell hooks wrote, ‘Changing how we see images is clearly one way to change the world.’ (1)