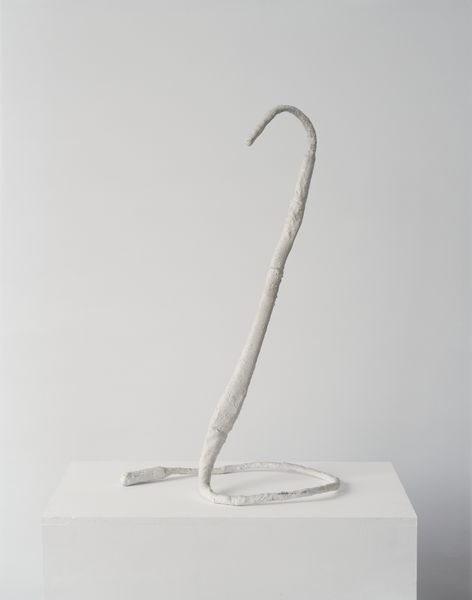 This resource has been produced to accompany the exhibition, ‘Franz West: Early Work’, at Hauser & Wirth Somerset.

This resource has been produced to accompany the exhibition, ‘Franz West: Early Work’, at Hauser & Wirth Somerset.

About Franz West
Franz West was born in 1947 in Vienna, Austria where he lived and worked, he died in 2012. He studied sculpture at the Vienna Art Academy. During his life as an artist he exhibited in major international museums and galleries, including Venice Biennale (1990) and Documenta (1992, 1997) and most recently at Hepworth Wakefield.

In what context can we place his work?
The café culture in Vienna during the 1960s and 1970s clearly inspired Franz West. His brother was an actor and he would spend a lot of time around actors and artists. He declared a keen interest in philosophy and psychoanalysis, particularly the work of Ludwig Wittgenstein (1889 – 1951) and Sigmund Freud (1856 – 1939). Much of his work makes direct reference to Freud, for example the use of the couch. In all of his work, Franz West is interested in being playful and ambiguous.

What does his work look like?
Franz West began to make the Adaptives in the early 1970s. He intended them to be placed over the face, worn around the waist or held in the crook of the neck. Although they may suggest theatrical masks and props, their shapes are usually ambiguous and they remain abstract. These white functionless and abstract forms, are often displayed on plinths or directly on the floor and can immediately be recognized as sculpture. However, at the same time, they also seem to resist the traditional qualities of sculpture made in the same period such as the smooth forms of Richard Deacon or the subject of the body in the work of Anthony Gormley. Another artist who explores body and space through sculpture is Rebecca Horn. 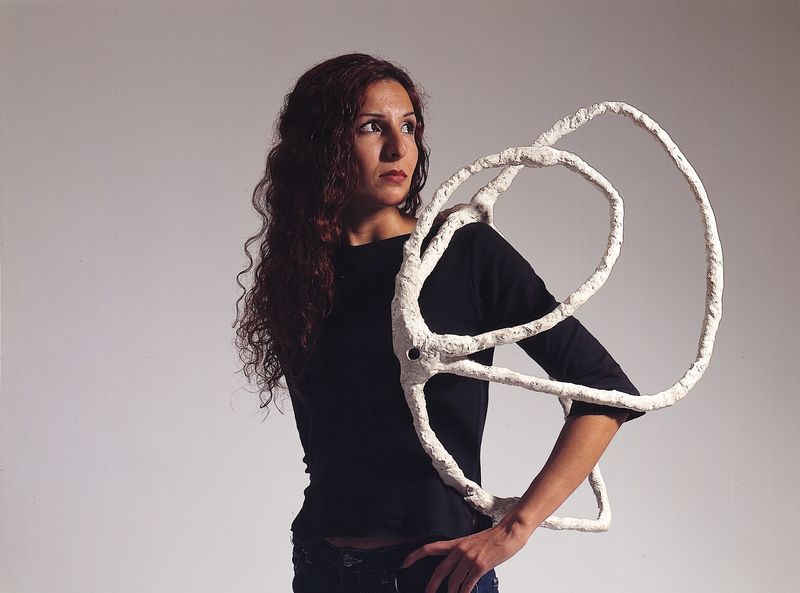 What are his main themes?
The main theme in all of Franz West’s work is the body. He is interested in how the body works in space, in terms of posture and poses and why we move in certain ways. West considers that certain poses are forced on us by society that dictates that we should behave in certain ways. Sexuality is a key theme, in his work there are sexual connotations. Despite the Adaptives looking relatively abstract, they can be read as sexual metaphors, this also links with his interest in psychoanalysis.

How does he make his sculptures?
Papier Mâché is often used to make West’s sculptures, as well as other materials that can be modelled by hand such as metal, gauze, plaster and polyester, his materials could be described as everyday rather than specialised.

Does he work in any other ways?
Franz West produced a range of art work, as well as sculpture he worked in collage and paint, and much of his work from this period is typical of Pop Art. Other sculptures are made from welded metal, found objects, particularly furniture and fabric. He also produced brightly coloured, aluminum structures with expressive surfaces and open compositions, and monumental, organic forms out of papier mâché spattered with paint and some of his work is made as outdoor sculpture too.

How does he title his work?
The works in this exhibition are known as Adaptives or “Passstücke”, which translates into English as “Fitting pieces”; West preferred to use the title, “Adaptives”.

What other artist’s work does it relate to?
Franz West can be seen within a generation of artists that includes Paul McCarthy, (Ship of Fools, Ship Adrift is one of our outdoor sculptures), Mike Kelly, Dieter Roth and Cindy Sherman, these artists also all share a link with the performance and body art of the 1960s and 1970s. In Austria, Actionism referred to action art, it was not a clear movement but described an approach to making art. 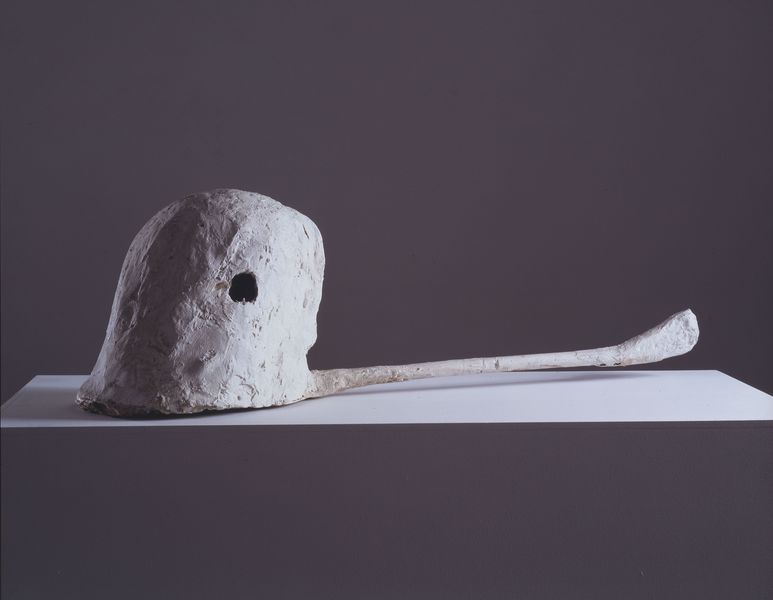 Sculpture
Three-dimensional art made by one of four basic processes: carving, modeling, casting, constructing. Other artists to consider: Phyllida Barlow.

Performance Art
Describes art which uses the actual body itself as the subject and the material, or the art work is the form and actions of the artist themselves. In Austria, it is known as Actionism. Paul McCarthy makes performance art.

Psychoanalysis
Psychoanalysis is the name given to the theory of mind developed originally by Sigmund Freud, a theory that has had and continues to have an enormous impact on culture and intellectual life. Freud Sigmund Freud was born in the Czech Republic, on May 6, 1856. Freud developed psychoanalysis, a method through which an analyst unpacks unconscious conflicts based on the free associations, dreams and fantasies of the patient. His theories on child sexuality, and the ego, remain some of the most influential academic concepts of the 20th century.

Wittgenstein
Ludwig Wittgenstein, was born in1889, in Vienna. He was a philosopher, regarded by many as the greatest philosopher of the 20th century. Despite his academic approach to philiosophy, which was concerned with logic both mathematical and that of the mind; he was a powerful influence upon artists, writers, musicians, and even filmmakers, so much that his fame has spread far beyond the confines of academic life.

Materiality
A focus on the physical qualities or state of the material as integral to the art. Other artists to consider: Eva Hesse.

Collage
Used to describe both the technique and the resulting work of art in which pieces of paper, photographs, fabric and other ephemera are arranged and stuck down to a supporting surface. Other artists to consider: Ellen Gallagher.

Recycling
Making something new out of something that has been used before. Other artists to consider: Dieter Roth.

Papier Mâché
Translated from French for “chewed paper”, is a material consisting of paper pieces (often torn newspaper) or pulp, sometimes reinforced with textiles, bound with an adhesive, such as glue, starch, or wallpaper paste.

Note: you will need to bring pencils and a sketchbook.

Activity 1
Select one of West’s sculptures and use pipe cleaners to produce a 3D drawing of the shape. Use a modelling material and this time, model the shape as a solid form.

Activity 2
Choose one sculpture and focus on the material of the form. Think about how you can make pencil marks on paper that help to convey the texture of the form. Hold the pencil flat against the paper to get a thicker line, smudge, or cover the paper in pencil and rub-out the form of the sculpture.

Activity 3
Everyone puts one sheet of paper on the floor around one of West’s sculptures. Draw a line-drawing of the sculpture, then move position to the left, and pass your drawing to the right. Draw another line drawing on top of the one in front of you. Keep moving around the sculpture and drawing on previous drawings until you reach your original position.

Key Stage 1 and 2
What adjectives can you think of to describe his work? Try making sculpture that you can wear out of papier mache; does it fit on your wrist, leg, arm etc.?

Key Stage 3
West’s sculpture responds directly to the body, try to make a form that can be worn but looks like a sculpture when it is not worn. West often collected other artist’s work. Make a drawing of a West sculpture, once you have finished it swap with a partner, then, cut up each other’s drawings and use glue to make a 3D form.

Key Stage 4 and beyond
How does the exhibition help you define the difference between art and non-art? West says that an artist is an enabler not an owner, discuss what you understand by this.Franz West is described as an art world joker, can you think of other artists who fit this description?

Inspiring Websites That May Help with Your Project

How to make papier mâché

An interview with Franz West