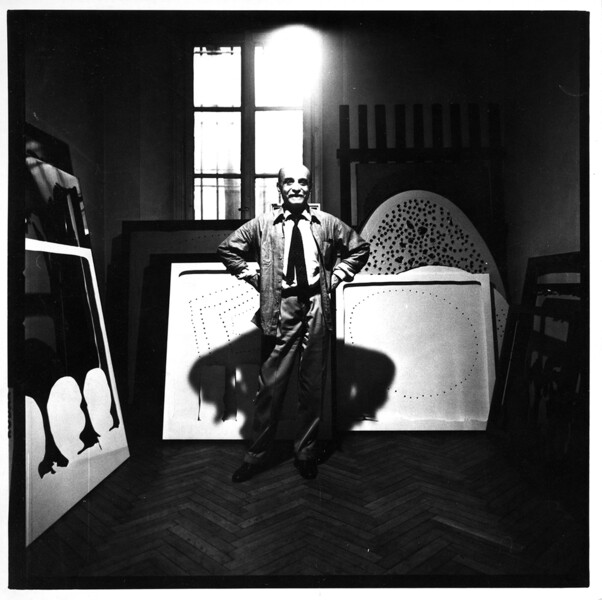 We are delighted to announce a collaboration with Fondazione Lucio Fontana that will unfold over the coming two years with a trilogy of exhibitions at the gallery’s international spaces in Los Angeles, New York and Hong Kong, and major new publications by Hauser & Wirth Publishers.

The trilogy of Fontana exhibitions will be presented in Los Angeles, New York, and Hong Kong, each with a specific area of focus. The presentation at Hauser & Wirth Los Angeles in February 2020 will comprise Fontana’s Ambienti; the exhibition in New York in spring 2021 will explore his ceramics and sculptures; then a major survey will be staged at Hauser & Wirth Hong Kong in fall 2021. All three presentations will be curated by leading Fontana scholar Luca Massimo Barbero, Director of the Institute of Art History, Giorgio Cini Foundation, Venice, and Editor of the Fontana drawings catalogue raisonné and of the Fontana ceramics catalogue raisonné (currently in progress).

Fondazione Lucio Fontana is the foundation responsible for furthering the legacy of Lucio Fontana in Italy and further afield. The collaboration with Hauser & Wirth will focus on bringing his work to wider audiences with an emphasis on educational and scientific research. The Foundation is helmed by Paolo Laurini, President. 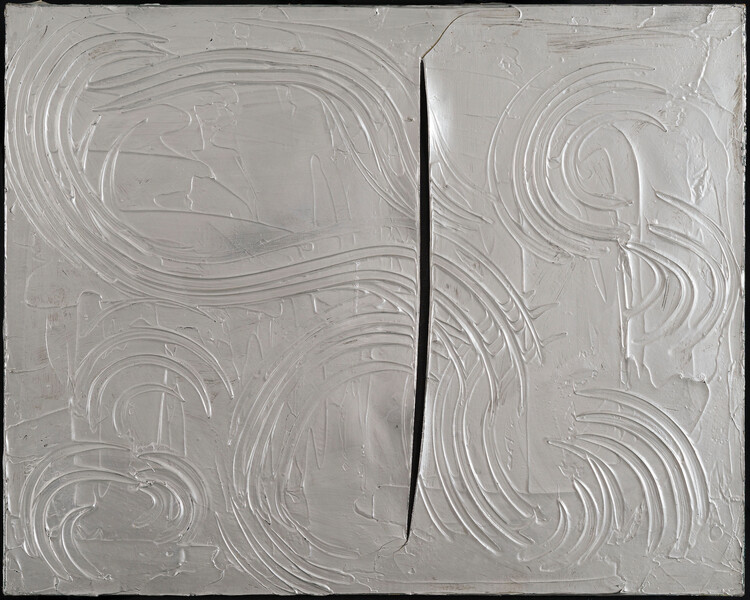 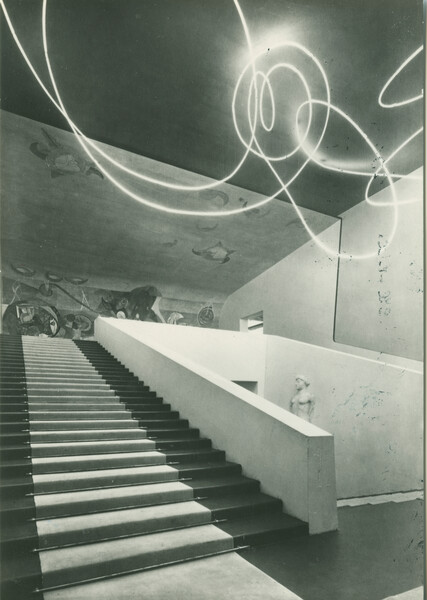 The exhibition at Hauser & Wirth’s downtown Los Angeles complex will be devoted to Fontana’s Ambienti––a group of neon works or ‘environments.’ Presenting these works in Los Angeles places Fontana’s ideas in a new context, positing his pioneering body of work as a precursor to Southern California’s Light and Space movement, and underscoring his impact on a number of artists working in the US in the 60’s and beyond, including Robert Irwin and James Turrell. The exhibition will be accompanied by an archival presentation of related ephemera and drawings to provide an educational context for the art on view.

In spring 2021, Hauser & Wirth New York will present an exhibition dedicated to Fontana’s ceramics, clay models, and sculptures. This relatively underexplored yet central element of the artist’s practice began in the 1930s and extended over the course of three decades, revealing Fontana’s penchant for employing chance and a deep exploration of space as foundational tenets of his oeuvre: the ceramics are highly expressive, evidencing the artist’s unique process through their immediacy and visible traces of human presence. The exhibition at Hauser & Wirth is the first exhibition dedicated exclusively to Fontana’s ceramics in New York City.

In fall 2021, Hauser & Wirth Hong Kong will debut a major survey conceived to introduce Fontana’s most celebrated series to new audiences in Asia. This exhibition will showcase the diversity of the artist’s oeuvre, including cut-works and spatial environments, sculptures, and neon works. The Hauser & Wirth exhibitions will be accompanied by a comprehensive catalog published by Hauser & Wirth Publishers, the gallery’s 27-year old imprint renowned for its scholarly approach and collaborations with leading designers to produce object-like publications of the highest quality. With the special access granted by artists to their writings and archives, Hauser & Wirth Publishers offers a program of more than 25 titles per year that encourage an understanding and appreciation of modern and contemporary art. 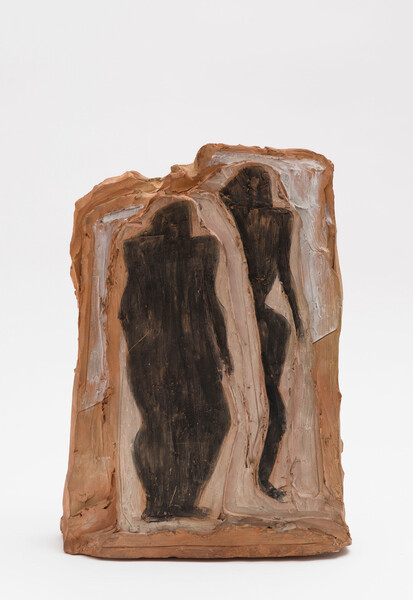 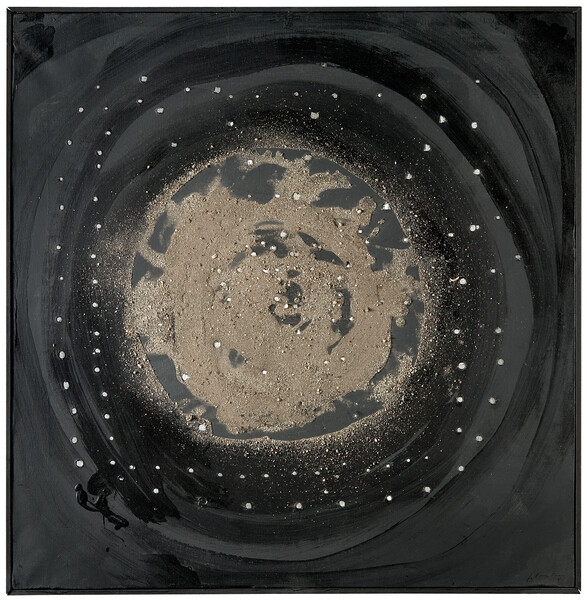 Sculptor, painter, and theorist Lucio Fontana (1899 – 1968) was born into an Italian family in Rosario de Santa Fe, Argentina in 1899. Fontana began his artistic career as a sculptor, working in his father’s studio before opening his own. Fontana studied at the Accademia di belle arti di Brera, splitting his time between Argentina and Milan. Early on in his career, Fontana focused on decorative sculpture, oftentimes taking sculptural public commissions. At the same time, Fontana experimented with more avant-garde and modernist inspired work.

In the 30’s Fontana mainly experimented with ‘abstract’ sculptures, which he showed in a landmark solo exhibition in 1935 at the Galleria del Milione in Milan, becoming – also through his participation with the artists’ groups Abstraction-Creation and Corrente – one of the key figures of the non-figurative avant-garde in Italy and in Europe.

During the 40’s, back in Argentina, Fontana founded the Academia Altamira, the contact with young artists and intellectuals stimulated him to formulate new ideas, giving rise in November 1946 to the Manifiesto Blanco, drawn up by his students. This seminal text underlines the necessity to reconsider art in conjunction with the scientific discoveries of the modern world. 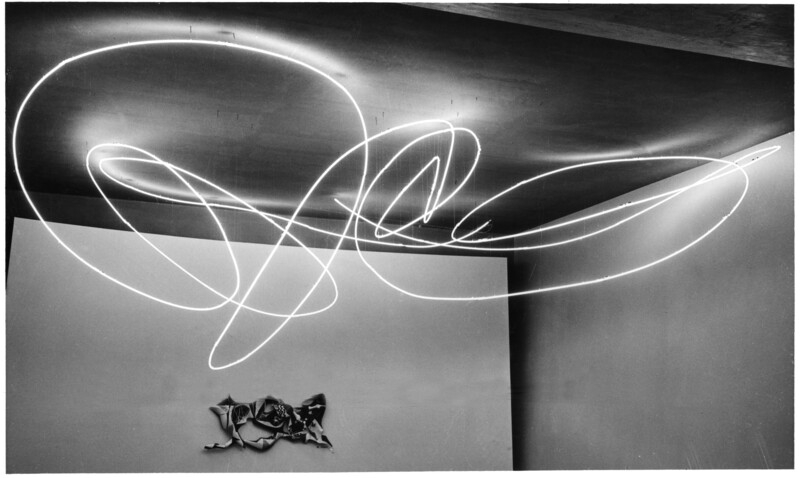 In 1947 following the war, Fontana returned to Italy permanently. There, he reached a turning point in his artistic career. Fontana formed Spatialism, a movement that focuses on the physical and spatial qualities of sculpture and painting with an interest in the ways light, space, and movement can directly create art. A primary and emblematic example of this research is the ‘Ambiente spaziale a luce nera’, realized in 1949 at the Galleria del Naviglio in Milan. This is the first ‘environment’ realized by the artist, which gave birth to a group of seminal Ambienti spaziali that have since been present throughout his career and today reveal themselves as one of the most significant aspects of the artist’s practice. From 1949, Fontana also punctured the canvas with ‘buchi’ (holes), titled them Concetti spaziali and 10 years later cut slashes into his monochrome painted canvas, which led the artist to create the Concetti spaziali, Attesa or Attese. These distinctive holes and gashes give his work a powerful and lively energy.

Fontana’s practice became both a meditation and a performance, tracing a very distinctive path throughout the rest of his career. In the 1950s, he participated in Italian Art Informel exhibitions, exploring other ways he could affect both painting and sculpture. In the 1960s, Fontana was invited in New York to show at the Martha Jackson Gallery. He also began to work on set designs and costumes for operas at La Scala in Milan. Fontana was recognized for his work at the Venice Biennale in 1966, where he won the Grand Prize for painting. At 69 years old, Lucio Fontana died on 7 September 1968 in Comabbio, Italy. Fontana’s rupture of the surface of painting had a widespread impact on the following generation of artists who began to explore in-depth the dynamics of space, and how painting could incorporate the real, physical elements of life.

Fontana was most recently the subject of a major retrospective at the Met Breuer, New York, on view at Guggenheim Bilbao, Spain, ‘Lucio Fontana. On the Threshold’, 17 May – 29 September 2019.

In November 2022, Hauser & Wirth will stage the second part of a trilogy of exhibitions curated by Luca Massimo...

Tracing his contribution to the evolution of conceptual art through nine of his ‘Ambienti spaziali’, Curator Luca...

For the first in a trilogy of exhibitions, Fontana's revolutionary ‘Ambienti spaziali’ come to Los Angeles.