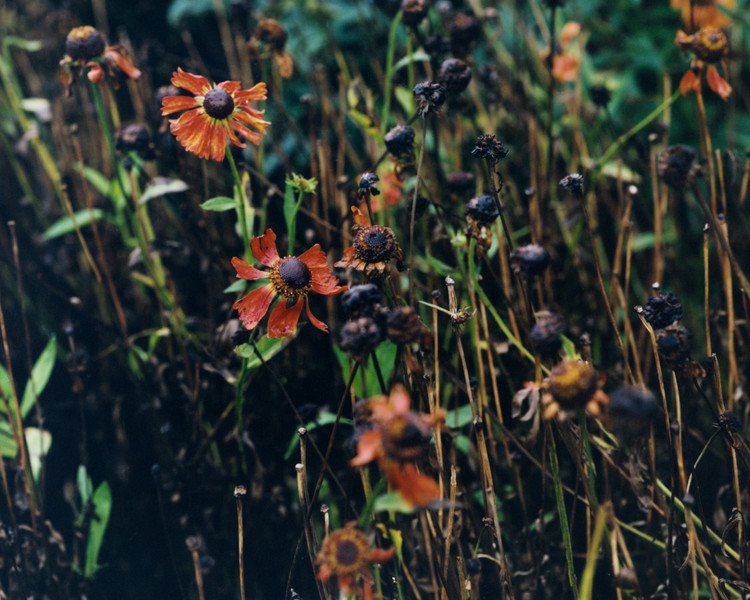 The Oudolf Field is seen first through glass, framed by an enormous window at the back of the gallery. A small ornamental pond features in the foreground, just behind the first of 17 round herbaceous beds divided by grass and gravel paths. Near the centre of the garden sit 10 little grass mounds, circular and neatly edged. At this distance the planting appears as swathes of colour rather than a collection of discernible species. The colours run into each other, repeated here and there throughout the rectangular space. Although the rain persists under a gloomy sky, amazingly the plants display as luminous and vivid as on a much brighter day. Pink flowers of aster and persicaria are still full of vitality, as is the astonishingly lucid crimson of Echinacea ‘Fatal Attraction’. Grasses range dramatically in green, red, yellow and brown, from stout clumps of Sesleria autumnalis to the light and airy Molinia ‘Transparent’. And then there are the dead things – Piet’s signature seed heads, black and hardened. Phlomis and Echinacia stems float among the grasses while whole blocks of Eupatorium and Echinops exhibit newly darkened tones; the red and blue of their respective flowers having recently drained away. Their colour and form are integral to the autumn canvas of Piet’s design, intended to remain standing well towards the arrival of spring.

Balancing a planting scheme with decay like this in mind is not a simple task, after all there’s a fine line between beauty and a mess (cue the argument of ‘decorative appeal’). However if done well, the effect allows a garden to continually morph, altering its appearance as colour shifts in succession from one place to another. ‘The space always looks different’, Alice [Workman, Senior Director of Hauser & Wirth Somerset] remarks. ‘There’s something really energising about the cycle of this garden; that feeling of time. Each change marks another moment in the year.’ 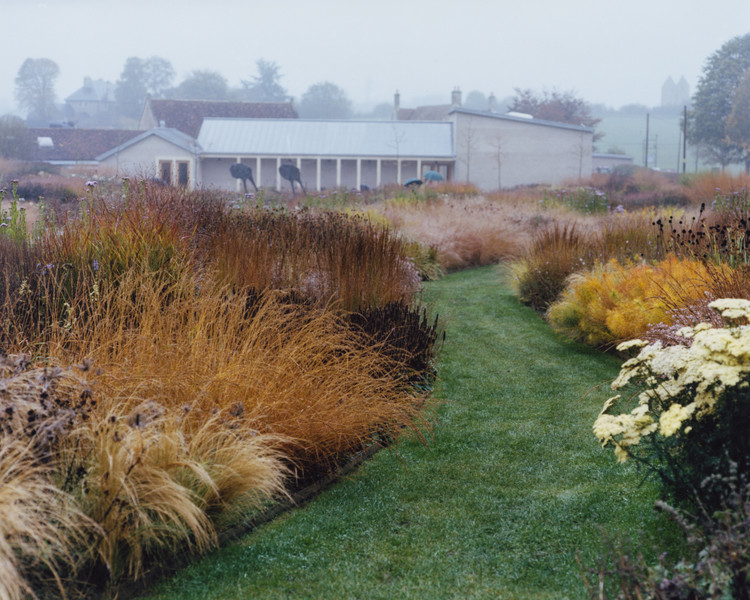 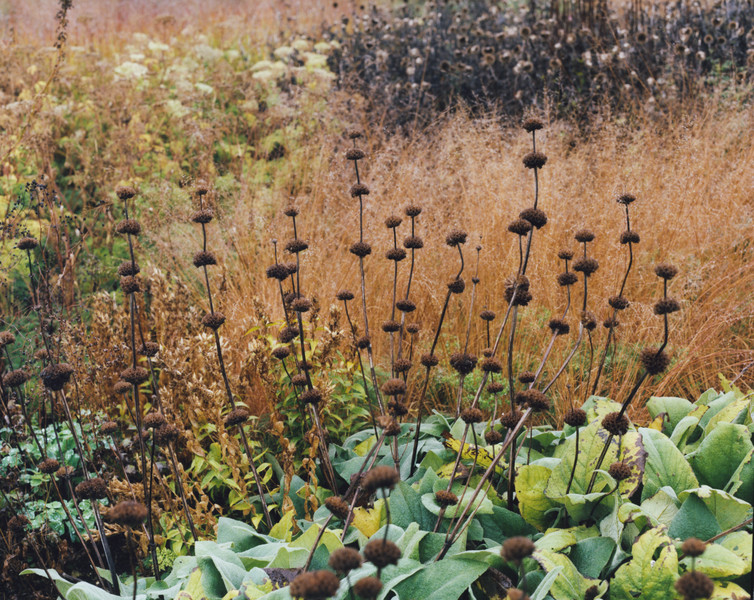 Piet Oudolf, the internationally-renowned landscape designer from the Netherlands, has designed the entire landscaping scheme at Hauser & Wirth Somerset, including the Oudolf Field – a 1.5 acre perennial meadow situated behind the galleries that contains over 26,000 herbaceous perennials.

A leading figure in the New Perennial movement; his projects are characterized by a strong pictorial relationship to a garden’s composition and layout. Inspired by art, nature and time, Oudolf’s gardens are achieved through areas of naturalistic planting, using swathes of perennials and grasses combined with structured pathways, shrubs and trees.

Oudolf was born in 1944 in Haarlem, Netherlands. Since 1982, he has lived and worked in Hummelo, a tiny village in east Netherlands where, following a desire to experiment with plants, he started a nursery with his wife Anja to grow perennials. His garden has since become renowned for its radical approach and ideas about planting design. Oudolf has received many high profile commissions around the world, including for The High Line, New York, in a collaboration with landscape architect James Corner, and ‘Hortus Conclusus’ with Peter Zumthor at Serpentine Gallery, London. 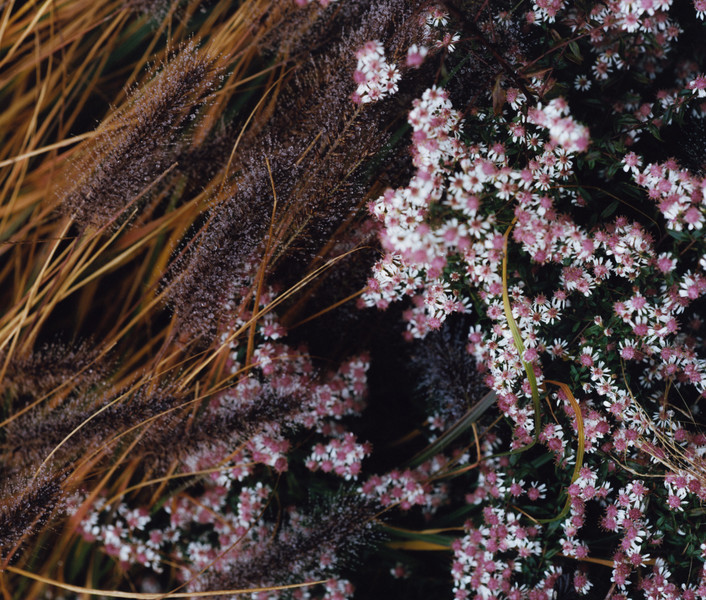 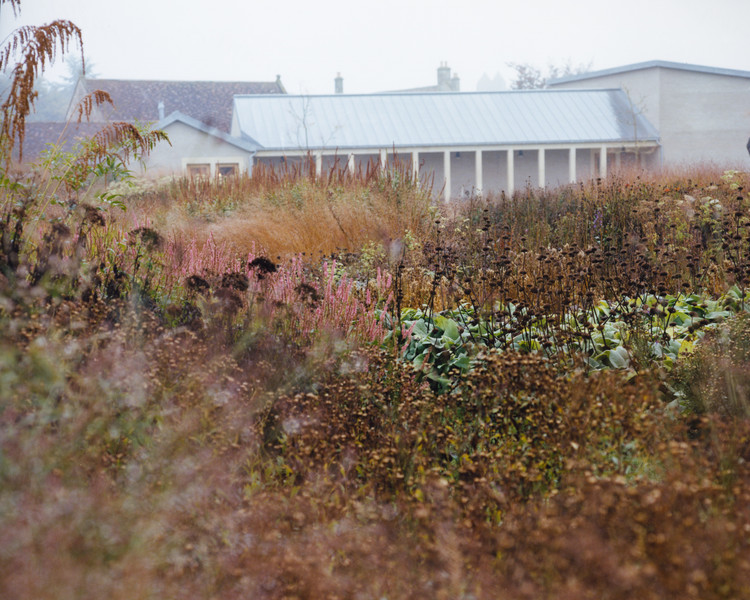