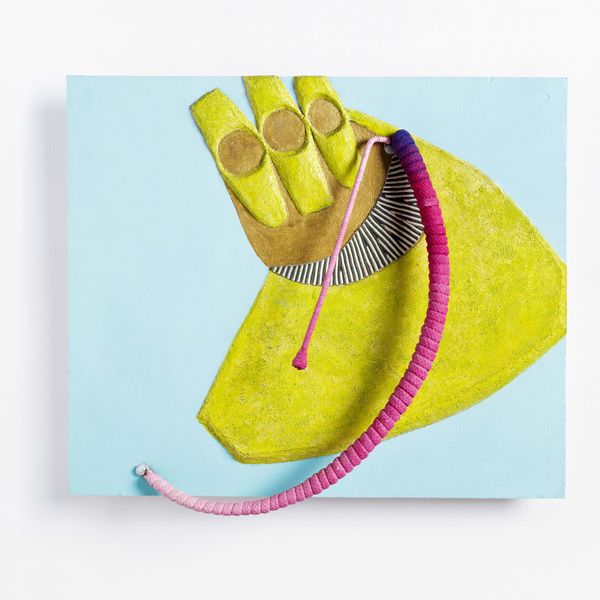 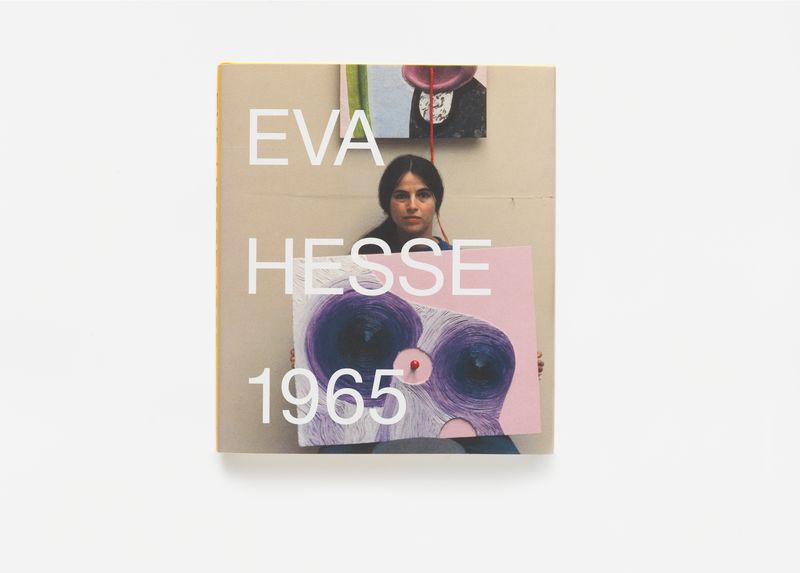 During a fifteen month residency in a disused textile factory in Germany, Hesse channeled her ambitious anxiety into a thrilling collapse of interior and exterior form. She first expressed this idea in the elastic biomechanical line of her drawings, and then expanded it into her relief sculptures, which gave her the ability to trace continuous space and experiment with material thresholds – an innovation she would run with upon returning to New York.

The book’s essays describe an artist actively figuring things out: through the time and materials at hand in her makeshift studio; through Marcel Duchamp, Arshile Gorky, Robert Morris, Francis Picabia, and Jean Tinguely (some of the artists whose work she saw on exhibition visits); through her reading – especially Simone de Beauvoir’s ‘The Second Sex’ – and Hesse’s datebook entries pondering the ‘woman as object’ (a key theme in subsequent work); and through her extraordinary correspondence with Sol LeWitt, who encouraged her to direct her uncertainty into doing more: ‘more nonsensical more crazy more machines […] make them abound with nonsense.’ Most crucially – in the catalogue’s nearly one hundred illustrations – we see Hesse’s process of discovery: gouache drawings and collages whose detonating diagrams progressively fall into neatly gridded forms; delicate ink line renderings that resemble Dr. Seussian plumbing, utensils that might transform into rockets, and machines that appear to be assembled out of anatomy and architecture; and, finally, what Hesse called her ‘contraptions,’ a series of fourteen vivid reliefs that extend the play of transparency, interiority, and absurd invention of her drawings into real space.

‘Top Spot,’ from July 1965, is the last relief Hesse made before returning to the United States. While its looping mechanisms recall her drawings of the same year, ‘Top Spot’ hints at the signature sculptures she would soon make, including ‘Hang Up,’ 1966; ‘Addendum,’ 1967; and the untitled rope pieces. On particleboard painted a jarring hospital green, found objects such as a metal conduit, porcelain socket, and plastic pipe are bolted down, while other parts remain unfixed and flexible. Like the serpent in the iconic Laocoön (a sculpture she had seen on a Christmas trip to Berlin), a cord runs through most of the objects, threading in and out of the board, and stitching the disparate pieces together. The cord appears to pierce through the picture plane and run down to the floor, where it lightly rests – a nimble embodiment of Hesse’s breakthrough.

Eva Hesse’s Wanton Duality: Liquidity and Compression in the Mechanical Drawings of 1965

The conjoining of opposed formal, material, and aesthetic qualities has long been regarded as one of the most...

An Interview with Eva Hesse

Eva Hesse and Sol LeWitt enjoyed a correspondence that lasted years. Their letters were emotional, personal and...

In the summer of 1969 Eva Hesse came to Woodstock, New York, with a small suitcase and a substantial box of drawing...