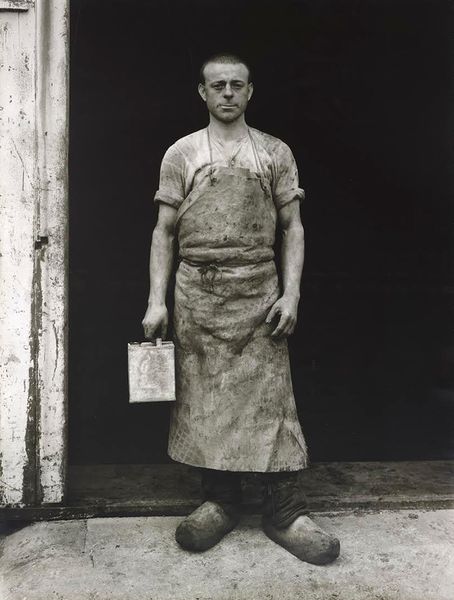 ‘I hate nothing more than sugary photographs with tricks, poses and effects. So allow me to be honest and tell the truth about our age and its people'.
— August Sander

Beginning 20 April 2017, Hauser & Wirth will present ‘August Sander’, the gallery’s first exhibition devoted to the late German photographer, a forefather of conceptual art and pioneering documentarian of human diversity. The exhibition features 40 rare large-scale Sander photographs, which have come directly from The August Sander Family Collection. Made between 1910 and 1931, the portraits on view paint a picture of Germany’s complex socioeconomic landscape in the years leading up to and through the Weimar Republic. These early examples of Sander’s oeuvre — in particular, the ‘Portfolio of Archetypes’, 12 images at the heart of Hauser & Wirth’s presentation — laid the framework for ‘People of the 20th Century’, the artist’s larger, lifelong effort to catalogue contemporary German society through his photographs and to reveal the truth of its ethnic and class diversity. Sander’s son Gunther (1907 — 1987) selected and printed these 40 photographs, along with 90 others, in a unique oversize format in 1972 for inclusion in the exhibition ‘Men without Masks: Faces of Germany 1910 — 1938’ at the Mannheimer Kunstverein in 1973. With stunning detail drawn forth by their scale, these ‘Men without Masks’ photographs capture a critical moment in Sander’s artistic evolution and in our collective history.

When Sander photographed his portraits for his later ‘Portfolio of Archetypes’ in 1910, he had already established himself as a successful photographer in a profession that had only recently become a viable line of work. Urged on by the prevailing pictorialist photographic aesthetic, photographers strove to make images that stylistically mimicked painting. Sander broke with this aesthetic approach after a successful experiment in the darkroom. Enlarging a photograph using smooth, glossy paper typically reserved for technical images, he created a portrait that was extraordinarily detailed — a far cry from his earlier, softer portraiture that clouded over imperfections. This matter-of-fact, technically exact approach, enhanced by his adoption of a straightforward perspective and use of natural light, became Sander’s modus operandi as he put his apparatus to work atomizing and cataloging society — to ‘tell the truth’ about his times and his fellow citizens.

Sander’s conceptual approach grew from the idea of the Stamm-Mappe, a portfolio dedicated to his home region. In his early images, the artist photographed the peasants of his native village Westerwald — people with whom he had a rapport and proceeded to sort them ‘according to their essential archetype, with all the characteristics of mankind in general’. From these photographs Sander produced the iconic 12-photo ‘Portfolio of Archetypes’, a grouping that would set the tone for his larger project in both organization and concept. On view in ‘August Sander’, the ‘Portfolio of Archetypes’ features stoic farming men and women in single, double, and group portraits. The sitters told their own stories through their expressions, gestures, poses, clothing and accessories. Sander presented each of his subjects as wholly individual — rendering their riveting idiosyncrasies, their unrepeatable details — and representative of a broader ‘type’ of person; the photographs’ titles include ‘The Man of the Soil’, ‘The Sage’, ‘The Philosopher’ and ‘The Farming Couple’. Sander’s project was undeniably influenced by a growing interest in physiognomy at the time, a trend that is particularly disturbing in retrospect. Yet, the artist considered empathy toward his sitters to be critical to his work, and strove not to foist a portrayal upon an unwilling subject, but to enable self-portraits.

Expanding this conceptual framework, Sander went on to document individuals across the many strata of German society in strikingly frank images. He assigned each photograph to one of 45 numbered portfolios with titles like ‘The Small-Town Dweller’ and ‘The Clergyman’, envisioning that each portfolio would include 12 photographs, in the style of the ‘Portfolio of Archetypes’. The 45 portfolios fell under the umbrella of seven more general ‘archetypes’: ‘The Farmer’, ‘The Skilled Tradesman’, ‘The Woman’, ‘Classes and Professions’, ‘The Artists’, ‘The City’, and ‘The Last People’, or those on the margins of society. The individuals captured by Sander’s lens ran the gamut from farmers to industrialists, gypsies to secretaries, and aristocrats to beggars. In a sense, each of the artist’s classifications — and each of his sitters — reflected a possible future for Germany during a period of rapid social and economic change, a time that Golo Mann described in his introduction to the ‘Men Without Masks’ publication as ‘the twilight era between war and war, full of substance and tension, now scattered by the winds.’

‘Balzac of the Lens’

In 1927, alongside the Cologne Artist Group, Sander showed approximately one hundred of his photographs at the Kölnischer Kunstverein in an exhibition titled ‘People of the 20th Century: A Cultural Work in Photographic Pictures’. The show was positively received by the press, with one reviewer deeming Sander a ‘Balzac of the lens’. This exhibition was shortly followed by the publication of Sander’s first book, ‘Face of Our Time’. Published by the Kurt Wolff/Transmare Verlag in Munich in 1929, the book included an introduction by Alfred Döblin and featured 60 photographs including some photographs of the ‘Portfolio of Archetypes’. By this time Sander was considered an authority on photography in Germany, and in 1931 he hosted a series of radio lectures titled ‘The Essence and Development of Photography’. In 1936 the Nazi government, which had recently come to power, destroyed the printing blocks for ‘Face of Our Time’ and impounded unsold copies of the book, likely due to the publication’s representation of a heterogeneous German society. Between 1933 and 1935 Sander published volumes exploring regions of Germany.

Decades after the images were taken, Sander’s son Gunther selected and sequenced 231 of his father’s photographs, including four landscape photographs, for publication in ‘Men Without Masks: Faces of Germany 1910 — 1938’. The 40 images in ‘August Sander’ are drawn from this carefully chosen group. Featuring a foreword by Golo Mann, that was already printed in November 1959 in the magazin ‘du’ with the main article ‘August Sander photographiert: Deutsche Menschen’, ‘Men Without Masks’ was conceptualized by Gunther in an effort to reopen his father’s work to the public, and was realized by Swiss publisher C.J. Bucher-Verlag in 1971. The books featured fold-out pages with miniature reproductions of the images that would follow in each portfolio, highlighting the encyclopedic scope of the project. Gunther created prints of these images in a distinctive large-scale format in 1972, just eight years after his father’s death, for inclusion in the corresponding exhibition by the same name held at Mannheimer Kunstverein in 1973. In 1997, five portraits from ‘Men Without Masks’ were featured in the exhibition ‘August Sander: ‘In photography there are no unexplained shadows!’’, curated by Gerd Sander, at the National Portrait Gallery in London, to a positive reception.

Perhaps there is something to be learned from the titles of the two major publications of Sander’s work that preceded the seven-volume ‘People of the Twentieth Century’: ‘Face of Our Time’ and ‘Men Without Masks’. Sander wanted to depict, with eloquence and empathy, the faces of his world. At the same time, he embarked on a massive conceptual project — presaging the Conceptual Art movement that emerged in the 1960s and 1970s — predicated upon the existence of typologies around profession and social class that can, and do, reduce faces to masks. As Susan Sontag wrote in her timeless 1977 essay collection ‘On Photography’, ‘It was not so much that Sander chose individuals for their representative characters, ‘as that he assumed, correctly, that the camera cannot help but reveal faces as social masks.’

August Sander was born in Herdorf, a mining town east of Cologne, in 1876. While working at a local slagheap as a youth he serendipitously encountered a visiting landscape photographer and was fascinated by the ‘magic box’ through which he saw the world. Sander purchased a camera with financial assistance from his uncle, went on to serve as an itinerant photographer’s assistant and eventually opened his own studio. In a lifelong project entitled ‘People of the 20th Century’, Sander strove to systematically document contemporary German society; this encyclopedic magnum opus constitutes one of the most monumental endeavors in photographic history. Sander’s considered oeuvre has served as a wellspring of inspiration for modern and contemporary photographers, from Walker Evans and Diane Arbus, to Tina Barney, Rineke Dijkstra, and Bernd and Hilla Becher, and has exerted a profound influence upon new generations of visual artists across mediums. 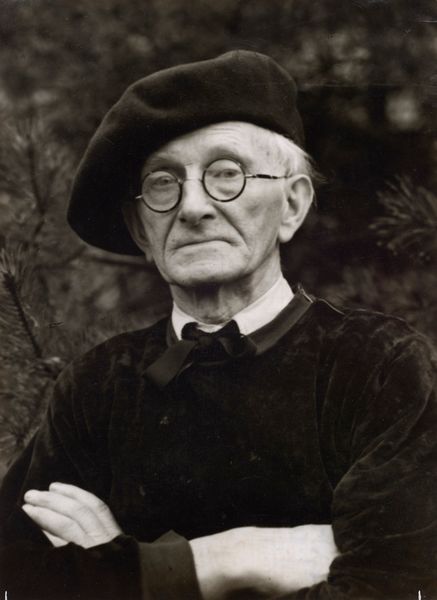