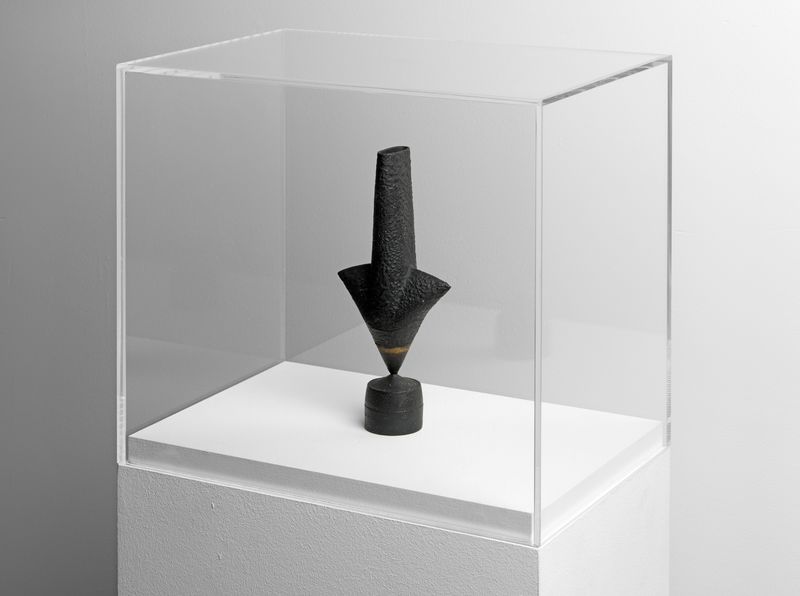 This Autumn, Hauser & Wirth Somerset is pleased to announce ‘Qwaypurlake’, a group exhibition curated by Simon Morrissey. The exhibition presents a fictional reimagining of the Somerset landscape, drawing inspiration from the history of the area to construct an alternative reality, where humans have been marginalised, or even expelled, and the landscape is dominated almost entirely by water. The title of the exhibition refers to the road leading out of Bruton in the direction of Frome called Quaperlake Street, providing both a physical landmark as well as a fictional bridge between the area’s past and an abstract, dystopian future.

‘Qwaypurlake’ brings together landscape photography, painting, sculpture, ceramics and film from a broad selection of modern and contemporary artists. These range from seminal twentieth-century figures such as ceramicist Hans Coper, sculptor Elisabeth Frink and painter Peter Lanyon, to acclaimed British artists Michael Dean, Richard Deacon and Heather & Ivan Morison, to distinctive new voices such as Sebastian Jefford, Marie Toseland and Kit Poulson: all of whom have strong links to the South West of England.

Taking inspiration from a number of speculative fiction writers including Stanislaw Lem and his novel ‘Solaris’ (1961), ‘Qwaypurlake’ transports the viewer into a foreboding and uncomfortable new landscape; a world in which water is sentient, or conscious, much like the ocean that covers the alien planet in Lem’s fiction. As you enter the exhibition, David Wojtowycz’s film depicts an eerie landscape both familiar and distant. A pier cuts into a body of water that moves in an unnatural way; on one side of the pier the water is calm and still, yet on the other, it swells and convulses whilst seemingly emitting an earthly sound that hints at language.

Many of the sculptural works within the exhibition draw upon the archaeology and material cultures of past civilisations, utilising both ancient and contemporary mediums. The works present objects that may be viewed as totemic or ceremonial: the large standing forms of Michael Dean, the mutated hybrid creatures of Elisabeth Frink, Hans Coper’s cycladic ceramic forms and the constructions of Heather & Ivan Morison which fuse the functional with the ritual. Daphne Wright’s poignant sculptural installations, including ‘Stallion’ (2009), a full-size cast of a dead horse, are suggestive of a collapse of agriculture and a return to hunting, within the context of the exhibition’s curatorial theme. Together they formulate an alien occupation of an alternative Somerset, creating an unpredictable environment and evolving, open-ended narrative.

Richard Deacon’s geometric forms arrive from a conversation between artist and material that transforms the mundane into something metaphorical. The British sculptor’s works appear fundamentally abstract as well as intrinsically linked to human experience and our surroundings. Cast in polyester, the smallscale sculptures continue to place an emphasis on construction and manipulation of materials, whilst Deacon’s indicative titles elude to a wider social and environmental context.

Painting is minimally represented throughout the exhibition but when featured it obscures and twists the landscape into a troubled abstraction, as with the works of Peter Lanyon and Kit Poulson. Abstract painting is further extended in the monumental works of Ian McKeever, with large, gestural compositions almost consumed by the physical qualities of the blackness that pervades his canvases, consisting of delicate layers of paint that suggest the endless passage of time. Photographic works are dispersed throughout the exhibition, including Ben Rivers’ masked revolutionary figures, Jem Southam and Aaron Schuman’s desolate landscapes and James Ravilious’ powerful black and white images.

As visitors travel through the exhibition, water and electronic sound will permeate the galleries, creating an impression of the landscape and attempting to communicate with us – to tell us to retreat, to flee, to fear a folding of time where past will become the future. This is a future in which water will transform the peaceful English countryside into a rural hinterland, a foreboding interzone. A future where we will meet the Qwaypurlake.

Simon Morrissey is a curator and the director of Foreground, a commissioning arts organisation he founded with Tabitha Clayson in 2007. Based in Frome, Foreground produces both temporary and permanent artist commissions in the South West of England, exploring the relationship between art and its diverse settings and audiences.

In 2008 he established WORKS|PROJECTS, which represents a distinctive stable of British artists and initiates projects that develop critical and commercial platforms for emerging artists in the region. Simon has worked as an independent curator since 1999. His curated projects have been commissioned by leading public institutions and commercial galleries including The British Council; Arnolfini, Bristol; The Bowes Museum, County Durham; Forma, Newcastle/London; Chapter, Cardiff; and Spike Island, Bristol.

Simon is also a Senior Lecturer in Fine Art at the University of the West of England. 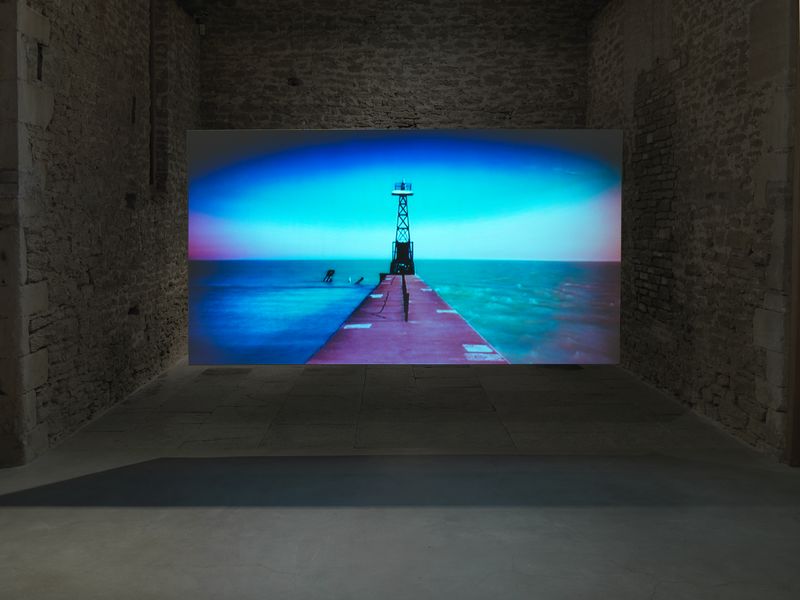