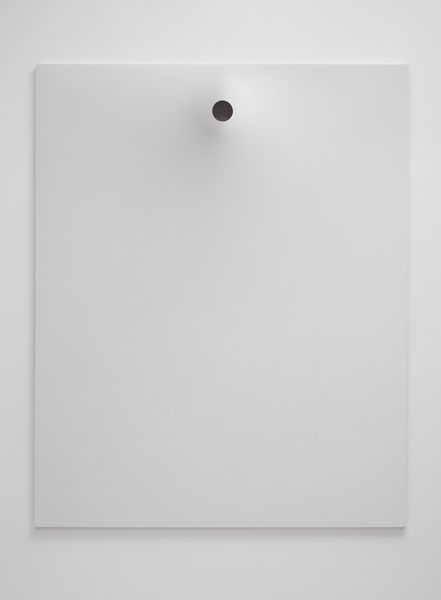 After World War II, a devastated Japan processed the impact of the atomic bomb and faced a cultural void. It was in this atmosphere of existential alienation that the Gutai Art Association (Gutai Bijutsu Kyokai) – a group of about twenty young artists, rallying around the charismatic painter Jiro Yoshihara – emerged in the mid-1950s to challenge convention. Although keenly aware of Japan’s artistic traditions, the Gutai artists attempted to distance themselves from the sense of defeat and impotence that pervaded their country, and to overcome the past completely with ‘art that has never existed before’. They burst out of the expected confines of painting with daring works that demonstrated a freewheeling relationship between art, body, space and time. Dismissed by Japanese critics as spectacle makers, the Gutai artists nevertheless produced a profound legacy of aesthetic experimentation, influencing Western critics and anticipating Abstract Expressionism, Arte Povera, Fluxus, and Conceptual Art.

Beginning 12 September 2012, Hauser & Wirth New York will present ‘A Visual Essay on Gutai at 32 East 69th Street’, a landmark historical exhibition that explores this legacy through masterworks by twelve Gutai members: Norio Imai, Akira Kanayama, Takesada Matsutani, Sadamasa Motonaga, Shuji Mukai, Saburo Murakami, Shozo Shimamoto, Kazuo Shiraga, Yasuo Sumi, Atsuko Tanaka, Tsuruko Yamazaki, and Jiro Yoshihara. ‘A Visual Essay on Gutai’ traces efforts by these artists to resolve the inherent contradictions between traditions of painting – the making of images on a flat, framed plane – and the core tenets of a movement that called for experimentation, individuality, unexpected materials, and, perhaps above all, physical action and psychological freedom. On view at Hauser & Wirth New York will be more than 30 works spanning twenty years, all of them exciting responses to the constraints of painting and the limits of time itself.

Curated by Midori Nishizawa and organized with Olivier Renaud-Clément, ‘A Visual Essay on Gutai’ also marks the half-century anniversary of Gutai’s first U.S. exhibition, which was organized by the French critic Michel Tapié, noted champion of Art Informel. His ‘6th Gutai Art Exhibition’ was presented in New York City in September 1958 at the Martha Jackson Gallery at 32 East 69th Street – in the townhouse now occupied by Hauser & Wirth New York.

‘A Visual Essay on Gutai’ will remain on view at the gallery through 27 October and will be accompanied by a new publication based, both in concept and design, upon the twelve Gutai journals that the group published and disseminated internationally in the decade between 1955 and 1965.

The Gutai Art Association was formed by Jiro Yoshihara in July 1954, in the Ashiya region of Japan. Exhorting younger artists with such slogans as, ‘Don’t imitate others!’ and ‘Engage in the newness!’. Yoshihara challenged Gutai’s members to discard traditional artistic practices and to seek not only fresh means of expression but the origins of artistic creation itself. The Gutai artists responded with performance, installation, flower arrangement, and music, often in public places. In seeking to define this constantly changing body of work, Yoshihara penned The Gutai Art Manifesto in 1956, proclaiming ‘the novel beauty to be found in works of art and architecture of the past which have changed their appearance due to the damage of time or destruction by disasters in the course of the centuries…that beauty which material assumes when it is freed from artificial make-up and reveals its original characteristics.’ Yoshihara concluded the Manifesto by stating, ‘Our work is the result of investigating the possibilities of calling the material to life. We shall hope that there is always a fresh spirit in our Gutai exhibitions and that the discovery of new life will call forth a tremendous scream in the material itself’.

In working toward the goals outlined by Yoshihara, the Gutai group realized that the elements needed to make unprecedented art were in fact to be found in unexpectedly familiar places. Kazuo Shiraga wallowed in mud; Saburo Murakami leapt through expanses of paper; and Atsuko Tanaka employed bells and lightbulbs in theatrical performances. In tandem with such efforts, however, Gutai artists continued to struggle with the expected materials and physical parameters of classic painting techniques, and to explore abstraction as a means to escape its intellectual and creative confines. In ‘A Visual Essay on Gutai’, visitors to Hauser & Wirth will encounter works in which stretched canvas is married to acrylic, plastic, cloth, vinyl, resin, plaster, tin and even projected light – works that occupy a liminal realm between painting and sculpture. Works by Tsuruko Yamazaki, Norio Imai and Takesada Matsutani in particular ambush the pictorial plane with, respectively, cloudlike tin projections, white molded apertures, and glossy vinyl and resin blobs.

Kazuo Shiraga is perhaps the best known Gutai artist internationally. Among the works in ‘A Visual Essay on Gutai’ are two of his powerful ‘Performance Paintings’ – aggressive abstractions from the early 1960s in crimson and green. ‘I want to paint as though rushing around a battle field’, he wrote in 1955. He even used his feet to create these works in the heat of the moment.

The exhibition also includes two important paintings by Atsuko Tanaka, the most internationally recognized female figure within the Gutai group who is best known for creating the ‘Electric Dress’ (1955). This garment made of incandescent bulbs was painted in primary colors and worn by the artist during a Gutai performance. The physical dress with its tangled wires and brightly lit bulbs morphed into Tanaka’s two-dimensional paintings, which are seemingly whimsical works exploring the circles and circuits in which she was ‘sensing eternity’.

‘A Visual Essay on Gutai’ also includes two of Jiro Yoshihara’s famed ‘circle’ series of about 25 paintings, one of the most important bodies of work to emerge from the Gutai movement. ‘Work’ from 1967 is an important example from this series, which was influenced by the Zen artist-monk Nantembo Toju (1839 – 1926), an artist who worked in calligraphy and ink painting. In Zen tradition, the circle represents void and substance, emptiness and completion, and the union of painting, calligraphy, and meditation.

At a time when a majority of Japanese artists had adopted a Western approach to creating and criticizing art, Gutai’s ideas and works were repeatedly met with the question, ‘Is this art?’. What established Gutai as entirely unique was the fact that no one, often including the movement’s own members, could predict the group’s course and the manifestations its work would take. Gutai’s imperative to continually create something surprising took its artists in new directions, leading Yoshihara to ask himself, ‘whether or not the production process was stamped with the instant of creation as proof of the fierce desire to affirm a vivid sense of adventure and a free spirit’. 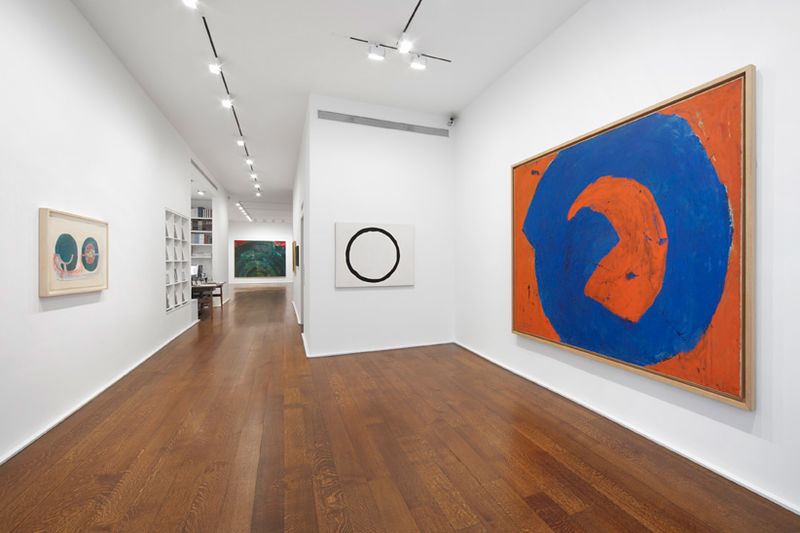 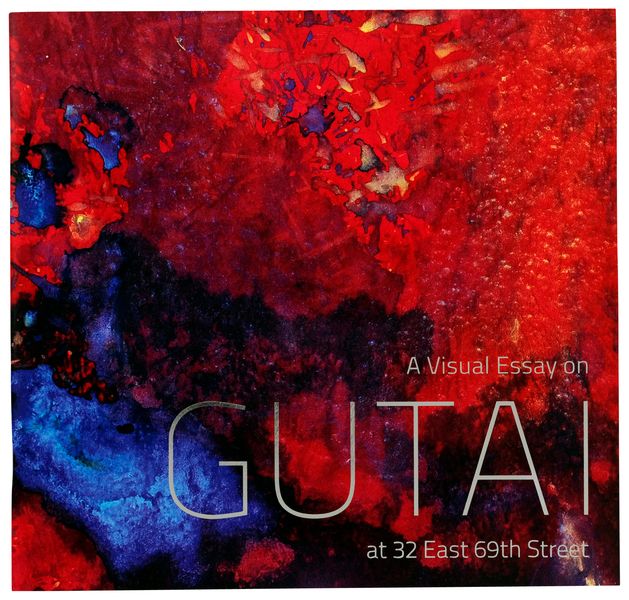