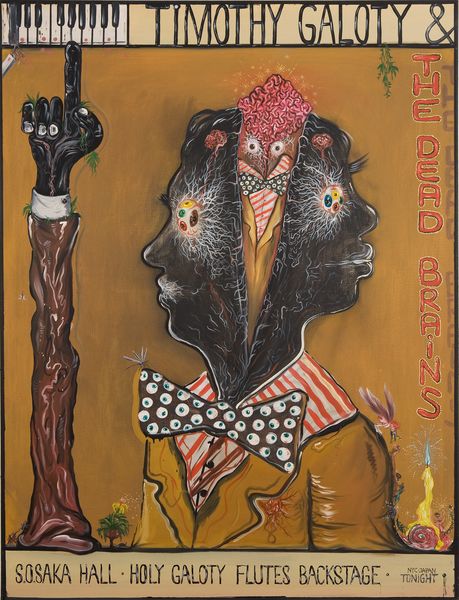 Jakub Julian Ziolkowski‘s phantasmagorical paintings roil with colorful mutant life: plants sprout eyeballs, bodies go about their business while sloughing off limbs and disgorging organs, and dense vegetal landscapes transform into visceral surgical tableaux. Vibrant and perverse, anthropomorphic and surreal, Ziolkowski’s private language is the symbolic expression of a highly concerted imagination that also was shaped by life in a very small town: Zamosc, where the artist was born in 1980, is a remote Renaissance city that began as a fortress in the middle of the lush Roztocze plateau in southeast Poland. Here wild nature penetrates the edges of an idealized urban microcosm that was once a center of intellectual life and seat of Eastern Europe’s Chasidic Jewish community, later stained by Nazi atrocities, and today is home to a concentration of food factories. Influenced by Zamosc’s dream-like intersection of preserved history and encroaching modernity, Ziolkowski has nurtured an inner world where poetry and ornament, religiosity and eschatology, flourishing life and decay intertwine. This is the universe of Ziolkowski’s art.

On June 30, Hauser & Wirth New York will unveil the first American solo exhibition of paintings and drawings by Jakub Julian Ziolkowski, bringing together more than 50 new works. The exhibition will be presented on two floors of the gallery and will remain on view through July 30.

The exhibition is titled ‘Timothy Galoty & The Dead Brains,’ named for a fictional rock band that appears in some of the artist’s images (the word galoty in Polish means ‘short pants’ of the sort worn by Eastern European circus clowns). Among the paintings on view at Hauser & Wirth are several that evoke promotional posters for such fantasy bands. Their members can be counted among the large and colorful population of characters inhabiting Ziolkowski’s work, standing in for the artist’s own moods and serving as composite portraits of both human types and states of mind. These include jaunty skeletons and autonomous eyeballs that return the viewer’s gaze; implement-wielding doctors in white coats; women with pendulous breasts and animal heads; monks with even more pendulous earlobes, regarding the universe; fat drinkers defecating gold coins; a host of political figures and everyday citizens going about strange business; and Ziolkowski himself, bespectacled and smoking a cigarette as he surveys the scene and waves to us.

‘Timothy Galoty & The Dead Brains’ includes surreal portraits, lavishly detailed fantasy landscapes, and works of eccentric figuration that combine the two. Ziolkowski has been profoundly influenced by his small town upbringing, the folk traditions and stories of Poland, and his nation’s more recent and dark history. But while these permeate the atmosphere of his oeuvre, Ziolkowski’s paintings do not dwell in the past. In this regard, Ziolkowski departs definitively from immediate predecessors among leading Polish artists, including Pawel Althammer, Wilhelm Sasnal and Monika Sosnowska, who have used their work to deconstruct and critique Polish identity. Ziolkowski’s work is less overtly about history – his own as well as that of his troubled homeland – than about escape from a bleak personal and cultural inheritance, and a simultaneous celebration of art and artmaking.

Ziolkowski’s work principally emerges from his fantasies, which are translated into imagery that appears as if in a psychedelic dream – by turns funny and frightening, confounding yet familiar. In the midst of this, Ziolkowski is careful to remind us that he is no naïf, but is tethered to reality and engaged in the centuries of artistic practice and innovation from which he descends. One painting matter-of-factly depicts a whirlpool of feces. Another shows a well-attended surgical procedure with many recognizable public figures. And in another work, the eyes of a Vietnamese man reflect a threatening policeman, presumably a reference to the artist’s travels in Asia in 2009. In all of these, viewers can find references to milestones in the history of art, with Ziolkowski cannily connecting the dots between Leonardo da Vinci, Hieronymus Bosch, James Ensor, Pablo Picasso and Philip Guston. 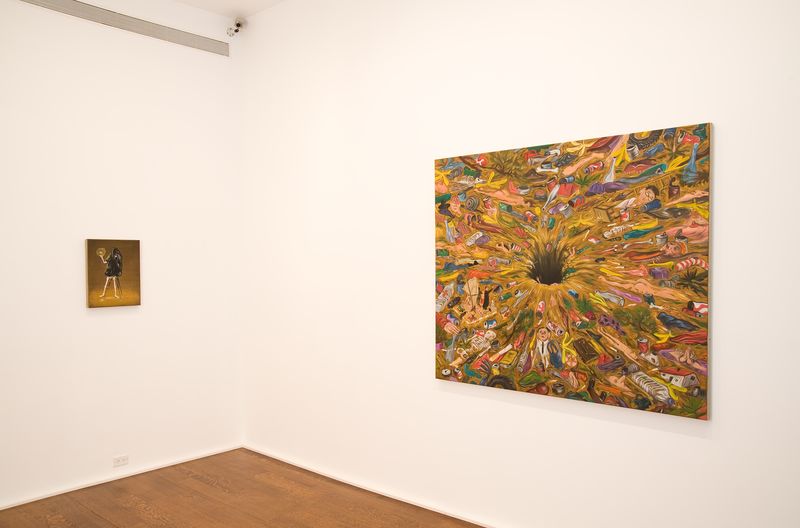 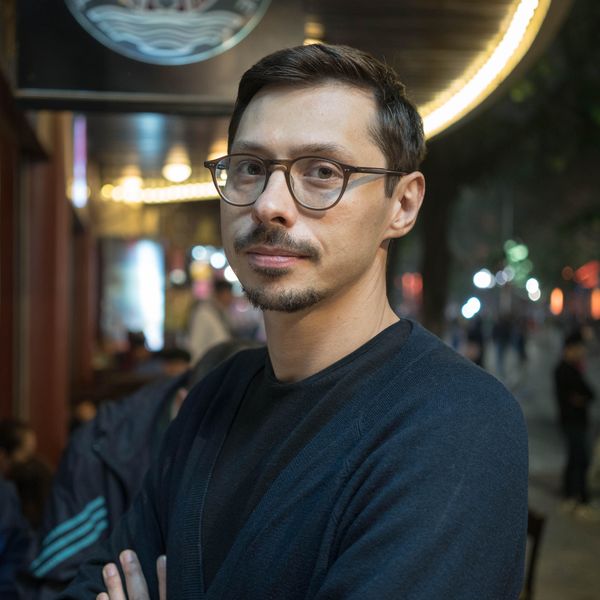