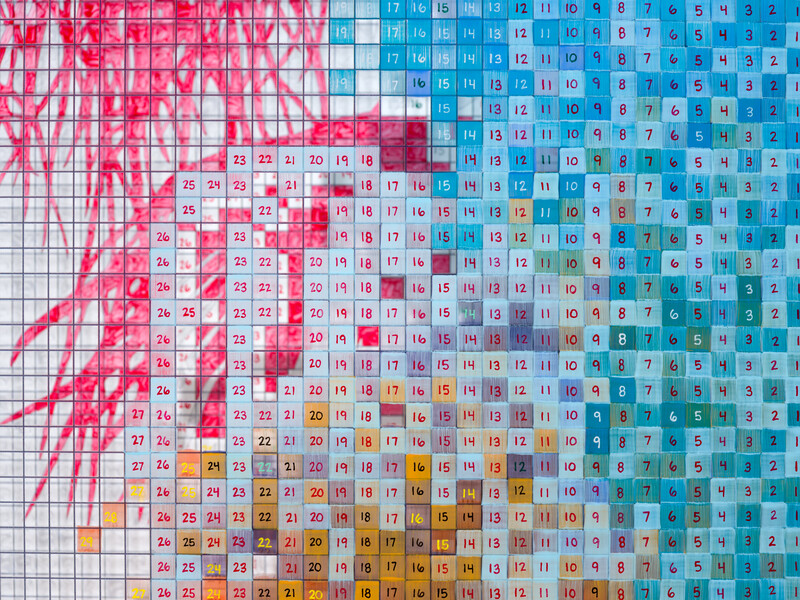 Beginning 17 August, Charles Gaines – pivotal figure in the field of conceptual art, esteemed CalArts educator, and influential member of the LA arts community – will present an online exhibition of 10 Plexiglas gridworks conceived and executed in recent months during this time of isolation.

‘Charles Gaines. Numbers and Trees: Palm Canyon, Palm Trees Series 3’ is a continuation of the artist’s critically admired 2019 exhibition ‘Charles Gaines. Palm Trees and Other Works’ at Hauser & Wirth Los Angeles. In this new series, ‘Numbers and Trees: Palm Canyon, Palm Trees Series 3’ (2020), Gaines evolves the complex conceptual system employed in his previous series to create smaller, gridded forms of palm trees in acrylic on and behind Plexiglas. With the form of the palm tree serving as a common denominator across these distinct series, Gaines makes successive modifications to scale, color, and background, evidencing
his theory that while ‘the system has never changed, the outcome is always different.’ Each work in this third palm tree series is titled with a state where this type of tree naturally grows.

Naima J. Keith, Vice President of Education and Public Programs at LACMA and curator of his 2014 survey exhibition, ‘Charles Gaines: Gridwork 1974 – 1989,’ has commented upon Gaines’s unwavering readiness to test the boundaries of his generative process: ‘Charles continuously challenges himself to maintain a systematic approach to producing works of art, and because of his willingness to push the algorithm ever so gently each time – whether that’s with scale, the background image, or color – artists, curators, and viewers know he is still committed to working in a certain way, but is open to taking on more risks as his practice grows and as he grows as an artist.’

Images of trees have figured prominently in Gaines’s practice since the mid-1970s, when he first began plotting their forms through a system of numbered grids in the series ‘Walnut Tree Orchard’ (1975 – 2014).
His methodical examination continues in the ‘Numbers and Trees’ Plexiglas series, which began in 1986
and has continually evolved to include the work in this online exhibition. Each work in ‘Numbers and Trees: Palm Canyon, Palm Trees Series 3’ (2020) was realized by overlaying the forms of trees one at a time and in succession. Following this process, each of the 10 trees was assigned a distinctive color and a numbered grid that reflects the positive space of the tree. The back panel features an enlarged detail, or as Gaines refers to it, an ‘exploded’ image of the newest tree. As seen in ‘Numbers and Trees: Palm Canyon, Palm Trees Series 3, Tree #2, Arizona’ (2020), the second tree in the series, this work features two distinct trees on the surface of the Plexiglas and an ‘exploded’ image of the second tree in a color that presages the third tree in the following work of the series. From a distance, these swaths of color form a cohesive effect on the grid. Upon approach, the work reveals the forms’ representational underpinnings and frameworks – a model that Gaines has consistently employed in his critique of systems and representation.

By constructing space between a specific symbol and the systems applied to its representation through measurable values of color, Gaines’s distinctive approach forges a critical link between first generation American conceptualists like Sol LeWitt, and subsequent generations of artists that include Gaines’s former students Edgar Arceneaux, Andrea Bowers, Mark Bradford, and Sam Durant, among others who are pushing the limits of conceptualism today. Speaking about his longstanding commitment to unveiling the paradoxes of human visual understanding, Gaines has said, ‘The old idea is that you can’t have feelings if you’re thinking. My idea is that you can’t have feelings unless you’re thinking. If an image can be produced or a work can be produced out of a system, then the idea of the creative imagination as being necessary for works of art would be false.’

In February 2021, San Francisco Museum of Modern Art (SFMOMA) will present ‘New Work: Charles Gaines,’ a solo exhibition featuring ‘Manifestos 4’ (2020), a multi-media installation comprised of four drawings, two videos, and a musical composition for a sextet, as well as ‘Skybox 2’ (2020), an immersive experience of text and the night sky. These new works have emerged from Gaines’s research into the Dred Scott Decision of 1857, which proclaimed Black people were not considered US citizens and thus rights that the Constitution granted did not apply to them. By subjecting these historical documents to his rules-based methodologies, Gaines disrupts our suppositions rooted in rational information and explores the realm of the sublime. ‘Skybox 1’ (2011) is in the permanent collection of the Los Angeles County Museum of Art (LACMA).

In 2019, Gaines was the recipient of the Edward MacDowell Medal, which has been awarded annually since 1960 to artists who have made an outstanding contribution to American culture, including Louise Bourgeois, Willem de Kooning, Robert Frost, Toni Morrison, and Georgia O’Keeffe. 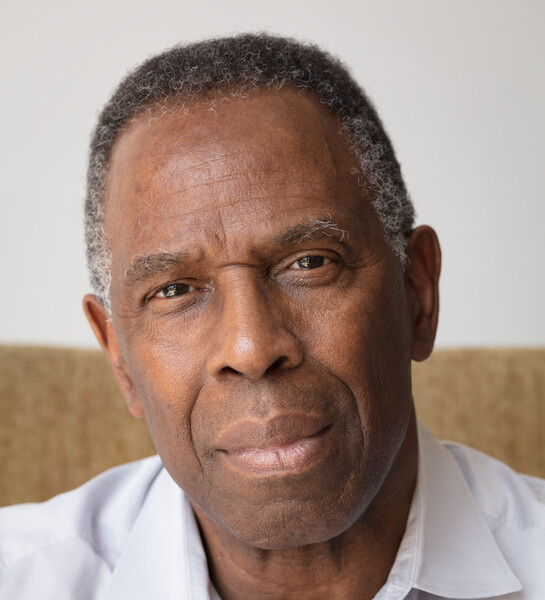