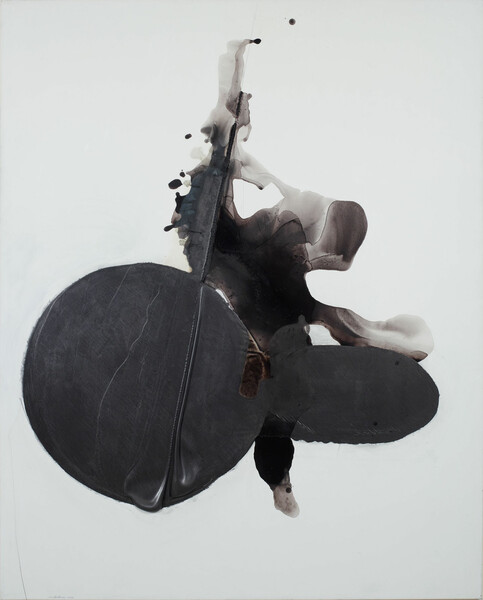 Hauser & Wirth Zürich is delighted to present a solo exhibition by the Ōsaka-born, Paris-based artist Takesada Matsutani, which follows the first major survey of the artist’s work at the Centre Pompidou in Paris. This exhibition, entitled ‘Yohaku’, considers Matsutani’s explorations of monochromes from the 1970s to the present day. The presentation is organised with Olivier Renaud-Clément and includes important works on paper, multi-media paintings and drawings exhibited for the first time.

The title of the exhibition makes reference to a concept borrowed from Chinese and Japanese painting. ‘Yohaku’ describes a space intentionally left blank, which by extension serves to balance a composition. From as early as the 10th-century in China, landscape painters would use black ink to capture the ‘spirit’ of the surrounding landscape, leaving other areas untouched to depict clouds, mist, sky and water. The prominent Zen painters in Japan would use blank space in their paintings to represent the weight of ‘nothingness’. This sense of working with the seen and unseen is at the centre of much of Takesada Matsutani’s oeuvre, especially in his experiments with ink. A particular influence of Matsutani’s was the 16th-century Japanese master Tōhaku Hasegawa, whose pine tree ink paintings are amongst some of the most renowned examples of ‘yohaku’, and gave the artist a clear idea of what he hoped to create in his own work.

From the early 1960s until the 1970s, Matsutani was a key member of the ‘second generation’ of the influential post war Japanese art collective, the Gutai Art Association. As part of the Gutai group, Matsutani experimented with vinyl glue, using fans and his own breath to manipulate the substance, creating bulbous and sensuous forms. Matsutani moved to Paris in 1966, and after the group disbanded in 1972, the artist eased into a radical yet consistent new body of work. He states: ‘By joining the group almost 10 years after it was started, I was convinced that artistically I had to go beyond Gutai, beyond what the group had already accomplished.’

Living in Paris in the 1970s with limited resources, Matsutani was compelled to reconsider the essential tools of art-making. The inexpensive materials of graphite and paper allowed the artist to discover the elementary and immediate technique of black and white drawing. Matsutani began creating vast expanses of black graphite on mural-sized sheets of paper, built up stroke upon stroke, known as his Stream series. The artist was exploring what surface could emerge out of an accumulation of this medium – a practice he has continued over the last 40 years. This ritualised manner of mark-making has a performative nature, thus presenting a time-based record of his gestures (often likened to the Japanese tradition of diary-making). These processes have been translated into an artistic language that is uniquely his own.

The first Streams were small format drawings, later evolving into impressive installations, of which the latest and most monumental were presented at the 2017 Venice Biennale, and at Matsutani’s first major retrospective in France at the Centre Pompidou, Paris. The work from the Pompidou is installed once more at Hauser & Wirth Zürich. Matsutani creates a rich, dark accretion of pencil strokes upon two rolls of 10 x 2.15 metres of canvas through patient, repetitive movements. His Stream works, according to the artist are ‘like a moving, flowing river. The idea of a river is that it is always changing, where each atom is in perpetual motion, with no beginning and no end’. Matsutani’s relationship to Zen Buddhism in his practice demonstrates a rekindling of Japanese culture and the meditative processes of his art-making reveal a profound affinity with this philosophy. His Stream series particularly explores the notion that existence is a moving current – a permanent state of flux. In other works from the series, the artist dilutes the graphite with turpentine, often to reveal the white paper or canvas underneath. Through the exposed white space, ‘yohaku’ infuses a vital breath in what the artist considers to be an avocation of life.

The artist’s Wave series from the late 1990s continues to experiment with the immediate application of layering graphite in order to delve into the material’s intrinsic qualities. Many works from the Waves series are covered entirely with graphite, however in some, such as ‘Wave 99-1’ (1999) and ‘Wave 99-8-26’ (1999), the unfilled surfaces intensify its presence, creating a precarious balance between black and white. In a number of Matsutani’s later drawings, precise black graphite lines and grids are divided by strokes of light, tearing through the dark areas like a thunderstorm.

Matsutani enhances his monochromatic visual language by using vinyl adhesive to cover the canvas, which is then masked with layers of graphite, uniting the artist’s signature media. Later important pieces in the exhibition include the artist’s Dance works from 2014. The use of vinyl glue harks back to his earliest experiments with the material as part of the Gutai group. In ‘Dance 14-2’, Matsutani’s bulbous forms covered in graphite are then diluted to create swirling, sensuous shapes, evoking the idea of a playful dance and musicality. Alluding to ‘yohaku no bi’ in Japanese aesthetics, this swirling veil of movement can be seen as an ambiguous space which helps to express the remaining empty areas, unleashing the viewer’s imagination. Like many of Matsutani’s compositions in the exhibition, these later works are poised in a fluid exchange between light and dark, revealing the beauty of the unworked, abundant white space. 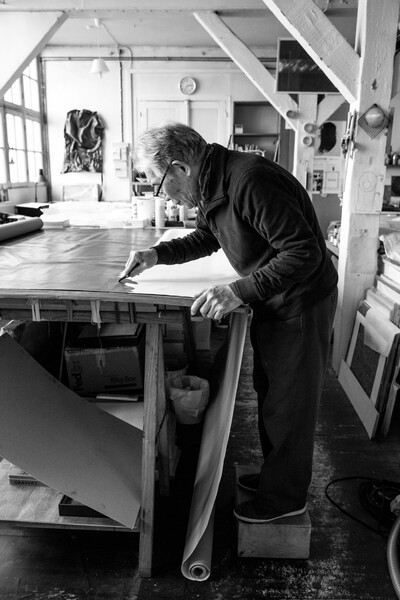 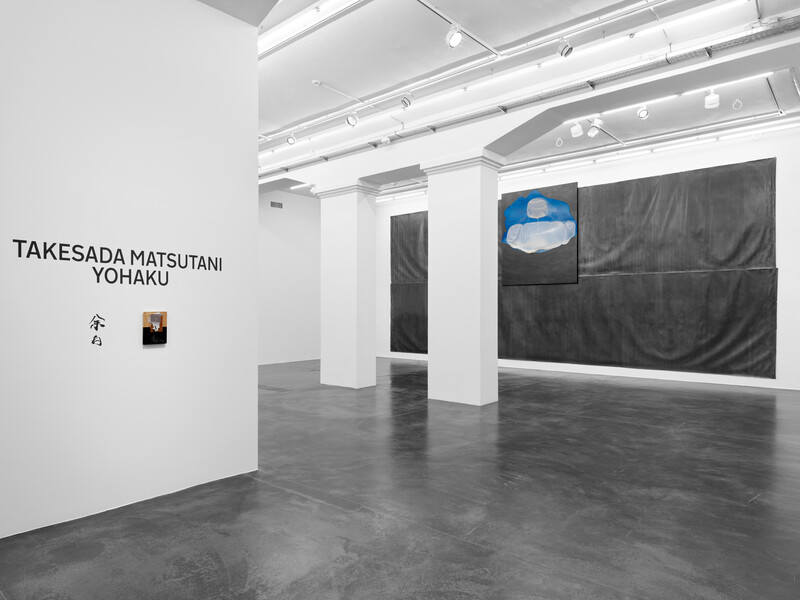 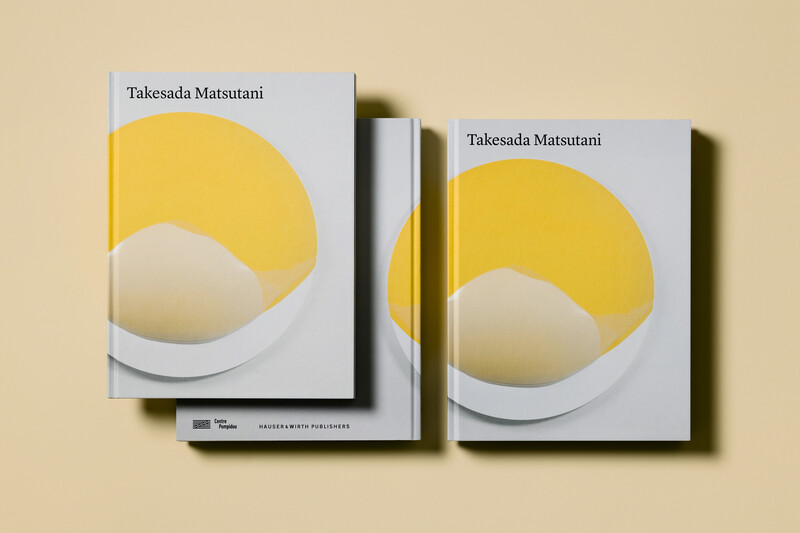 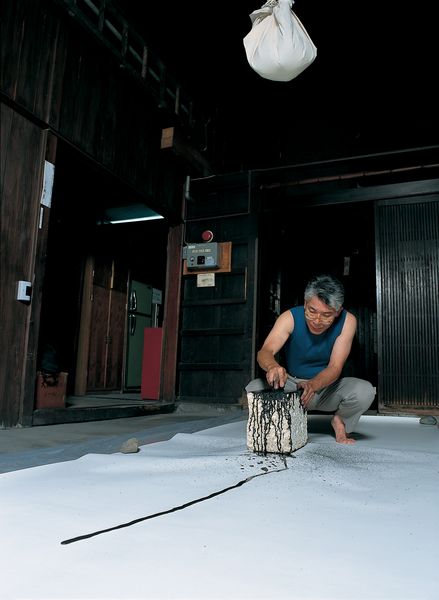 From the early 1960s until the 1970s Matsutani was a key member of the ‘second generation’ of the influential post war Japanese art collective, the Gutai Art Association. Over five decades Matsutani has developed a unique visual language of form and materials. As part of the Gutai group, Matsutani experimented with vinyl...