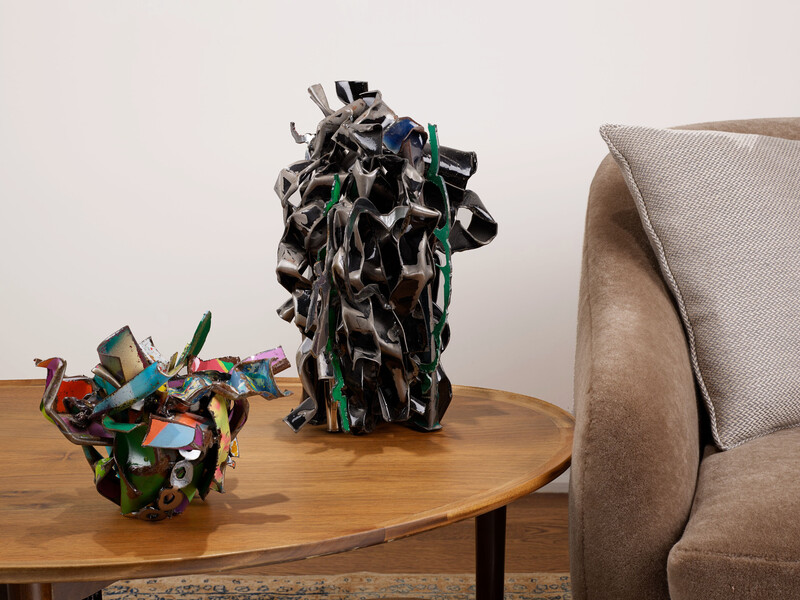 Beginning 5 September, Hauser & Wirth will host an exhibition of work by John Chamberlain, featuring a selection of small-scale sculptures from the artist’s Baby Tycoons series. Baby Tycoons is one of several series of miniature works that punctuates the grandeur and formalism of Chamberlain’s larger sculptural pursuits. Alongside earlier small-scale series, the Baby Tycoons articulate the instinctually playful spirit with which Chamberlain approached material and process at every scale. Masterfully manipulated from automobile scrap-metals, the Baby Tycoons possess all the complexity and power of their larger counterparts. As Chamberlain himself remarked, ‘If the scale is dealt with then the size has nothing to do with it.’

The Baby Tycoons have not been the subject of a dedicated exhibition in over fifteen years. In 1988, Chamberlain fashioned what would become the first of these works from the bountiful scrap material that collected in his studio. This initial effort led to a remarkable series of sculptures defined by their jewel-like scale, abounding color, and the fineness of the metal elements from which they are comprised. BEAUNEHEAD (1995), HER SUITE HAPPINESS (2004), and EROTIC ESKIMO (2006) communicate a distinct playfulness and elegance in their artistic equilibrium – a perfect ‘fit’ as the artist called it. Chamberlain continued to make these energetic miniatures throughout his lifetime. 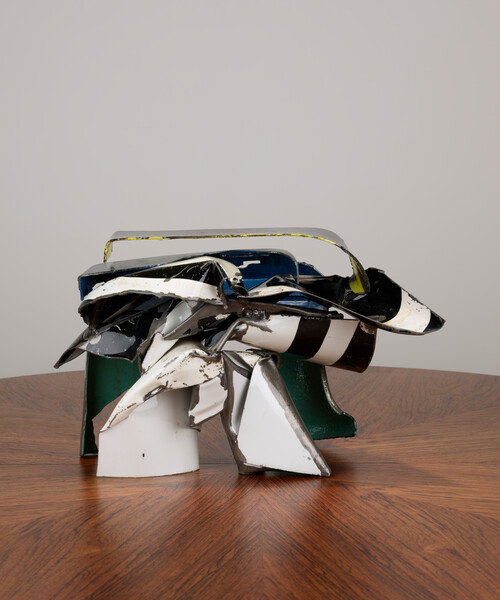 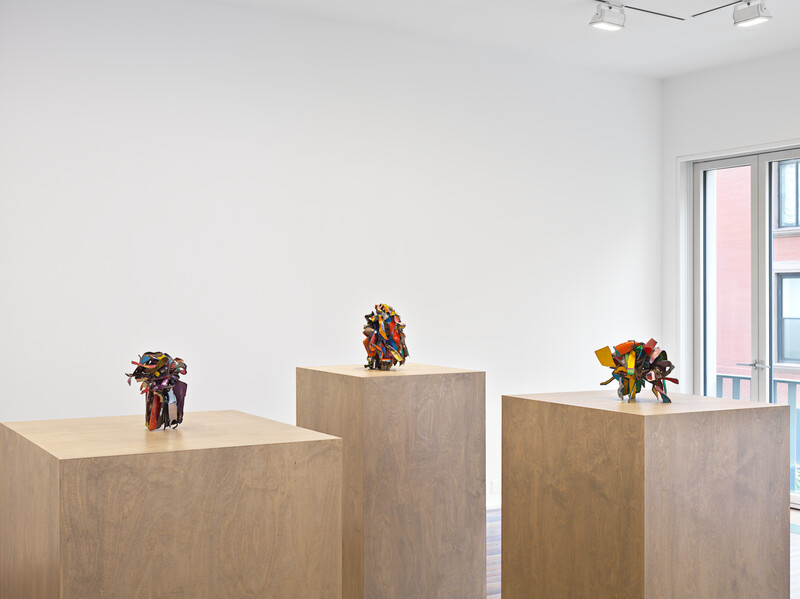 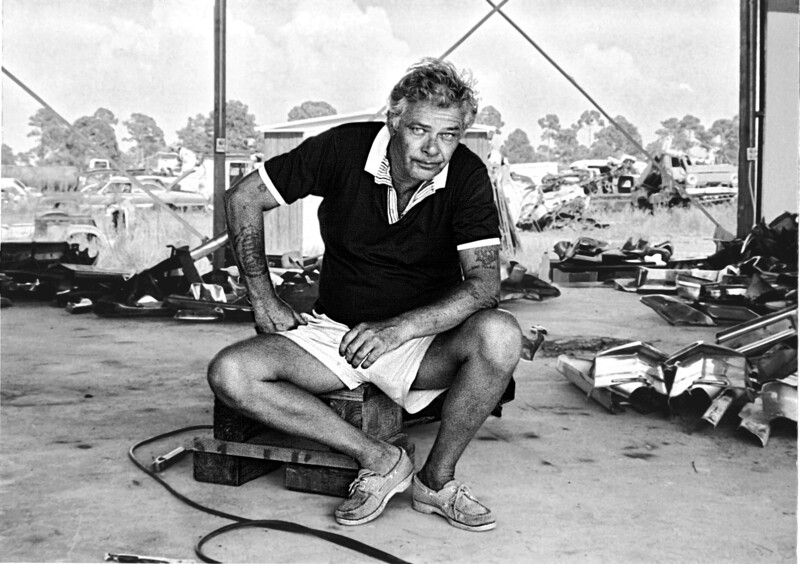 John Chamberlain (1927 – 2011) was a quintessentially American artist, channeling the innovative power of the postwar years into a relentlessly inventive practice spanning six decades. He first achieved renown for sculptures made in the late 1950s through 1960s from automobile parts – these were path-breaking works that...