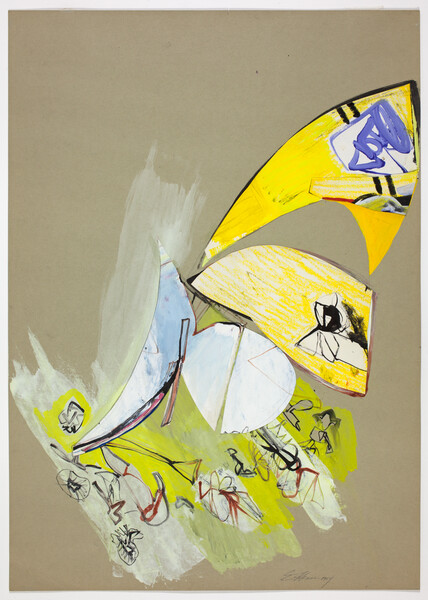 This exhibition is organized by the Estate of Eva Hesse and Hauser & Wirth in collaboration with the Allen Memorial Art Museum, Oberlin College.

The works on view range from early figurative sketches to experimental geometric compositions and studies for the sculptural works for which she is best known. Organized by Barry Rosen and Allen Memorial Art Museum Assistant Curator, Andrea Gyorody, the two-part exhibition will travel from Hauser & Wirth to mumok, Vienna in November 2019 and from Museum Wiesbaden to the Allen Memorial Art Museum in September 2020.

‘Forms Larger and Bolder’ encompasses approximately 70 works on paper selected from the Allen Memorial Art Museum’s collection. Thanks in large part to the generosity of the artist’s sister, Helen Hesse Charash, the Museum is the repository of the Eva Hesse Archives with over 1,500 items related to the artist, including more than 300 works. In many ways a natural home for these materials, the Allen Memorial Art Museum has played an important role in the trajectory of Hesse’s impact and influence for over fifty years. In 1970, it purchased ‘Laocoon’ (1966), marking the first museum acquisition of a sculpture by Hesse. The institution was also an early supporter of her works on paper. While on a two-day visit to Oberlin’s campus in January 1968, Hesse, along with Ellen Johnson, professor of modern and contemporary art, and Athena Tacha, the Allen Memorial Art Museum’s first curator of modern art, conceived an impromptu exhibition of the artist’s recent drawings. Following this small show, Johnson went on to stage the first major museum exhibition dedicated to Hesse’s expansive drawing practice – a show that traveled across the United States from 1982 to 1983 and laid crucial groundwork for future scholarship and exhibitions of Hesse’s works on paper.

‘Forms Larger and Bolder’ features a selection of Hesse’s earliest drawings, which chart the origins of her enduring engagement with the medium as a primary site for her experimentations with new ideas and processes. Early works on view range from geometric and biomorphic abstractions to figure drawings and still lifes that date from around her time as an art student at Pratt, Cooper Union, and Yale, where she studied under the direction of Josef Albers and Rico Lebrun. By the early 1960s, Hesse had begun to work with a variety of media including ink, gouache, and watercolor, producing small, poetic drawings in shades of brown, black, and white ink.

In 1962, a marked shift occurred as Hesse began to incorporate graphite, colored pencil, and collage into her drawings. In these works, the artist’s earlier soft organic forms are replaced by idiosyncratic geometries, bursts of color, and frenetic lines that fill asymmetrical and layered sheets of papers. A sense of playfulness and experimentation emerges as Hesse integrates quotidian shapes – stars, arrows, cubes, and spirals – into complex and frenzied compositions.

A series of untitled drawings dated to 1964 signal another significant moment of development in Hesse’s drawing practice. Invited by the industrialist and collector Friedrich Arnhard Scheidt, Hesse’s sculptor husband Tom Doyle took up a temporary residency in Germany, sharing a studio with Hesse in a disused part of Scheidt’s textile factory. The first drawings Hesse made in Germany are collages in an abstract expressionist mode – ‘wild space,’ as she called them in a letter dated 18 March 1965 to her friend Sol LeWitt. Subsequent drawings became increasingly more structured, as Hesse filled the picture plane with grid-like patterns, squares, and machine-like elements. As these drawings evolved, Hesse liberated herself from the constraints of space, turning to crystalline, linear ‘machine drawings’ inspired to some degree by the parts she found lying around Scheidt’s factory. Hesse described this phase of formal reduction to LeWitt as ‘Drawings—clean, clear—but crazy like machines forms larger + bolder articulately described so it is weird they become real nonsense.’ The non-signification that governs these drawings would eventually lead to the three-dimensional reliefs that mark the decisive breakthrough towards sculpture in her work.

‘Forms Larger and Bolder’ also features a selection of working sketches and diagrams dated from 1967 to 1970, that shed light on some of Hesse’s most significant sculptures. Working simultaneously in both drawing and sculpture, she listed measurements, inventories, and descriptions alongside renditions of the sculptural works. Created before, during, and after their correlating sculptures, these drawings served both as a means of developing a working process and of visualizing ideas in a direct and intuitive manner. Together, these works offer a glimpse into Hesse’s transformation of line into three-dimensions. 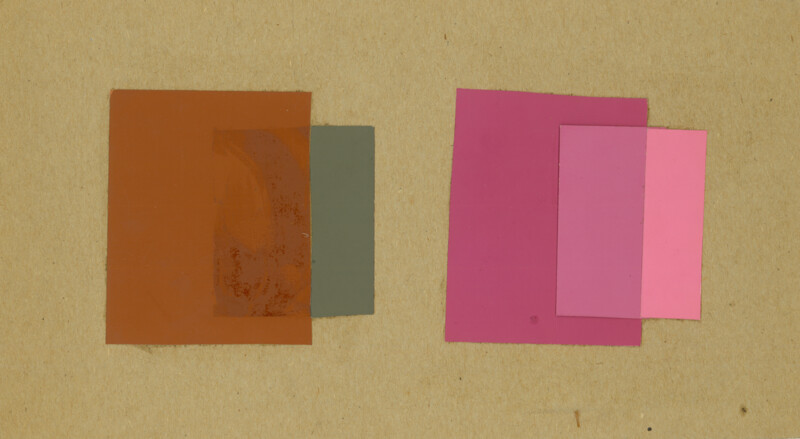 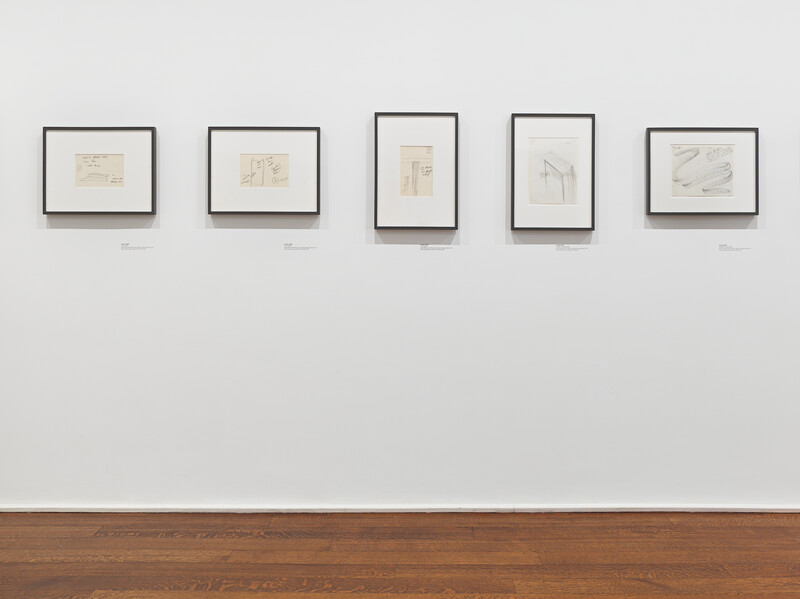 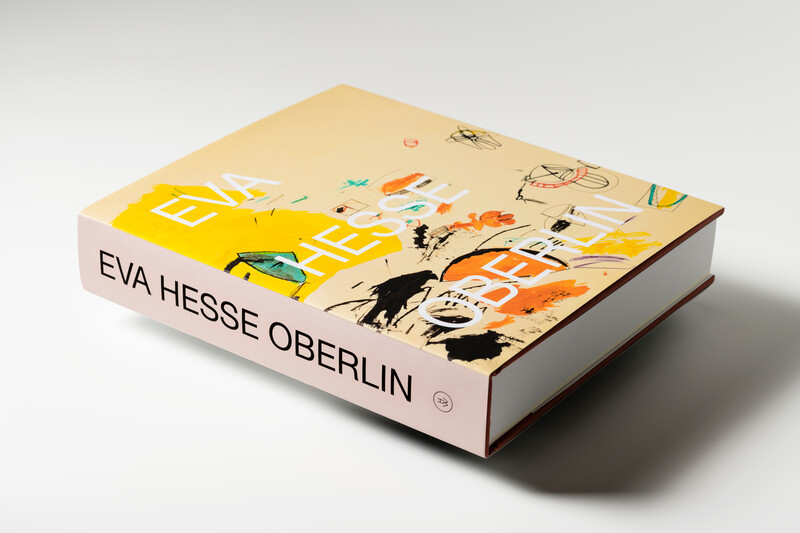 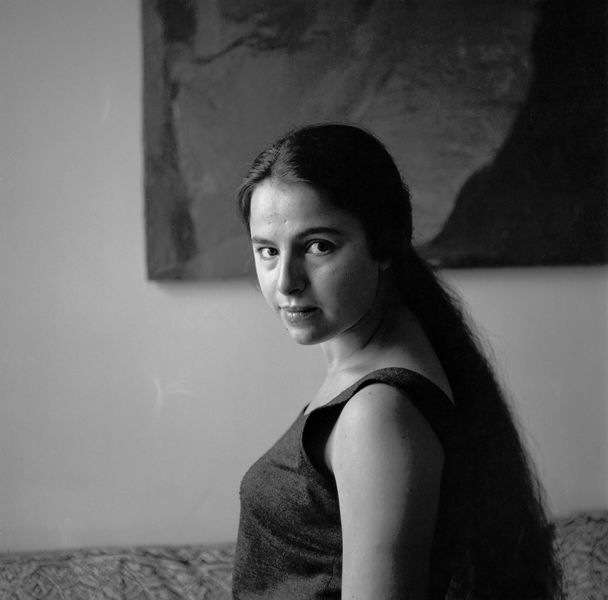 Born in 1936, Eva Hesse was one of the icons of American art in the 1960s, her work being a major influence on subsequent generations of artists. Comprehensive solo exhibitions in the past 30 years as well as a retrospective that toured from the San Francisco MoMA to the Museum Wiesbaden and finally to the Tate Modern in... 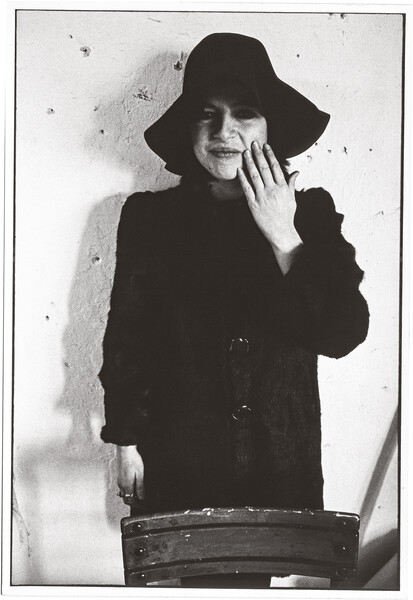