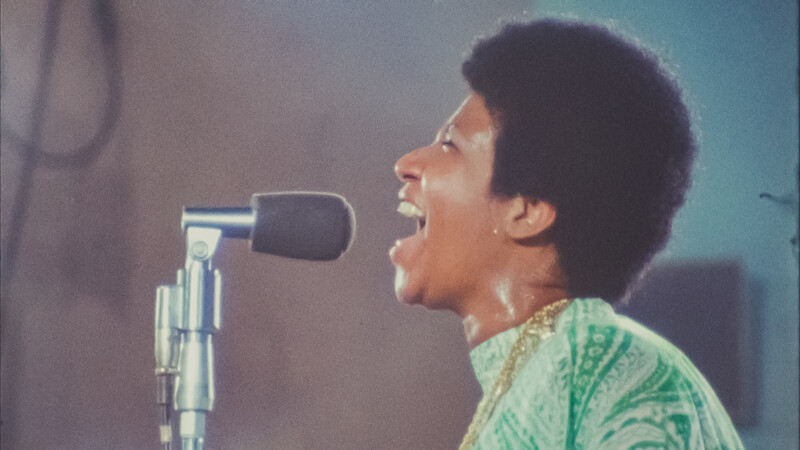 In conjunction with our Mark Bradford exhibition, ‘Cerberus’, we are hosting a screening of Aretha Franklin’s film, ‘Amazing Grace’. ‘Amazing Grace’ is a live gospel album by American soul singer Aretha Franklin. It was recorded in January 1972 at the New Temple Missionary Baptist Church in Los Angeles, with Reverend James Cleveland and the Southern California Community Choir accompanying Franklin in performance.

The film, which documents the making of the album, premiered in 2018. The film has been specially chosen by Mark Bradford, whose new work ‘Dancing in the Street’ grapples with places difficult and in-between; taking the Civil Rights Movement and the 1965 Watts Riots as its point of departure.

Introduced by Zoé Whitley, Senior Curator at the Hayward Gallery.

‘Amazing Grace is a snapshot of life where Black culture unselfconsciously comes together in a non-integrated space. You get the feeling of walking into someone’s living room or church, watching something that isn’t performed to be seen by you. The complicated, multi-layered, multi-faceted history of the Black church is all right there in one place.’– Mark Bradford

Please arrive from 6 pm, the film begins at 6.30 pm.
Tickets: £5. All proceeds are donated to the South London Gallery