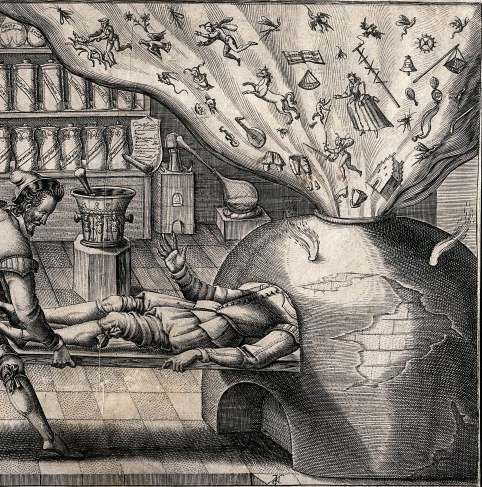 Utopia / Dystopia: ‘A Diseased Fancy: The History of Medical Arguments Against the Imagination’

For this fall’s third installment of Utopia / Dystopia, an ongoing series co-presented with Morbid Anatomy, please join Dr. James Kennaway for a discussion that examines the medical critique of imagination as a cause or a symptom of sickness and of ‘imaginary diseases,’ and considers the resonance of such thinking in contemporary culture.

Today imagination is generally depicted as essentially an unalloyed good, something to be encouraged in children and cherished in talented people. However, any modern reader cannot help but be struck by what a terrible medical reputation it often had in the past. It stood accused of leading to hysteria, weak nerves, excessive romantic feelings, monstrous births and even early deaths.

Dr. James Kennaway is a historian at the University of Roehampton in London who has written extensively about the impact of medical thinking on culture since the Enlightenment.