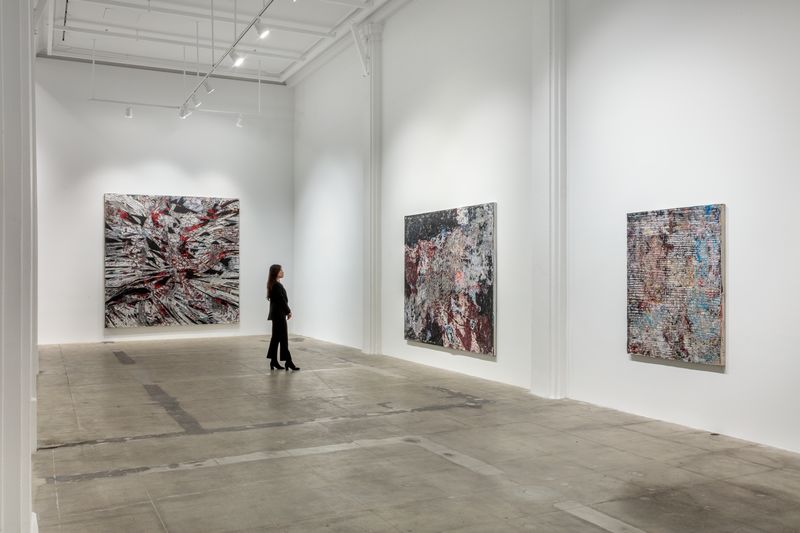 In the new works on view, Bradford probes stories found in comic books to question the archetype of the antihero and the influence of the media on contemporary society, while also revisiting misconceptions of black identity and gender as seen in previous works. ‘New Works’ presents paintings that extend the artist’s examination of homophobia and racism in American society, continuing themes explored in Bradford’s multimedia installation ‘Spiderman’ (2015), which was shown at the Hammer Museum in LA in 2015.

This event is free, however, reservations are recommended.

Connie Butler is the Chief Curator at the Hammer Museum, Los Angeles where she has organized numerous exhibitions including the biennial of Los Angeles artists ‘Made in LA’ (2014), ‘Mark Bradford: Scorched Earth’ (2015) and ‘Marisa Merz: The Sky Is a Great Space’ (2017). She also co-curated ‘Adrian Piper: A Synthesis of Intuitions’ which opened at MoMA in April of 2018 and will open at the Hammer in October 2018, and ‘Lari Pittman: Declaration of Independence’ which opens at the Hammer in fall 2019. From 2006 – 2013 she was The Robert Lehman Foundation Chief Curator of Drawings at The Museum of Modern Art, New York where she co-curated the first major Lygia Clark retrospective in the United States (2014) and ‘On Line: Drawing Through the Twentieth Century’ (2010). Butler also organized the groundbreaking survey ‘WACK! Art and the Feminist Revolution’ (2007) at the Museum of Contemporary Art, Los Angeles where she was curator from 1996 – 2006.

Highly regarded as both a leading practitioner of conceptualism and an influential educator at the California Institute of the Arts, Los Angeles-based artist Charles Gaines (American, b. 1944) is celebrated for his works on paper and acrylic glass, photographs, drawings, musical compositions, and installations that investigate how rule-based procedures influence representation and construct meaning. He has had over 80 one person shows and several hundred group exhibitions in the US and abroad including the 2007 and 2015 Biennale di Venezia. In 2015, he presented a critically acclaimed retrospective exhibition at the Studio Museum in Harlem and the Hammer Museum. Gaines’ work is collected major institutions, including at the Museum of Modern Art (New York), Whitney Museum of American Art, and the Studio Museum in Harlem and the Los Angeles County Museum. He is represented by Paula Cooper Gallery in New York, Susanne Vielmetter, Los Angeles and Max Hetzler, Berlin and Paris. His compositions created by translating revolutionary texts into musical notation have been widely performed, most recently in Australia at the 2017 Melbourne Festival, at the Brooklyn Museum in 2016, and at the 56th Biennale di Venezia, Venice. In 1977, Gaines received a grant from the National Endowment for the Arts, in 2007 a United States Artists Fellowship Award, the 2013 John Simon Guggenheim Memorial Foundation Fellowship, the 2015 CAA Artist Award for Distinguished Body of Work, and is the 2018 honored recipient of the REDCAT award. 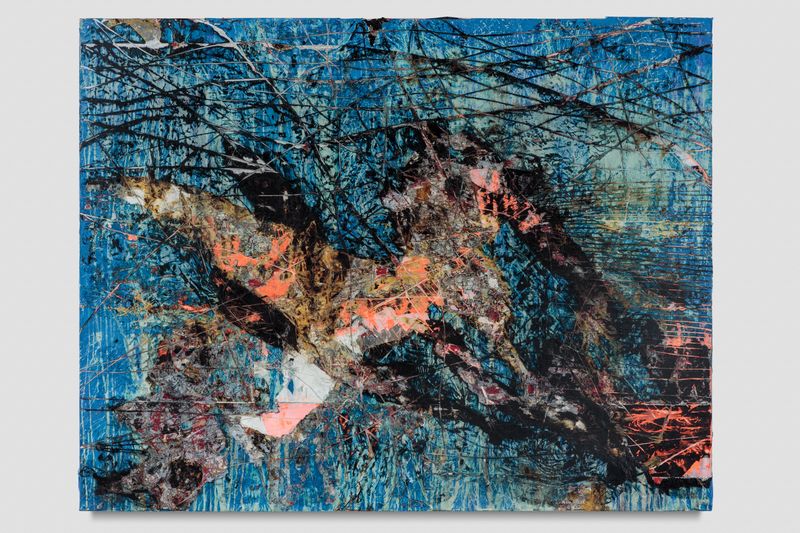