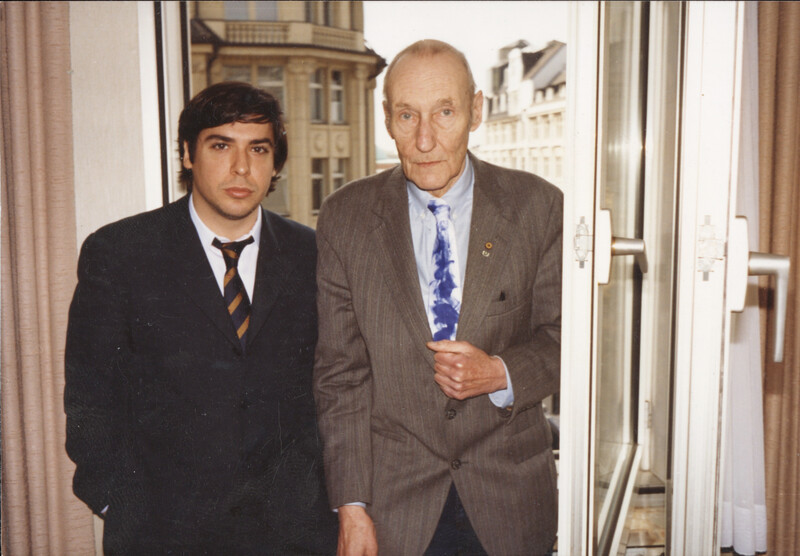 George Condo and William S. Burroughs at the premiere of ‘The Black Rider’ by Robert Wilson, Hamburg, March 1990

In 1989, the artist George Condo, then 32 years old, met the writer William S. Burroughs, who had just turned 76, and the two began an unusual friendship and artistic partnership that continued for several years. In advance of ‘George Condo: The Picture Gallery,’ to be published later this year on the occasion of the eponymous exhibition at the Long Museum, Shanghai, ‘Ursula’ presents Condo’s reflections on Burroughs—how they met, the art they made together, and his thoughts on the late writer’s work. Edited by Massimiliano Gioni, the catalog includes an essay by Burroughs on Condo’s painting, to which Condo’s text serves as an introduction and fond reminiscence. 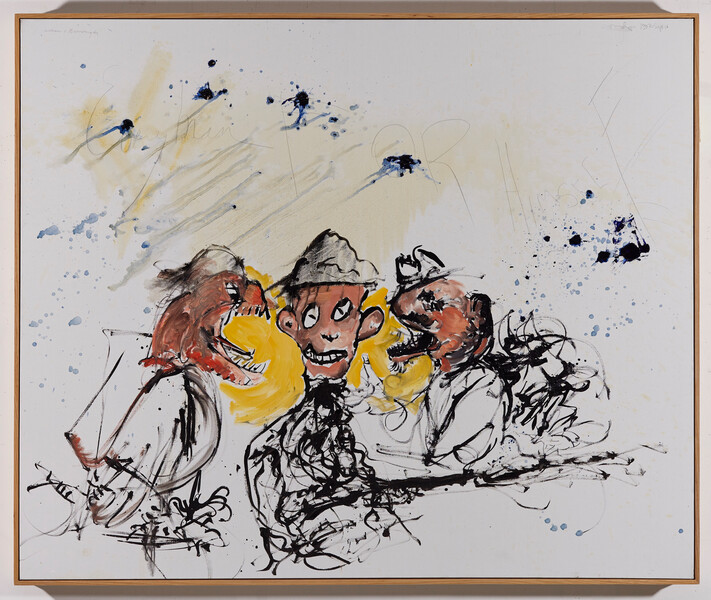 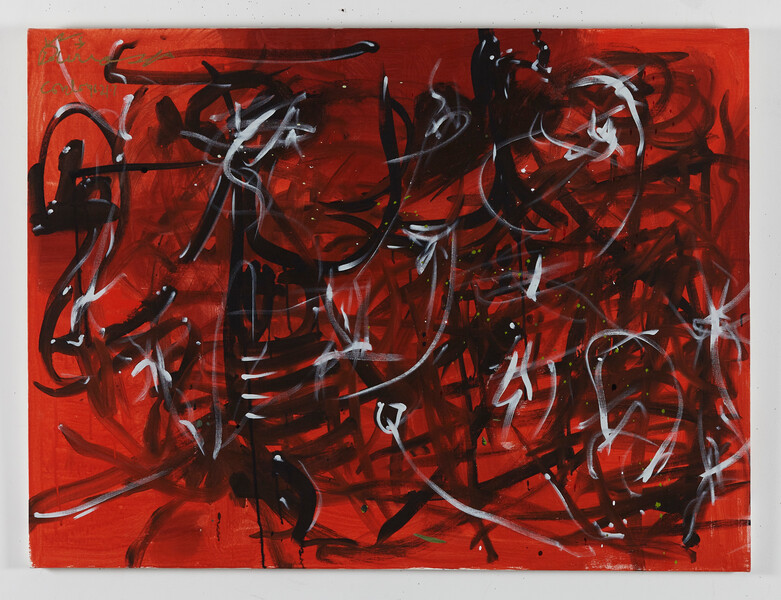 William Burroughs was a prophetic writer. Most people try to pigeonhole him as a drug addict, but by the time I met him he was a different person. He was very interested in art and curious about everything—from Grünewald to contemporary painting.

In 1989, the Whitney Museum was organizing a series of collaborations between writers and painters, and they asked me who I wanted to collaborate with. I had met Brion Gysin—William Burroughs’s friend, lover, and frequent collaborator—in Paris in 1985 with Keith Haring. We would go and see him quite often, but at the time I hadn’t met Burroughs yet. When the Whitney approached me, they sent a pile of books and asked me to pick a writer among the ones they were suggesting, but I said I wanted to work with Burroughs. The Whitney didn’t have a direct connection with him, but Burroughs and I shared the same literary agent, Andrew Wiley, so I asked him to make an introduction. One day Andrew and I were out together in New York, and he literally just rang Burroughs from a pay phone. He said, ‘Alright, William is on the line. Talk to him.’ And he handed over the phone. I spoke to him and he told me he had liked what I had written about Gysin in his last exhibition catalog, and that he’d be willing to have me come and visit him in Kansas. I went to see him, and we agreed we would work on a special portfolio of editions accompanied by his text. We also worked together on something like sixty paintings. He wasn’t really a painter. He didn’t care so much about what the work looked like—it was more a physical activity for him and an exercise for getting his imagination going.

Working side by side with Burroughs was great. He could look at a blotch of paint and come up with a whole cosmology, invent a dynasty of imaginary creatures on the spot, and retrace that splat of paint to a genealogy of beings. He would say, ‘Look at that, that’s one of your boys.’ And then would tell you a story about these techno-boys living in some kind of amniotic fluid. His literary imagination was just free-flowing and wild.

In the house, when I visited him, there were guns everywhere—in every drawer—which was pretty scary. I asked him if they were loaded and he said, ‘Yes, of course, they are. What good is an unloaded gun?’

He had very strange views about the police, which are quite interesting in relation to today’s debates. He envisioned the police as completely decadent, depraved, and morally corrupt—partially because he was afraid of the homophobic tendencies of American policemen. Being openly gay, he knew how violent and repressive society could be. And he had had a few encounters with the law. He also foresaw the birth of the radical right and its use of disinformation. In many of his novels, he imagined societies based on the manipulation of language and understood that language and misinformation had the ability to propagate as a form of contagion, like a virus. 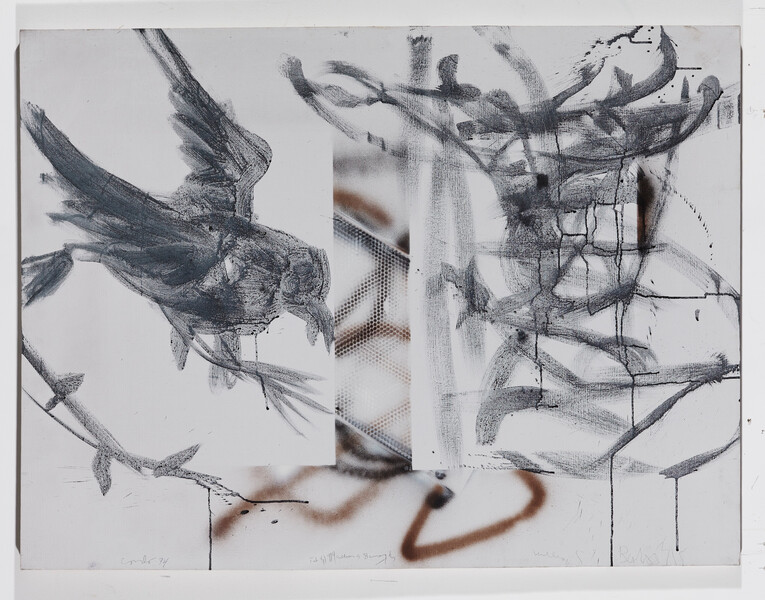 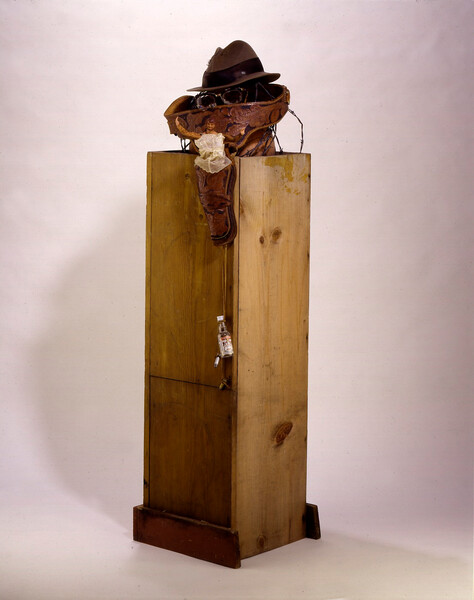 His use of the cut-up method was always very inspiring for me, not only for my own work, but as a way to understand the way America thinks, the way in which contrasting points of view can coexist at times harmoniously or—perhaps more frequently—in a state of constant tension and friction.

‘George Condo: The Picture Gallery,’ curated by Massimiliano Gioni, is on view at the Long Museum (West Bund), Shanghai, 26 September – 28 November 2021. The catalog for the exhibition will be released in late 2021.