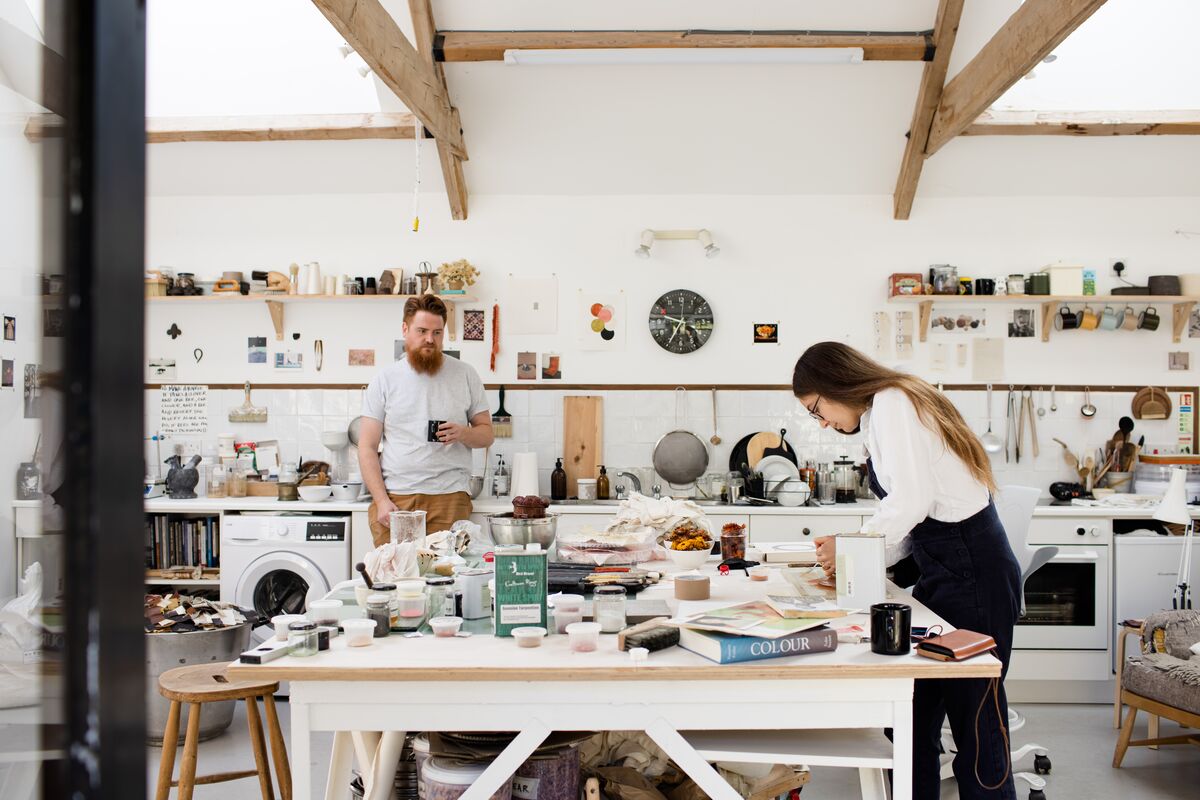 On the occasion of ‘Biophilia,’ a joint exhibition of the work of Abigail Booth and Max Bainbridge at Make Hauser & Wirth Somerset—a unique center for contemporary artisans, innovative makers and crafted objects—‘Ursula’ magazine recently asked five questions of Booth and Bainbridge, partners in life and art who relocated last year from London to Somerset to be closer to the natural sources of their work.

You met at Chelsea College of the Arts before founding your studio in 2014. Were there other students at Chelsea then whose work and interests hewed as closely as yours to natural materials and being deeply rooted in a sense of place?

Abigail: There definitely wasn’t a movement or a group, though there were a few individuals.

Max: I would struggle to find people I even liked! [Laughs] I’m just kidding. But our work even then was quite different from what we were seeing around us in being very material and about landscape. That conversation between the two of us was already well underway.

AB: It was a very post-Internet time in the art world, with a lot of writing and theorizing happening. We were the outliers to that kind of direction, a shift away from making things, from materiality and objects. 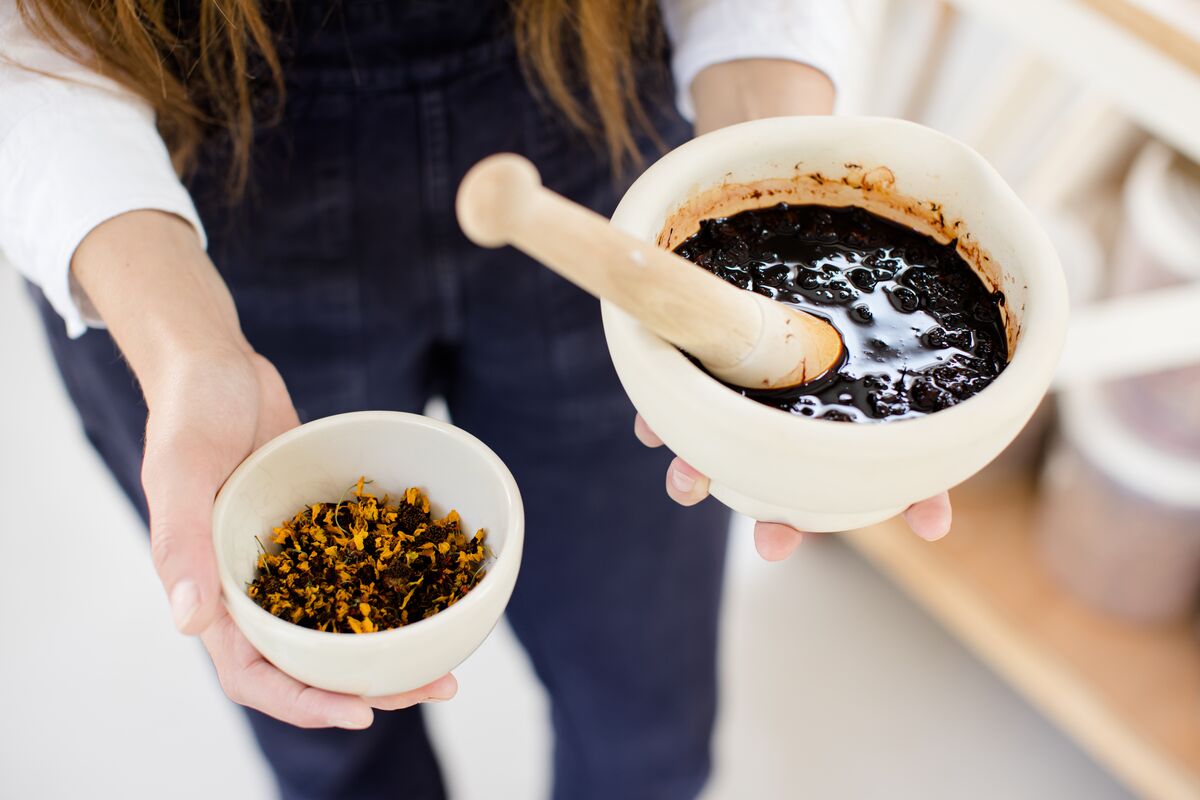 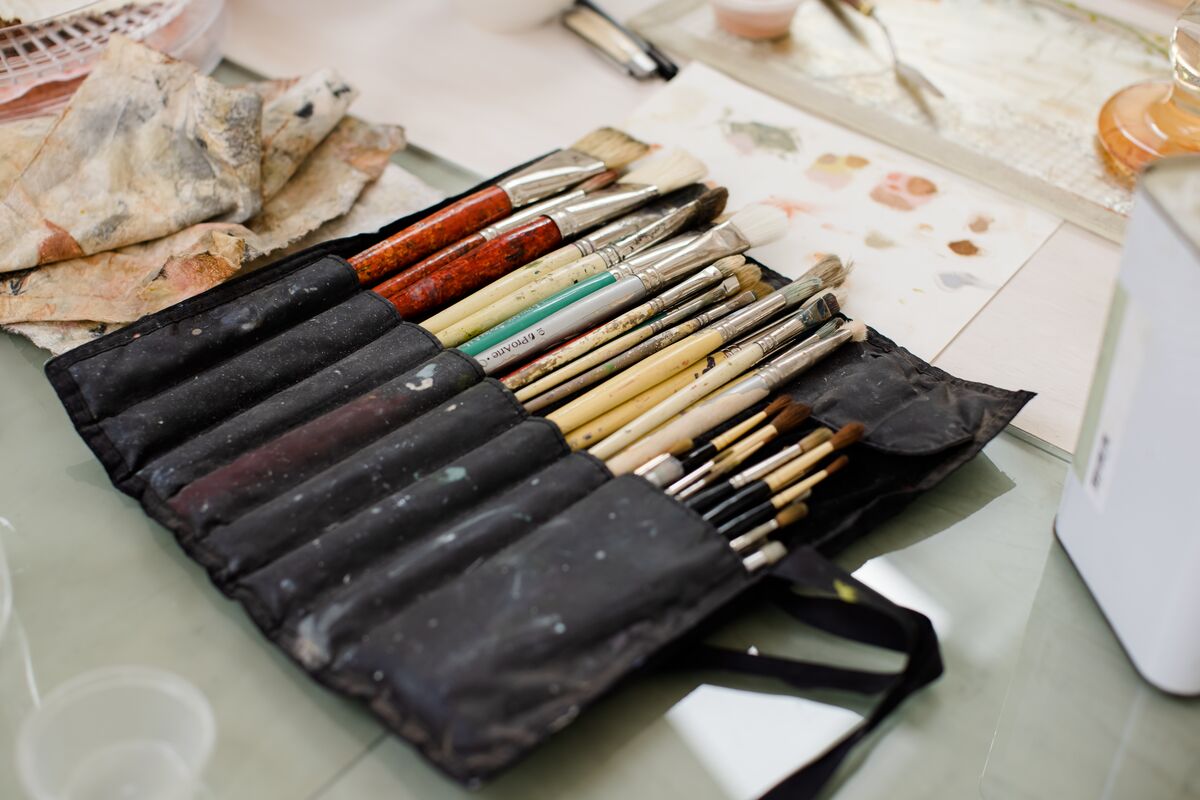 Did you come to your work partly through an environmental consciousness?

MB: For me, growing up as the child of artists, of a sculptor, I think it was more just about a material language and investigating anything I could make out of something on the land. From the time I was very young. My parents had a place in France, in a very rural area. And every summer we would see the harvesting of poplar trees for firewood, giants stacks of poplar trunks. It was my first sense of seeing something monumental growing and understanding that it could be cut down so easily, gone in an instant. It shaped my early understanding of wood as a material and its life. 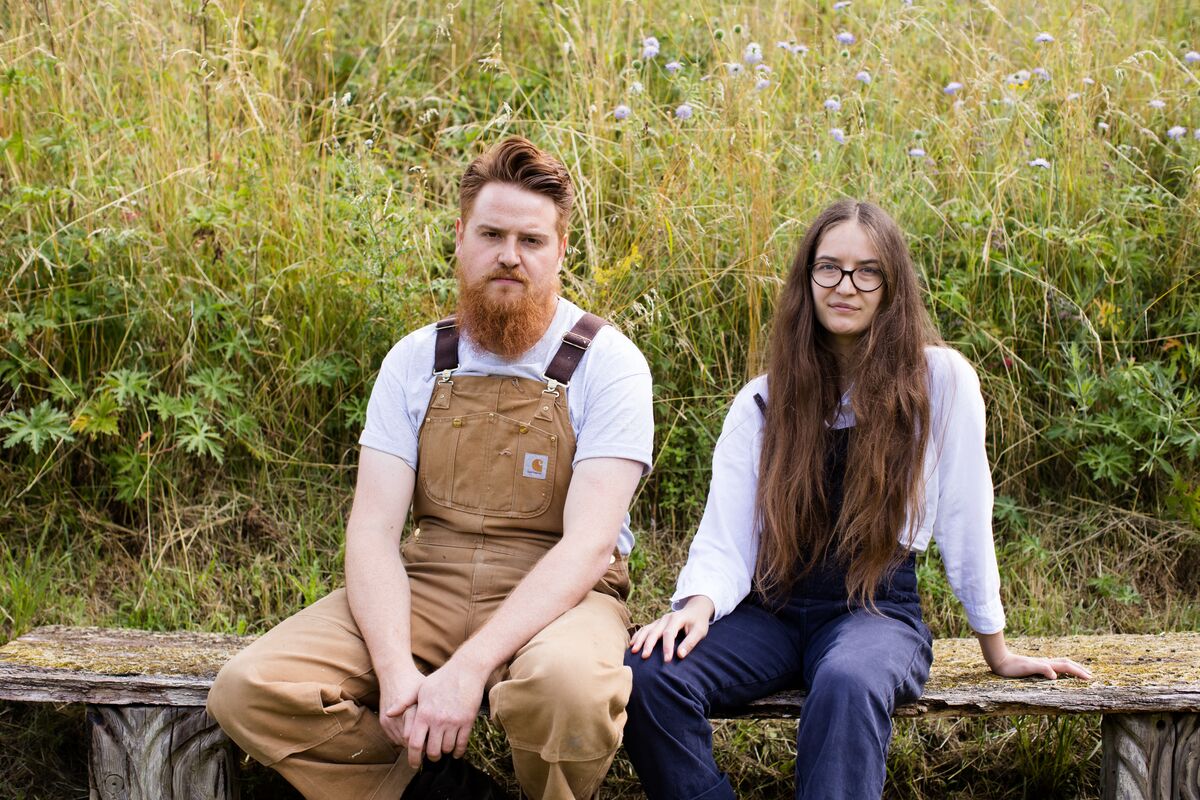 Who were the first artists who influenced you, or made you want to become artists?

AB: It’s a little funny to remember, but my parents always had a framed poster of David Hockney’s ‘A Bigger Splash.’ Looking at it for so long as a child, it became a kind of epic image of absence. The figure that isn’t there. But it was about architecture and color, and it was so evocative of place, of California. It had a powerful effect. Later, seeing Agnes Martin’s retrospective was hugely influential for me and her focus on material means was important for me and how I work of course. I’d also mention Vija Celmins, and her conjuring of something through such a high level of focus.

MB: For me, I’d name three artists who were massively influential. First David Nash and Barbara Hepworth. Hepworth was about understanding that you could make works of art out of materials like wood and stone; not that I understood at the time how she made them but that there was the possibility of transforming something into something else. That was really exciting. And the third name I’d mention is Wolfgang Tillmans. I used a lot of photography when I was at Chelsea and his way of emphasizing prints as highly physical objects, as things in the world, meant a lot to me. 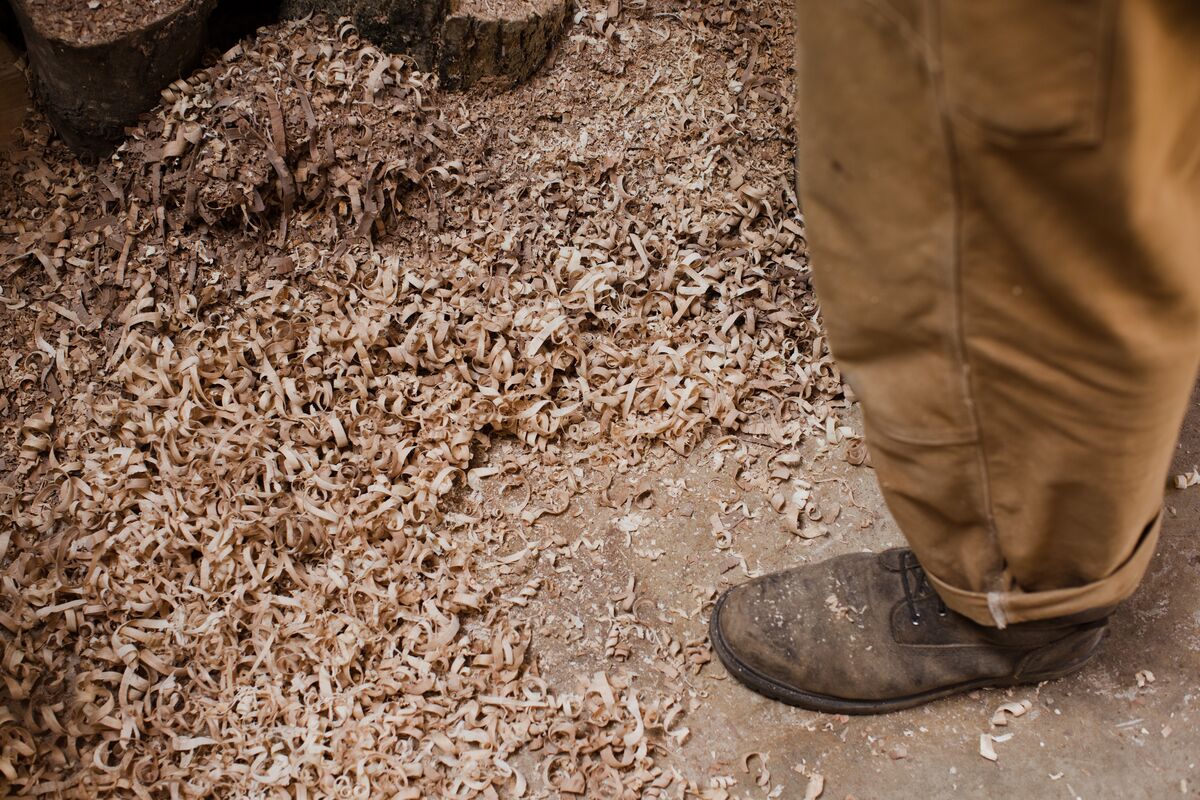 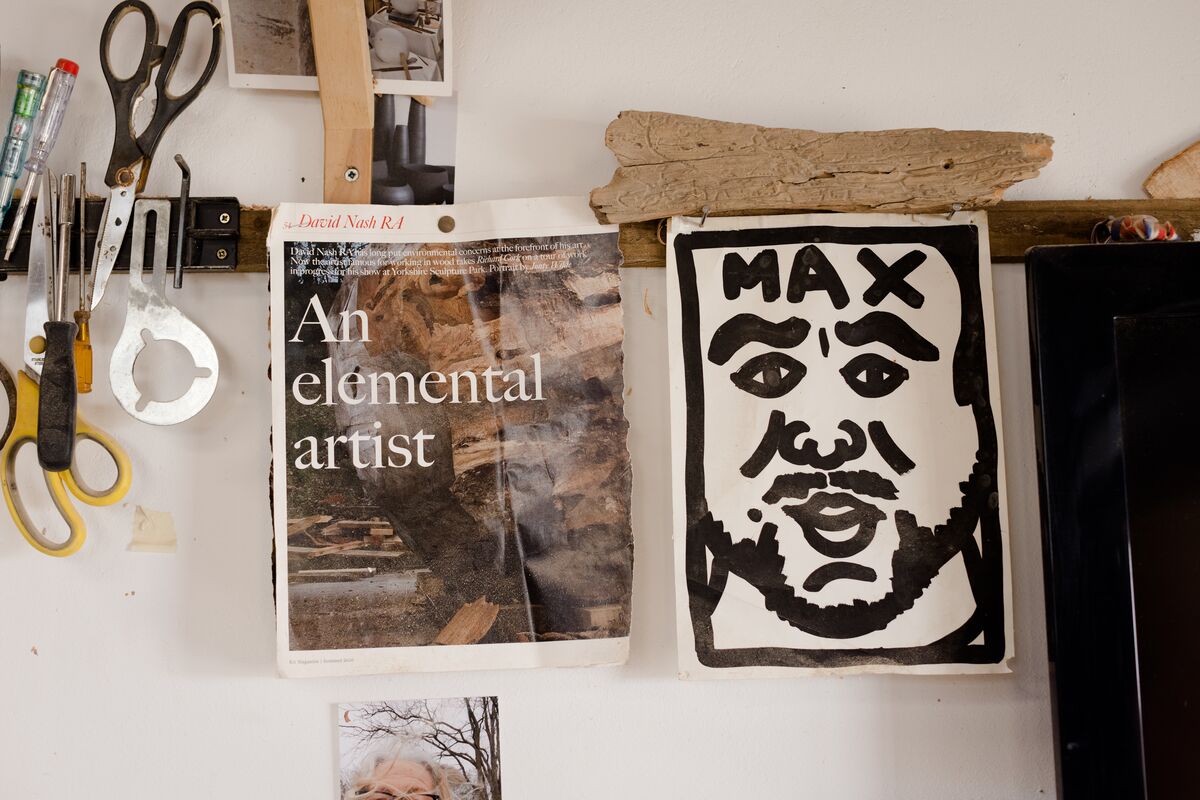 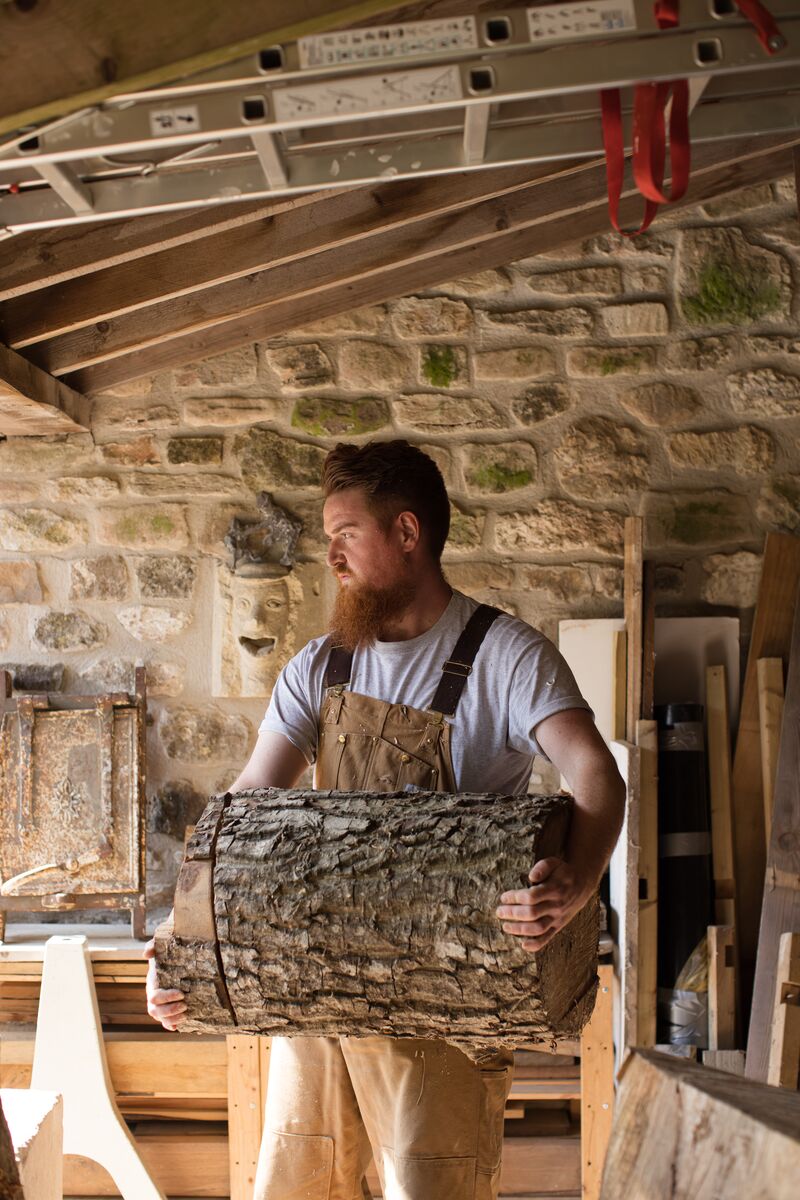 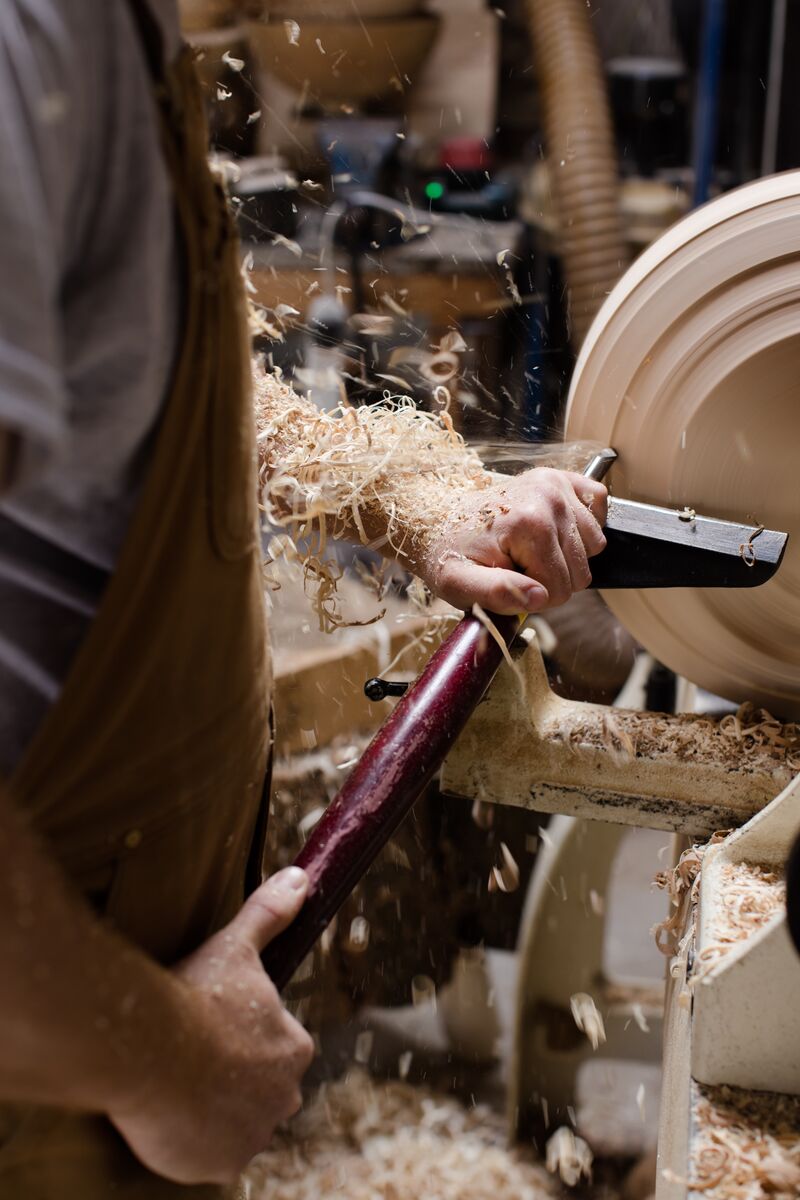 ‘What’s quite wonderful is when you get somebody who comes into a show and has just such an emotional and physical response to a piece … it goes right past questions like: Is this a quilt? Is it a painting? Is it a sculpture? Is it a vessel?’—Max Bainbridge

A lot of rigid, reductive art-world categories about material expertise and craft traditions have been rejected in the last few decades, as great artists working with fabric and ceramics and wood have come to the fore. But do you find that the art world still has troubled figuring out how to talk about the kind of work you do?

MB: What’s quite wonderful is when you get somebody who comes into a show and has just such an emotional and physical response to a piece. It takes them somewhere. And the reaction could be completely alien to anything you thought the piece would evoke in a person. When that happens it goes right past questions like: Is this a quilt? Is it a painting? Is it a sculpture? Is it a vessel? What is it? All of that stuff stops mattering.

AB: You end up having to explain things the most often within the art world, because the art world had a need to process things. But we find that people who interact with the work intuitively, in public, in the shows, don’t really think about it. We’re trying to say something more than just, ‘This is an art object and it’s entered the art world.’ It’s about trying to nurture associations and emotions. And they get that. They’re not ticking boxes, because in many cases they don’t even know the boxes exist. 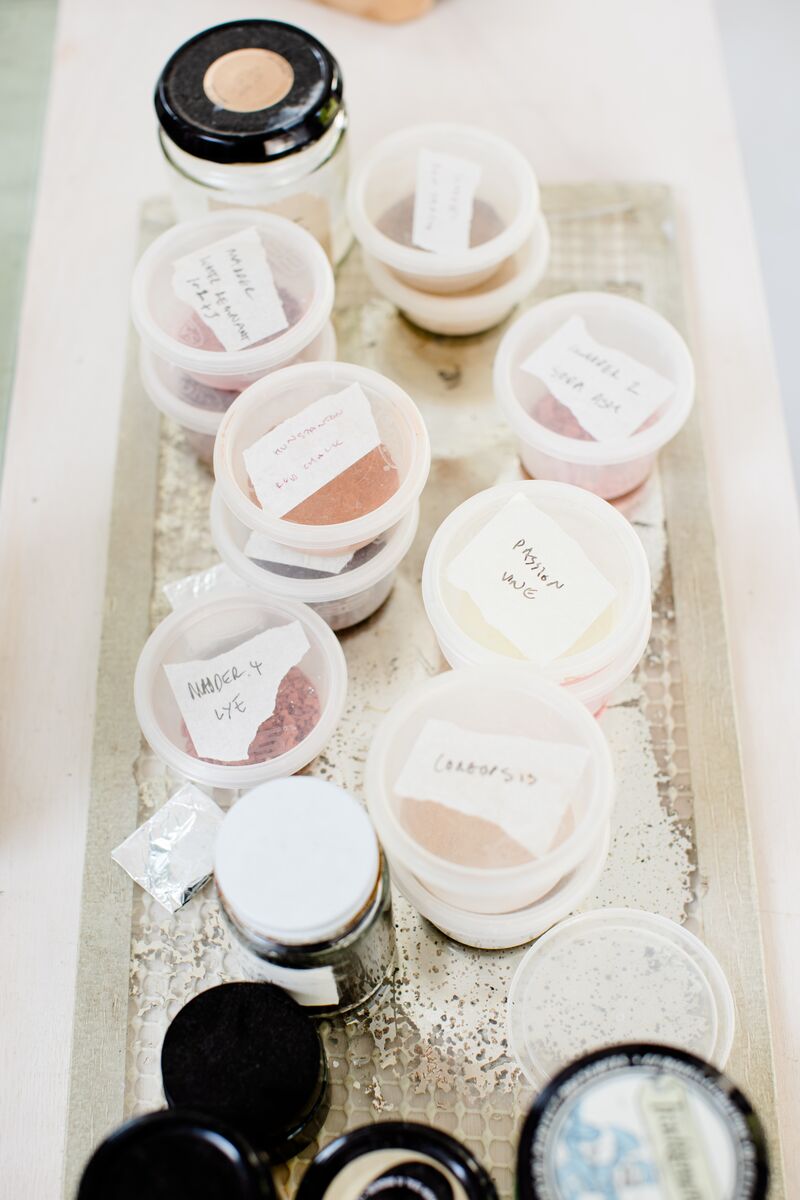 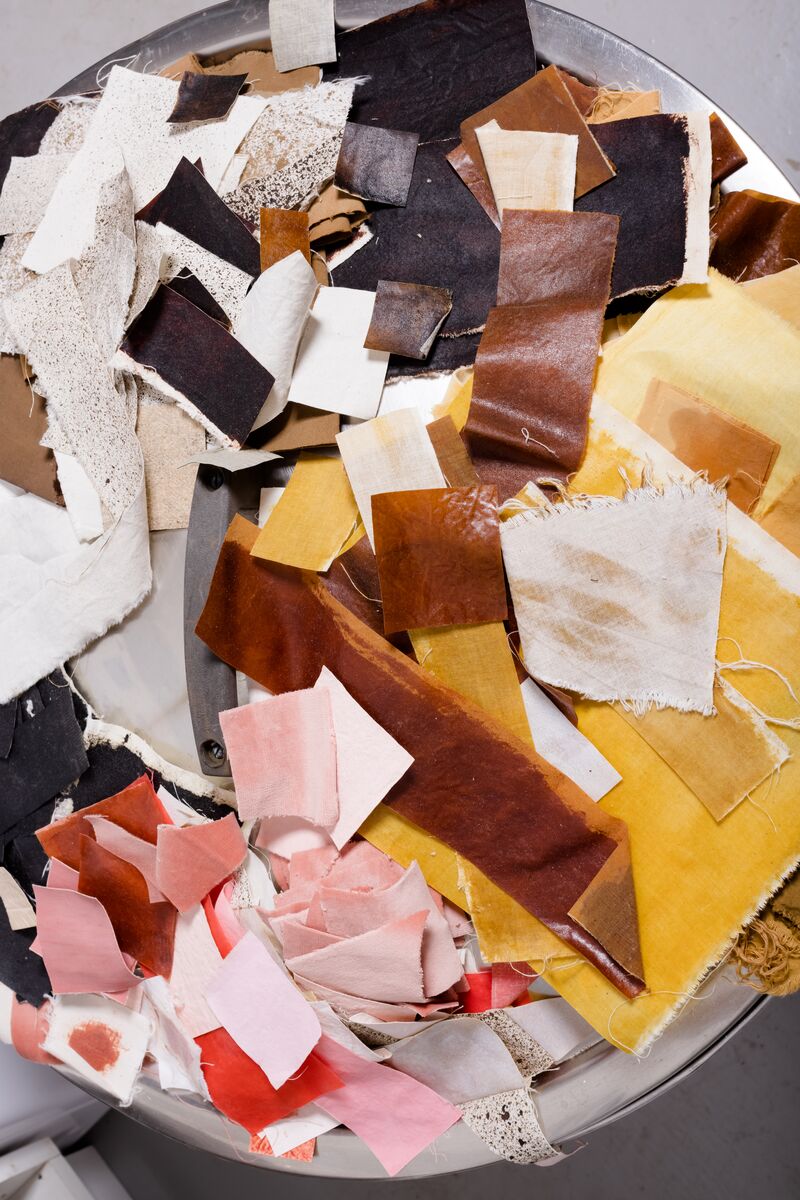 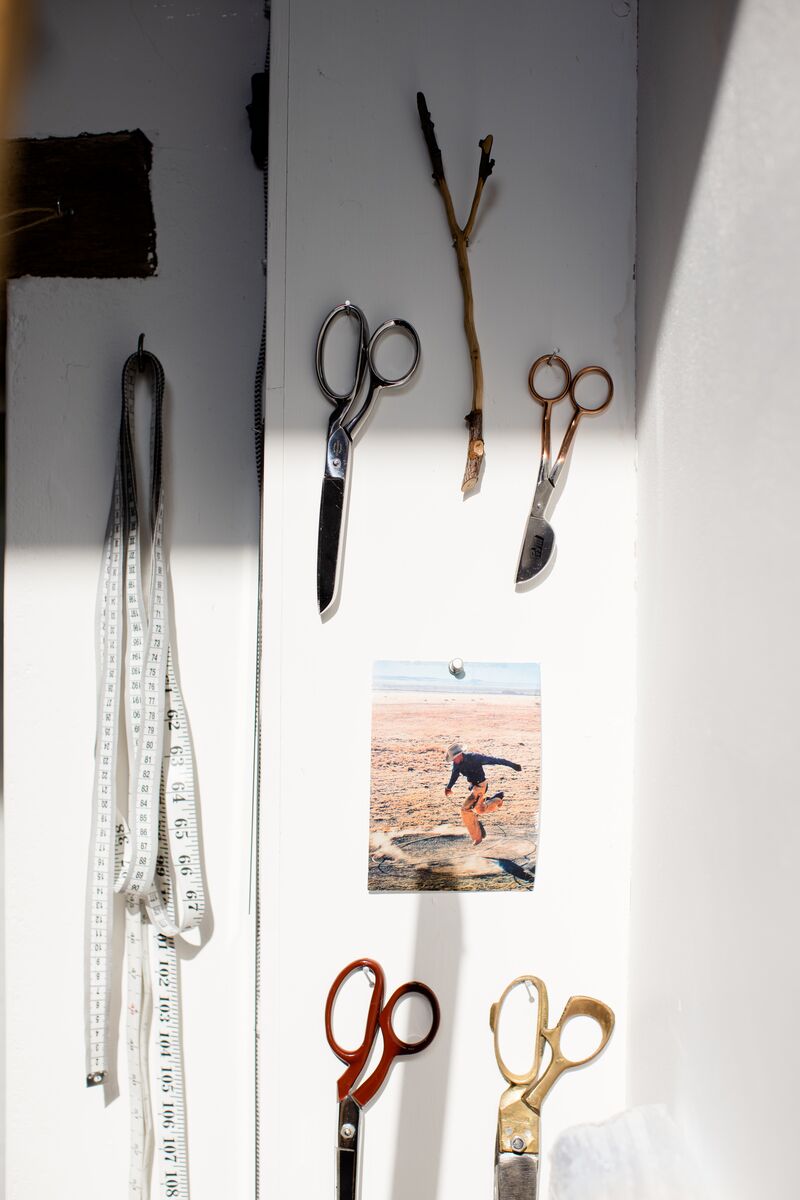 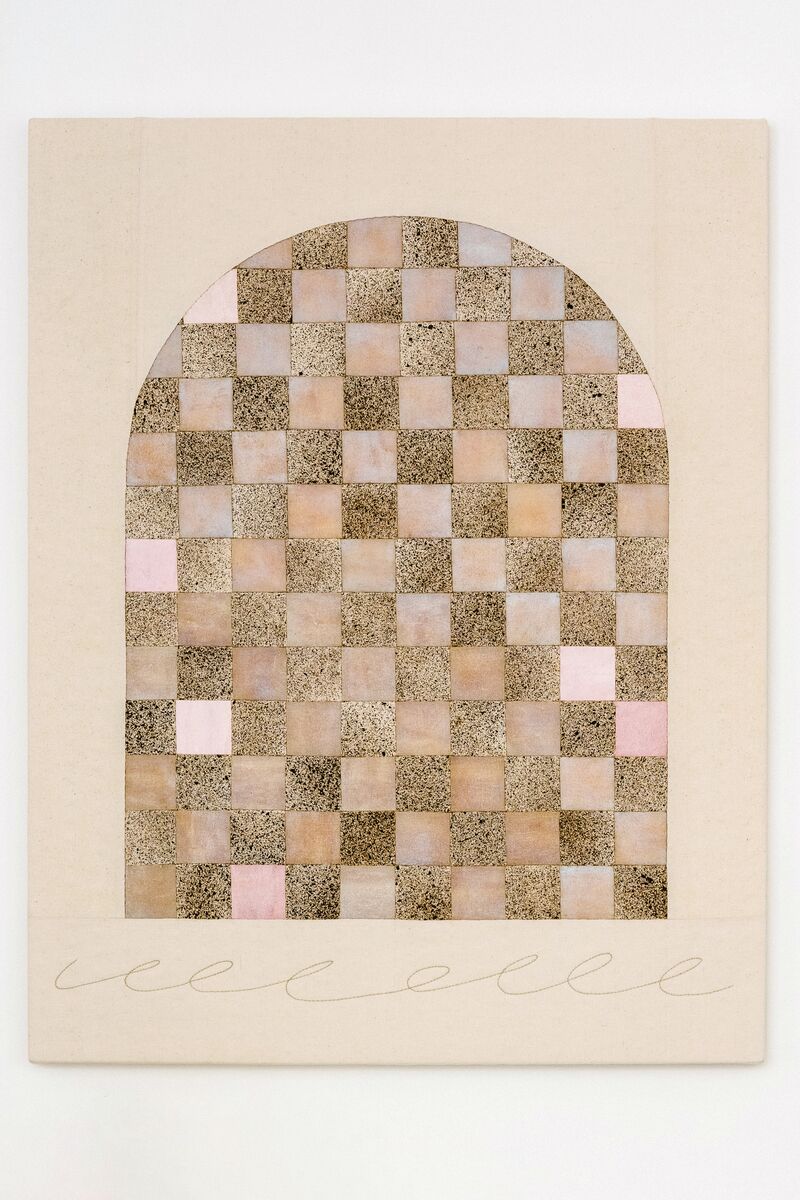 ‘You’re in London and it’s a funny thing how you relate to the land and nature in an outward way. You’re constantly seeking it and traveling to it … Since we’ve moved to Somerset it’s become this kind of overwhelming, unexpected internal thing.’—Abigail Booth 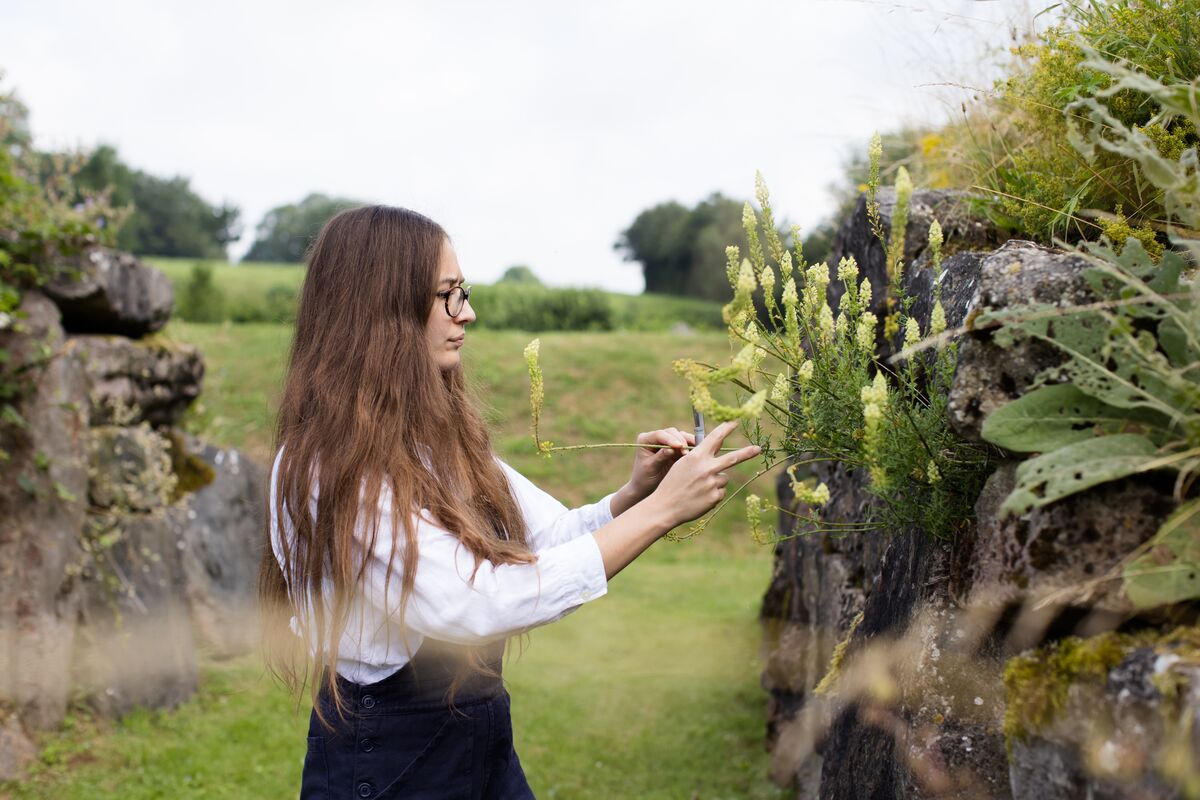 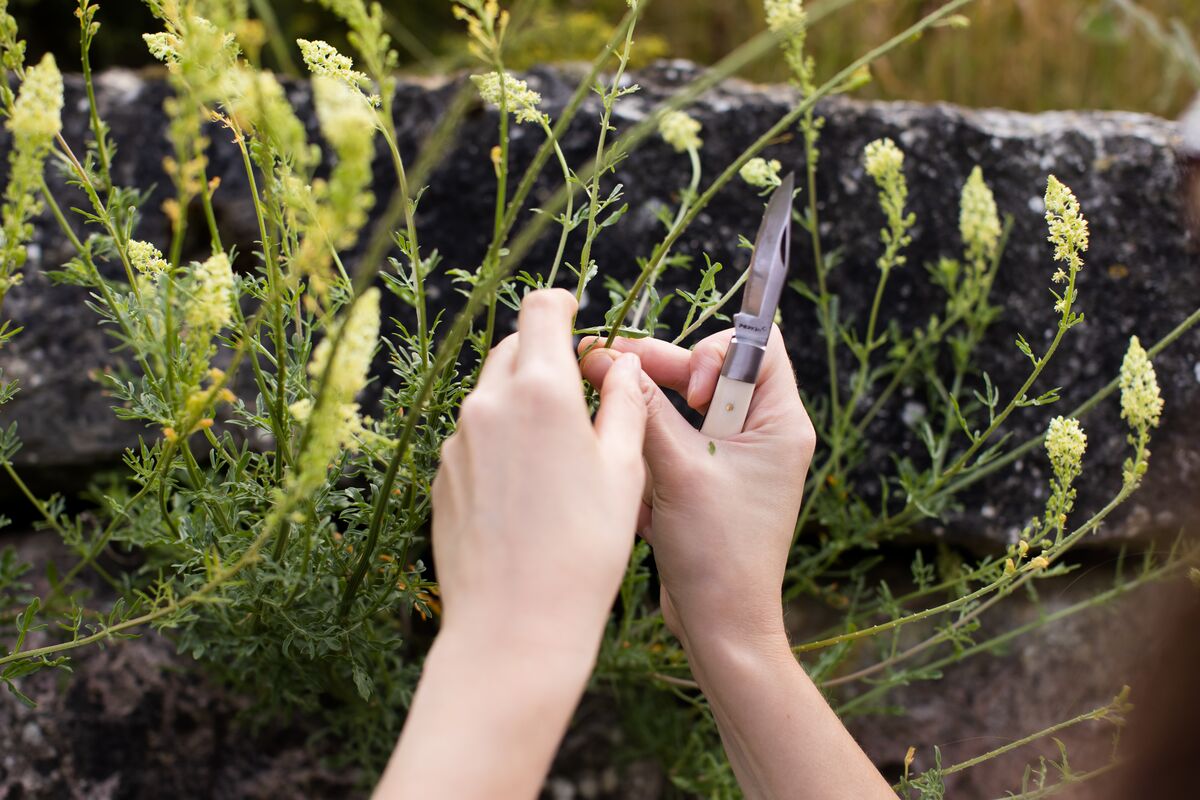 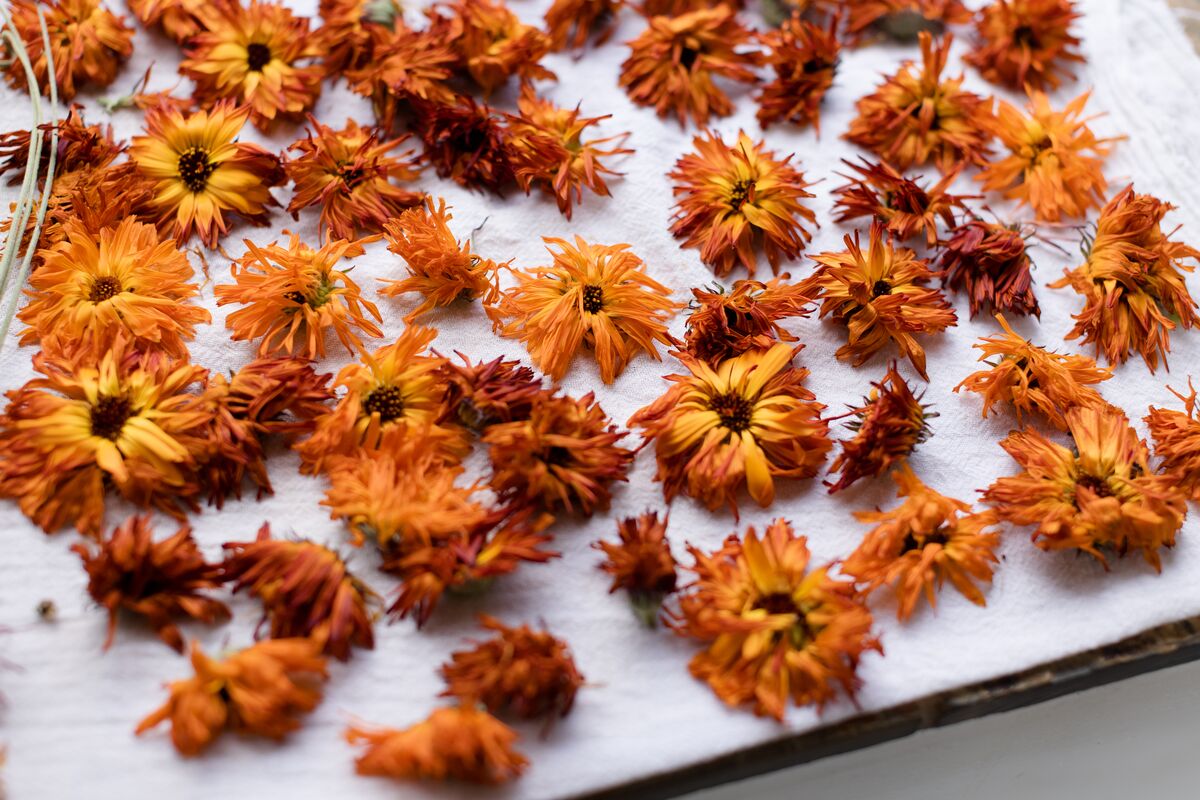 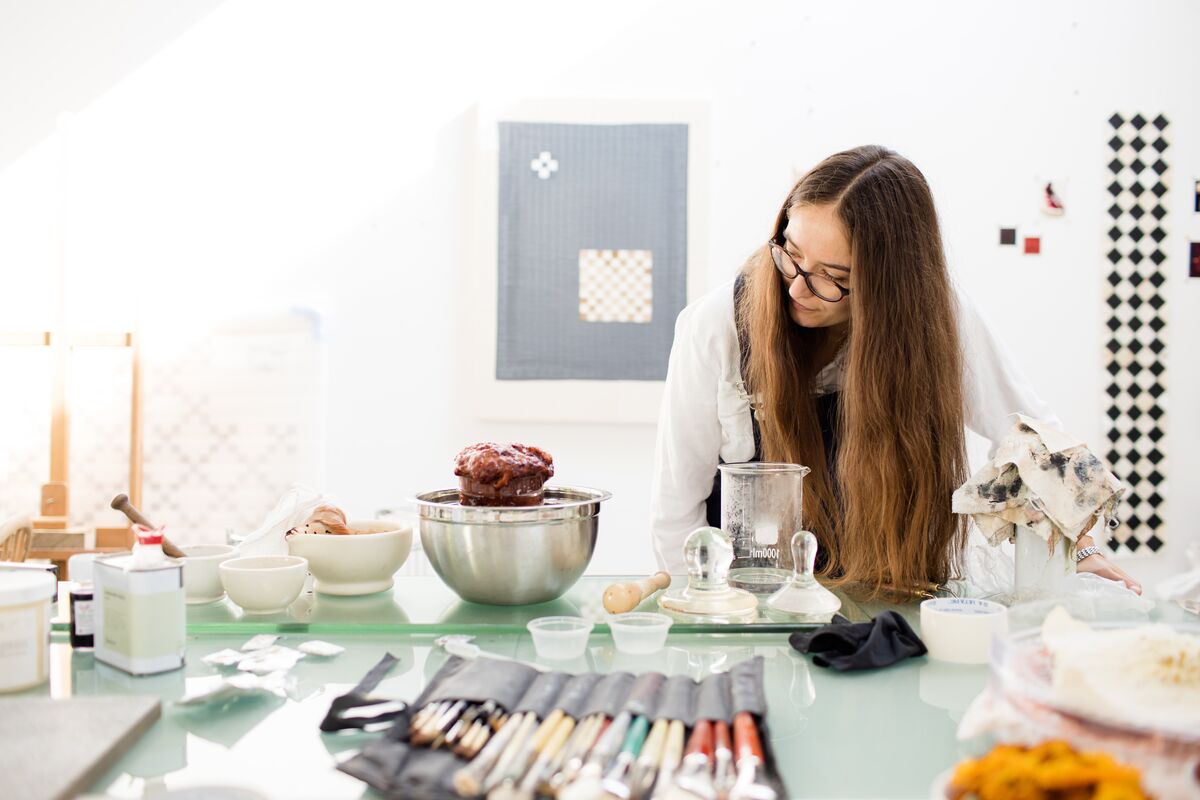 What has moving from London to Somerset meant for your lives and your work?

AB: It’s the first time either of us have ever lived rurally.

MB: But it just makes sense. You spend 29 years in London and you move and understand that the shift is where you were meant to be.

AB: You’re in London and it’s a funny thing how you relate to the land and nature in an outward way. You’re constantly seeking it and traveling to it. And since we’ve moved to Somerset it’s become this kind of overwhelming, unexpected internal thing. It’s a very different relationship with the land.

MB: It’s very intense and immediate and it has a big effect on your understanding of what you’re doing and the materials you’re working with. And the fact that we moved out here during the lockdown, living here in lockdown over the last months, having a big body of work that each of us have been developing, it was already going to be focused, but it became even more so.

AB: It became all-consuming. We could go to work and go to the studio and be in the landscape. And we’d go days with us being the only people we were seeing. It was a strange rhythm, but it was a good rhythm. It was a full immersion. 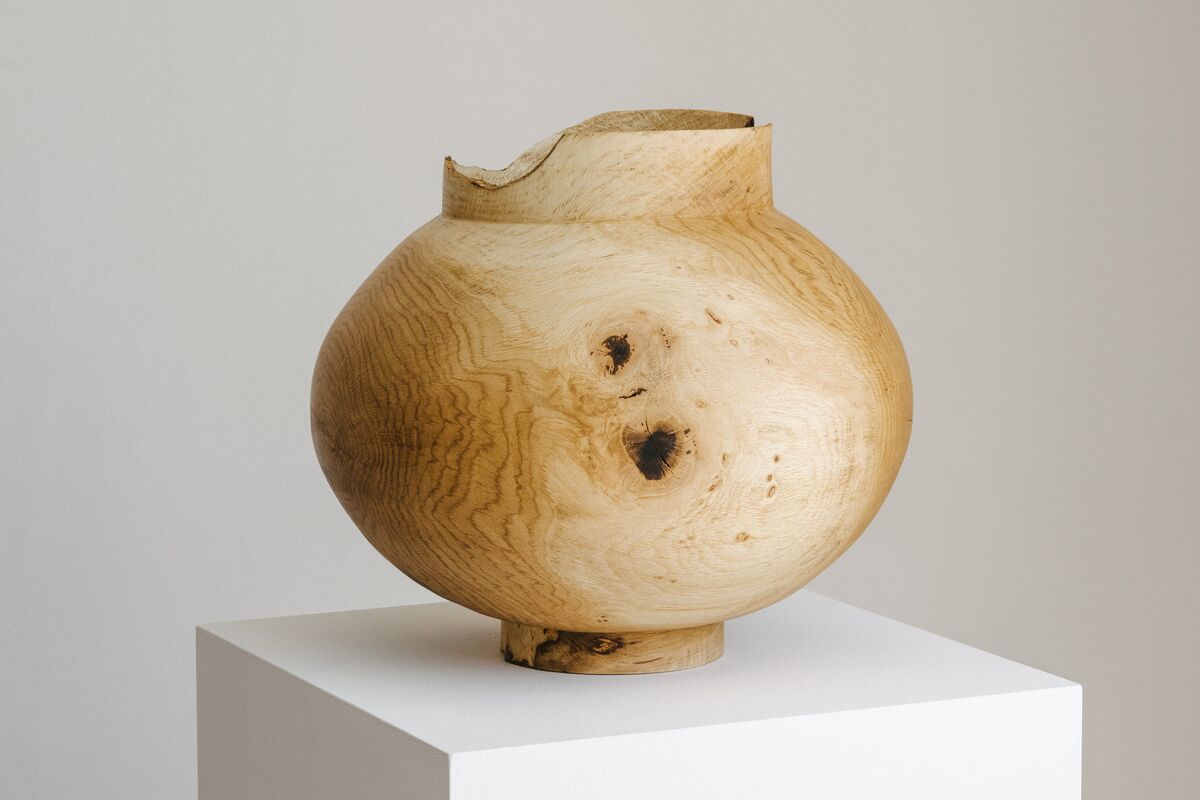 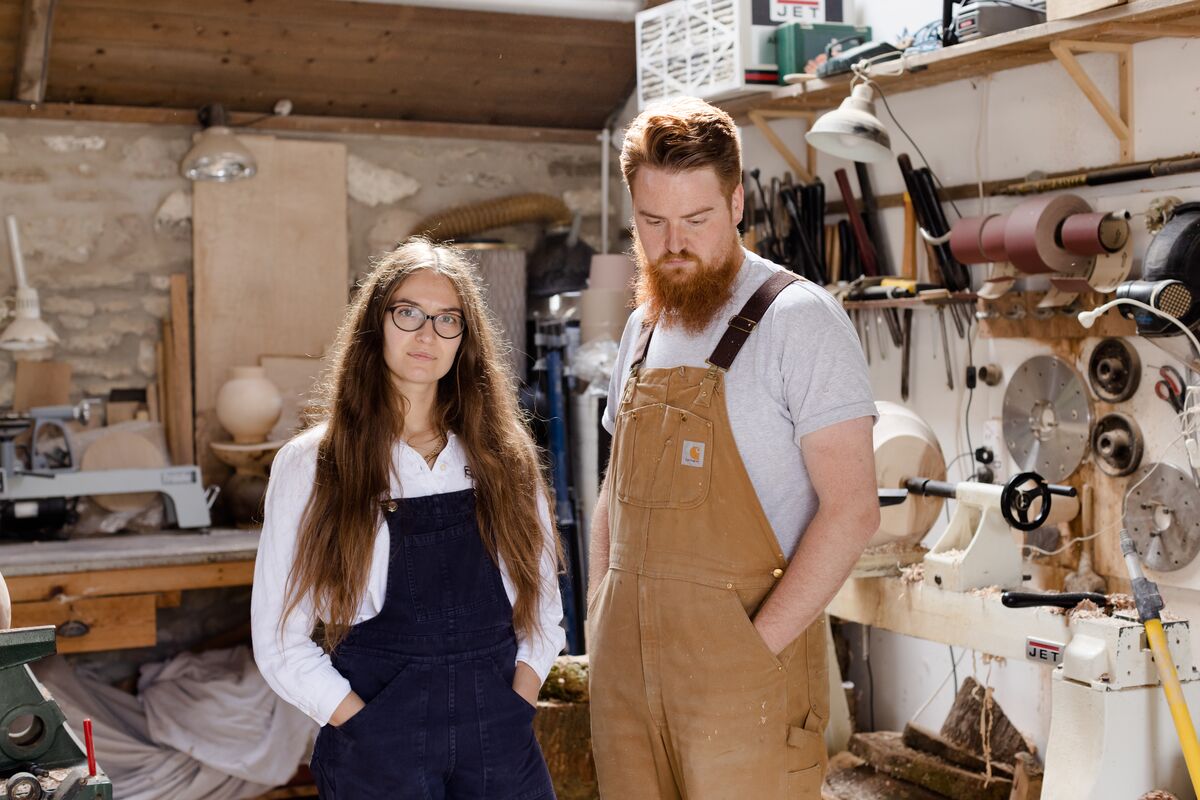 ‘Biophilia’ is on view through 4 September 2021 at Make Hauser & Wirth Somerset.