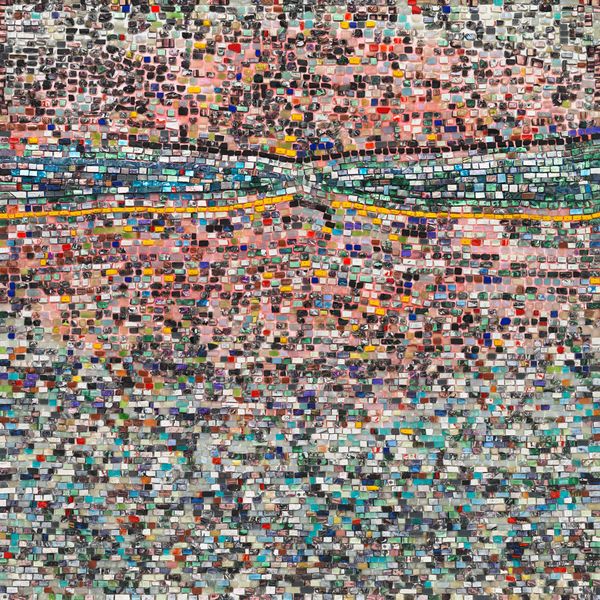 The final work created by Jack Whitten before his passing in January 2018 is a memorial to Arshile Gorky. Shimmering with brilliantly colored acrylic paint tiles, ‘Quantum Wall, VIII (For Arshile Gorky, My First Love In Painting)’ celebrates the beauty of the universe’s fundamental opposition to closure and Gorky's six-decade-long influence on Whitten.

We are delighted to share Jack Whitten’s toast to the Armenian-American artist from the opening dinner for ‘Ardent Nature’, our inaugural exhibition of works by Gorky at Hauser & Wirth New York, 69th Street, back in 2017. Listen and read below as Whitten reflects on the soul, color and profound mastery present in Gorky’s work.

Jack Whitten: I had always saved reproductions of Gorky’s work when I was a student at Southern University in Baton Rouge, Louisiana in the late 50s. But when I came to New York to study at the Cooper Union in 1960, I saw my first Gorkys at MoMA. I have a vivid memory: I was reduced to tears. I have to explain that I did not know what I was looking at. I didn’t. I didn’t have enough painter’s knowledge to know what this was about. But I knew that there was something in there that deeply moved me, and I had to find out more.

A couple of weeks ago I was in Greece on the Isle of Crete, at my home in Crete. And I was picking large, bright red, rosy pomegranates. The olives were just turning purplish black, from green. The grapes were hanging from purple to a golden magenta-ish, to a yellow, to a light powerful green. And the figs! The figs were just oozing honey. I was so moved. I have a little spot that I go to meditate, and it was there that I did my best to communicate with Gorky. 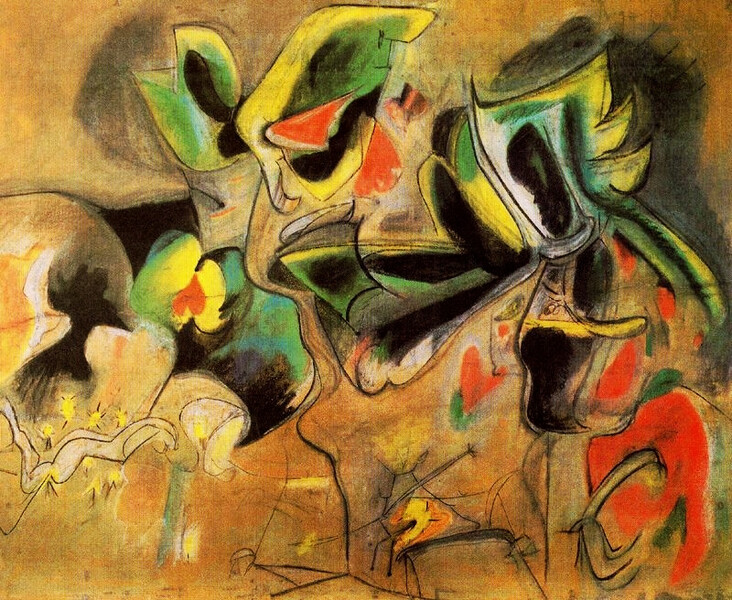 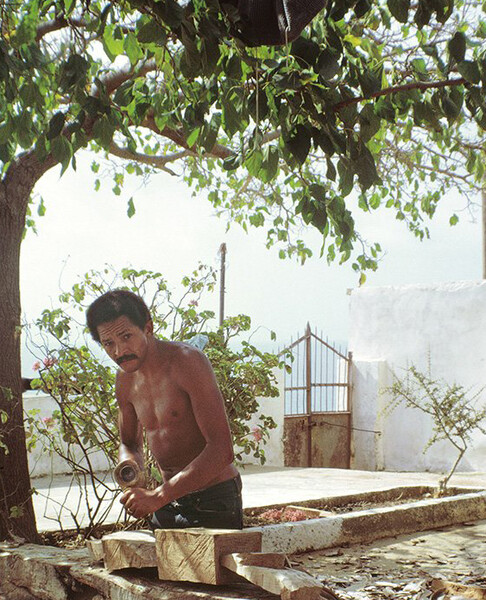 I’m telling you this story because the colors that we find in a Gorky painting, you will not find those colors on a color chart. They don’t exist in writing. That’s not where they come from. You’re witnessing something that comes from the deep soul of an artist. Someone who has a knowledge of history. Someone who has studied history. Someone who knows every color in the book. Someone who can produce his own light at will. I had to find out more about who this man was. So I went to the library at Cooper Union and I studied for long hours all the books all the information that I had my hands on.

I found out that Gorky and I have a lot to share. I too came from a diaspora. I too have suffered at the hands of man’s inhumanity to man. Gorky knew how, what this does of the psyche. He knew about suffering. He knew about passion. How do I come to that? I know it, because at this point in my life I can read it in the color structure.

He was the beginning. It was he, who got me on the right track. Later when I met Bill de Kooning, Bill used to talk about him a lot, long hours at the bar. So for me, just to be able to be here tonight, to see that these works exist, still in such pristine condition—Allan Stone was a great help also. Allan had a lot of the works on paper. He allowed me to pick them up, to study them. I found that in the drawings, the pastel was deep into the paper. He rubbed it deep into the paper. It wasn’t just a surface phenomenon. Anyway, I don’t want to go on long tonight because I know everybody’s hungry, but thank you for giving me the chance to express my appreciation. My love is as strong as ever.

Learn more about Arshile Gorky and visit Art21 to watch their film An Artist’s Life: Jack Whitten that tracks the progress of the artist’s final painting ‘Quantum Wall, VIII (For Arshile Gorky, My First Love In Painting)’.

Jack Whitten talks to Frieze about his life and work in his studio in Queens, New York, on the occasion of his...

Once you were a saddle made of smoothed wood—

In 2011, Jack Whitten created a work that serves as a reflection of the political climate and a testament to the...

On the occasion of the first major survey dedicated to the artist's works on paper, Phong Bui, Kelly Baum, and Julie...

A seminal figure in the shift to abstraction that transformed twentieth-century American art, this documentary...

Over the past fifty years Jack Whitten has developed a rigorous personal vocabulary within abstraction, linking...