For his latest exhibition at Hauser & Wirth New York, the artist moves seamlessly between mediums to re-examine his work's most pressing themes.

‘My tool box is all I have. You know, I only have the tools that I brought with me, so I'm going to continue to use them. And when I add another tool, then you see another element in the project.’—Rashid Johnson

For ‘The Hikers’, Rashid Johnson builds upon previous bodies of work, bringing together ceramic tile mosaics, collaged paintings, and film, as well as introducing a large-scale bronze sculpture to address recurring themes of anxiety, escapism, and the black body in space. The exhibition borrows its title from Johnson’s latest film, a centerpiece of the exhibition, shot earlier this year on location in Aspen, Colorado. Speaking from his studio in advance of the exhibition, the artist described the genesis of his material decisions and intuitive shifts between narrative and abstract approaches to his creative process. 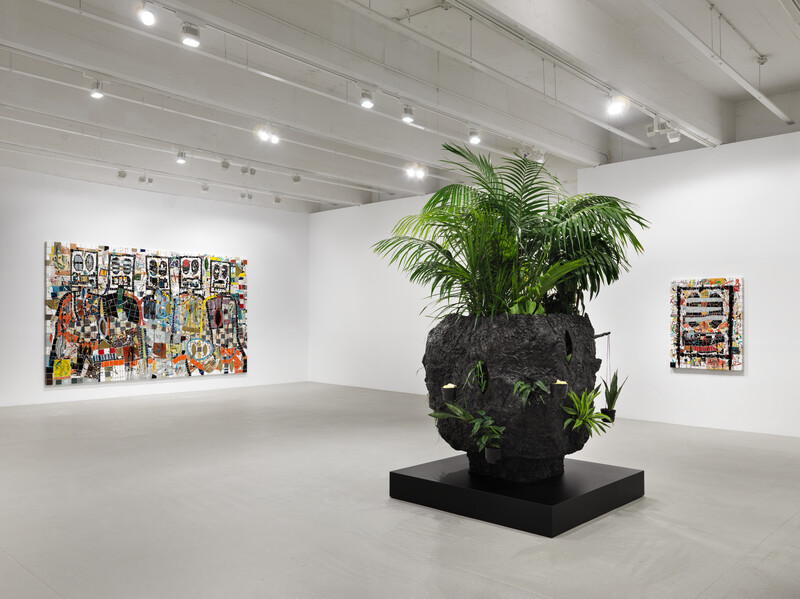 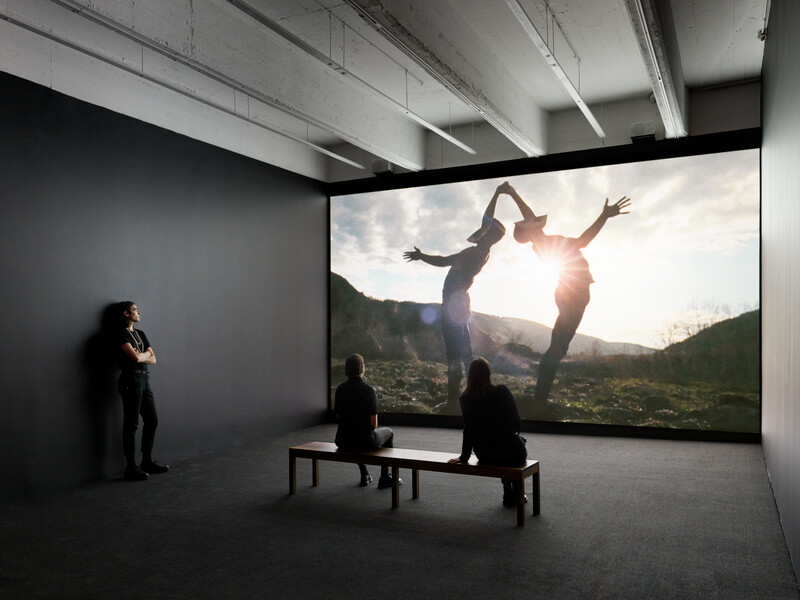 ‘I think there is more in common between the film practice and the studio practice than many would consider. A lot of the themes stay consistent for me. I don’t see my progress as an artist being a linear progress.’

In discussing his fluid approach to these varied mediums, Rashid elaborated that there will always be ebbs and flows between pushing toward the avant-garde, more abstract space, and times where he tends more toward the narrative space, prizing legibility, and strategic communications accessible to wider audiences, ‘I’m vacillating between the two without an ambition to push more toward one than the other. I’m just making what I think is important to make at this time.’

Elaborating further, Johnson described how artists today are expected to create works that respond directly to the current social and political climate: ‘I’m not sure artists are necessarily rewarded by the complexity of this time. Some as a result will become more ambitious, more thoughtful, more engaging, more sincere. And some will become more didactic, more confused in some respect, due to the expectation that we are here to translate the feelings of those who patronize the art, and become the viewer. The work [ultimately] should evolve from an honest point.’