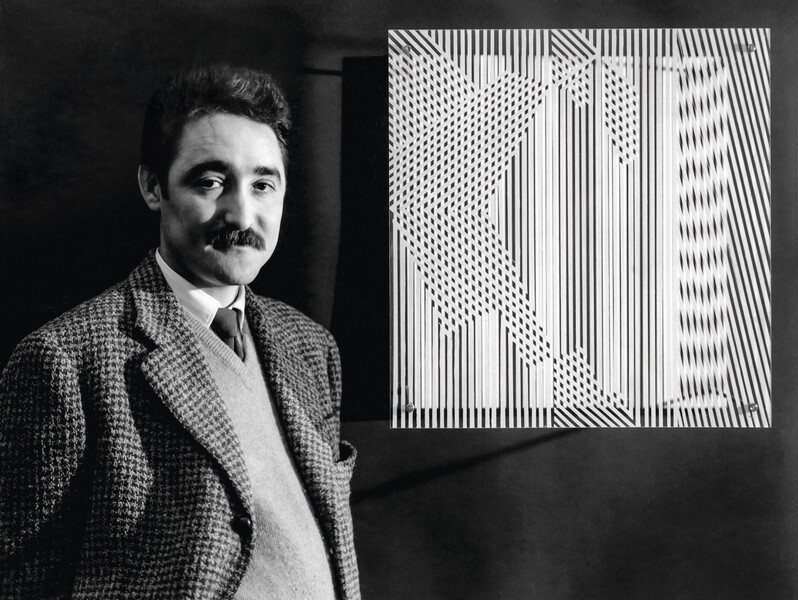 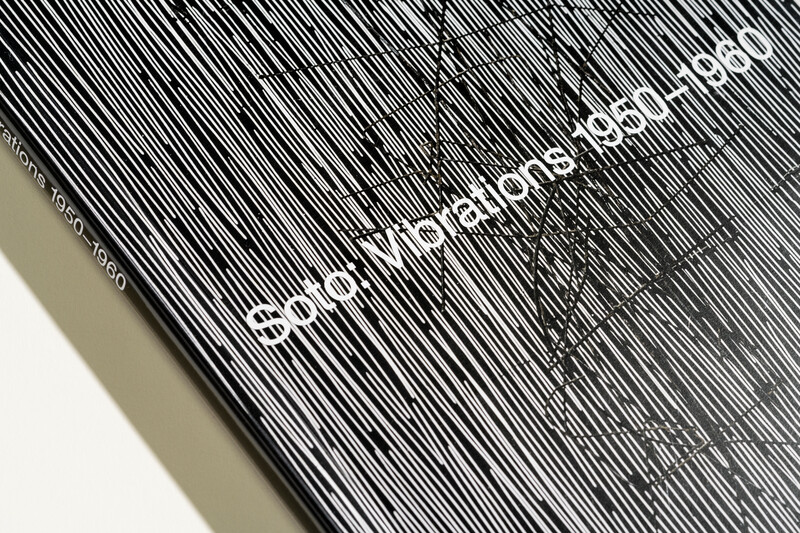 ‘In the end, for me, it is not a matter of ‘making the work move,’’ Soto emphasises; ‘the work itself is the living principle of movement.’[1] Born in 1923 in Venezuela, Jesús Rafael Soto was one of art history’s pioneering kinetic artists, whose incredible body of work incites the viewer at every stage, as it traverses the use of plexiglass, paint, wire on canvas and murals. ‘Soto. Vibrations 1950 – 1960’ at Hauser & Wirth New York, 69th Street focusses on his earliest decade of work, which shaped the diverse oeuvre and refined geometrical language that followed up to the artist’s death in 2005. This period saw the unfolding of new acquaintances, influences and experiments, which are captured in the timeline below. 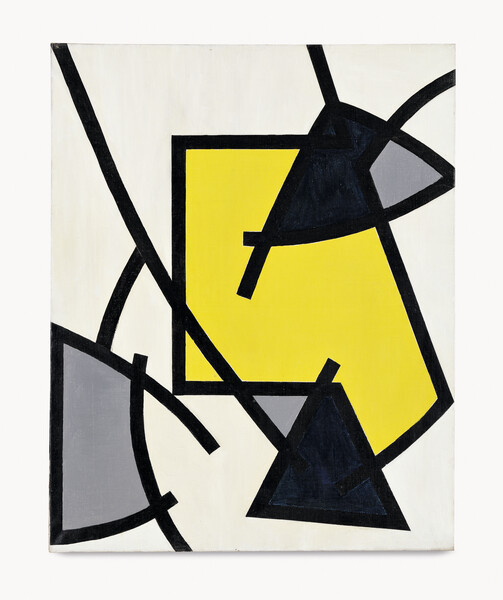 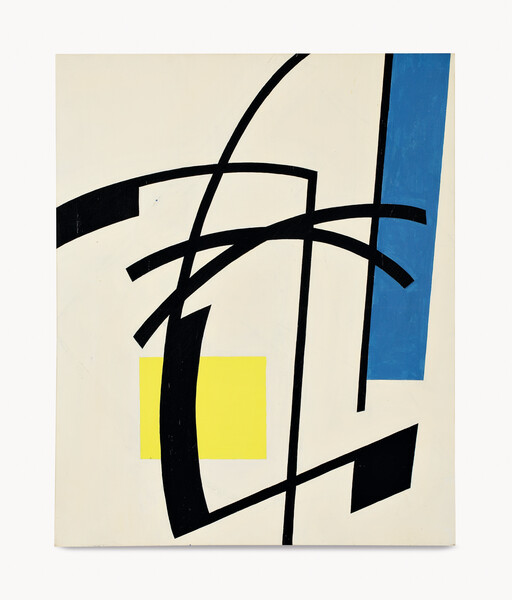 In September of 1950, Soto travelled to Paris by ship on a six-month scholarship. He lived at the Hôtel de la Paix, a residence frequented by other Venezuelan immigrants, including some of his former classmates and the poet José Lira Sosa. This year saw the creation of the artist’s Composition dynamique (Dynamic compositions) series, which were conceived in dialogue with Piet Mondrian’s precedented neoplastic language.

At the Salon des Réalités Nouvelles, Soto displayed four Compositions dynamiques (Dynamic compositions). Here, the artist was launched into conversations with an array of artists in Paris such as Albert Bitran, Horia Damian, Nicolas Ionesco, Georges Koskas, and Charles Maussion. To support himself after his scholarship ended, Soto played guitar in bars, something he would do for the next ten years. Taking inspiration from serial and dodecaphonic music, he produced his first Repetition and Progression paintings.

It was at the salon that the artist first encountered work by Ellsworth Kelly, including ‘La Combe II’ (1950-1951). Soto created Muro óptico (Optical wall) tests, which built on Kelly’s method of serendipitously intersecting green, white and black lines. This is also the year Soto likely visits an exhibition of work by Lászlo Moholy-Nagy at Arnaud Gallery, an artist whose transparent plexiglass sculptures date as early as 1926. Soto marries Hélène de Robert in April 1952. In the years to come, the couple has four children: Isabelle, Christophe, Anne, and Florence. 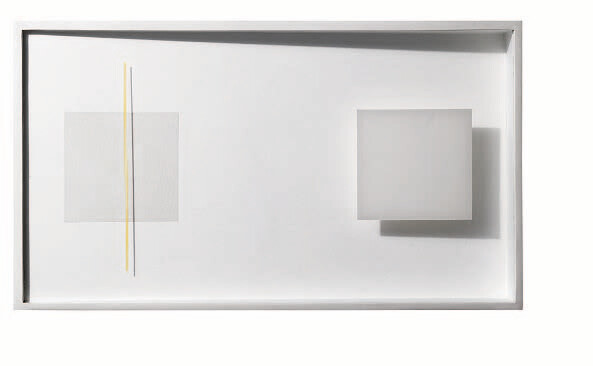 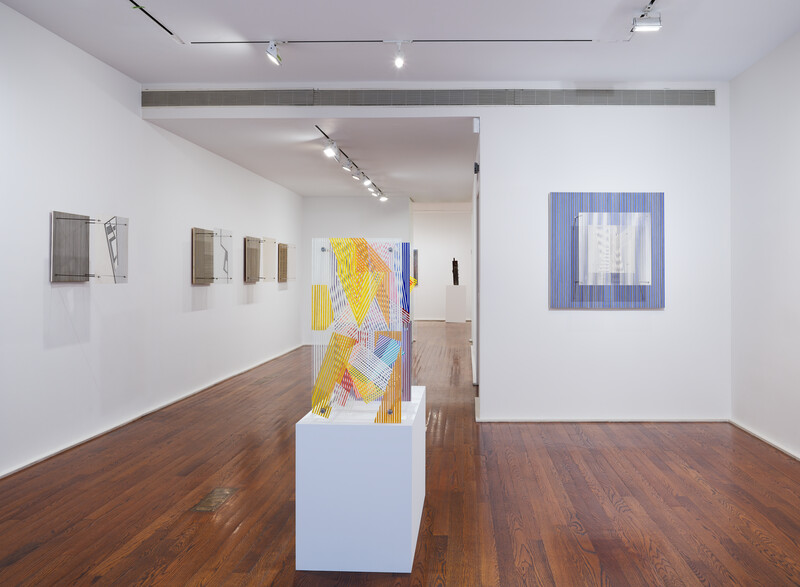 Inspired by Moholy-Nagy’s book ‘Vision in Motion’, Soto explored the possibility of harmony and resonance through superimposition. His friend, writer Fernande Schulmann-Métraux, translated Moholy-Nagy’s text for him. Soto began working with Plexiglass, and created ‘Deux carrés dans l’espace (Two squares in space)’ and ‘Evolution’ in 1953. 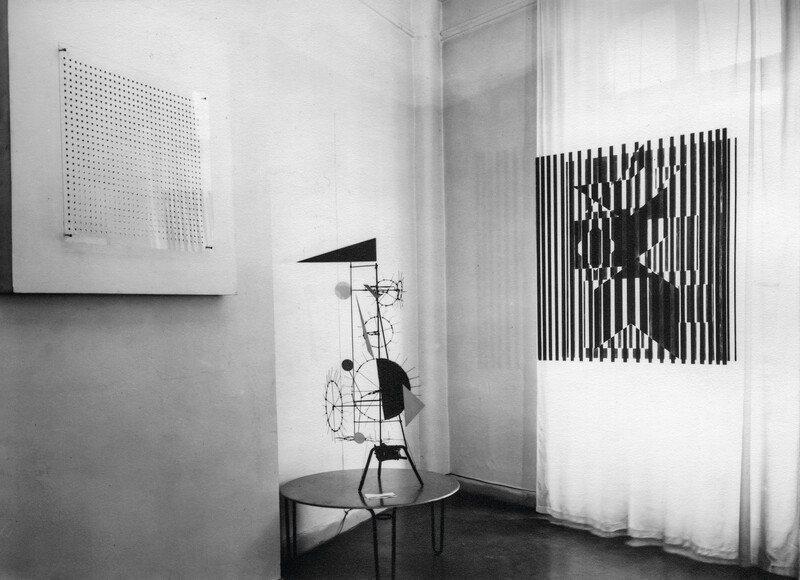 Soto exhibited his plexiglass reliefs in ‘Le Mouvement (Movement)’ at Denise René Gallery, Paris, alongside artists such as Alexander Calder, Marcel Duchamp, and others. This pivotal body of work situates Soto within the Kinetic and Optical Art movements, although he never officially aligned with these groups. It was here that the artist first glimpsed Duchamp’s ‘Rotative Demisphere’ and ‘Rotoreliefs’, which were integral to his four Spirale (Spiral) works created during this time. Soto remembered:

‘Based upon the work of these artists, I began to construct a world… telling myself that I must make use of all the elements they had set forth, but whose implications they had not fully explored.’[2]

The Spirale (Spiral) works marked a significant period where the artist integrated a deeper consideration of time into his sculptural lexicon. The art critic Jean Clay, who was also a friend of Soto, elaborated on this evolution: ‘the work exists only in the present, as a dialogue; it is not given once and for all, it is perpetually in the process of being made.’[3] In 1955, Denise René Gallery hosted a solo exhibition of Soto’s work. Eleven Structures cinétiques (Kinetic structures)—a series spanning 1955 to 1967—are displayed against a background of black paper. 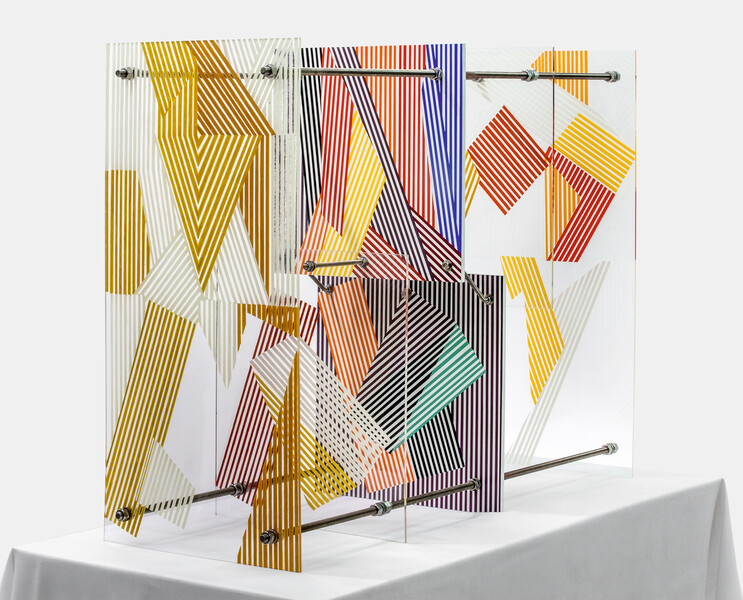 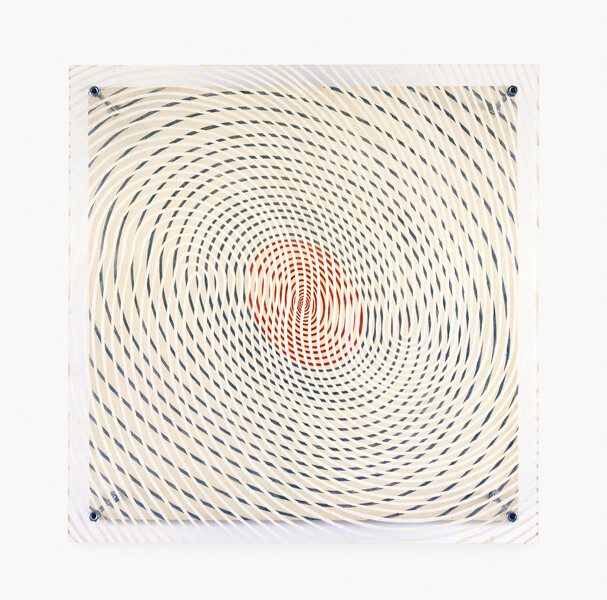 In this busy year, Soto had an exhibition at Museo de Bellas Artes (Fine Art Museum), Caracas, titled ‘Soto. Estructuras cinéticas’. He also undertook commissions, such as the construction for the Central University of Venezuela and the Venezuelan Pavilion at the 1958 Brussels World’s Fair. The creation of the work ‘Première Vibration (First vibration)’ ran parallel to this time, and it anticipated future developments in the artist’s practice, as he began to experiment with spontaneity, wire and optical vibration.

Soto started arranging metal into gridded forms against striped, monochromatic backgrounds in pursuit of a perceptually uncertain geometry. Painted metal was added to gridded forms against streaked backgrounds, as found in ‘Florence’ (1959), animating the surface of vertical lines through the dynamic juxtaposition of a gestural wire relief, effectively ‘drawing in space’. 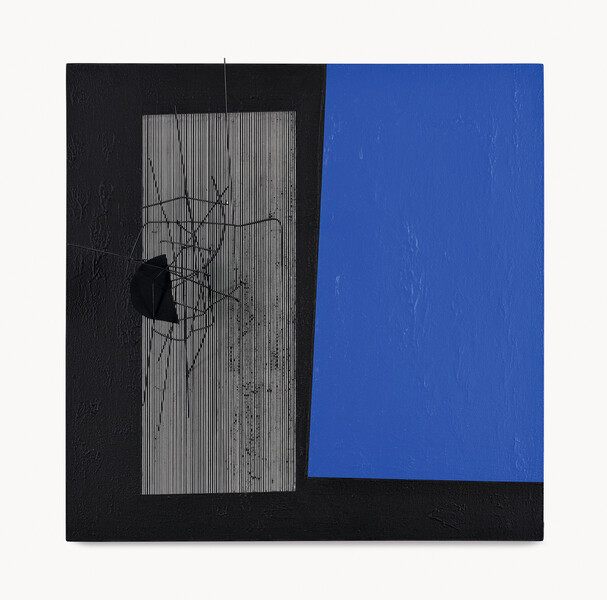 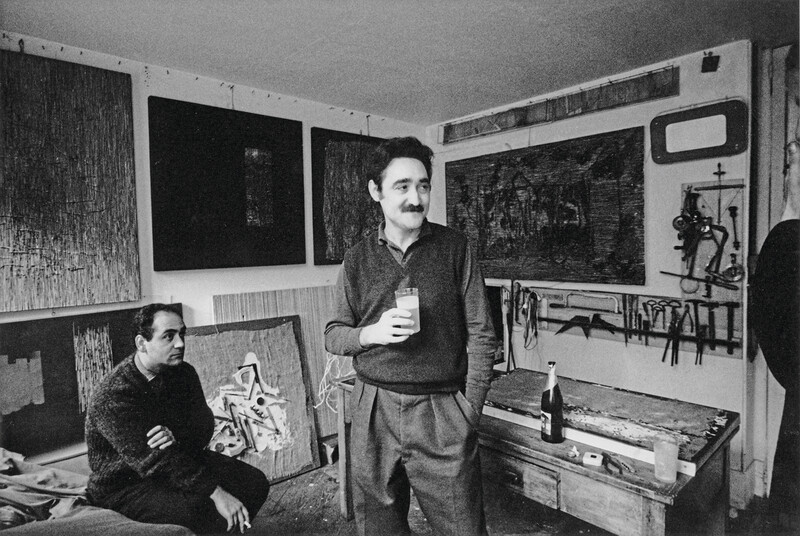 Soto’s desire to break with the stability of forms was an enduring aspect of his oeuvre, one that thrived and then surpassed his seminal Parisian period, heralding his place in the history of avant-garde and kinetic art. The artist sought to define the unique terms in which he conceptualised his work, stating ‘my painting tries to represent movement, vibration, light, space, time—all things that exist but which do not have a definite form, and the only way that I found to do this, is to try to represent the relations between them’.[4]

Amy Sherald paints portraits of everyday African Americans she encounters on the street, in the grocery store, on...