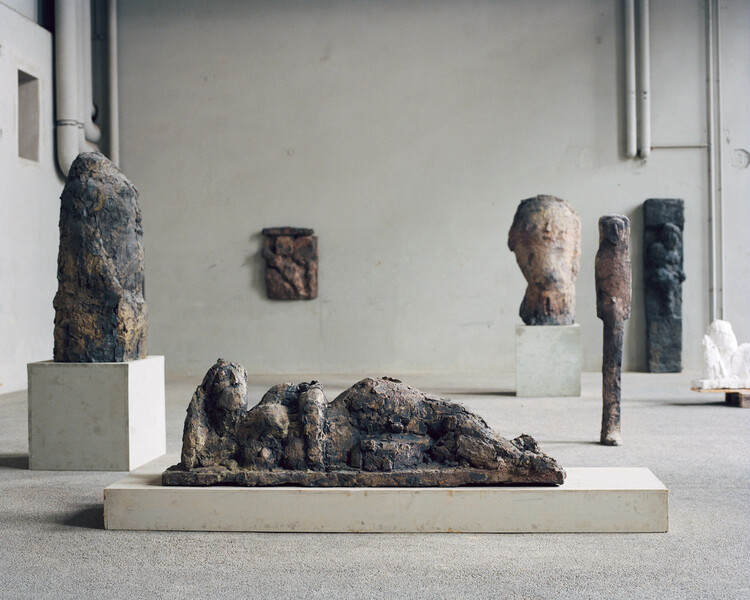 5 Museum Exhibitions in Milan This Spring

Ahead of miart and Milan Art Week 2019, highlighting five museum exhibitions featuring Hauser & Wirth artists to see in the city this April. From the reinvention of Alan Kaprow’s 1962 happening ‘Words’, to major solo exhibitions dedicated to Brazilian artists Anna Maria Maiolino and Lygia Pape, Milan will host a diverse program of events, openings and performances across public institutions, private foundations, and project spaces for the duration of the fair.

At ICA Milano from 24 March – 23 June 2019, ‘Hans Josephsohn’ is the first Italian solo show dedicated to the work of the Swiss artist Josephsohn, one of the great masters of sculpture active in the second half of the 20th century. For over six decades Josephsohn’s art sought to find a language for sculpture that contains its past and questions the existential human condition. Realized in collaboration with Kesselhaus Josephsohn, this will be the second exhibition in ICA Milano’s recently renovated industrial building from the 1930s, nearby the Fondazione Prada. 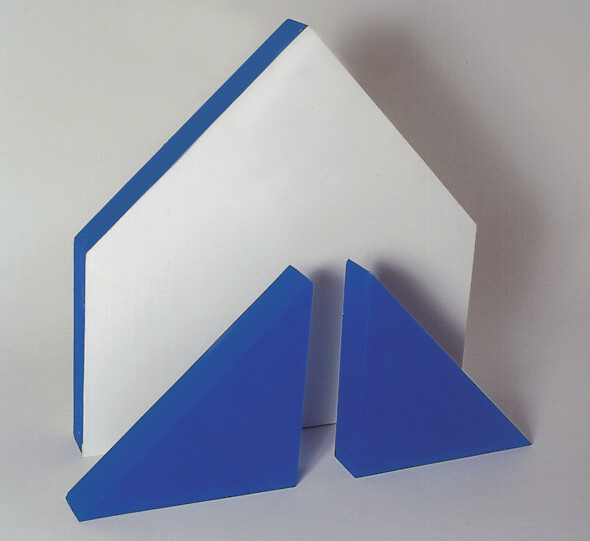 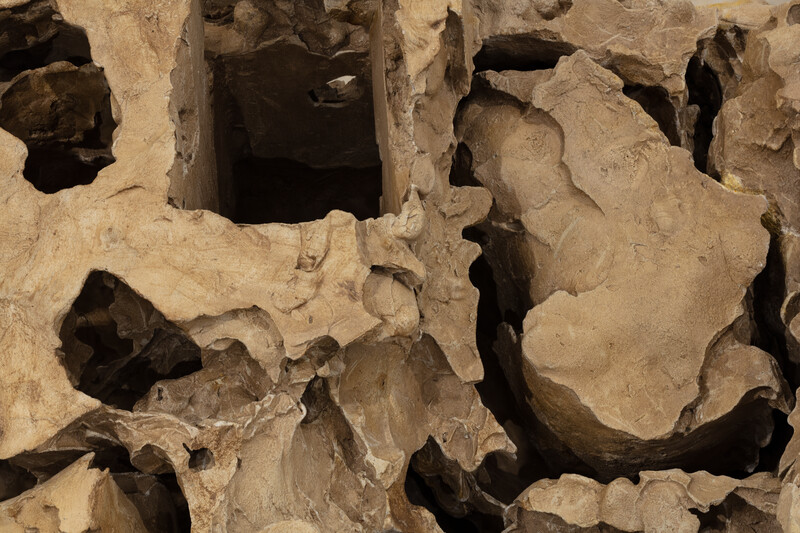 Fondazione Carriero will present ‘Lygia Pape’, on display 28 March – 21 July 2019. Curated by Francesco Stocchi, this will be the first solo exhibition ever held in an Italian institution dedicated to one of the leading figures of Neoconcretism in Brazil, organized in close collaboration with Projeto Lygia Pape. Fifteen years after the death of the artist, Fondazione Carriero sets out to narrate and explore Pape’s career, emphasizing her eclectic, versatile approach. Across a career span of 45 years, Pape came to grips with multiple languages, absorbing the lessons of European modernism and blending them with the cultural tenets of her country, generating a very personal synthesis of artistic practices.

Artist Anna Maria Maiolino is Italian-born, but moved to Brazil in her late teens. She has produced works steeped in vital force, embracing a wide range of languages and media throughout her artistic career. From 29 March – 9 June 2019 at Padiglione D’Arte Contemporanea, ‘Anna Maria Maiolino: O Amor se Faz Revolucionário’ draws inspiration from everyday female consciousness, pit up against an oppressive, censorial dictatorship – as experienced in 1970s and 1980s Brazil. The exhibition will include the Maiolino’s performance ’AL DI LÀ DI’ (2019) on 5 April 2019, with the participation of artist Gaya Rachel. Maiolino’s works study human relationships and the difficulty underlying communication and expression, travelling the faint boundary between an attention to human physicality and corporeity and a more intimate, spiritual sphere.

‘Anj Smith: The Mountain of the Muse’ will be on view at Museo Poldi Pezzoli from 3 April – 12 May 2019. This exhibition of works by Smith takes place throughout the historical rooms of the museum. Smith has created three paintings especially for the exhibition, to be shown alongside a set of three etchings, and her personal reinterpretation of three plates, two vases and a trumeau cabinet, borne out of her artistic collaboration with Fornasetti. ‘The Mountain of the Muse’ seeks to marry the past with the present, filling the rich historical space of the museum with elements of contemporary portraiture, landscape and still-life, which are employed to varying degrees in each new work. 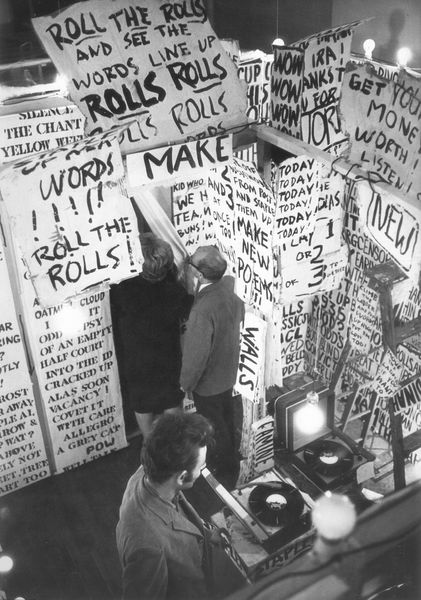 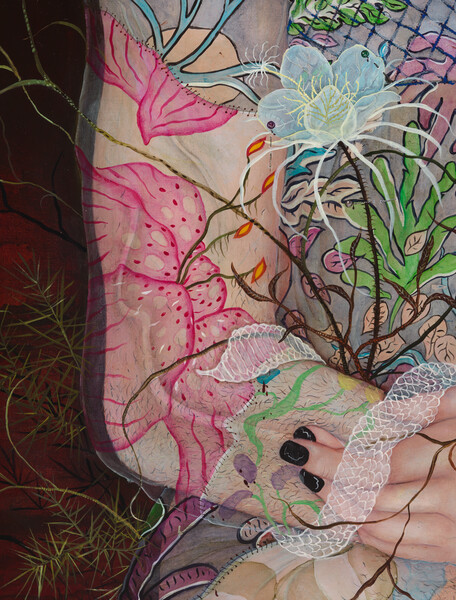 In 1962, Kaprow organized ‘Words’ at Smolin Gallery, New York. This multi-sensory, participatory environment consisted of two rooms. Words from poems, newspapers, comic and telephone books handwritten on pieces of paper or stenciled on rolls of canvas, covered the walls of the first room. The participants were encouraged to rearrange these words and add to them by writing on pieces of paper. Three records played a text recited by Kaprow while red and white light bulbs flashed on and off. In ‘Allan Kaprow: Words’ at CONVERSO from 6 April – 25 May 2019, Alexander May and Zoe Stillpass will reactivate ‘Words’ by asking 100 artists, writers, and curators to contribute 100 words each. These words will be fed into a software program that will translate them and continuously remix them. Played throughout the space, the voice of an artificial intelligence will recite this constantly evolving text. White panels on which visitors can write will cover the floor of the church. Through this interaction between people and things, images and sounds, human language and programming language, a polyphonic poem will begin to self-generate.

Hauser & Wirth’s inaugural participation at miart will be dedicated to the work of groundbreaking contemporary American artist Paul McCarthy. The presentation, which runs from 5 – 7 April 2019, charts the evolution of the appearance of the prosthetic body in McCarthy’s practice, from the PROPO series made in the 1990s, to the artist’s digital manipulation of the body which features in recent sculptures and drawings from the last few years.