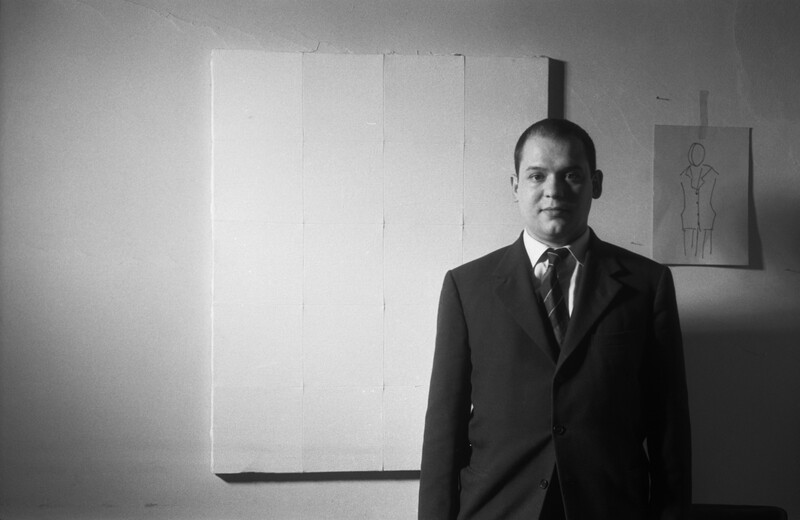 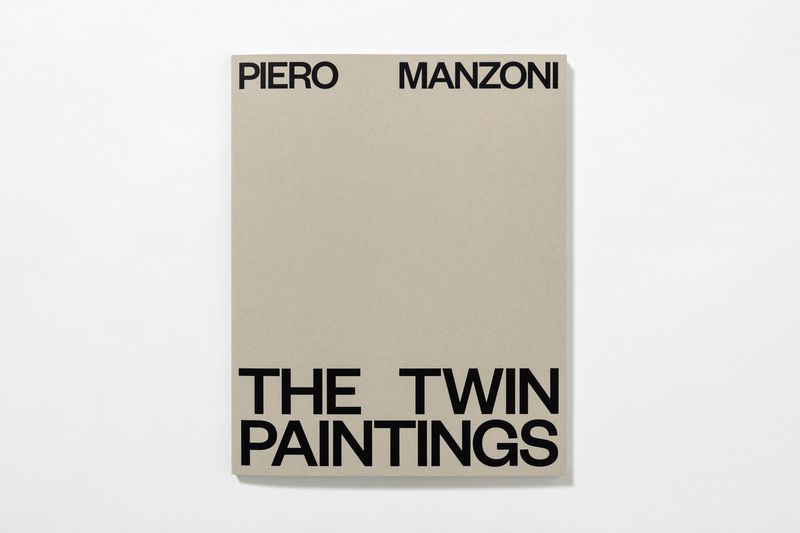 The painting is an elemental physical structure, assumed in all its concreteness, inhabited by visual occurrences that declare their indeterminate presence: appositions, superimpositions, changes in the direction of the material, partitions that are fundamentally insigniﬁcant—the horizontal line, the surface divided into squares—produced within the material itself and not superimposed artiﬁcially.

The theoretical surface is reabsorbed in the concrete fragments of support soaked in china clay, which solidiﬁes in strong and random sculptural motions whose creases are like signs bearing directions that do not respond to any reason; they enunciate object- hood without implying components of ‘visibilism,’ as was the case for almost all the artistic exploration going on in that same period, in Europe as well as in the United States. 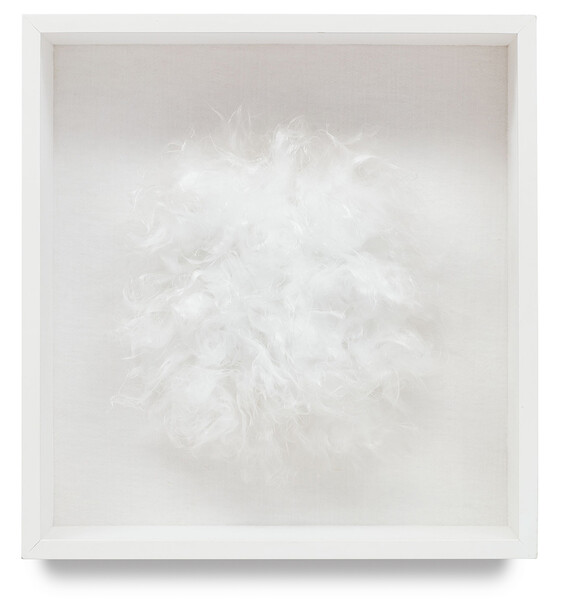 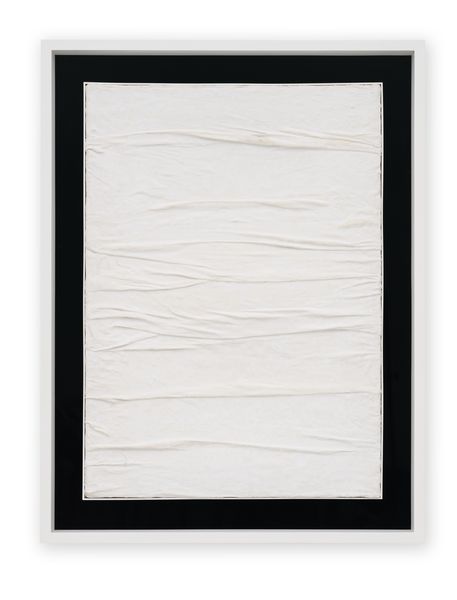 The geometric reverberation of the sign must also be interpreted according to this meaning. Contrary to the rational, meta-physical, knowledge-related moods that the century had broadly distilled, for Manzoni geometry was the source – a profanely ametaphysical one—of being; a minimalization of his process, which focused on art-making without implication, without premeditation, without intention. In the varyingly creased Achromes – as well as in those with minimal materiality, in which subdivision was achieved by overlapping portions of the canvas, or directly intervening with neat machine-made stitching—Manzoni focuses on a kind of ‘materiology.’ This relates to what Michael Fried would refer to as ‘the minimal conditions for something’s being seen as a painting’ — the conﬁguration of a presence that is objectiﬁed as a thing among things, but which visibly claims its otherness.

The general form of the Achrome corresponds, in the eyes of the viewer, to the rhetorical pattern of the painting, but its substance is pure; it has an unqualiﬁed physical presence, reduced to its primary, indiﬀerent essence. The work can thus be an object in itself and, at the same time, an abstract manifestation of thought. Photo-graphs taken in 1959 in Manzoni’s studio on Via Fiori Oscuri, Milan, show that the artist was working on a series of works of similar dimensions, reﬂecting Manzoni’s ongoing interest in his works’ impressive concrete presence. 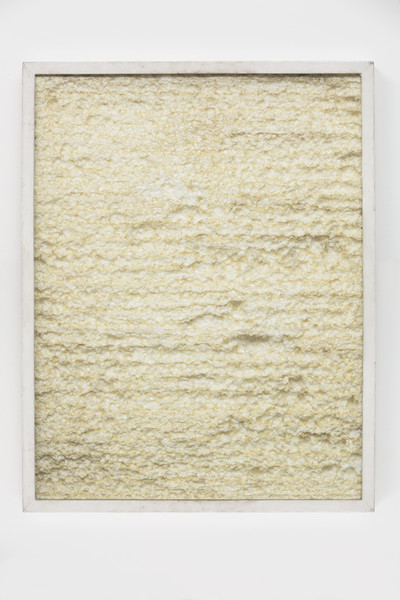 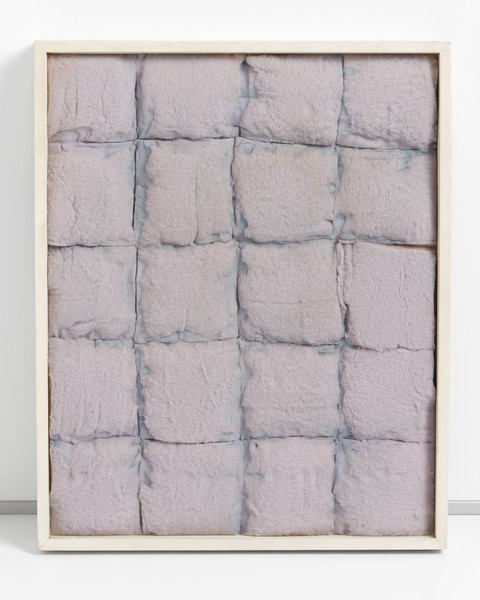 While the notion of the corporeal can be found in Manzoni’s subsequent works—from his Impronte (Fingerprints) to his Sculture viventi (Living Sculptures) to his Merda d’artista (Artist’s Shit) – white became a central concept for the artist, detached from any pictorial idiom; evident in his decision to radically alter his approach and exclusively pursue the Achromes. Manzoni’s use of unconventional materials – from cotton to cloth, to polystyrene, to stones – allowed him to emphasize the immediacy of the Achromes’ surface; with no element of their form or materiality dictated by pictorial motivations.

‘Piero Manzoni. Materials of His Time’, the first exhibition in Los Angeles devoted to the seminal figure of postwar Italian art, will be on view at Hauser & Wirth Los Angeles from 14 February – 7 April 2019.

Curator Francesco Bonami discusses Piero Manzoni's 'Achrome' (1958). 'Piero Manzoni is one of the most radical...

In addition to a rich body of works, Piero Manzoni left a trove of writings which are translated into English for...

Making & Being: Conversations about Art & Pedagogy

BFAMFAPhD presents Making and Being, a series of conversations that ask: What ways of making and being do we want to...

A highlight of the Perlstein Collection, featured prominently in ‘A Luta Continua,’ is an exceptional display of...