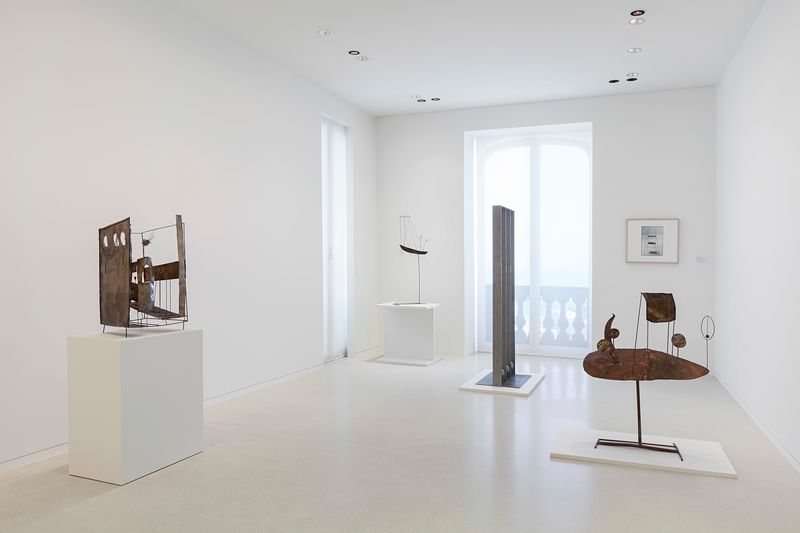 His abstract sculptures − with their mixing of architecture, music, mathematics, and science delicately expressed in brass, ceramic, or plaster − made Fausto Melotti (1901–1986) one of Italy’s most iconic and recognizable artists of the postwar period.

Yet for Italian readers since the 1990s, Melotti’s work has mostly been experienced as the ‘supporting act’ to the written virtuosity of the great Italo Calvino. From the late 1980s onward, pictures of Melotti’s sculptures have appeared on the covers of almost all of Calvino’s books published in Italy, over time reshaping the general public’s perception of Melotti’s work.The reciprocal influence of the writer and the artist, dating from the 1970s, is well known and well documented; their individual creative processes coincided in time, with the rigor and lightness of one coming to be mirrored by the abstraction and geometry of the other. Nonetheless, Melotti’s autonomous aesthetic contribution to Italian art has much deeper roots than his (unwitting) visual contribution to Calvino’s oeuvre. 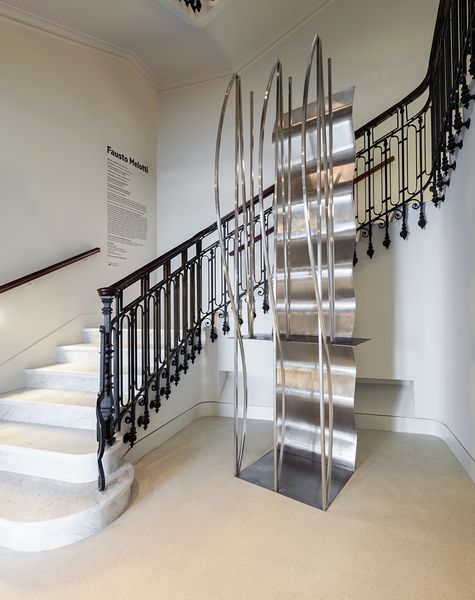 One of the many merits of the exhibition ‘Fausto Melotti’ at Nouveau Musee National de Monaco is precisely that it disentangles the two artists. It showcases the ‘Melotti before Calvino’: a sculptor in fieri, walking a tightrope between craftsmanship and the art world but already moving freely among and between plaster, ceramic, and metal, turning them into poetic gestures and visionary meditations. Curated by Eva Fabbris and Cristiano Raimondi, the show brings together approximately twenty metallic sculptures and more than seventy ceramic pieces, almost all of which were published photographically in the pages of Domus between 1948 and 1968 (before the friendship with Calvino blossomed into an intellectual jam session). The result is a visual manifestation of another of Melotti’s intense artistic relationships, one that he carried on with the influential architecture magazine (and with its founder, Gio Ponti), which in turn reveals a polymorphous figure: Melotti the artist, the columnist, the reviewer, the careful critic. Using the lens of Domus to examine Melotti both avoids a cliche?d historical approach and lends an intriguing perspective to his multidisciplinary art. 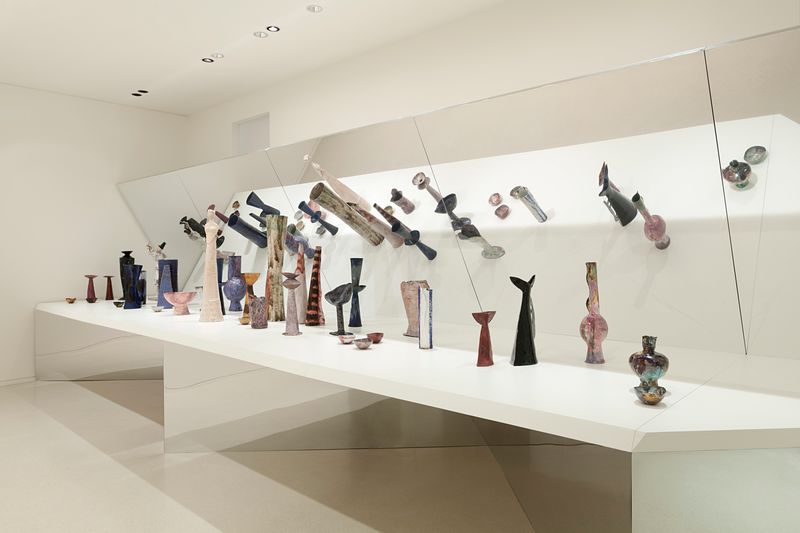 The second notable merit of the show is the way in which such multidisciplinarity is presented and displayed. The design of the exhibition − by Valter Scelsi and Baukuh − is elaborate, blending elegance and intensity, words and works, via the clever use of mirrors to break up the space and establish the tempo. This sense of rhythm is key, as it reflects a central theme of Melotti’s sculpture: born into a musical family, the sculptor often combined his investigations on the nature of art and architecture with the aesthetics of the score, uniting straight lines and curves with concave and convex elements to create harmonious compositions and multiple visual melodies. Writing about his creative process, the artist said, ‘I think that’s something similar to what happens to a composer: he goes to the piano, puts his hands on the keys, and out come the sounds, which are then organized in a pattern.’ Yet even if Melotti is known to be professionally influenced by classical music, the Monaco exhibition, with its purposeful and crafted miscellany of sculptures, photographs, ephemera, magazines, and memorabilia, is a tangible reminder that, when working in his studio, the artist preferred the unpredictable flow of the radio over Bach.

This taste for diversity is probably best expressed in an article entitled ‘L’Incertezza’ (Uncertainty) that Melotti published in Domus in 1963. With words that to a contemporary ear sound simultaneously naive and cathartic, the artist complains that to satisfy the needs of the market ‘it is necessary, it is demanded, that all the works of an artist be rigidly labeled… But speaking of our uncertainty, we don’t think of the sublime, almost theological indecision of the great spirits.’ Melotti ends his protest with a set of poetic words: ‘For all one knows, the horse that goes hopping mad and kicks against the fence may be just dreaming of nothingness.’